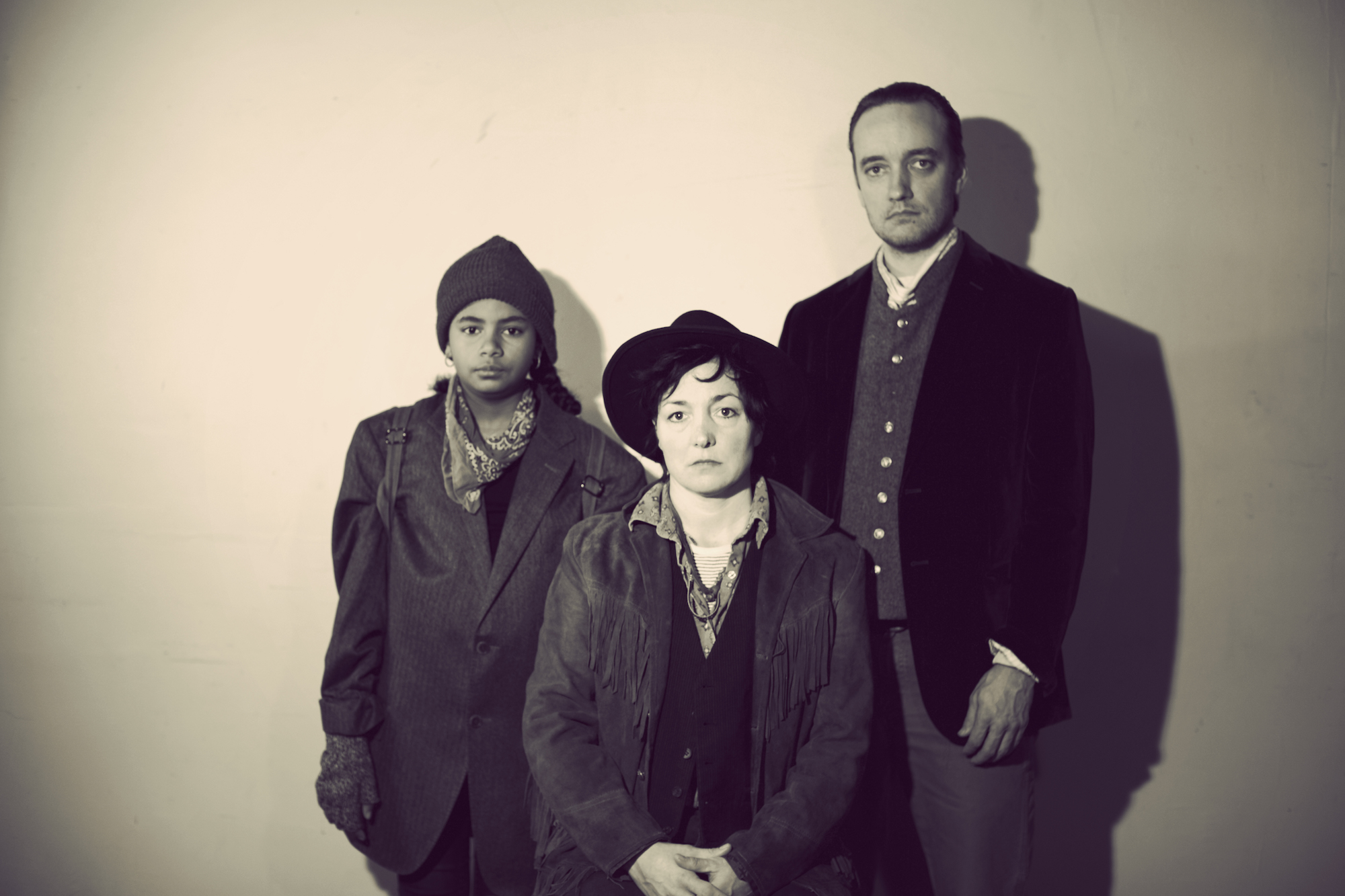 Billed as a “post-apocalyptic Western with Nerf guns,” the new performance by Seattle’s Frank Boyd and San Francisco’s Libby King sets its characters in a dystopian future where fear looms and rugged American individualism sprouts like a weed through concrete. Locals may recognize Boyd from his funny, fast-paced 2015 piece, “The Holler Sessions,” which was staged as a live radio show with a jazz-obsessed DJ. Also on stage as “the kid” is 10-year-old Maya Flory-Barnes Salas, who comes from a long line of Seattle artists, musicians and performers. With influences ranging from Samuel Beckett to Buster Keaton to the Civil War, the show aims to blend history, humor and the harrowing possibilities of a nation unhinged.

Award winning poet Ada Limón loves a good ending — not necessarily a happy one, but carefully considered one. In a 2016 interview with Seattle Arts & Lectures, she said, “I see a lot of contemporary or younger poets maybe not making choices for endings. They just leave the poem. And I always tell students: it’s like you have us in a room, we’re right there with you, we kind of have a crush on you — and then you just walk away.” Her own poems are about empathizing with nature, wanting to be Emily Dickinson’s dog, holding hands in the last moment of the apocalypse. As the author of five poetry collections, her poetic voice is evocative — vivid images spring to mind with each new line  — but most of all it’s unpretentious, like a friend whose stories are always sprinkled with glitter. For this event, part of the Word Works: Writers on Writing series, she’ll dig into endings in the form of elegies.

The Seattle glass artist, who draws so strikingly on his Tlingit heritage in his work, takes some new turns in this “exploration of the natural element, air.” Rather than perching on their pedestals, his blown-and-carved-glass birds – ravens, an eagle, a cormorant – float above them, talons out. A single raven feather in hot sculpted and carved glass appears to be in downward drift on a breeze. The one bronze work, “Family Story Totem,” is the largest he’s done (it’s eight-and-a-half feet tall). “Air” also features Singletary’s collaborations with his lifelong friend, glass artist Dante Marioni, whose Italian-style glass vessels serve as the bodies for hybrid creatures with Singletary heads. Note: Singletary has a major retrospective, “Raven and the Box of Daylight,” coming up at Tacoma’s Museum of Glass on Sept. 30.

Charles Simic, a Serbian-American poet and translator, has garnered a Pulitzer, a MacArthur and an appointment as the 15th Poet Laureate of the United States. The longtime University of New Hampshire English professor published “New and Selected Poems: 1962- 2012” in 2013, and then “The Lunatic,” a collection of new work, in 2015. Lucky for all of us, the living legend will be in Seattle to celebrate National Poetry Month with a reading at UW’s Kane Hall. It won’t be as packed as the upcoming Pearl Jam concert or Sounders game but damn it, it should be. Get into the mood with some of Simic’s poems (they’re short, profound, and their humor may catch you off guard). I particularly like the 1970 poem “Explorers.”

This event, presented by the Seattle Public Library and the Seattle Art Museum, is a celebration of QTPOC (Queer and Trans People of Color) and the SAM exhibition “Figuring History: Robert Colescott, Kerry James Marshall, and Mickalene Thomas.” Discussion, live performances, DJs and “some of the Pacific Northwest’s most talented drag royalty,” are just a few things to look forward to at this very special after-hours, FREE event.

Too often an afterthought, a good tamale is a wonderful gift, right down to its corn husk or banana leaf wrapping, tied up with a little bow. And Tamale Guy’s tamales are particularly special: Juan Garcia pulls handmade tamales of moist masa from the steamer. They’re formed around handmade fillings like pork belly, smoked chicken and flavorful veggies, topped off with salsa, pickled veggies and thinly sliced cabbage. Even the tamale-obsessed will boast that Tamale Guy’s products are the best they’ve ever had. Every week, Juan pops up around town at farmers markets, breweries and the occasional private party. This week, you can find him at Ravenna Brewing on Thursday (5-8 p.m.) and the always-wonderful Georgetown Art Attack on Saturday (6-10 p.m.). Destinations are posted on Tamale Guy’s Facebook page at the start of each week.

If you go: Tamale Guy, all around Seattle, in the evenings—N.C.

Karen Kosoglad: “The Line and the Figure”

What is more revealing? A human face or a body’s posture? Seattle artist Karen Kosoglad makes a case for posture in her new show at Harris/Harvey Gallery. The faces of her models, most of them female, are blank ovals. But the varied ways they’re posed on a couch, in a chair or on a beach evoke different moods and temperaments. In “Three Figures,” some sort of estrangement seems to have occurred between three people seated facing away from each other. Other paintings portray women in conversation, lone figures taking naps or dog-owners cuddling with their canines. Working mostly in oil or oil-and-acrylic on board, Kosoglad prefers muted pastel-like colors. There’s an off-the-cuff candor about the rich moments she captures, and a bold sense of design animating all of these pieces. She sometimes works in collage, too — but the paintings are the quiet, seductive draw here.

In 2016, local historian Frederick L. Brown published “The City is More Than Human: An Animal History of Seattle.” It’s a unique book that pays homage to the animals that are so often relegated to the background. Learn all about the important roles domesticated animals have played from Seattle’s founding through the modern day (a time when purportedly there are more dogs than children in Seattle). For this special MOHAI History Cafe, join Brown just outside the museum on the historic 1920 Virginia V Steamship, docked in Lake Union. And to prepare, check out this article by Knute Berger about how animals have shaped Seattle.