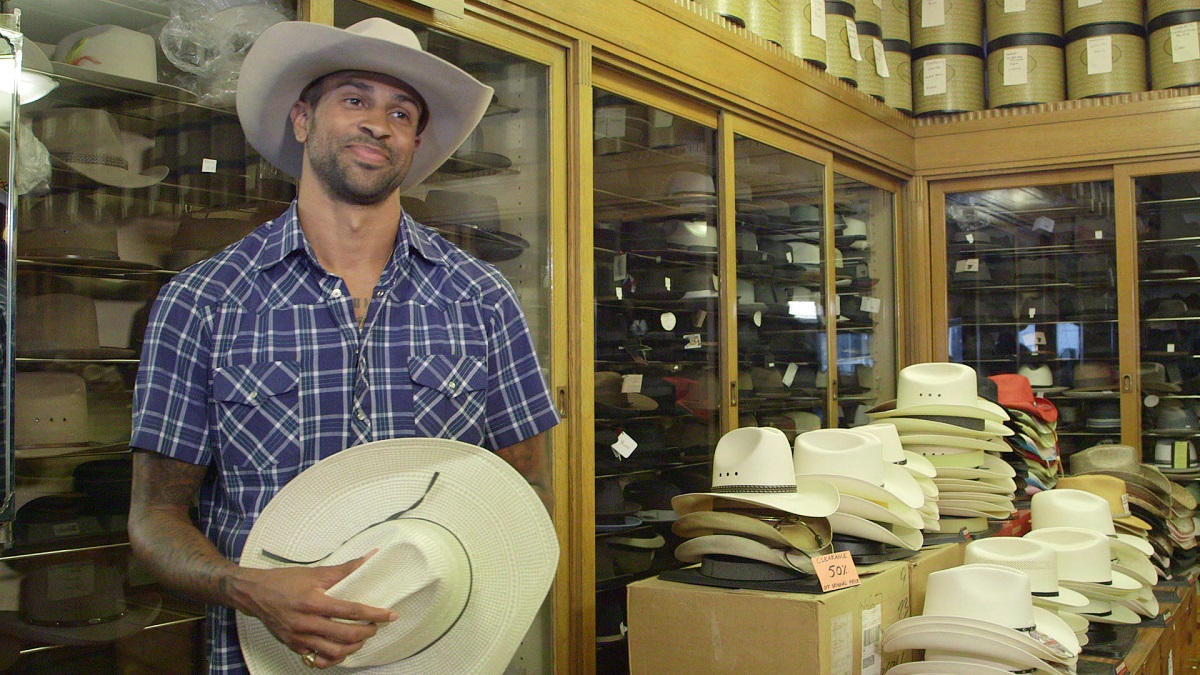 Caleb Law commutes from his ranch near Arlington to the Byrnie Utz Hat Shop in downtown Seattle every few months for some specialized Stetson hat maintenance. The venerable shop is slated to close in September. (Image from video by Stephen Hegg/KCTS 9)

It’s been gangbusters at Seattle’s Byrnie Utz Hats since owner Paul Ferry announced the venerable shop would close next month.

“It’s a landmark,” says customer James Johnson, who first bought a hat here in 1976.  “It’s part of the culture and glue of the city.”

Ferry, the owner, saved the store from closing once before when the Utz family hung up their hats in 1990. But now the 84-year-old business is apparently another casualty of Seattle’s downtown real estate boom. A New York-based real estate company that bought the building in January refused to renew the lease.

“To me, it was very personal; But to them, it was business,” Ferry explains about the Union Street store.

Coming soon, Byrnie Utz will be forced to clear its original tiger oak shelves and cabinets of thousands of hats — unless the recent waves of customers do so first. It’s been a West Coast destination for generations, known for its large variety of wares, from the finest Panama grades (costing more than $1,000) to functional headgear to fend off Northwest rain.

There are stacks of sporty English trilbies, Stetsons and urban Kangols, and rows of sleek fedoras and Homburgs. Utz was a men’s hat shop for decades until Ferry added women’s lines 10 years ago.

It’s the end of an era while, ironically, hats are enjoying a revival — especially with men. One day after the store announced it would be closing, Ferry received a consolation call from Henry the Hatter in Detroit.

“There are so few of us left that we are not competitors. We’re the sole survivors,” Ferry says.

“To be able to try on a hat you like and have somebody help you who knows what they’re doing... we’re getting closer and closer to a lost art.”

Recently, Nam Leduc stopped by with his parents who were visiting from California.  “My father knew about this store before he ever set foot in it. I’ve never seen anything like it,” he said.

Caleb Law, a Texas native who came to the area in the mid-‘90s, commutes from his ranch near Arlington to the shop every few months to get his Stetsons worked on.

“I may never get my hats shaped again because I can’t let anyone else touch them,” Law says.

Ferry plans to retire, but he, his employees and his loyal customers have hopes that an enterprising person will buy any remaining inventory and, ideally, reopen something and continue Seattle’s hat legacy.