Seattle then and now 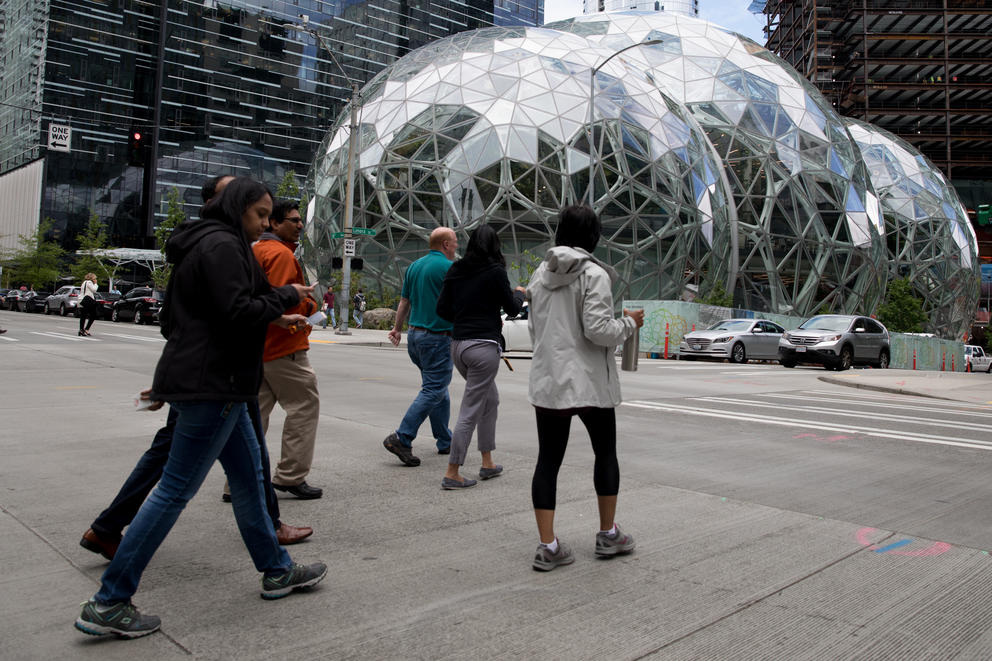 Pedestrians walk past the Amazon Spheres in downtown Seattle, May 10, 2018. (Photo by Matt M. McKnight/Crosscut)

The essential local historian Paul Dorpat and photographer Jean Sherrard have a new book coming out in October highlighting, with color photography, some of the best of their long-running “Seattle Now and Then” columns in the Seattle Times. I’ve seen advance galleys of the book and it’s spectacular. Dorpat and Sherrard contrast past and current images to tell stories about how the city has changed, or not. It’s fascinating, moving, dynamic, yet never nostalgic. Inspired by this, I decided to try my hand — without photography — with some quick impressions of life and culture in Seattle past and present. I’d be happy to hear your “Then and Now” musings too.

Then: White people moved to Bellevue because of a racist fear of Black people

Then: Had modest cabin getaway on Hood Canal

Then: Ruby Chow’s for Chinese

Then: Seattle General Strike of 1919

Then: Worried about oil spills on Puget Sound

Then: Addicted to Frango chocolates

Then: Seeing Mariners at Safeco Field

Then: Building Safeco Field with public money to save the Mariners

Now: We’re not paying for a new roof!

Then: Rebuild Seattle with bricks to avoid fire

Now: Tear down brick buildings before Big One hits

Then: Save the Market!

Now: Save the Showbox!

Then: Left town in August to avoid Blue Angels noise.

Now: Leave town in August in order to breathe.