Kent's newest historic landmarks proposal is out of this world

Could it be one giant leap for Boeing’s Apollo legacy? 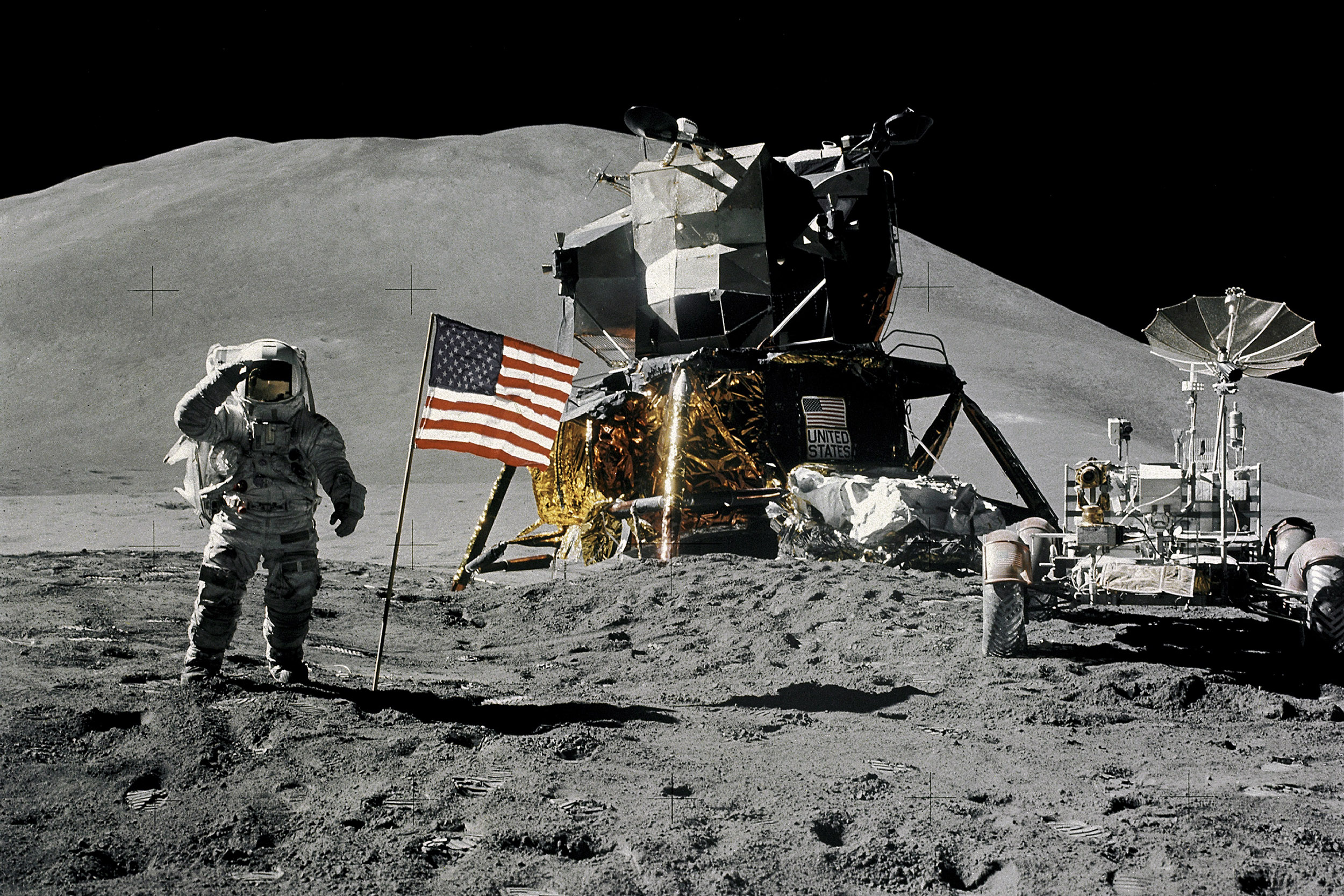 Kent is a onetime agricultural community that morphed into a suburban “Space Age” city in the 1960s and ’70s because of work Boeing did there for NASA. Boeing helped develop the Saturn V rockets that powered the Apollo flights to the moon. It built unmanned lunar orbiters and developed the famous Lunar Roving Vehicles for three missions that put three dune-buggy-like vehicles on the moon’s surface, where they remain to this day. The special vehicles were developed, tested and assembled at Boeing’s Space Center in Kent.

With the 50th anniversary of the Apollo 11 moon landing approaching on July 20th, the city of Kent’s Landmarks Commission is going to consider, at a hearing scheduled for July 25, whether to grant landmark status to those iconic moon vehicles left behind by Apollo missions 15, 16 and 17. If they do, it will be the first time any community on Earth has given protections to the lunar rovers.

How can you landmark something that is some 240,000 miles away and not even on this planet?

Well, that is a problem because Earth’s laws, including heritage protections, do not extend to moons and other planets. But it has been done before as a symbolic gesture. In 2010, for example, the states of California and New Mexico extended protections to Apollo 11 items left at Tranquility Base, including equipment, the landing module and even the waste left behind. And the United Nations has begun talking about how to deal with space heritage sites. A group called For All Moonkind is devoted to promoting Space Age preservation efforts.

The threat to Apollo heritage is, of course, humanity itself. We went to the moon before. It won’t be much longer before people go back. Jeff Bezos’ company Blue Origin is also located in Kent, and Bezos has a strategy for building a moon base as a step toward colonizing the solar system. His company also designed a lunar lander called Blue Moon. The U.S. and other countries — China, Russia, Israel — are looking at future moon missions. Do we really want cosmonauts or unmanned rovers treading on Neil Armstrong’s famous footprint?

In space writer Oliver’s Morton’s new book, The Moon: A History for the Future, he writes, “There are worries about preserving some or all of the Apollo landing sites in their current, abandoned and historic state in the face of the visits that will surely come.”

In an age when billionaire entrepreneurs and tourists might be the first wave to go back, there are no park rangers to protect these historic sites. Being on the lunar surface, they exist in an almost perfect stasis —as they were the day the astronauts left. Armstrong’s footprint could last a million years untouched. But what would happen if wealthy Instagram-obsessed tech bros on spring moon break show up and decide to tromp around and take souvenirs?

For All Moonkind co-founder Michelle Hanlon, associate director of the Center for Space Law and instructor at the University of Mississippi, has written that the lack of international protections poses a real threat. “There is no law against running over the first boot prints imprinted on the moon. Or erasing them. Or carving them out of the moon’s regolith and selling them to the highest bidder.”

For the city of Kent, typical landmark protection is not the main goal, says Sarah Martin, a Seattle-based cultural resources specialist who prepared the Lunar Roving Vehicles landmark application on behalf of the Kent Downtown Partnership, a local booster group. Martin was picked for the job in part because she had done the successful 2018 landmark application to the city of Tukwila for Boeing’s Little Red Barn, attached to the Museum of Flight. In the rovers’ case, landmark designation is basically honorary, she says. A draft of her landmark application reveals a very thorough documentation of the lunar rovers and their significance to Kent, the world, and the moon.

Still, honorary or symbolic designation matters for a variety of reasons. One is it says, “We care.” Another is that folks in Kent want to raise awareness about the rovers’ historic importance.

They are truly remarkable pieces of technology, designed to work in temperature extremes in an environment without oxygen, and rolling on a surface no humans had driven on before. The rovers were collapsible, they had to be light and compact enough to be flown to the moon, yet durable enough to hold hundreds of extra pounds, including two space-suited astronauts, camera and communications gear, and haul samples — moon rocks — the Apollo missions were charged with bringing back to Earth. The rovers allowed astronauts to get within reach of a variety of terrain and geologic features to see them up close — mountains, valleys and craters that could not have been reached on foot. The samples significantly aided lunar science and exploration.

They were also a blast to drive in low gravity (the rover speed record was a tad over 11 mph.). On the Apollo 16 mission, astronaut John Young put a rover through its paces, skidding, bouncing over craters and throwing up rooster tails of moon dust from its unusual chain-mesh wheels. His companion, astronaut Charlie Duke, said “Indy’s never seen a driver like this.”

The hope is also that the designation will help raise awareness of Kent’s important role in the Space Age, as well as Boeing’s major contribution. Boeing archivist and historian Michael Lombardi has been quoted as saying of Kent, “This is a home for space.” It certainly was the home for the ingenuity of Boeing engineers and other workers of that era. The Boeing Space Center was started in the mid-1960s and the rover project went from 1969 to 1972. The rovers built in Kent appear to meet at least two of the city’s landmark criteria: They made a broad impact on local, national and world history, and they are distinctive in their design and construction. There’s nothing else in the solar system like them.

If Kent successfully landmarks the rovers, it will be making its own giant leap by stepping up to make a statement about the importance not only of Kent or Boeing or NASA or Apollo, but about the importance of valuing humanity’s accomplishments wherever they might occur. It would be a lesson in stewardship that we would do well to take into space on future missions.