If the banks' lawsuit is successful, it could change the pattern of last-minute legislating in Olympia. 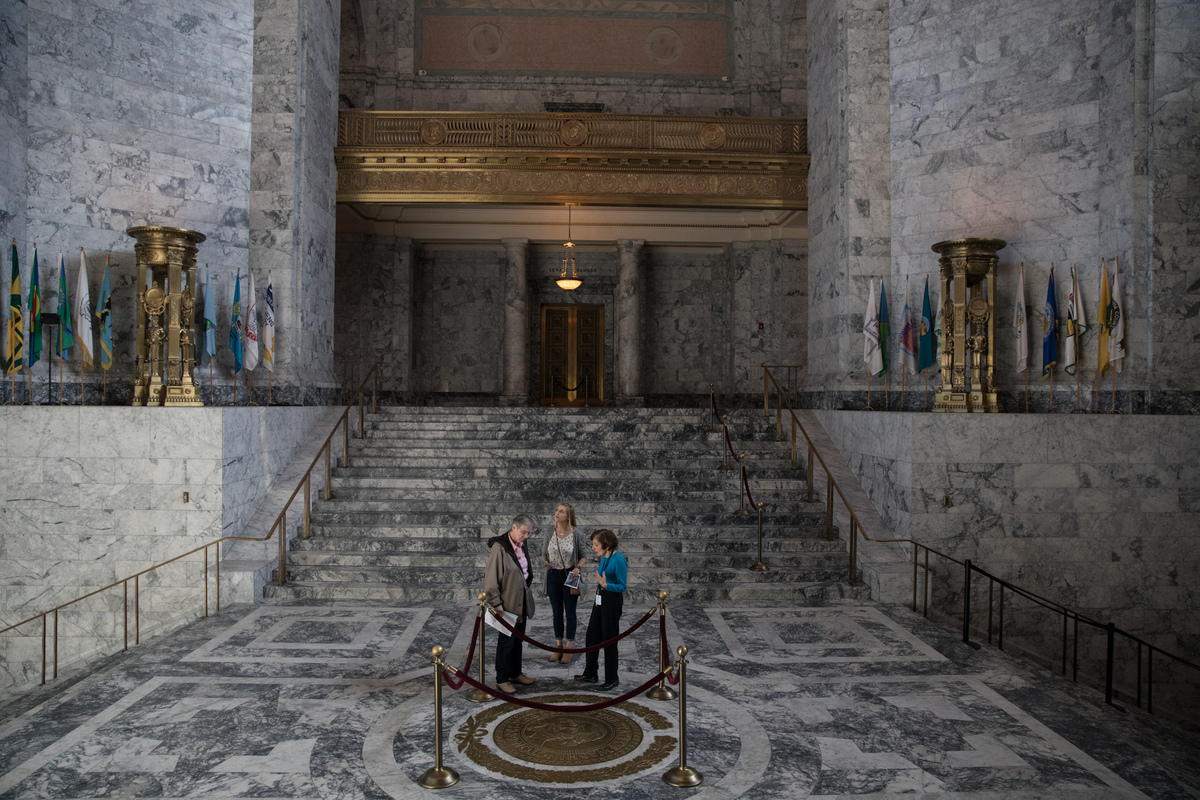 Three people stand in the rotunda of the Legislative Building in in Olympia, Oct. 18, 2018. (Matt M. McKnight/Crosscut)

Washington state lawmakers have a long, bipartisan history of last-minute legislating. But one tool they often use to rush through legislation in the frenzied hours before they adjourn is now being challenged in court.

If successful, the banking groups' lawsuit could put an end to lawmakers' pattern of introducing bills and swiftly passing them in the final days of a legislative session, a practice that allows little time for the public to comment on the legislation.

That's what happened in April, when Democratic leaders introduced and began passing taxes to pay for their new two-year budget deal, even before revealing how they planned to spend the money. The text of the final budget deal wasn't publicly released until one day before the lawmakers adjourned.

Lawmakers also sparked controversy in 2018, when they rushed through a bill that would have exempted themselves from the state’s Public Records Act. That bill was introduced and passed over the span of about 48 hours, drawing outrage from citizens and, ultimately, a veto from Gov. Jay Inslee.

The banking groups' lawsuit focuses on part of the state constitution that says bills introduced in the final 10 days of the session must receive a two-thirds majority vote to pass. The bank-tax bill, House Bill 2167, didn't meet that higher-than-normal threshold.

Yet because lawmakers added the bill's language onto a blank bill that had been introduced weeks earlier — a type of legislation known as "title only" — lawmakers said it didn’t have to meet that constitutional requirement.

That’s now up for debate.

The lawsuit, filed earlier this month in King County Superior Court, argues that passing bills in this manner is indeed a constitutional violation, despite being an “open and notorious practice by Washington legislators.”

“Unconstitutional practices are not made constitutional just because they have been carried out for a period of time and not challenged in court,” said Rob McKenna, a former Republican state attorney general who is representing the banking associations as an attorney in private practice.

McKenna noted that up until two days before legislators adjourned in late April, the text of the bank-tax bill had no substantive content, reading only, “The legislature intends to enact legislation concerning tax revenue.”

Glen Simecek, CEO of the Washington Bankers Association, said the bill’s sudden appearance so close to the Legislature's scheduled adjournment made it difficult for his members to analyze all the potential effects.

The bill is set to raise the business and occupation tax on large financial institutions — those making at least $1 billion in net income per year — from 1.5% to 2.7%. About 20 large banks will be affected by the tax increase, which is projected to raise about $133 million over the course of the state’s current two-year budget cycle.

Simecek said a tax increase of that magnitude affects not only the banks, but also the local companies and customers that do business with those banks.

“All those people are cut out of the process when stuff goes through on literally the last business day of the session,” Simecek said. “... If it’s good public policy, let’s do it in the town square, not do it in the dark of night.”

The state Department of Revenue, the lead defendant in the lawsuit, declined to comment this week.

State Rep. Gael Tarleton, a Seattle Democrat who chairs the House Finance Committee, said the bank-tax bill was introduced late in the session as a last-ditch effort to prevent the Legislature from failing to reach a budget deal and going into overtime.

She said the tax measure became necessary after the House and the state Senate, both controlled by Democrats, couldn’t reach an agreement on a plan to tax capital gains, which would have included income from the sales of stocks and bonds.

“I have always believed in having a Plan B, if the original plan does not fly,” said Tarleton, who sponsored the bank-tax bill.

State Sen. Christine Rolfes, who chairs the Senate’s budget-writing committee, wrote in a text message that she has been critical of title-only bills in the past, as they “aren’t the best practice.”

However, Rolfes noted that "title-only bills have been used in the Legislature for decades, regardless of which party is in power."

“They serve as a way to finish our work on time, guard against drafting errors and to reconcile the two different budget proposals put forth by the House and Senate,” wrote Rolfes, D-Bainbridge Island.

Some lawmakers, however, say they’d prefer to go into overtime rather than rush bills through the Legislature without time to consider all the potential angles.

State Sen. Mark Mullet, D-Issaquah, was one of five lawmakers who requested that Inslee veto the bank-tax bill in May.

Because the bill appeared on the Friday before the weekend when Legislature was scheduled to adjourn, Mullet said he was unable to get a legal analysis from the state Attorney General’s office before the measure came up for a floor vote.

Mullet said he worries that since the measure was tailored to affect only banks that are based outside of Washington, it could run afoul of the commerce clause of the U.S. Constitution, which he said exists to ensure that in-state and out-of-state businesses have “a level playing field.”

“If you pass a law that clearly gives a home-field advantage — even if it is structured in a way that doesn't explicitly say that, if that’s the end result — it seems unfair,” said Mullet, who chairs the Senate Financial Institutions, Economic Development and Trade Committee.

The lawsuit from the two banking associations echoes Mullet's concerns. In addition to challenging the tax based on the rushed process, the complaint states that the tax violates the commerce clause.

The lawsuit asks a judge to declare the tax illegal and unenforceable, as well as to make the state pay the banking associations' attorney fees and court costs.

House Minority Leader J.T. Wilcox, R-Yelm, said he suspects that some people might not feel great sympathy for 20 of the largest banks in the country. However, Wilcox said other businesses and individuals could just as easily be cut out of the public process in the future. In May, Wilcox, too, signed the letter asking Inslee to veto the bill.

“What you can do to the banks, you could do to anybody,” Wilcox said this week.

That’s what concerns Toby Nixon, the president of the Washington Coalition for Open Government.

“It’s super frustrating for members of the public, who I think really are entitled to be able to see the bills that are proposed well before they are voted on, so they can contact their legislators and tell them the impact the potential legislation will have on them,” said Nixon, who previously served as a Republican legislator in the 2000s.

“To have something that was a blank bill right up until basically the day it was going to be voted on to me is unacceptable,” Nixon said this week. “It is disrespectful to the opinions of the people of the state and the stakeholders to do anything like that, and basically legislate in secret.”

Simecek, the CEO of the Washington Bankers Association, said he hopes that if the groups' lawsuit is successful, it will change the way lawmakers conduct their business in Olympia. He said everyone should have the opportunity to thoroughly review legislation before it is passed, which he said was the original goal of the constitutional rule discouraging last-minute bills.

“Just because we’re the latest industry to be impacted, it doesn’t mean that every business and every citizen doesn’t have a stake in putting this to rest once and for all,” Simecek said. 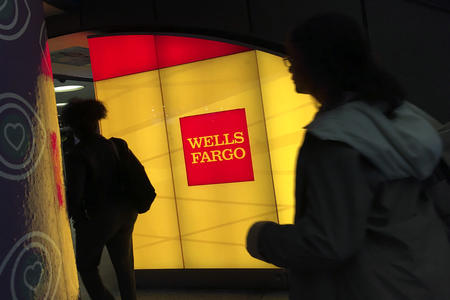 by / April 26
Article continues below