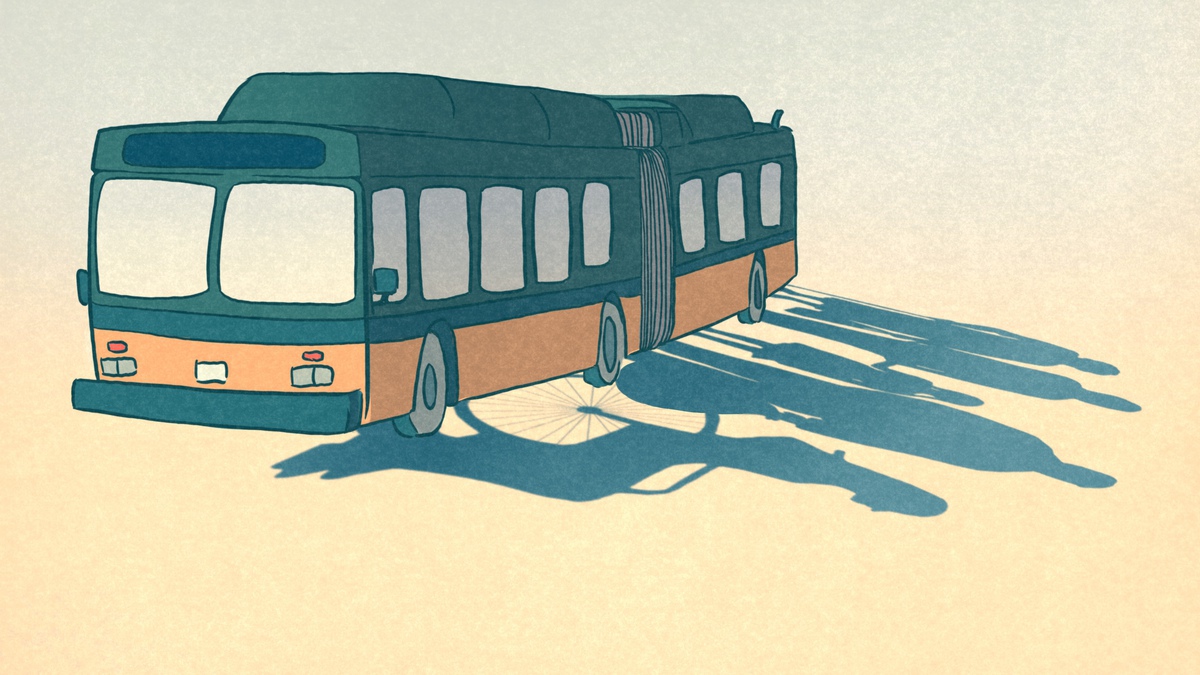 As the coronavirus pandemic has unfolded across King County, our lives have changed dramatically. So too have the systems that structure daily life — like public transit.

For most of us, sequestered at home, anxiously scrolling through stories of sickness and death and hospitals running out of supplies, transit isn’t top of mind just now. Our elected leaders have their hands full, too, juggling the urgent demands of the moment. But we also need to start thinking ahead. If we don’t start making plans soon, our regional transit system is headed for a precipitous slide that will continue far beyond this public health crisis.

It all started with simple hygiene: In the first week of March, King County Metro and Sound Transit began disinfecting buses and trains daily. Then came social distancing. A week later, both agencies stopped doing fare enforcement. A week after that, they ceased fare collection altogether, instructing riders to board buses through the back door if able to maintain a safer distance from the driver. What a way to arrive at fare-free transit.

Read more about the case to tax big businesses to fund coronavirus relief.

Then, on March 23, the service cuts began. With so many people working from home or laid off, and nonessential outings strongly discouraged, transit use had plummeted. Metro announced 25% cuts to bus service, reporting that ridership was down 60%. Sound Transit reduced service, too. Of course, public transit is still a daily necessity for many people, including hospital and grocery workers on the front lines of the pandemic. Both transit agencies have said they’re trying to maintain sufficient service such that people who need to ride can still give each other a wide berth.

These cuts make some sense — why run empty buses and trains? But they’re also an ominous foreshadowing of what may come. Low ridership isn’t the only reason to pare back service. With businesses closing left and right and tourism vanished, the circulation of money in our local economy has slowed to a trickle. That means sales tax revenue is dwindling, too. Sales tax happens to be the primary funding source for transit, accounting for over half of King County Metro’s operating budget and 58% of Sound Transit’s revenue last year. When the pandemic eases up and we’re all free to congregate once more, money will start flowing again, but few expect the economy to spring back like a rubber band. No one knows how deep or prolonged a recession we’re sliding into, but it’s not looking great for transit.

A glance back at the last major global downturn is instructive, though not especially comforting. In the wake of the 2008 financial crisis and sales tax crunch, King County Metro made moves to avoid cutting service, including raising fares several times, digging deep into capital reserves and tightening up the bus schedules so much that drivers no longer had time to pee. Finally, in 2011, still facing an annual shortfall of $60 million or more, the agency prepared to cut bus service countywide by 17%. At the eleventh hour, responding to a deafening public outcry, the King County Council saved the day, raising stopgap funds by passing a $20 car tab fee.

But that’s not going to work this time around. Tim Eyman’s Initiative 976, which passed last fall and is still tied up in court, turned car tab fees into political poison. No elected official is going to stir that pot anytime soon.

On top of all this, Seattle has an immediate transit funding problem to solve. At the end of this year, the transit ballot measure Seattle voters passed in 2014 — 0.1% sales tax and $60 car tab fees, bringing in about $50 million annually — will expire. If these funds aren’t replaced, Seattle will lose not only a large chunk of bus service, but also popular and vital programs such as the free youth ORCA passes that students at Rainier Beach High School fought for and won in 2015.

Before the coronavirus crisis hit, King County was on the verge of committing to an August ballot measure that promised to give our countywide bus system a much-needed boost, in addition to replacing Seattle’s expiring funds. But very quickly, with job losses and economic anxiety mounting, asking county voters to say “yes” to a regressive tax went from challenging but doable to really poor judgment — so now those plans are out the window.

That’s an awful lot of doom and gloom, so here’s a smidge of good news. The federal stimulus package passed last week includes $25 billion for transit. This bailout is much needed, since transit agencies around the country are all in the same leaky boat. It’s not yet clear how much of that funding will be coming through to keep our regional transit system afloat. What we can say for sure is that, while it will surely help, it won’t be anywhere near enough.

So what else can we do? How can we avoid a fate like the one Pierce Transit riders suffered in the wake of the last recession, seeing their bus service slashed by 35% in 2011, and then 34% more two years later? There’s no single obvious answer. Most likely, we’ll have to cobble together funding from several sources to keep our transit system whole. Now is the time to explore every avenue in the hope that a few will lead somewhere.

Most immediately, Seattle must get to work on a plan to replace its expiring transit funding before the end of this year. Seattle City Councilmember Alex Pedersen, who chairs the Transportation Committee, told me he’s on the case: “With King County deciding not to pursue a regional bus measure for the August ballot due to the coronavirus crisis, I want to assure Seattle that it’s a priority for me to maintain an extensive transit network relied upon by workers, businesses, seniors and nearly everyone else throughout Seattle.” Good to hear. At the same time, King County may be able to reconsider a measure when COVID-19 is more under control, so while taking action, Seattle should try to leave open future collaboration with the county.

The obvious move is to put a measure before Seattle voters this fall. With the I-976 lawsuit unresolved, we can’t renew the $60 car tab fees, but the transportation sales tax could be bumped up to 0.2%, the maximum allowed for a Transportation Benefit District. This may be the most sensible path, but it’s far from ideal. A sales tax is horribly regressive, and as we’re seeing now it’s also extremely volatile; if we weren’t heading into a recession, we’d be OK, but as it is, this measure by itself won’t raise enough to prevent substantial cuts. Seattle voters will probably pass it, but these are weird times, so who even knows?

Therefore, Seattle council members and Mayor Jenny Durkan must seek other revenue options, too. They have some license to get creative. A 2017 state Supreme Court decision upholding Seattle’s gun tax suggested that cities have broader powers of taxation than many had previously assumed. The city should immediately convene experts and advocates to assist in compiling and assessing options. This isn’t solely for the benefit of public transit; the city is already projecting steep revenue losses that will impact all areas of the city budget.

We already know there’s one major Seattle revenue option as yet untapped: the much-debated big business tax. Transit service might not be the first or even the second urgent need in line for this revenue, but you’ve got to admit it makes some sense to ask large employers to contribute to a transit system that carries their employees to work and keeps the roads passable for deliveries and freight.

I’m optimistic that Seattle can rally and avoid deep cuts. But our transit system is regional, and King County and the tri-county Sound Transit district are in a more difficult position. They have fewer options to raise revenue and electorates less inclined to approve every tax measure that pops up on their ballot. Sound Transit’s challenges include not just maintaining service but also laying track and opening new stations — projects already under threat from I-976. It’s clear that we need help from the state.

State legislators must prepare to do two things when they reconvene. First, they must greatly expand the taxing authority for Transportation Benefit Districts like Seattle, King County and Sound Transit. How about a nonresidential parking tax? A payroll tax or an employee hours tax? We simply need more and better options. Second, the state must start investing far more funds directly in public transit, including transit operations, instead of building new highways. State transportation funding is already in crisis in the aftermath of I-976, now compounded by recessionary revenue losses. As legislators figure out how to salvage our state’s transportation system, they must also pave the way (or build the rails?) for a future beyond fossil fuels. That means making sure public transit comes out ahead.

In recent years our region has established itself as a national leader in public transit. Ridership here has climbed upward, even as it’s fallen in most other U.S. cities. That’s largely because we’ve made a series of major investments in our transit system, from opening new light rail stations to building out a network of RapidRide lines and expanding bus service. We can’t let this progress be rolled back, not by a pandemic, not by a recession. Public transit is the future and we have to fight for it.