A diary of death and disdain in the time of coronavirus

A Seattle professor ponders lessons learned by the spread of a virus — and of misinformation. 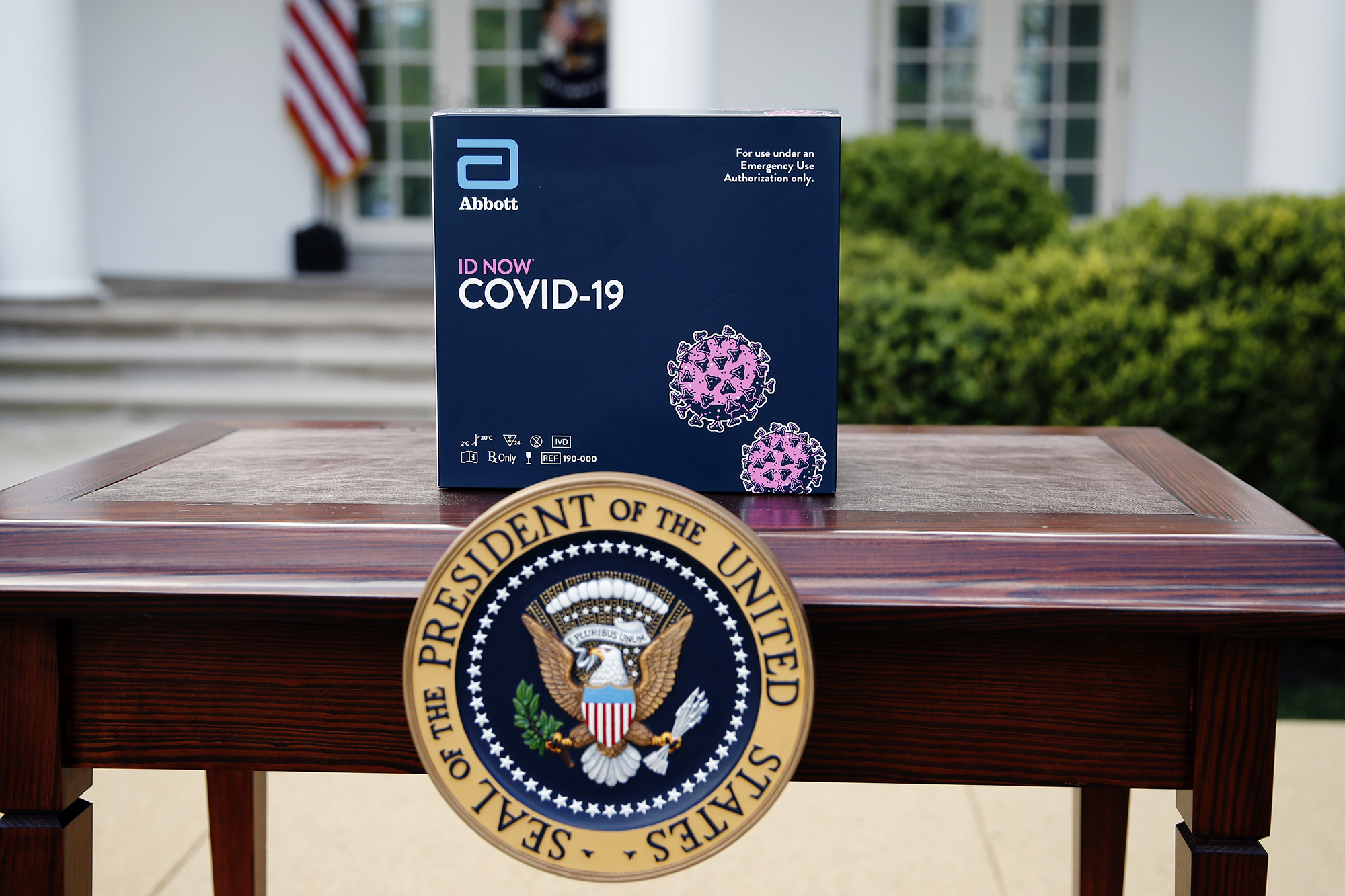 A 5-minute test kit for COVID-19 developed by Abbott Laboratories sits on a table ahead of a briefing by President Donald Trump about the coronavirus in the Rose Garden of the White House, Monday, March 30, 2020, in Washington. (AP Photo/Alex Brandon)

Pedestrians tested the crosswalks of Seattle’s fog-crowned Capitol Hill on the morning of Monday, March 9. They listened for cars they could not see but knew must be there. They had little to fear. For a Monday morning in America’s third-fastest growing city, traffic was more than visibly light.

Groggy from the weekend’s time change, I arrived at Seattle Central College to clean my faculty office. A suspension of face-to-face classes had already gone into effect. On Saturday, March 7, administrators sent an email to instructors asking them to decide whether their classes could switch out of the classroom and onto the internet. It sounded like district administrators wanted faculty to take responsibility for whatever happened next, or as if they honestly did not know what to do.

Most presidents engage in the political act of blaming problems on their predecessors, but Trump had built a whole career on taking anything but responsibility. Now it felt like the streets of my city had become a nightmare projection of the hand-washer-in-chief. Fear kept many people home. Pedestrians who braved the sidewalks gave one another wide berth. I winced every time I felt a scratch in my throat. When I coughed, a woman wearing a respirator narrowed her eyes and turned her head.

On Wednesday, March 11, the World Health Organization declared COVID-19 a pandemic. For the first time, the president took the virus seriously, instituting a travel ban between the United States and Europe. Back in my Washington, the governor considered closing all bars, theaters and restaurants. Around the same time, Seattle Colleges reported that a Seattle Central student had tested positive for COVID-19. Central would close its doors to virtually all employees at 5 p.m. on Friday, March 13.

At home that night, I read that the virus had killed 15 more Washingtonians. I watched the original Friday the 13th. My mind wandered as the mystery killer took out the would-be camp counselors, one by one. By the end, I wasn’t sure whether Jason, or his mother, scored the higher body count. More pertinent questions focused on the girl from the beginning of the film, the one who shrugged off the coot’s warning to stay away from Camp Crystal Lake. What happens when the most credible source of information looks like a maniac? Must death get so close we can’t escape it before we believe it’s real?

By Sunday, March 15, the death toll in Washington state had jumped to 42, while the total number of American dead landed near 100.

Cloistered in my home, I surfed the web. I found some people looking on the bright side. A Facebook friend in my red-state hometown posted an admonition to relax. “This isn’t the Bubonic Plague,” he wrote. His post prompted me to do what I normally do not do. “Not for you and me,” I replied, thinking of my septuagenarian parents and my sick older brother. “The problem with this virus is that it is highly contagious,” I went on, “and while those of us with strong immune systems may suffer minimal consequences, our friends and family who don’t enjoy the same privilege could die.” Within a few hours, another friend of his had replied to me. “Bull,” he said, “It is no more contagious than the flu.” In reality, coronavirus is more contagious than most strains of the flu.

In times of great uncertainty, misinformation spreads like a virus. Think about social media shares. If you post a questionable endorsement about how successful French doctors have been in treating coronavirus patients with malaria drugs, and two to three people share your post, and two to three people in their networks share their shares, and so on, then your endorsement spreads as fast and wide as COVID-19. If only one person shares your post, and one more shares the share, and so on, then your misinformation is only as contagious as, say, the flu.

On Wednesday, March 18, cases of the virus rose above 200,000 worldwide. Italy reported almost 3,000 fatalities. In Washington state, our caseload broke 1,000 with 66 known fatalities. Meanwhile, my red-state Facebook friend posted that he planned to host a party of 50 people. I resisted the urge to reply that he couldn’t get 50 friends to a party, even when there wasn’t a pandemic. I couldn’t deprive people of their delusions. I couldn’t stop our fact-challenged president from pushing dangerous narratives. I could only look for silver linings of my own. On Friday, March 20, as the death toll in Washington state hit 80, I found an abandoned schoolyard that I made into a private dog park for my pit-bull mix. I swung comfortably from the monkey bars, knowing they had been untouched for two weeks. Then I realized that I had touched them. I had no symptoms, but did I carry the virus? What if the next person to discover the park suffered from a health complication that made them an easy mark?

Via video chat that night, I attended my first virtual happy hour. One mutual friend couldn’t attend because she had gone to Costco to buy supplies. My other friends told me a woman from her church had just died from the virus. It felt like all of us would know someone who died before this thing passed. By the next night the death toll in Washington state pushed 100. But for the first time since December, China went 24 hours without new cases of the virus. I attended my second virtual happy hour with a college friend who teaches in Beijing. I drank beer as the sun set. On the other side of the world, my friend drank coffee. Beijing had made it over the curve. After two months of extreme social distancing, the virus there had begun to decline.

Not so in Washington state, where every day since Leap Day was another leap forward for the virus. Saturday, March 21, saw an increase of 269 new cases, bringing the total number of infected people to almost 2,000. We’d been springing ahead since March 8, and now we had 10 times the number of people with the virus. Despite this, sunny weather inspired droves of Seattleites to ignore the governor’s warnings to practice social distancing. Groups of well over 250 people gathered in parks all over the city. By Saturday evening, so many people filled Cal Anderson Park on Capitol Hill that a police cruiser drove through, reproaching sun worshippers via loudspeaker. “Your current conduct is placing yourself and your fellow Seattleites in danger,” the officer said, “I’m asking you to leave this area.”

By Sunday, March 22, the national death toll rose to 470 people, while Washington state’s number hovered just below 100. That made the state’s mortality rate 5%, which looked good only if you considered Italy, where the rate of mortality pushed 10%.

A day later, Gov. Jay Inslee issued a shelter-in-place order, adding at least two weeks to the two I’d already spent at home. Spring had sprung. Whenever I went outside, allergies messed with my mind. I decided to call my mother in the Midwest to check on my older brother’s health. Born with Hirschprung’s disease, he has suffered medical consequences his whole life. On top of health issues, he has suffered cognitive difficulties. These sometimes cause funny situations. For example, he wanted our stepdad to stop drinking Corona beer so he wouldn’t get sick. Other times, his stubbornness drove me nuts. For instance, his being a die-hard Chicago Cubs fan, you could not get him to believe when the Cubs had lost. You could show him the score on television and he would still deny the truth.

As the phone rang, I saw that the president wanted COVID-19 restrictions lifted by Easter, harkening back to when he said of the virus, “like a miracle, it will disappear." Flying in the face of restrictions that worked in China, and the advice of credible health officials, it felt like the political equivalent of putting your hands over your ears and singing, “Mary Had a Little Lamb.”

The president finally changed his tune on Sunday, March 29, when he conceded that the coronavirus would likely kill more than 100,000 Americans. The national death toll hit 3,000 while the number of cases had risen above 160,000. The United States now had twice as many cases as China. Seven U.S. states had more sick people than Washington state, and New York claimed six times as many deaths. In brighter news, the New York Times reported that the virus’ spread in Seattle had slowed. Social distancing seemed to be working. Unfortunately, a cultural distance still prevented a concerted national effort to stop COVID-19. All Americans might get sick, but not all Americans believed the same sources of information. As late as that Sunday, churches in Louisiana and Florida held services in defiance of orders from their governors. A Louisiana pastor claimed the virus was “politically motivated” while the pastor of a Tampa Bay megachurch said, “In a time of crisis, people are fearful and in need of comfort and community.” While that may be true, this particular crisis had taught me that your health and safety absolutely depends on where you find “comfort and community.” It also depended on whom you believed.

One of my favorite aphorisms comes from Diogenes the Cynic. A contemporary of Plato’s, Diogenes grew up a few years after the plague of Athens, an unforeseen calamity that killed nearly 100,000 people. About the art of teaching, he once asked, “Why not whip the teacher when the pupil misbehaves?” In our current crisis, it seems clear to me that the virus is our teacher. The pupils who misbehaved are those who don’t take the threat seriously. Unfortunately, it also seems clear to me that if we don’t come together and believe in the same experts, we have no hope of whipping the teacher. 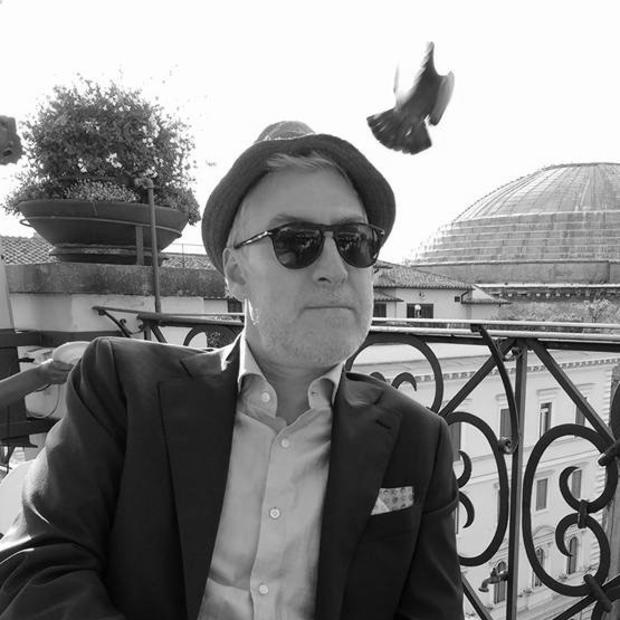