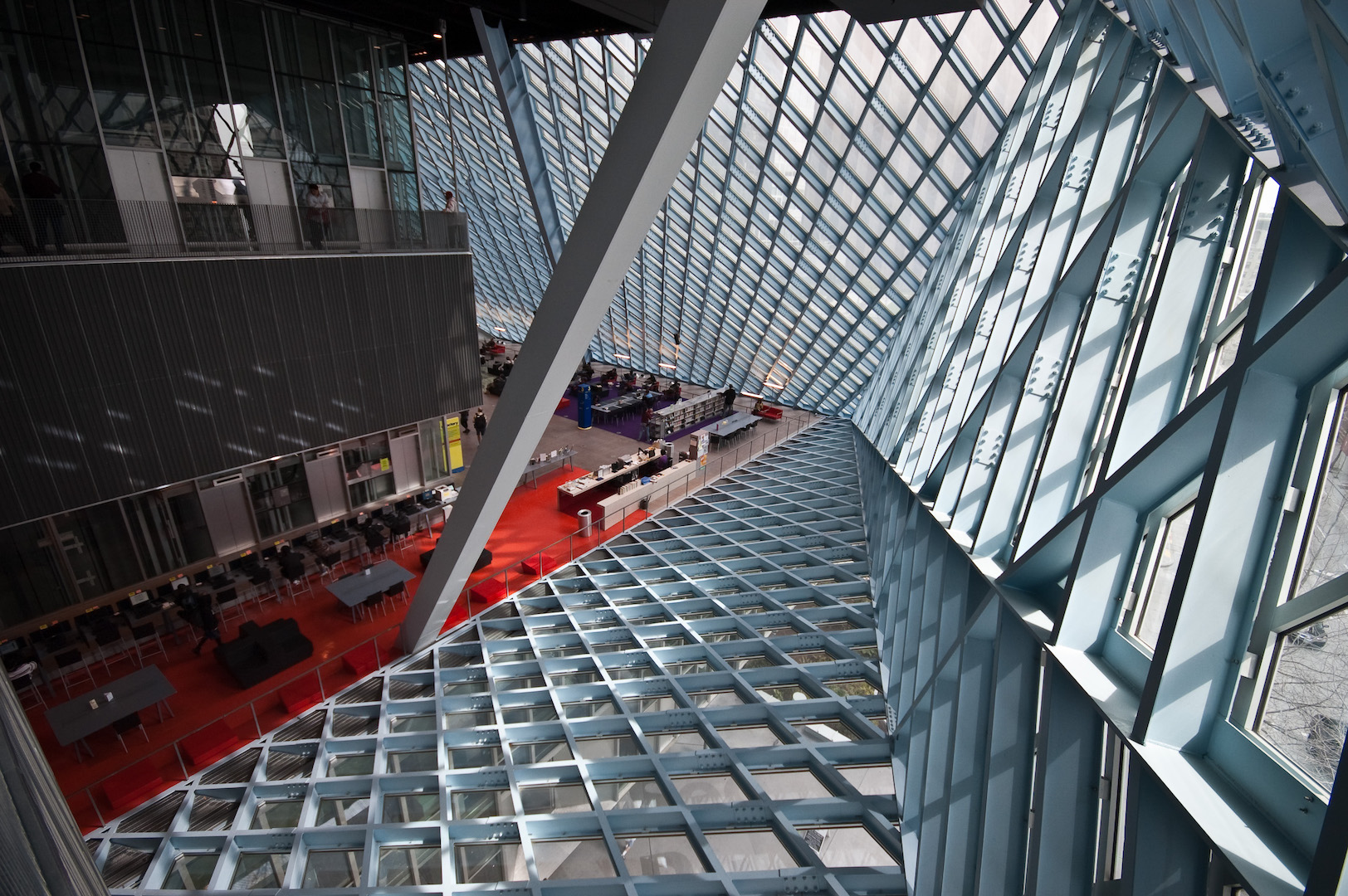 Come mid-June, people walking through the streets of Kraków will chance upon something never before seen in the Polish city — a poem by a Seattle writer, projected onto the side of a building. “The sand travels / through the hour glass / & Oya tells me prepare for change,” it begins.

Penned by Seattle Civic Poet Anastacia-Renee, its appearance is part of the cultural festivities surrounding the annual meeting of UNESCO’s Creative Cities Network, an erudite worldwide alliance (sort of like the “Avengers,” but for arts and culture) that Seattle has recently joined. Writ large, some 5,300 miles from home, the projected poem serves as an apt metaphor for the global connections Seattle hopes to forge with its new status as a City of Literature.

Since 2004, UNESCO has designated 180 Cities of Literature, Music, Film, Crafts and Folk Arts, Design, Gastronomy and Media Arts — which in total, constitute the Creative Cities Network. These cities are expected to cooperate across borders toward a common goal: making sure cultural industries and creativity are prioritized in civic development plans.

There are 28 Cities of Literature, including Dublin, Reykjavik, Barcelona, Prague and, as of late last fall, Seattle. (Iowa City is the only other City of Literature in the U.S.) On May 22, at the Seattle Central Library downtown, the public is invited to celebrate the prestigious designation.

It’s been a long time coming.

The Seattle City of Literature story began in 2013 when author Ryan Boudinot formed a nonprofit to begin the arduous application process. No one could have predicted the plot twists that ensued. Boudinot went down in a viral literary fracas, his entire board resigned and the bid submitted in 2015 failed.

A second bid was submitted. President Trump announced his intention to pull out of UNESCO membership (a chapter that is to be continued…). On Oct. 31, 2017, Seattle earned UNESCO’s blessing. But the designation required mayoral sign-off, and at that moment — surprise! — Seattle’s mayor was merely interim, serving a 71-day term.

“Yeah. It took a while to make it official,” says Stesha Brandon, current Board President of Seattle City of Literature. (The nonprofit is entirely volunteer-run; Brandon's day job is Literature & Humanities Program Manager at Seattle Public Library.)

But now that our status is finally, firmly secured, inquiring minds want to know: What should a City of Literature look like?

Tree Swenson, who as director of Richard Hugo House writing center was heavily involved in the UNESCO bid process, has a vision. “If this plays out right, people will be coming from all over," she says. "They’ll be looking for readings, visiting bookstores, making pilgrimages to our downtown library — they’ll know about all the things we have to offer. Once that positive reinforcement loop gets going, it becomes a self-fulfilling prophecy.” Looking farther out, she posits, “It could be that 20 years from now, Seattle will be known worldwide as a place for tech and literature.”

Creating such a city will take a lot of work. But that’s where the global superhero alliance comes in. Last month, Brandon attended the Cities of Literature conference in Iowa City, where her international colleagues shared plans and best practices.

She says some of the most exciting exchanges were about creative ways cities are giving literature a civic spotlight. “Many of the cities are working on engaging people with literature out in the community — on the sidewalks, at markets, on buildings — rather than expecting them to go to a reading or a bookstore,” Brandon says. In Edinburgh, excerpts from a short story were projected on a downtown building every day for a month. In Ljubljiana, Slovenia, a writer-in-the-park residency was accompanied by a series of free outdoor events. “These cities had such great ways to activate people’s imaginations and show how story is essential to our lives.”

But it’s not all about inventing fun literary happenings. UNESCO has 17 Sustainable Development Goals — such as quality education, reduced inequalities, peace and justice — which Cities of Literature are charged with working toward. At the Kraków conference, which Brandon will attend in June, part of the discussion will be about urban development and how to maintain sustainable housing for artists. “This is an issue that is definitely relevant to Seattle,” Brandon says. “How do we make sure the city is affordable for the writers who live here, and who help the city thrive?”

In addition to collaborating with global partners to answer this question, Brandon will be seeking local advice, reconvening Seattle literary organizations that helped with the bid to determine priorities and next steps. We know how strong our literary community already is, she says, but we want to know: “Is there something missing?”

Paul Constant, writer and co-founder of the Seattle Review of Books, thinks so. “We have such a huge literary scene here, and nobody within it knows what the other people are doing,” he says. Despite the wealth of local writers across sci-fi, comics, literary fiction, translation, YA and poetry, Constant says, “There’s no intermixing.” He hopes that eventually the City of Literature will have a person (“or half a person, depending on how fundraising goes”) whose job is to build community across genres. “Then writers could learn about each other’s disciplines, share ideas and get new ideas. That is really exciting to me.”

Some Seattle City of Literature initiatives are already underway. The nonprofit worked with the city to establish the Seattle Civic Poet position in 2015. Claudia Castro Luna was first to hold the position, from 2015-2017 (she’s now Washington State Poet Laureate). “We are a world city ourselves,” she says, reflecting on the global implications of UNESCO status. “There are so many languages spoken here — and readings in those languages — we have this richness and interest in literature from across the world.”

Looking outward, Luna nods to experiences like the Seattle City of Literature cultural exchange wherein her poems were published in New Zealand literary journal Catalyst. “It was unbelievable to have my words and concerns have a stage elsewhere!” she says. “It made me feel like a world citizen.”

That global-citizen feeling is precisely what UNESCO hopes to engender with the Cities of Literature — to spin a web around the world that strengthens cross-cultural connections. Brandon says the Seattle organization's next steps include diversifying the board, fundraising and setting priorities with guidance from the literary community.

“The most important thing the City of Literature designation can do is to fully include the voices of marginalized writers in Seattle,” says Anastacia-Renee. “I am a queer Black woman and Seattle Civic Poet, the Washington State Poet Laureate is Latina, and both Hugo House writers-in-residence are women of color — herstorical!” But there is still work to be done, she says. “So often we are placed on front pages, or given speaker titles but not asked to be involved in deciding what happens in a city of literature. This designation means: See us. See our worth. Involve us in planning.”

Upon considering her poem’s appearance in Kraków, Anastasia-Renee’s thoughts travel beyond city limits to intergalactic. “When I think about my work being presented on a global stage,” she says, “I immediately think about my writing ancestors and the idea of expressive freedom … and using writing as a vehicle for crossing borders and time and space.”