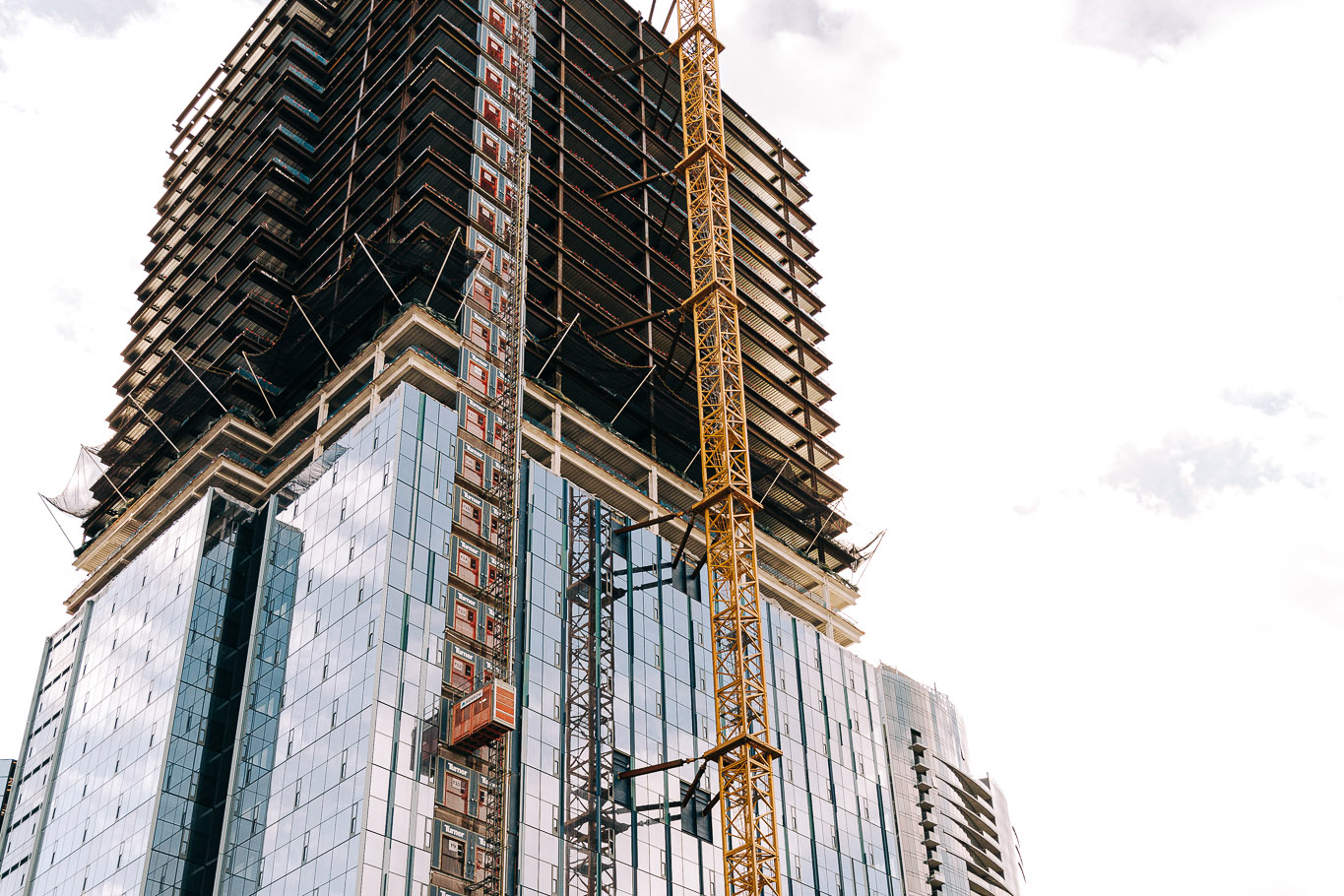 Washington recently became the first state in the country to mandate that newly constructed buildings be outfitted with all-electric space heating and hot water systems.

The State Building Code Council voted 11-3 on April 22 to adopt a revised energy code that requires most new commercial buildings and large multifamily buildings to install electric heat pumps. The council is expected to consider a similar proposal for smaller residential buildings later this year.

Heat pumps are an extremely energy-efficient technology that can extract heat from the outside air, even on very cold days, and pump it inside to provide space heating. They can also run in reverse and provide cooling in the summer. The revised code also mandates the use of heat-pump hot water heaters.

The news comes shortly after another high-profile effort to ban gas in new buildings in New York state was dropped during tense budget negotiations in early April.

About 10% of U.S. carbon emissions come from burning fossil fuels like natural gas for heating and cooking. Many climate advocates want to see all buildings eventually transition to appliances that can be powered by clean electricity. But requiring homeowners to update existing buildings can be challenging and expensive. To start, advocates are pushing for legislation and code changes in cities, towns and state legislatures all over the country that prevent the expansion of natural gas use to new buildings.

“We’ve got to stop digging the hole before it gets deeper,” said Jonny Kocher, a senior associate with RMI, a nonprofit clean energy advocacy organization. Kocher authored the building electrification code proposal that the Washington council adopted in late April. 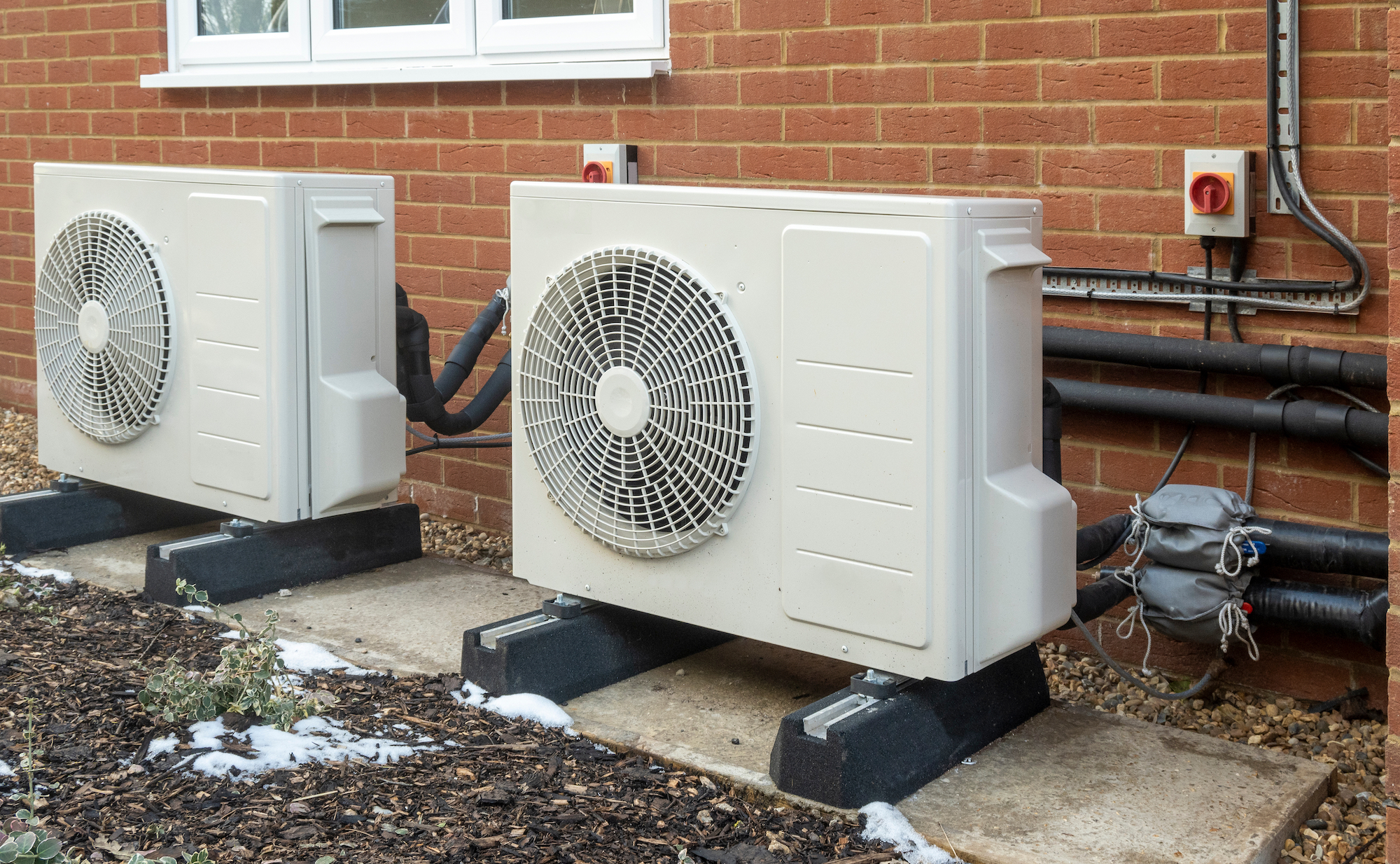 Two air-source heat pump units installed on a modern house. Electric heat pumps extract heat from the outside air and are more energy efficient that gas heating. (Courtesy of the U.S. Department of Energy)

Two air-source heat pump units installed on a modern house. Electric heat pumps extract heat from the outside air and are more energy efficient that gas heating. (Courtesy of the U.S. Department of Energy)

Dozens of towns and cities in California, Washington, Colorado and Oregon have already effectively banned gas in most new buildings. New York City did the same in December. At the state level, California also adopted a landmark building code change last August that strongly encourages new buildings to forgo gas hookups, but does not mandate it.

At the same time, the gas industry is vigorously fighting these policies and asserting that it will be possible to cut emissions from buildings using lower-carbon fuels like gas from landfills and clean hydrogen. At least 19 Republican-led state legislatures have passed preemption laws that prevent municipalities from banning gas.

In Washington, the revised code came in response to a target set by the state Legislature to reduce the amount of energy consumed by nonresidential buildings by 70% by 2031. A 2021 Washington state energy strategy report also found that electrification and energy efficiency were the most cost effective ways to achieve state greenhouse gas targets for buildings.

While Washington is the first state with an all-electric mandate, the California Energy Commission, which oversees the state building code, passed a similar policy last August that will also go into effect in 2023. The California code sets a baseline efficiency standard that all but requires the use of heat pumps for space heating. Developers have the option to install other types of heating as long as they adopt a raft of energy efficiency measures. The California code is also more flexible in regards to water heating.

Washington’s new code does contain a few exceptions for hospitals, research facilities and other buildings where fossil fuels are required for “specific needs that cannot practicably be served by heat pump.” Large commercial buildings in Eastern Washington, where the temperature can get down into the negative teens, are also allowed to use gas heating as a backup option. The code requires only that 50 percent of a building’s water heating needs are fulfilled using heat pumps.

No state is yet considering a ban on the use of gas for cooking — though some of the local gas bans do apply to stoves. Kocher said the space and water-heating mandate is likely to prevent most commercial developers from hooking up new buildings to the gas system altogether. He also didn’t want to invite further opposition to the idea by angering the restaurant industry, which has proved to be a fierce opponent to gas bans in places like Berkeley, California.

“We do need to stop putting gas lines in for all end uses. But we thought that this was a pretty big code change as it is,” he said.

This story was originally published by Grist. You can subscribe to its weekly newsletter here. 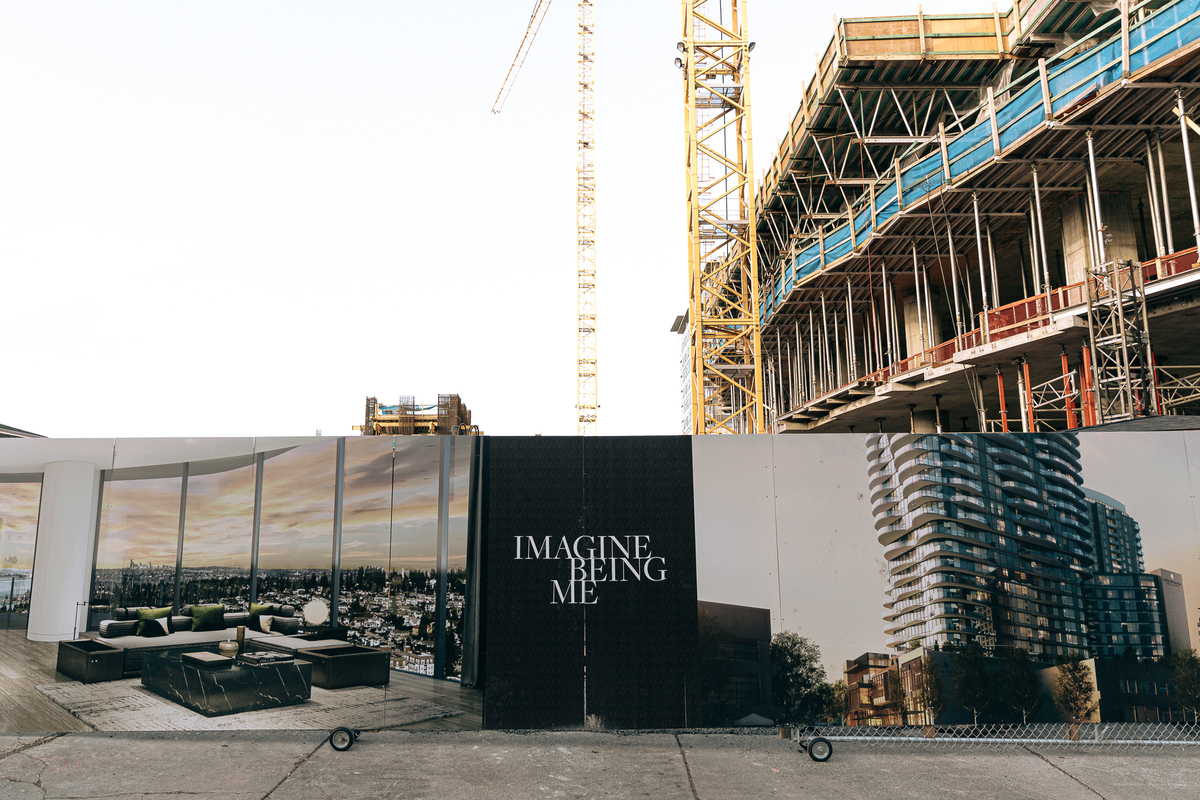 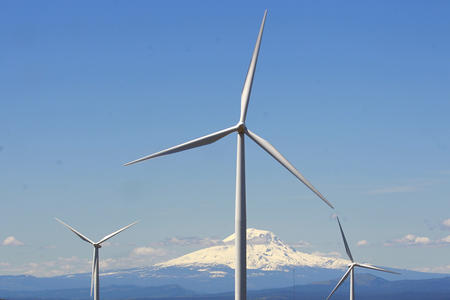 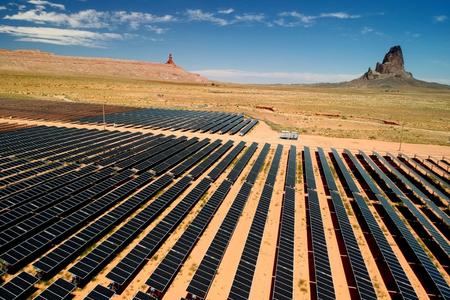 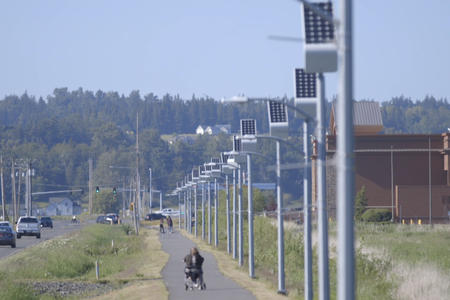 Northwest Indian College’s program has the ultimate goal of creating a solar microgrid so both the campus and the Lummi reservation it resides on are energy independent.

Northwest Indian College’s program has the ultimate goal of creating a solar microgrid so both the campus and the Lummi reservation it resides on are energy independent.

Emily Pontecorvo is a reporter at Grist.