Washington groups explore what it means for people of color to connect with nature. 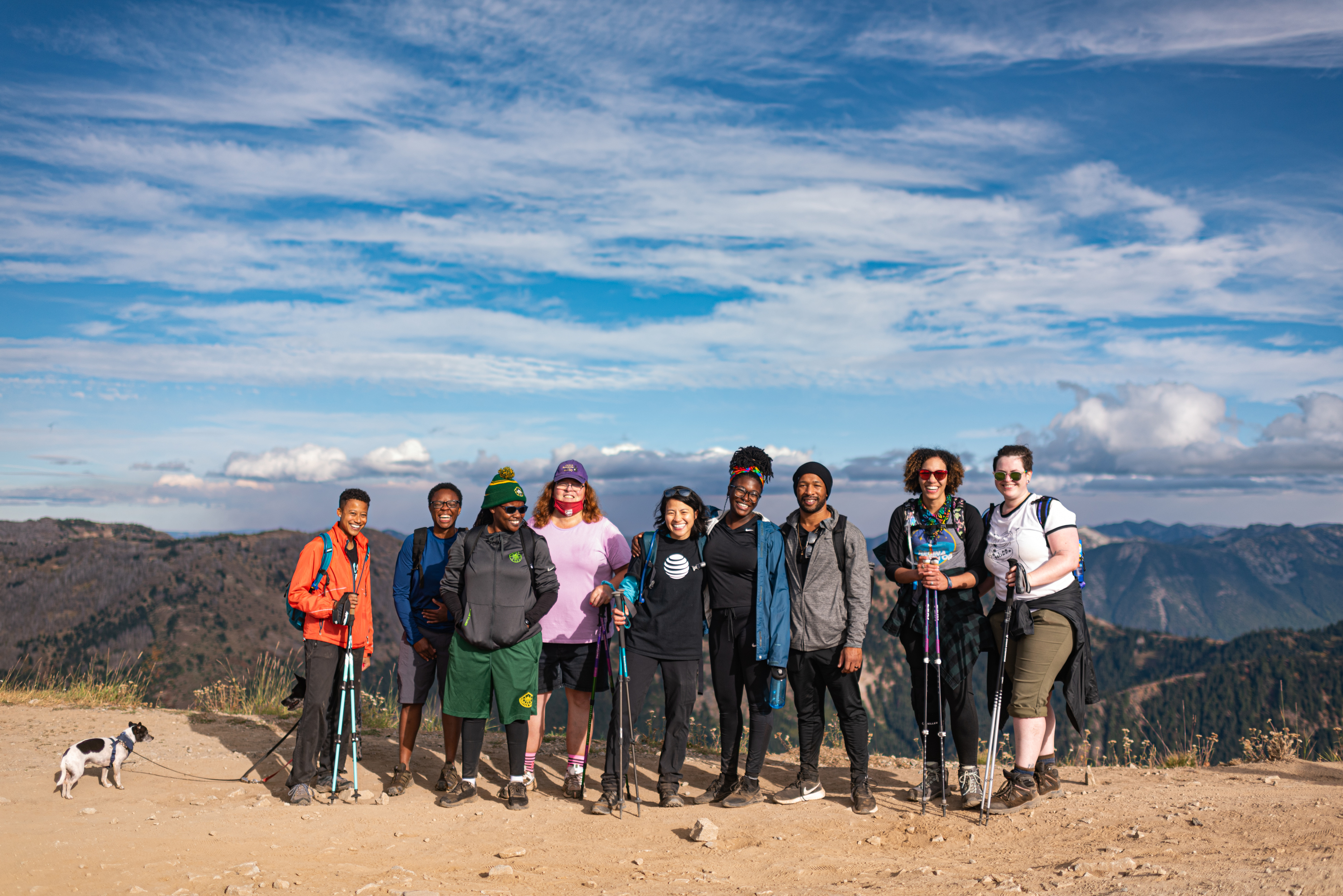 The culture of outdoor recreation appeals to communities of color in Washington but for some, it remains too white for comfort.

Chevon Powell is trying to change that. At the annual Refuge Outdoor Festival — a three-day event in Carnation, Washington — her team centers Black, Indigenous and people of color, or BIPOC, communities in outdoor experiences, including workshops, music and art.

“People come from very different cultural experiences in the outdoors,” said Powell, who founded Golden Bricks Events and hosted the first Refuge festival in 2018. “[The] outdoor industry has not necessarily always represented those various experiences.”

White people make up nearly 60% of the U.S. population, but more than 75% of visitors to national parks sites. They also account for nearly three-quarters of outdoor recreation participants in 2020, an Outdoor Foundation survey report found. While Washington is often regarded as a mecca for nature enthusiasts, Black people made up less than 1.5% of visitors to state parks, despite representing more than 4% of the state population, reports the Black Washingtonians Workgroup on Outdoor Recreation.

Activists and researchers consider this disconnect between communities of color and outdoor activities a result of ongoing barriers to access, a history of exclusion from nature and the ways we define outdoor recreation. These impacts may be felt across racial groups in varying ways.

For example, activists pushed back on signs prohibiting piñatas in Houston parks, the Los Angeles Times reported in 2012. Signage like this can push Latino communities participating in cultural practices out of outdoor spaces, said Gabriela Nuñez, an assistant professor of Chicana and Chicano Studies at California State University, Fullerton.

Still, Nuñez struggled to accept the narrative that natural areas are synonymous with whiteness.

“If I go hiking up to the Hollywood sign, I will mostly see people of color on any given day,” she said. 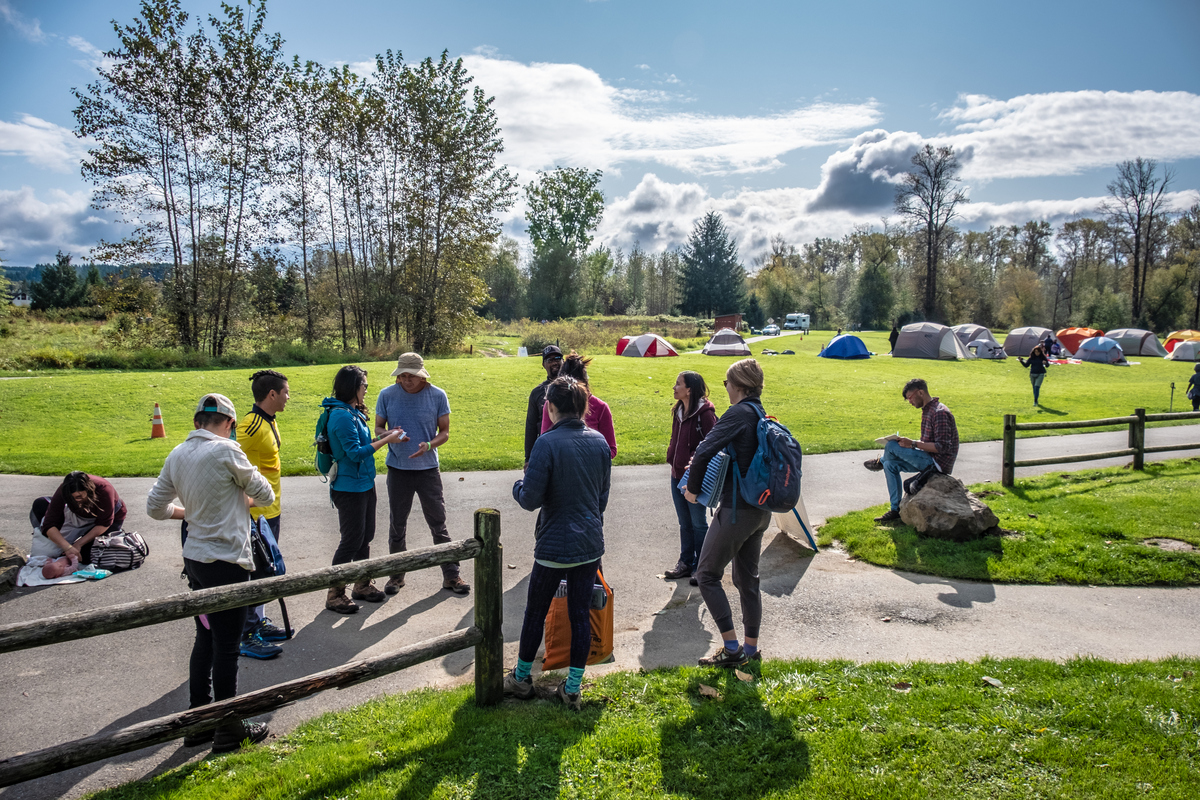 Jas Maisonet grew up walking on a trail near their family’s timeshare while on vacation. Things shifted in 2013, when a friend invited them on a family trip to Yosemite National Park.

Maisonet remembered lugging around a big sleeping bag at the airport.

“It’s huge, it does not compress at all,” they said. “It’s about the size of my carry-on bag.”

Thankfully, others on the trip had extra gear on hand to lend them, and taught them skills like how to set up a tent.

Years later, Maisonet founded QPOC Hikers to offer a community for people of color and those who identify as LGBTQ+ seeking to recreate outside. That kinship may be especially helpful for those who identify as BIPOC facing barriers to the outdoors. Those challenges can be chalked up to a number of factors, including money.

People in Washington spent over $7 billion on outdoor gear, repair services and equipment, according to a 2020 analysis.

Daniel Krymkowski, a sociology professor at the University of Vermont, acknowledged money can be a steep barrier for Black people – who make lower median annual wages than white workers – wanting to recreate outdoors. Krymkowski recently published the book “The Color of Culture: African American Underrepresentation in the Fine Arts and Outdoor Recreation.” 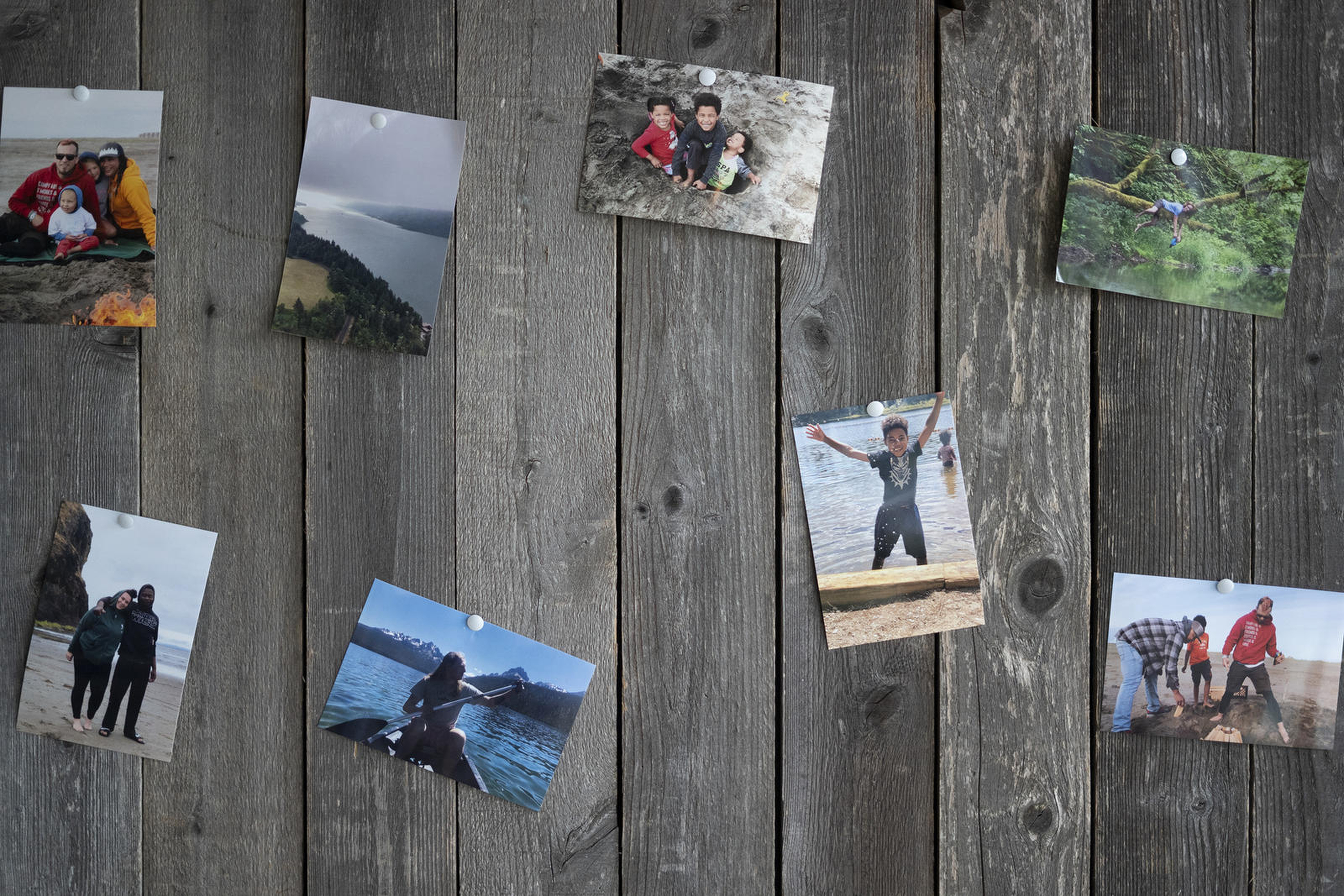 Images of coffee shop regulars enjoying the outdoors are seen posted on a wooden panel wall inside Campfire Coffee in Tacoma, Wash. (Chloe Collyer for Crosscut)

Images of coffee shop regulars enjoying the outdoors are seen posted on a wooden panel wall inside Campfire Coffee in Tacoma, Wash. (Chloe Collyer for Crosscut)

Nature enthusiasts of color may also find traveling to outdoor sites unnerving. Visiting outdoor areas like national parks may require driving through predominantly white, rural areas, Krymkowski said, which could feel unsafe. That wariness may linger for some once they reach their outdoor destinations.

“What you hear when you talk to African Americans about visiting such places is that they frequently don’t feel welcome, not because people are doing anything incredibly overt,” he said. “But because they get a lot of stares. They feel as though they don’t really belong there.”

Quincy Henry knows the feeling of being one of only a few Black people at a campground. Henry, who runs Campfire Coffee in Tacoma with his wife, Whitni, loves the outdoors.

Part of their work involves running the Explorers Club, a nonprofit aimed at making nature more available to people who have faced hurdles to accessing outdoor spaces. Henry has even noticed homogeneity in outdoor-focused hashtags on social media.

“You’re always gonna see the cute white girl on the top of the mountain. … Or the super rugged white dude with the man bun and the beard and the flannel on,” he said, clarifying that his comments don’t mean those people shouldn’t be outdoors. “Everyone should be.” 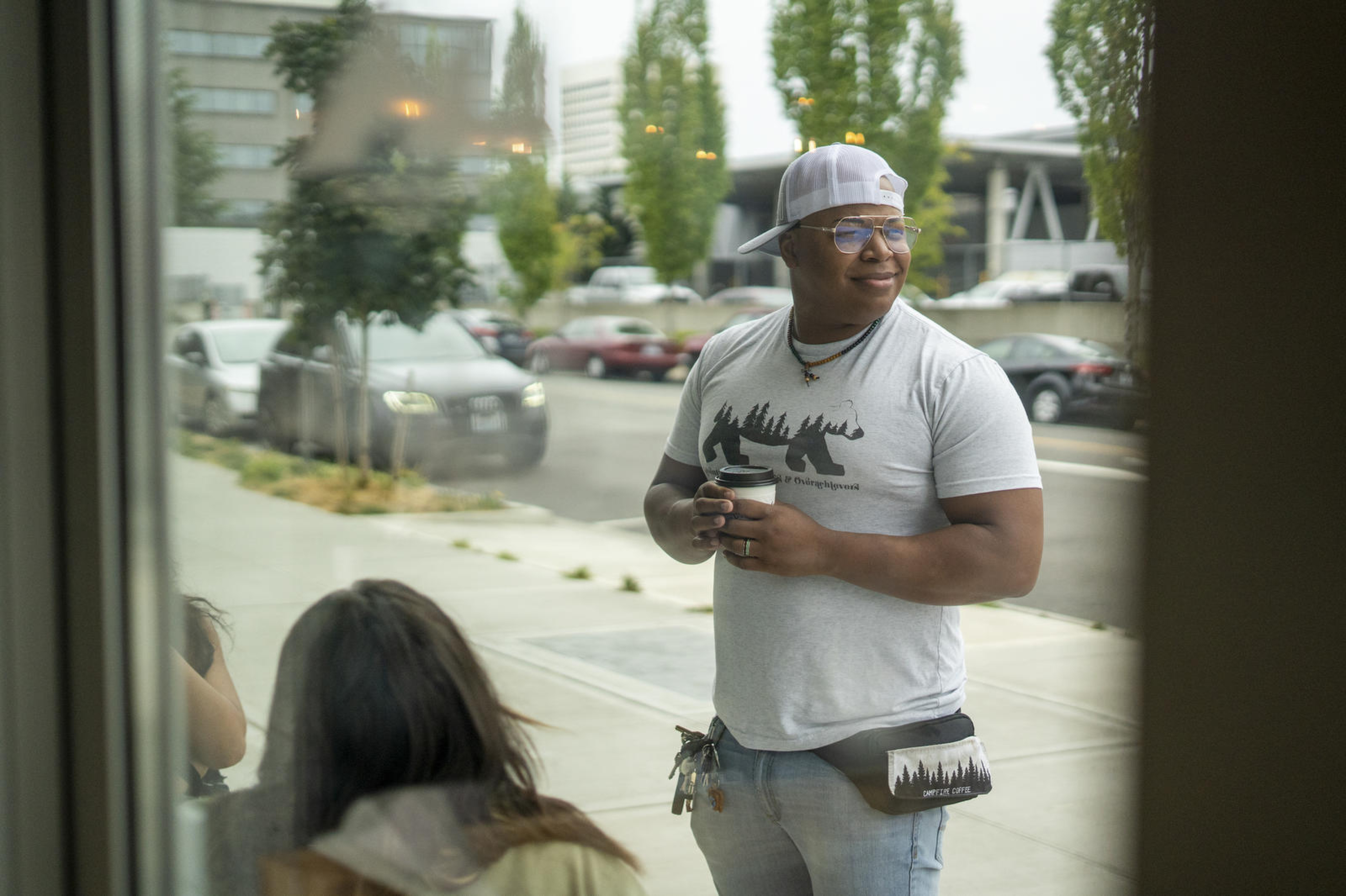 Quincy Henry, owner of Campfire Coffee, catches up with regulars outside the shop on Market Street in Tacoma, Wash. (Chloe Collyer for Crosscut)

Quincy Henry, owner of Campfire Coffee, catches up with regulars outside the shop on Market Street in Tacoma, Wash. (Chloe Collyer for Crosscut)

Historical racism in the outdoors

The outdoors weren’t hard for BIPOC communities to access, but discriminatory practices and perpetuated cultural beliefs may have led them to become less accessible throughout U.S.  history.

“When we think about the Great American cowboy, those folks were Black and Mexican,” Nuñez of CSU Fullerton said. “They weren’t necessarily the white cowboys that we see on the spaghetti westerns.”

The relationships between people of color and the outdoors evolved as powerful players in U.S. history shaped the country and its landscape in their favor.

The country’s first white settlers colonized Indigenous lands and communities; in the 19th century, some white people romanticized the outdoors in contrast to urban areas, which were largely populated by people of color and immigrants and often viewed as unsanitary. Even President Theodore Roosevelt’s dedication to the national parks system reflected a desire to keep masculinity alive specifically among white men, Krymkowski said.

Such discrimination and exclusion throughout history have left Black communities with fewer opportunities to explore interests in outdoor activities like hiking, he said.

Incidents like the 2020 racial profiling of New York City bird watcher Christian Cooper, on whom a white woman called the police, reveal to some a pattern of continued racism in the outdoors.

For many communities of color, the outdoors can also represent a real danger. 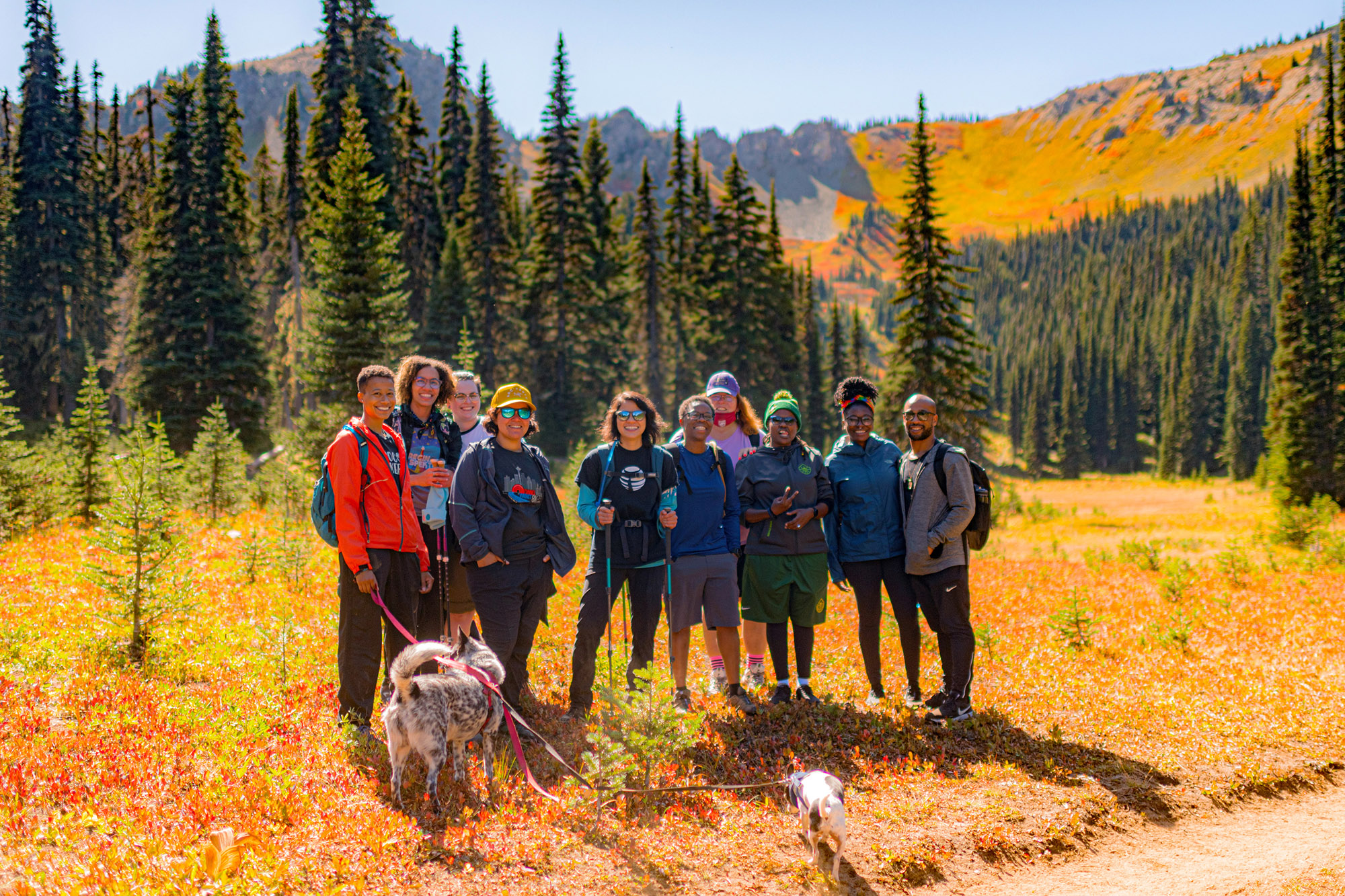 How we enjoy nature

Narrow definitions of what counts as outdoor recreation may also contribute to the perceived disconnect between BIPOC communities and nature.

The culture of outdoor recreation was new to Powell when she moved to the Pacific Northwest.

“I really didn’t know the term ‘hiking,’” she said. “I just always told people, ‘Oh, I’m going out for a walk. … Now that I’ve gotten older, I do recognize that a lot of my life was outside. We just didn’t call it outdoor recreation.”

Today, her three-day festival offers attendees a chance to experience the outdoors in the way that best suits them, whether they prefer to hang out for the day or want to camp for the weekend. People of color have always had a connection to the outdoors, she said.

“No one should have the right to say that we don’t belong,” Powell said. 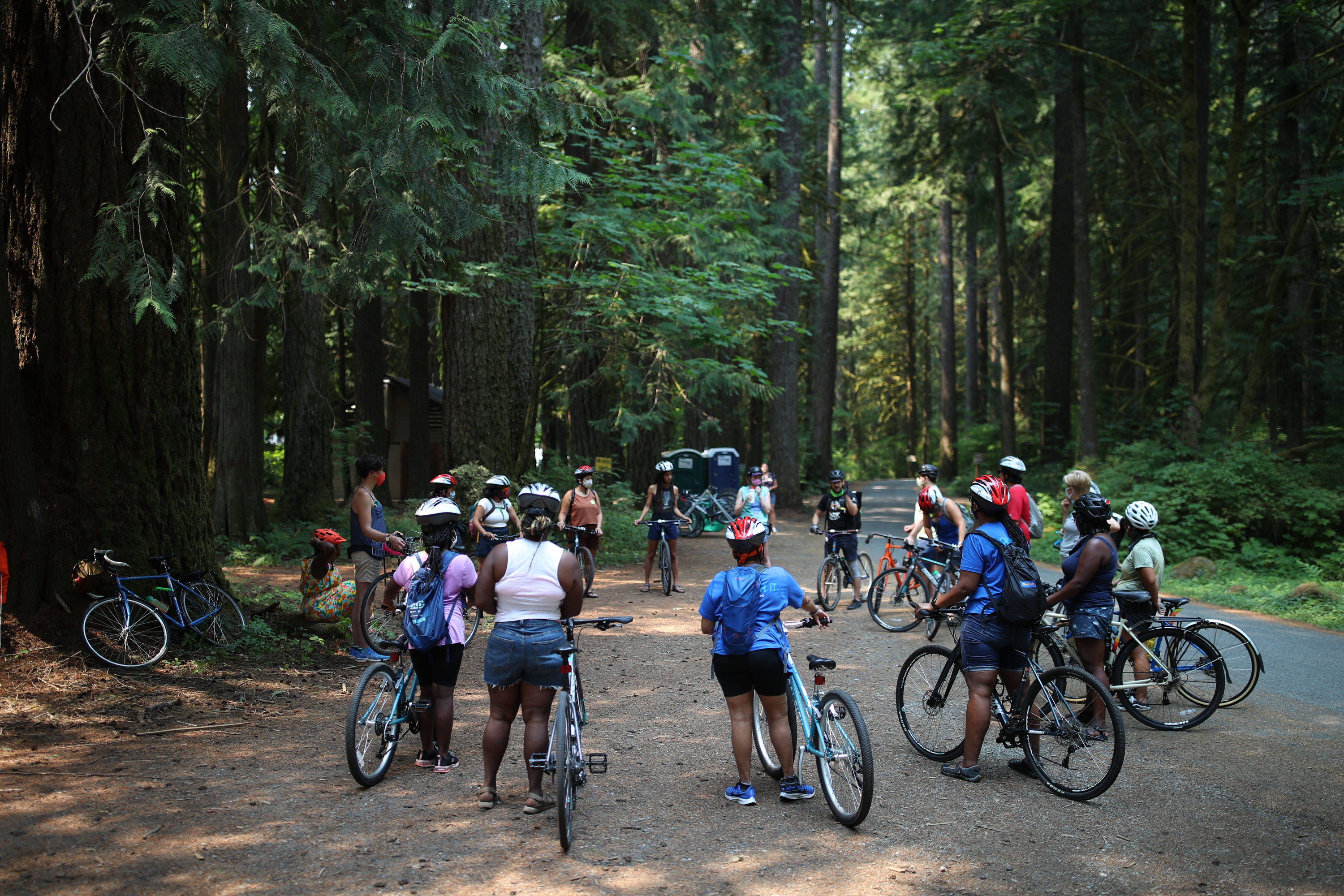 If you go: Refuge Outdoor Festival 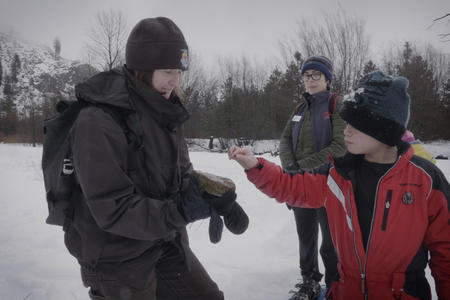 Team Naturaleza of Wenatchee works to open the outdoors to everyone

In the premiere episode of Deeply Rooted, join a dedicated team of nature lovers working to challenge a deeply ingrained message about the natural spaces: that people of color don’t belong. 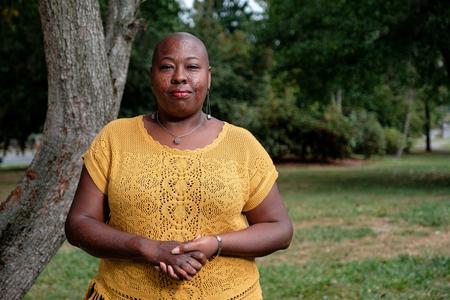 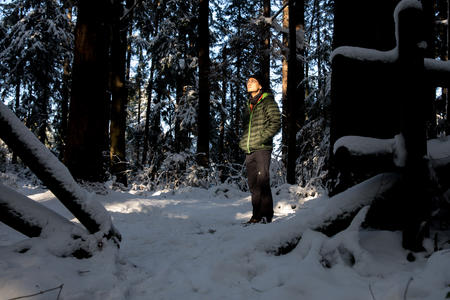 Outdoor Asian founder Christopher Chalaka talks about diversity in the outdoors and what his organization is doing to help.

Team Naturaleza of Wenatchee works to open the outdoors to everyone

In the premiere episode of Deeply Rooted, join a dedicated team of nature lovers working to challenge a deeply ingrained message about the natural spaces: that people of color don’t belong.

Outdoor Asian founder Christopher Chalaka talks about diversity in the outdoors and what his organization is doing to help.