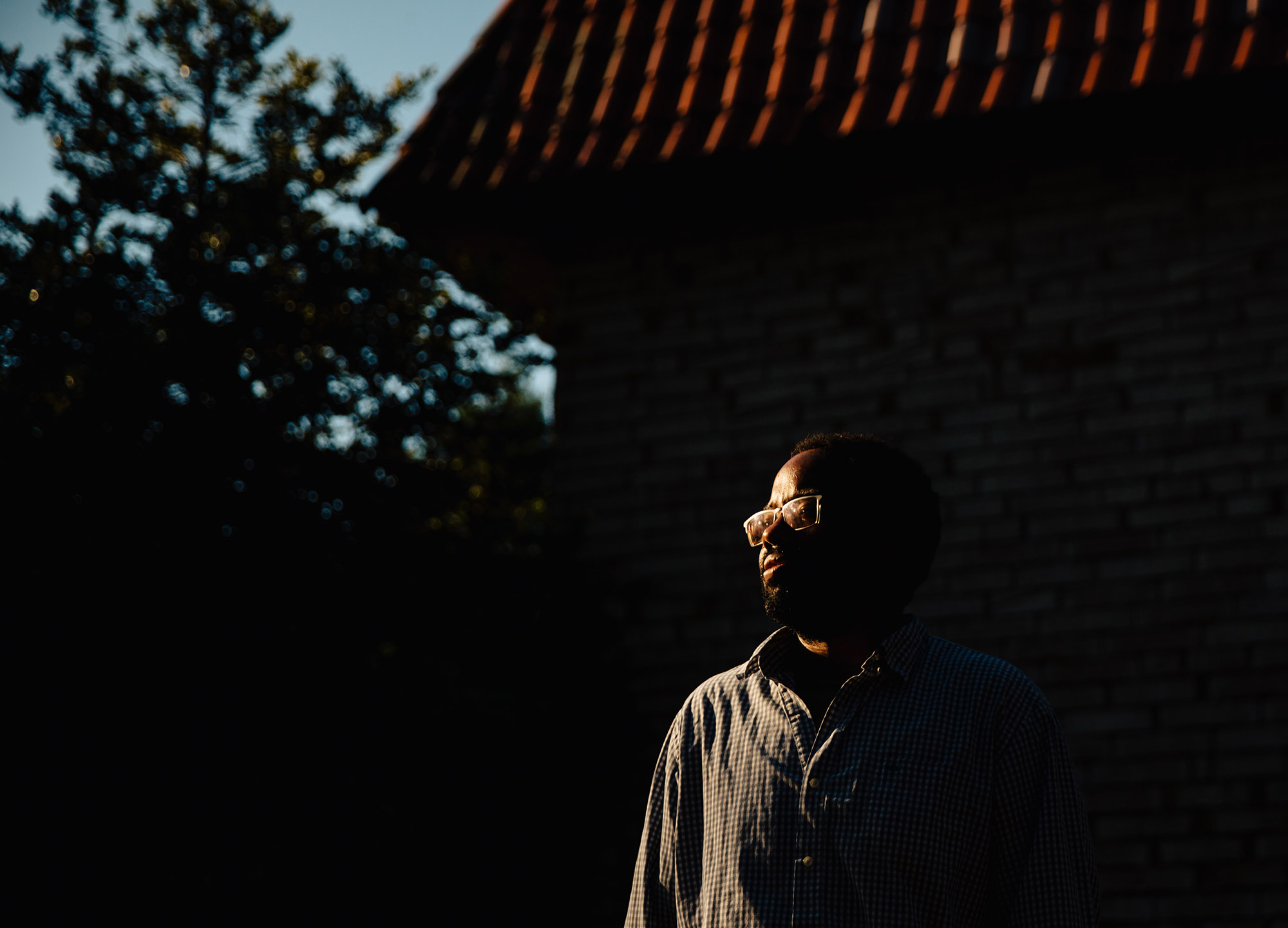 “There’s a lot of stigma,” said Michael Swann about the view communities of color have toward the mental health system. “You were raised in a family basically to not speak to people about things that are going on in your house.” Swann is a licensed mental health counselor and the Health Chair for the Seattle King County NAACP, photographed here outside his home in Kenmore, Wash., Thursday, July 28, 2022. (Lindsey Wasson for Crosscut)

Black leaders and mental health advocates in Washington state are cautiously optimistic about the new 988 emergency number to connect people with mental health support by bypassing the police-focused 911 system.

But they do have concerns about how the 988 line will work for people of color in mental health emergencies and just how removed the system will be from the police.

“While I do have a lot of respect for law enforcement … I do understand that law enforcement often is not trained to handle mental health crises as effectively as a counselor would,” said Michael Swann, health chair for the Seattle King County NAACP.

Washington Gov. Jay Inslee hailed the new three-digit system in a July 15 statement, describing it as a transformative service to help those in crisis situations. This uncoupling from law enforcement raised questions about what 988 could mean for communities that experience disproportionate rates of police violence.

A 2014 report on Los Angeles found that Black people are overrepresented among individuals with mental illness who experience arrests and incarceration. Similarly, in 2021 an Annals of Epidemiology analysis found police are more likely to kill unarmed Black men exhibiting signs of mental illness than they are white men.

Health and community advocates in Washington are hopeful about 988, although some are hesitant to call it a success just yet.

The conversation around mental health, race and policing hit Seattle in 2017 when two white police officers fatally shot Charleena Lyles, who was Black and the pregnant mother of four whose family said she was experiencing a deterioration in her mental health.

Earlier this month, an inquest jury determined officers – who said 30-year-old Lyles confronted them with knives – were justified in the shooting.

The death of Lyles stuck with Ashley McGirt, who founded the WA Therapy Fund Foundation to provide free therapy to Black people. McGirt wondered if Lyles’ story would’ve gone differently had 988 been available.

“I see 988 as a form of diversion especially for a group of people who have been historically excluded and harmed when it comes to policing in this country,” McGirt said in an email.

Issues like improper detentions may be related to what some experts describe as the underuse of mental health services among communities of color. Sirry Alang, a professor of sociology and health at Lehigh University, told The Associated Press that people do not avoid mental health services because they don’t want them, but because they have to use them in the context of police brutality and incarceration.

Law enforcement may still be dispatched in some 988 calls (if, for example, a suicide attempt is in progress). Traditionally, less than 2% of calls to the National Suicide Prevention Lifeline (the former name of the hotline) result in emergency services, according to Washington’s Department of Health. 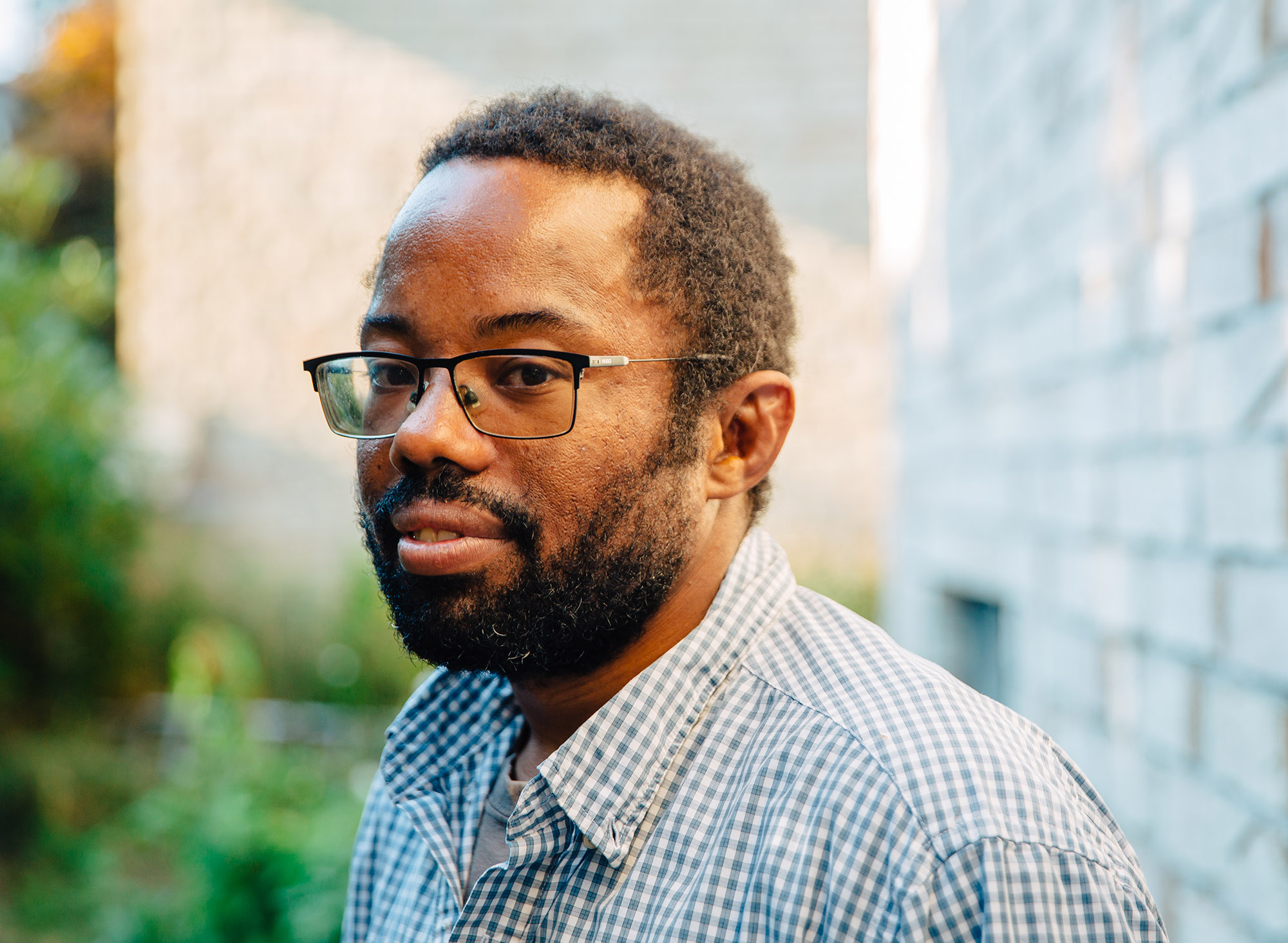 Michael Swann, a licensed mental health counselor and the Health Chair for the Seattle King County NAACP, poses for a portrait outside his home in Kenmore, Wash., Thursday, July 28, 2022. (Lindsey Wasson for Crosscut)

Michael Swann, a licensed mental health counselor and the Health Chair for the Seattle King County NAACP, poses for a portrait outside his home in Kenmore, Wash., Thursday, July 28, 2022. (Lindsey Wasson for Crosscut)

Mental health in the Black community

Lack of representation, stigma and financial barriers may all be playing into the disconnect between communities of color and the mental health system.

“I’m aware of the lack of representation in the mental health community,” said Swann of the Seattle King County NAACP, who also works as a therapist. “Especially in Washington, where it’s definitely hard to find a counselor of color for a lot of folks that they can relate to.”

Black people made up less than 5% of the U.S. psychology workforce in 2020, according to the American Psychological Association, while Census data shows they make up more than 13% of the U.S. population.

“There’s a lot of stigma,” said Swann of the NAACP about the view communities of color have toward the mental health system. “You were raised in a family basically to not speak to people about things that are going on in your house.”

Having more counselors of color available may make it easier for people to work past that stigma, Swann said.

Breaking down these barriers may be crucial for Black communities, who have experienced increasing suicide rates in recent years: The Centers for Disease Control and Prevention found that suicide rates increased by 4% for Black Americans between 2019 and 2020 and, according to the Office of Minority Health, suicide was the second leading cause of death in 2019 for people ages 15 to 24 who identified as Black.

Concerns around 988 for Black Washingtonians

Ahead of 988’s launch, concerns emerged about potentially inadequate funding and staffing for the system across the United States, which are expected to be a mixture of paid and volunteer staff. In anticipation of the rollout, Washington state legislators passed House Bill 1477 in 2021, which set a 24 cent fee on cell phone lines to support mental health resources. This fee will go up to 40 cents in 2023.

Beyond these lapses in coverage, some people like Maya Manus, director of advocacy and community engagement at the Urban League, are concerned about the potential for police involvement in 988 calls. Her colleague Zyna Bakari, public health program manager at the nonprofit, echoed concerns about the potentially deadly consequences that can happen when BIPOC individuals come into contact with police.

To prepare for instances when police do need to be dispatched, Swann of the NAACP hopes police officers receive joint training with mental health professionals so they are prepared to handle crises.

Bakari hopes to see robust, public-facing data on 988 calls and thinks the COVID-19 vaccine response could serve as a model for future trust-building efforts.

Many Black Americans were hesitant at first about getting the COVID vaccine due to a long history of medical exploitation. Bakari appreciated the efforts by government agencies to engage with and gather input from communities.

“Progress moves at the speed of trust,” she said. “It doesn’t happen overnight. And it takes a lot of active intentionality. Care. Authenticity.”