The early 20th century has been called the Heroic Age of polar exploration, a time when explorers sought the ends of the Earth by ship, dog team, aircraft and foot.

What’s little remembered now is the role Seattle and the Pacific Northwest played in the polar probing that dramatically changed our understanding of the planet. Clues about that legacy of polar exploration are found in artifacts left by one man in particular — an unparalleled explorer — who sought aid, rest and repair, money, and moral support here.

Today, climate change is opening Arctic waters as ice melts. But it wasn’t always so. Finding a water route through the far north was long a goal for explorers and colonizers.

Explorers like Captain James Cook of Britain came to the Northwest seeking the legendary Northwest Passage — a northern sea route rumored to link the Atlantic and Pacific. Empires hungered for the trade such a passage could bring. Their emissaries sailed until they were stymied — and sometimes crushed — by the ice.

The loss of an expedition led by the British Navy’s Sir John Franklin, who was seeking the Northwest Passage, spurred more exploration. Franklin and his crew entered a forbidding, icy realm in 1845 — and then vanished. Search parties for his ships and crew were unsuccessful, but they extended geographic knowledge. Franklin’s quest and fate inspired a 15-year-old Norwegian boy to find answers. His name: Roald Amundsen. 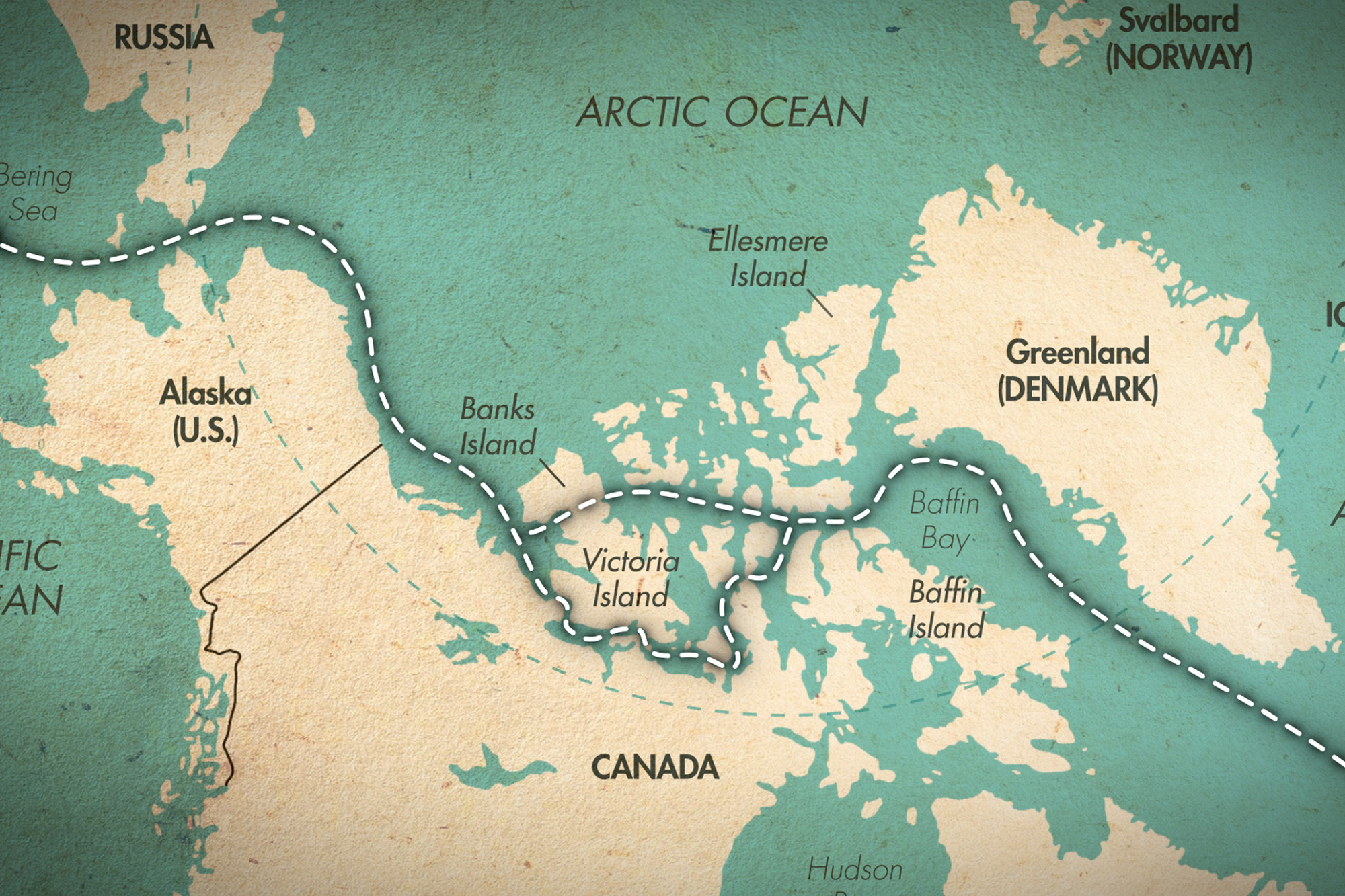 In the late 1800s and early 1900s, Amundsen was part of a new generation of explorers determined to conquer the ice. He dreamed of traversing the Northwest Passage by ship. And eventually he found a way. Norway wanted to assert its rights to northern lands and shape a new national identity. These ambitions fueled Amundsen’s drive.

From 1903 to 1906, Amundsen led an expedition by boat — a converted herring boat called the Gjoa — from Greenland through northern Canada to Alaska. It took patience; this small craft was locked in ice as it inched it way across. When the Gjoa emerged after two winters in ice, Amundsen became the first to have navigated the passage.

Amundsen arrived triumphant in Seattle where he was feted by the large Scandinavian community. The Seattle Times compared his achievement to those of Franklin and Sir Francis Drake.

That success stoked Amundsen’s ambitions. He headed south and became the first to reach the South Pole in 1911, attaining global celebrity. He then headed north again, this time in a vessel, the Maud, built to withstand the ice. He hoped the ice floes would take the ship to the North Pole, but instead he successfully navigated the Northeast Passage across Siberia, only the third person to have done so.

The Maud became a kind of multiyear floating laboratory, taking scientific readings. At one point the ship came to Seattle for repairs and refitting after its propellers were damaged by the ice. Amundsen stayed in Seattle six months. He met a local Danish American businessman, Haakon Hammer, who became his business manager. Amundsen was a spender and had to raise vast sums for his expeditions.

When the Maud went back north to Alaska in 1922, Seattle gave Amundsen’s crew a hero’s sendoff from a dock near what is now the Olympic Sculpture Park. Amundsen had used his time in Seattle to outfit for a new era of Arctic exploration with modern technology. On board the Maud were two new airplanes in crates. Amundsen intended to pioneer the Arctic from the air. He wanted to fly from Alaska to Spitsbergen in Norway.

The planes — a Curtiss and a Junkers — had neither the range nor strength to survive the rigors of Arctic exploration, so Amundsen raised funds and later returned with bigger, better airplanes to try another transpolar flight, but that expedition had to be abandoned after he crash-landed on the ice. Meanwhile, Hammer’s business management had driven Amundsen into bankruptcy.

Undeterred, Amundsen sought to fly north via even newer technology. He teamed with the Italian airship inventor Umberto Nobile to fly to the North Pole in a dirigible with a Norwegian crew, American financing from explorer Lincoln Ellsworth, and a team of Italian mechanics. In 1926, the airship left Spitsbergen and in just 17 hours traversed the pole.

By that time, explorers Robert Peary and Frederick Cook had already claimed to reach the pole on foot, and another, Richard Byrd, had claimed to fly over it. Yet serious questions have been raised about the accuracy of those accounts and their calculations, and it now appears that Amundsen & co. weren’t just the first to float an airship over the North Pole, but in fact the first on record to have actually reached it.

The Norge fell short of its intended destination of Nome and had a hard landing in Teller, Alaska. Still, it was a 20th-century triumph. When they returned to civilization — aka Seattle — they were given a huge welcome. But the rather dour Amundsen took offense at Nobile and his crew, in part because he thought they were trying to hog the glory, but also because Amundsen was against fascism and Nobile’s success was embraced by Mussolini. 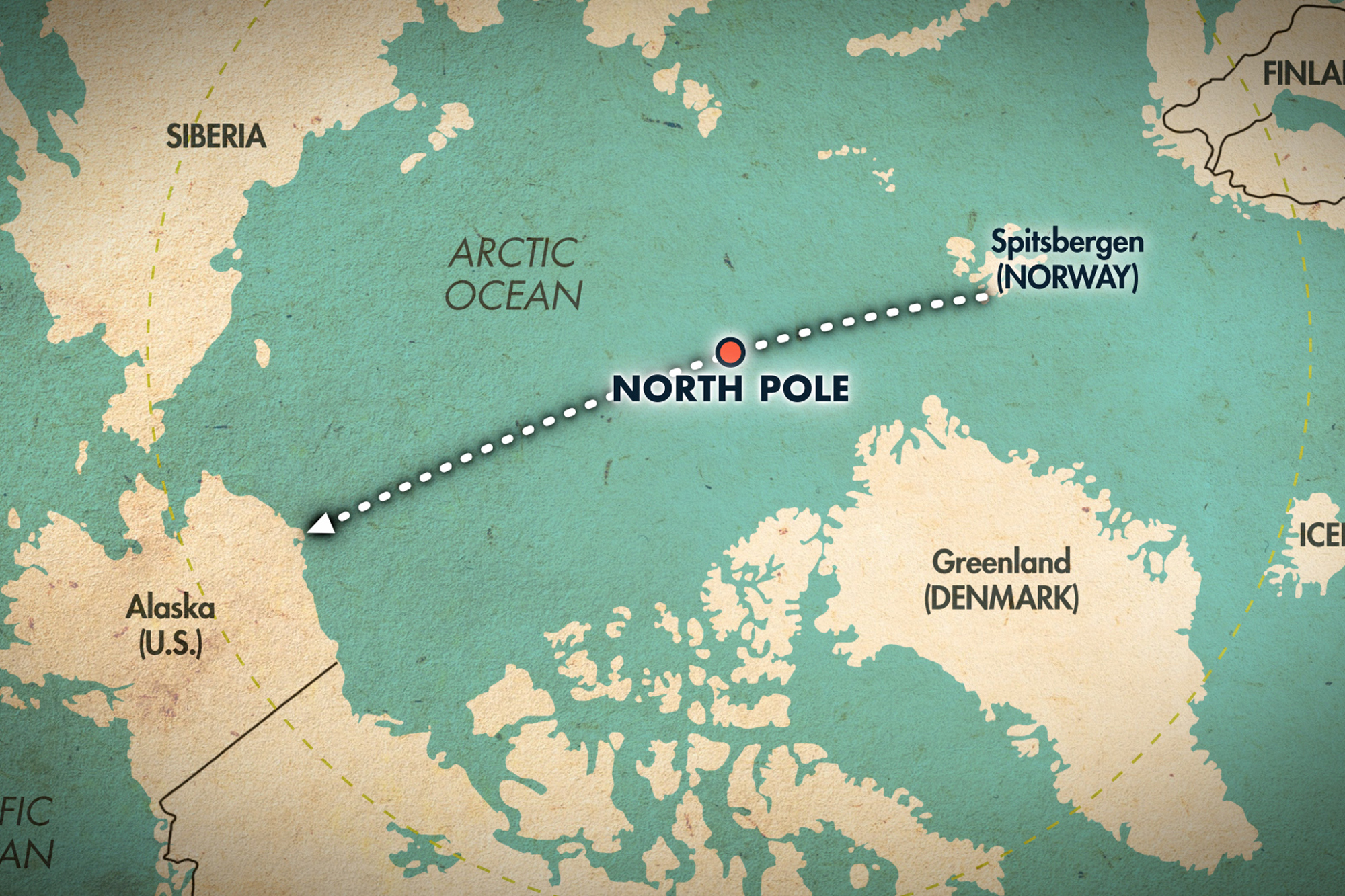 Some years later, Nobile would try his own Arctic expedition in another airship, but it crashed. Amundsen set out by plane to search for Nobile and his lost airmen. Nobile was rescued, but Amundsen’s search plane disappeared in the far north and, like his hero Franklin, he was never found.

But relics, including a pair of snowshoes at the National Nordic Museum in Ballard, help us remember that our region had a role in the adventures of polar exploration’s greatest hero.