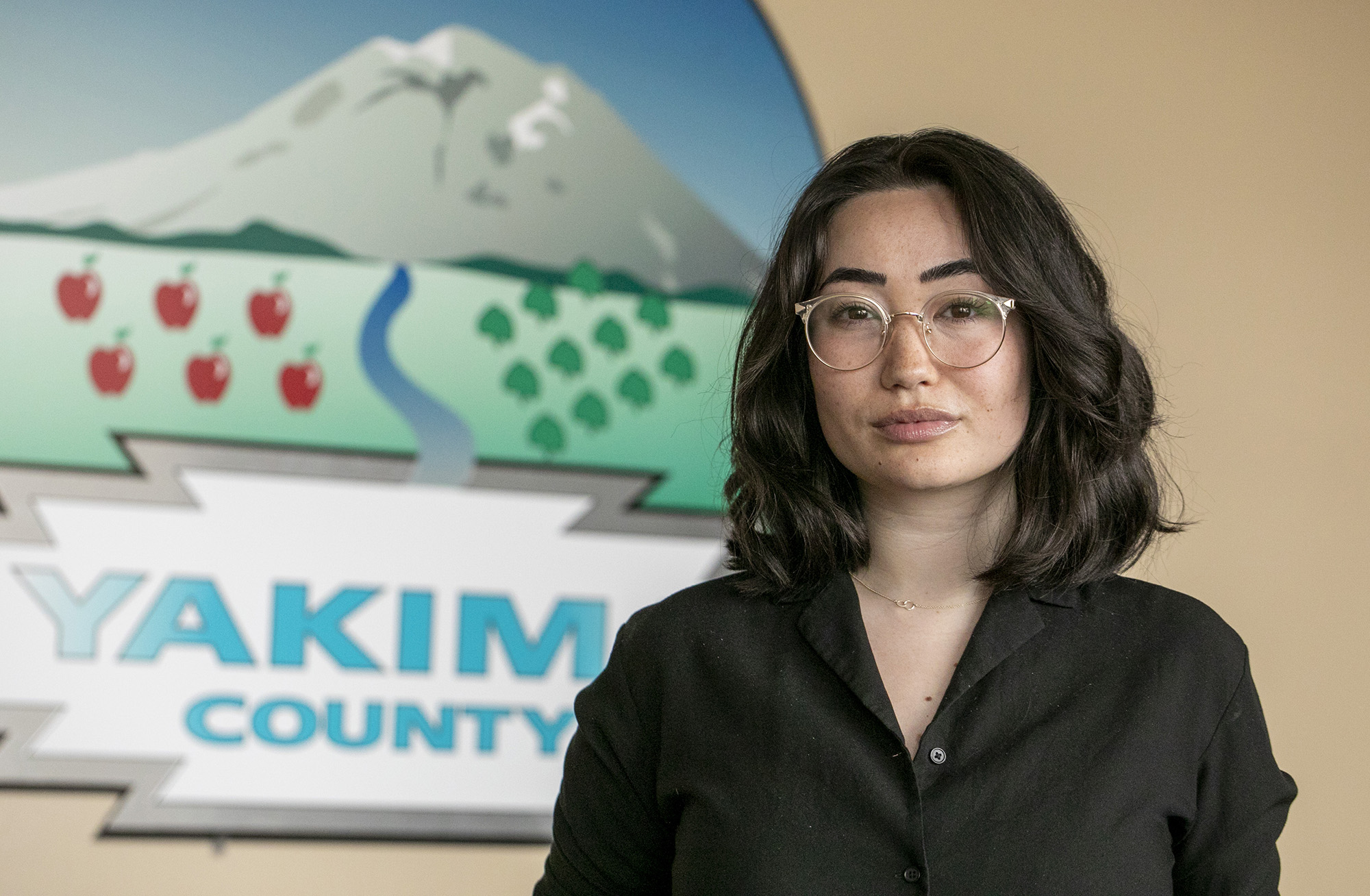 Esther Magasis, director of the Yakima County Department of Human Services, at her office at the Yakima County Courthouse building, June 10, 2022. Magasis is in charge of a small department that was reestablished in 2019 after being shuttered in 2014. (TJ Mullinax/Crosscut)

The situation demonstrates one example of how some rural counties, lacking in social service infrastructure, have struggled to get massive injections of emergency federal relief out to people in need.

Esther Magasis, the director of the Yakima County Human Services Department, which is in charge of administering rent assistance, told Crosscut that her department was created just months before the pandemic and lacked adequate staff in normal times. She said launching a new program to dole out tens of millions in rent assistance presented an immense challenge.

“It’s been just an incredible amount of work for us to take on during a really chaotic time right at the inception of our department,” Magasis said. “And without all the people that we needed to even cover the responsibilities we had going into 2020.”

Yakima’s $1.1 million in lost money was part of a larger reshuffling orchestrated by the U.S. Treasury Department, which took funds away from underperforming states and localities and redirected them to governments spending more aggressively — often larger cities with more renters.

The federal government sent more than $25 billion to local governments to pay off renters’ debts in early 2021 as part of the Consolidated Appropriations Act, the second stimulus passed under former President Donald Trump. An additional $21.5 billion came from the American Rescue Plan.

Only counties with more than 200,000 residents qualified to receive money directly from the Treasury. (Smaller counties in Washington received federal rent assistance in the form of pass-through dollars allocated by the state Legislature.)

Last fall, the Treasury began taking money back from states and local governments that had spent less than 65% of their initial allocation, redistributing the funds to higher-need states like New York, Texas and Oregon that were spending their funds more quickly and efficiently.

Idaho, which to date has spent just 35% of its allocation, lost $63 million — the most of any state except South Dakota. Yakima County, which received a first batch of $7.5 million in January 2021, was one of just a couple dozen counties nationwide forced to return some of their direct rental relief to the Treasury.

Sarah Gallagher of the National Low Income Housing Coalition said the reallocation process helped get money to areas of higher need with more capacity to spend it.

“We saw some of the high-need states run out of funds very quickly and others who have enough funds to really go well past the deadline of 2025,” Gallagher said. “So there’s this real disparity based on these original allocation formulas.”

Several Washington counties and tribes benefited from the reshuffling. King County got an additional $5.6 million. Overall, Washington has spent about 78% of its allocated rent assistance funds, putting it near the middle of the pack nationally, according to a tracker maintained by the housing coalition.

Rutter, the legal aid attorney, works with low-income tenants and helps them apply for rent assistance. Many of Rutter’s clients are farmworkers, and about half speak solely Spanish. The complex paperwork requirements, language barriers, multiple agencies to coordinate with and a lack of an online option to apply made the process an uphill climb, with some waiting more than three months for relief.

“Most people just don’t have that amount of time,” Rutter said.

Without an online option, most applicants to Yakima’s rent assistance program had to meet a caseworker in-person or over the phone to apply. To speed things up, Rutter’s organization sought and obtained authorization to submit applications themselves, rather than waiting on one of the county’s five contractor agencies. Rutter said the organization received little guidance and the county was unresponsive to troubleshooting technical problems.

One of Rutter’s clients was left waiting so long that she abandoned her mobile trailer rather than risk being evicted in court. Rutter said she requested two continuances (postponements of the hearing date) from the judge, citing the pending rent assistance application, but ultimately the process just took too long to be useful.

“It was just incredibly frustrating — you know we have these funds, but there are all these bureaucratic roadblocks for people,” Rutter said. “We could have saved her from homelessness.”

Since last September, when Yakima began forfeiting money to the federal government, the county has averaged about 100 evictions per month, according to data obtained by Crosscut via a public records request. After a downward trend in 2020 caused by a statewide moratorium, evictions have since returned to near pre-pandemic levels.

Magasis, director of the county’s 2½-year-old Human Services Department, largely concurred with Rutter’s assessment of the program not moving fast enough to meet the need. She said her newly formed department has been chronically understaffed and was outmatched by the scale of the program, adapting to complicated federal rules and juggling multiple funding streams, including state funds with earlier deadlines.

“I feel confident that my department did everything we could with the resources we were able to have,” Magasis said. "We did what we could to compensate for not having the staff that we needed to run our programs.”

Magasis said she “repeatedly and consistently” asked the county leadership for additional help, but was turned down by the former commissioner in charge of her department, Vicki Baker.

Although Yakima County received $7.5 million from the federal government in January 2021, state and federal data show that it distributed no rent assistance money until June of that year. By the end of September, the county had spent just 7% of its initial federal award, prompting a concerned email from Gov. Jay Inslee’s policy office. This put Yakima County firmly within the U.S. Treasury’s “excess funds” category.

By then, it was far too late to catch up to the 65% spending threshold needed to avoid recapture. Magasis said she was able to lessen the amount lost by submitting a “program improvement plan” to the Treasury, although she doesn’t know by how much.

Magasis said she spent much of the first half of 2021 familiarizing herself with the eligibility rules and reporting requirements of the U.S. Treasury, which are more detailed than for state or local funds. (She added that she believed payments started in May but were not reflected until the following month.)

The biggest bottleneck, however, came from a time-consuming fraud prevention tactic, which entailed her personally hand-checking each application for duplicate names, email addresses and phone numbers and investigating every possible overlap.

The county contracted with five agencies to distribute the funds, with each developing a separate application. Because of this, McKinney worried about the possibility of people applying to all five and double-dipping.

“Fraud was very high on my mind,” McKinney said.

Available data suggests that fraud in rental assistance programs is extremely rare, but policies designed to target fraud can sometimes exclude those the program was meant to help. Earlier this year, Thurston County officials shut down their rent assistance program for months over unproved fraud allegations.

“It did strike me as odd,” Rutter said of the manual de-duplication process. “Why don’t you have some sort of technology that can do that?”

In March, the county moved to an online system that accepts applications through LiveStories, a Seattle-based software company that handles rent assistance for multiple other Washington counties. That has freed up Magasis from doing time-consuming de-duplication and sped up processing times to two weeks.

But Yakima County and other governments could lose additional rent relief money as Treasury continues reallocation efforts on its latest round of rent assistance funding. Magasis said Yakima County has spent just $340,000 of the nearly $6 million in that allocation so far.

One reason Magasis was screening applications by hand has to do with past cuts to social programs.

Yakima County previously disbanded its Human Services Department in 2014 and outsourced mental health, homelessness and senior services to regional and state-funded organizations, according to the Yakima Herald-Republic.

County officials reestablished the Human Services Department in December 2019 and appointed Magasis, previously the county’s homeless program manager, as director. The department had just one other employee at the time.

Magasis said her old position remained vacant for nearly two years as she worked to keep up with the demands of responding to COVID-19, running the department and launching a housing assistance program with $17 million from varied state and federal sources, each with their own timelines.

Commissioner McKinney, who took office in late 2020, told Crosscut the county is trying to hire more staff across many departments, but is struggling to field applicants. She deflected questions about administrative delays to the five partner agencies, but was unbothered by the county’s lost funding.

“The million dollars we gave back, I look at as a huge victory in the sense that we were able to get $17 million out,” McKinney said, “and we gave it to people that we feel very confidently were deserving of it.”

None of the commissioners who chose to disband the department in 2014 are still in office. Ron Anderson, the longest-serving county commissioner, who took office in 2017, did not respond to multiple requests for comment on why Yakima was the only county in Washington to forfeit federal rent relief funds.

Rutter balked at McKinney’s optimistic assessment of the county’s $1.1 million in lost funds.

“No, it’s a huge deal. That money could have been put in the hands of people in Yakima County and helped them stay housed,” Rutter said. “That really saddens me that one of our county commissioners doesn’t think that it’s a big deal.” 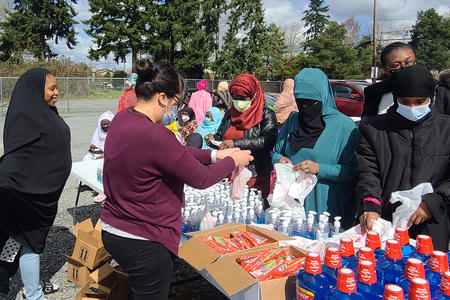 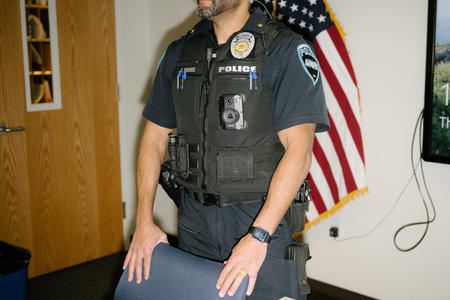 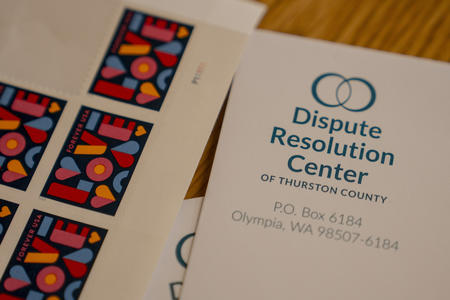 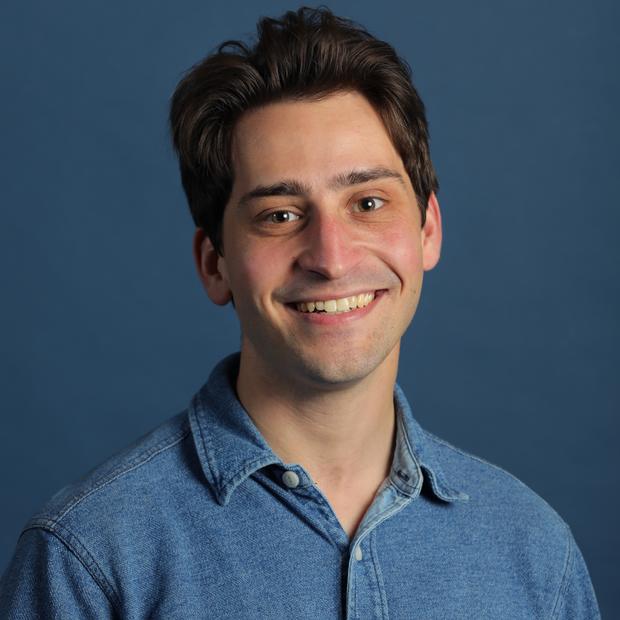