A Crosscut guide to finding federal dollars in your community.

Federal recovery money has made its way to local governments and community relief programs via a convoluted mix of grants, state and federal legislation, contracts and loans. Some money has gone out to individuals as rent assistance or unemployment benefits. Loans and grants went to private businesses for economic development. And billions went to hospitals and health districts to respond to the pandemic.

Local and state leaders will increasingly decide where recovery dollars go over the next few years as they divvy up American Rescue Plan money and apply for Bipartisan Infrastructure Law awards. Crosscut hopes this guide can help you track down information about where money is going in your community and explore publicly available funding data yourself.

You will find tools below for checking which local restaurants got revitalization dollars, how much direct money Washington cities and counties received from the American Rescue Plan, state recovery spending totals and many other resources.

Read our independent investigative reporting on federal relief and infrastructure spending at WA Recovery Watch. Follow our work at: @recovery_watch. Send your questions or suggestions to the investigations editor at jacob.jones@crosscut.com.

Eli Byerly-Duke, a senior research assistant at Brookings Metro, said people basically have three ways to find more information about recovery spending in their community. They can use third-party tracking tools like those found below. They can seek out the budget allocations in their state or local government websites. Or they can take spending questions directly to their local officials to learn where the money is going.

"These are big investments,” Byerly-Duke said.

Federal lawmakers have approved more than $5 trillion in recovery spending since spring of 2020 to reinforce health care resources, provide relief to families and stabilize the economy, according to data from the nonpartisan Committee for a Responsible Federal Budget. That data shows at least $86 billion in federal spending committed to people and projects in Washington state by April 2022, with the Trump administration previously approving $2.5 billion in health and unemployment benefits.

The committee’s COVID Money Tracker allows you to search and sort through federal spending, such as the American Rescue Plan and the Coronavirus Aid, Relief, and Economic Security (CARES) Act, or by state or industry. The tracker does not appear to include the $1.2 trillion Infrastructure Investment and Jobs Act money.

Richard Coffin, chief product officer at nonprofit USAFacts, recommends using the U.S. Treasury’s USAspending.gov tool to search for details on COVID-19 relief awards and contracts. You can also use the Advanced Search tool to narrow down awards by filtering for keyword, location or COVID-19 spending under the Disaster Emergency Fund Code.

Coffin wrote that allocations can be designated as “authorizations,” meaning approved in legislation; “obligations,” meaning directed to a specific use; and “outlays,” meaning dollars actually spent. He noted some of this spending data can lag by a few months, and it can be hard to track dollars after the first step in its allocation.

The federal Pandemic Response Accountability Committee provides a portal for searching business and health care relief awards, as well as an interactive map for exploring awards at the county or ZIP code level.

Byerly-Duke echoed the caveat that federal data may identify the initial relief recipient without following the money down to subrecipients, or it may show payments to a company’s headquarters instead of the local community where the money is spent. 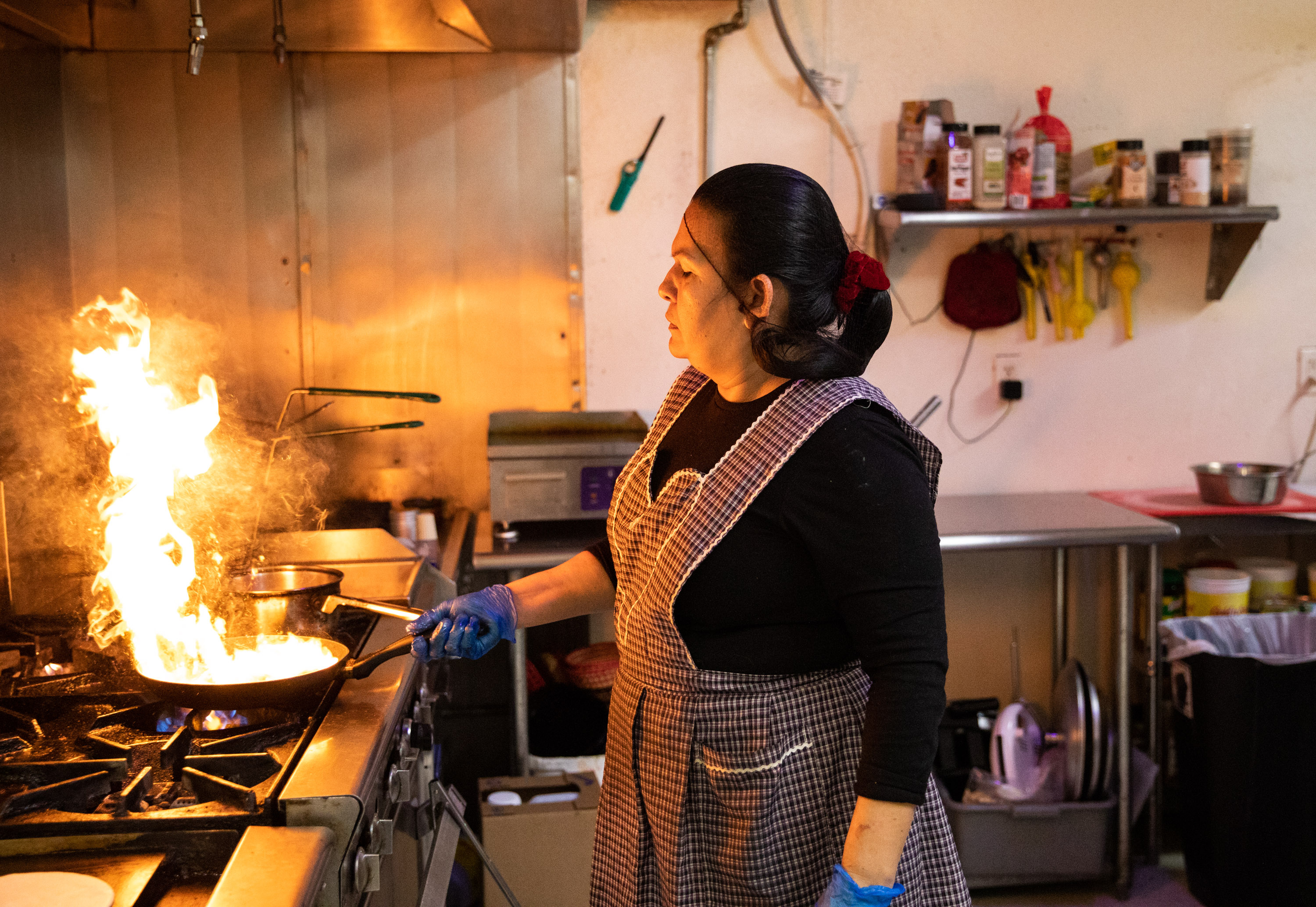 The federal Paycheck Protection Program authorized the Small Business Administration to provide more than $792 billion in loans to help businesses keep employees on their payroll during the early months of the pandemic. At least $714 billion of that has since been forgiven. ProPublica, an investigative journalism nonprofit, has built a tool to search PPP loans by organization, business type or ZIP code. Reveal, with the nonprofit Center for Investigative Reporting, has also mapped those awards, by census tract.

The Small Business Administration awarded $918 million in Restaurant Revitalization Fund grants to more than 3,200 businesses in Washington state in 2021. Crosscut’s reporting found that the largest grants went to restaurants in the Puget Sound region, while smaller and rural restaurants had difficulty getting relief money. Find Crosscut’s searchable listing of all Restaurant Relief Fund grants in Washington here.

The Small Business Administration also oversaw the Shuttered Venue Operators Grant,  a $16.2 billion relief program for arts and entertainment venues that closed down during the pandemic. Crosscut’s reporting found that community-based groups often struggled to qualify for the grants, while some businesses sued in federal court to overturn their rejections and walked away with millions. Explore Crosscut’s interactive map of venue grant awards to Washington-based organizations here.

You should check for dates on when funding data has been last updated. Some recovery programs have conducted multiple rounds of payouts, which can create a lag of a few months before funds are reported or added to some of the tracking tools. 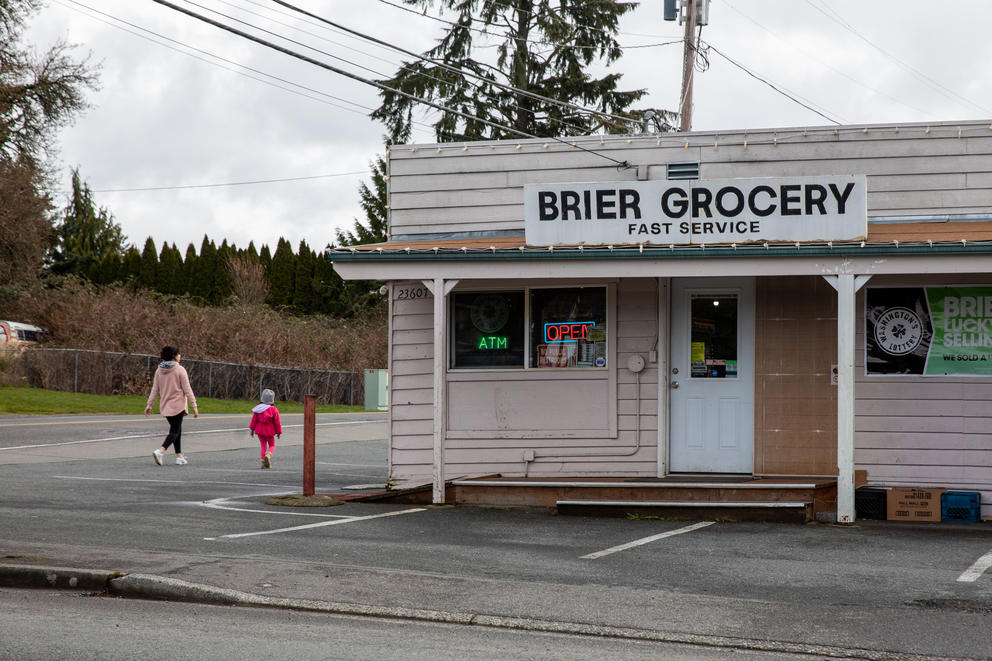 The Washington state Office of Financial Management broadly outlines how officials have allocated federal money to state pandemic response operations and recovery programs. You can filter spending by agency and funding source. Previous CARES Act spending allocations can be found here. The Office of Financial Management notes this information includes only federal dollars passed through state agencies, not money that federal agencies have sent directly to businesses, nonprofits or local governments.

The American Rescue Plan also provided $195 billion directly to state governments as Coronavirus State and Local Fiscal Recovery Funds. Washington gets about $4.4 billion from that federal program, receiving the first half (or “tranche”) in May 2021 and getting the second half this coming summer. Those dollars must be obligated by the end of 2024 and must be spent by the end of 2026.

Katie Furtado, a research analyst at Good Jobs First, suggested going straight to the state’s budget website to find the details of spending at state agencies. Those sites can be more complicated to navigate, but will offer the most detail on state-level decisions.

Furtado also recommended the ARPA State Fiscal Recovery Fund website from the National Conference of State Legislatures. You can search legislative spending bills by state or usage category, with links to the bill’s details for each allocation.

"They have a wonderful dashboard,” she said. "They sort of compile places where the state budgets come from."

A wide variety of the state’s other relief and infrastructure spending has gone through the state Department of Commerce. You can find some details of the pandemic response, economic stimulus, public works and other funding allocations online here.

The American Rescue Plan also provided nearly $1.5 billion in Fiscal Recovery Fund money to Washington counties and $1.2 billion to the state’s cities and towns. That money also came in two halves, with cities and counties receiving their first tranche in May of 2021. The second half is expected this summer. Local officials have until the end of 2024 to decide on funding commitments and until the end of 2026 to spend it.

Crosscut’s reporting found six Washington cities and towns that declined or did not claim their direct federal money, missing out on a combined $2.4 million. Some city officials said the federal accounting requirements appeared more difficult than they could justify, or they did not need the money. Other town officials said they did not know about the money. Search a list of Washington city and town recovery awards here.

The Local Government ARPA Investment Tracker details spending on projects at large cities and counties across the country, including Seattle and King County. The tracker is a joint effort by Brookings Metro, the National Association of Counties and the National League of Cities.

Analysts said local officials have started making many decisions about how to use the direct recovery money and should be reaching out to the public about community priorities. Furtado with Good Jobs First said people should watch for public forums or hearing notices on projects under consideration.

"The most important thing,” she said, “is to pay attention to your local paper."

“The best source is their local government,” he wrote. “The money is coming from Washington, [D.C.] — and has some constraints. Still, the decisions about what to do with it are really coming from local elected leaders and public sector officials.”

The Treasury Department released this spending data in July 2022, based on expenditure reports from state and local governments. Crosscut has isolated the data from Washington state below. In December 2022, we updated the spreadsheet below to include updated data through June 2022 from the state as well as large cities and counties. That data now includes a "completion status" field on some projects.

Crosscut has obtained these primary records on American Rescue Plan and other federal relief spending directly from local governments. These records should not be considered comprehensive. Some records may represent point-in-time reports, proposals pending approval or informal assessments from local officials. But we hope these records will provide insight into how local agencies have approached tracking their spending. We will continue to add documents as we collect them.

Ask Jacob your questions about federal relief and recovery spending in Washington state. 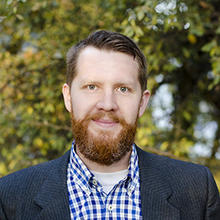 Jacob Jones is Crosscut's investigations editor, dedicated to pursuing public-interest accountability stories throughout the state. He previously worked as a staff reporter at The Inlander in Spokane and The Daily World in Aberdeen. He has also had his work published in The Washington Post, The Spokesman-Review and other regional publications. Find him on Twitter @jonesdaily or email at jacob.jones@crosscut.com.