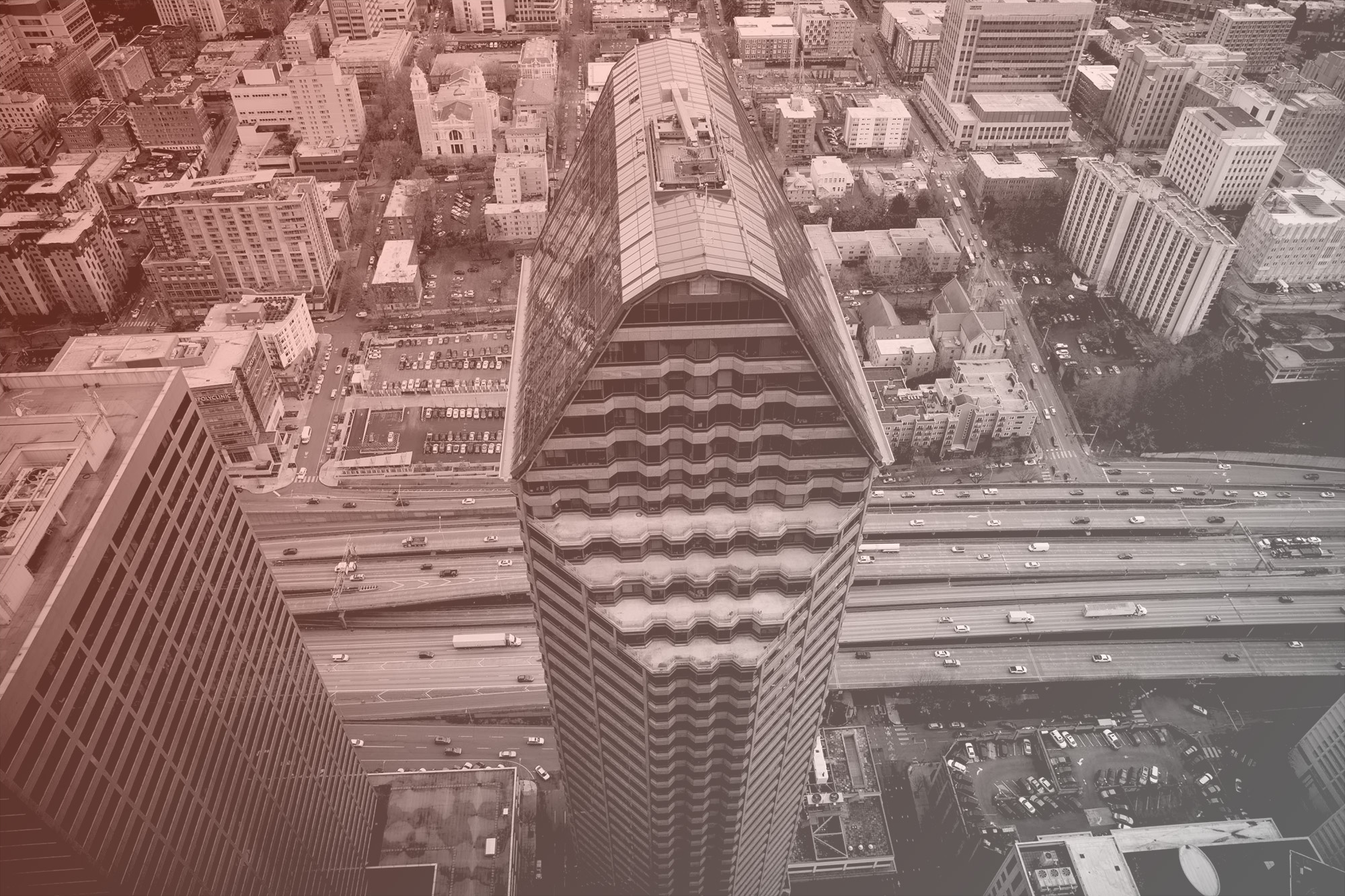 Seattle's Municipal Tower houses various government offices, including Seattle City Light, Seattle Public Utilities and the Department of IT. As a result of the coronavirus pandemic, the city's latest budget forecast predicts shortfalls of up to $300 million this year. (Matt M. McKnight/Crosscut)

In under two months, the coronavirus pandemic has set off what’s projected to be a deep global recession, with dire economic consequences for people and businesses the world over. Those people and businesses also happen to be taxpayers, which means that governments are in trouble, too. Seattle is no exception. On April 21, the City Budget Office released a forecast predicting that the city’s budget will take a hit of $210 million to $300 million this year — on the upper end, that’s more than a sixth of anticipated revenue evaporating into thin air.

Tapping into Seattle’s rainy day and emergency funds can help to close this gap, as will federal and state aid. Still, there’s little doubt that this fall’s budget process will be dominated by the questions: What can we salvage, and what do we cut? Even in the boom times of recent years, city budget meetings were the place homeless shelter providers and neighborhood P-Patch enthusiasts go to compete for scant crumbs of public funding. In other words, this isn’t going to be pretty.

But looking at the economic forecast on which those budget numbers are based, there’s reason to worry that things may get much worse.

Early in March, when the first restrictions on large gatherings were just starting here in Seattle, many economists and politicians hoped for a “V-shaped recovery.” Sure, commerce would take a dive, but when the bans were lifted, pent-up demand would propel it straight up again. This was the “long weekend” theory of the coronavirus crisis: When it’s all over, the alarm rings and businesses, workers and customers rub the sleep from their eyes and leap back into action, just like any old Monday morning.

As March marched on, this theory became less and less tenable. Shelter-in-place orders spread and lengthened, and even a “U-shaped recovery” — with a longer trough and a more gradual upswing — began to seem like wishful thinking. The dreaded “L-shape” being too frightening to contemplate, some forecasters abandoned the alphabet and turned to corporate logos instead. The recovery, they said, would resemble a Nike “swoosh.”

As everyone keeps saying, these are unprecedented times, and the many unknowns make the perilous art of prediction even more challenging. A look at the March blog posts of IHS Markit, the “global information provider” responsible for the city of Seattle’s forecast, illustrates this well. On March 11, IHS Markit was still predicting that the United States would avoid recession and maintain a positive GDP growth of 1.8%. By March 20, that optimism was out the window: Instead, it expected a contraction of 1.7%. Then, on March 30, a new forecast put this year’s GDP on track to shrink by 5.4% — a recession “deeper than the one following the global financial crisis in 2008-09” — and it came with a warning: “The risks remain overwhelmingly on the downside and further downgrades are almost assured.”

This third forecast is the baseline scenario that appears in the Seattle’s budget report. Also included is a pessimistic scenario, with a sharper contraction; IHS Markit ran a third, optimistic scenario, but by April 21 that was clearly not in the cards, so city officials didn’t dwell on it. The baseline and pessimistic scenarios both “predict a recession that will be short but quite deep,” lasting into the summer, with a swoosh-style recovery beginning this fall.

The two scenarios differ when it comes to the downturn’s depth — how many jobs are lost before the recovery begins — and, therefore, how long it will take for the Seattle area to return to nearly full employment. In the baseline scenario, that happens around the end of next year. In the pessimistic scenario, we’re looking at sometime in 2023.

However, there are two major reasons to think that even this pessimistic scenario may be too rosy. First, there’s the very real possibility of further coronavirus outbreaks, leading to further periods of sheltering in place. Vaccines, herd immunity, contact tracing — none of the obvious paths to economic normality is straightforward or certain. We’re at war with an enemy we don’t yet fully understand. We have no clear plan or timeline for victory. The mere potential for repeated shutdowns makes a “normal” recovery unlikely: Who’s going to take the risk of starting a restaurant or café, knowing that it may have to close its doors for a period of weeks or months at any moment? Confidence and investment in COVID-susceptible sectors of the economy is sure to be dampened by fear.

Second, there’s the danger that the coronavirus recession will trigger a larger meltdown. Before the pandemic, many already believed the global economy was on a precarious footing. Fear ran high last summer, when the yield curve inverted — an unusual occurrence interpretable as the bond market “expecting” a recession, and which has in fact preceded every recession since the 1970s. Last fall and early this year, experts warned of skyrocketing corporate debt, much of it low-quality, raising the specter of widespread business failures and layoffs. The United Nations warned that the risk of a global recession in 2020 was high. If the pre-pandemic economy was already as fragile as these alarm bells suggest, it seems possible that the coronavirus has  toppled only the first domino. We could be heading into a prolonged global depression.

Of course, this is all speculation. I’m not suggesting that Seattle’s City Budget Office should have considered these bleaker visions of our economic future. After all, the budget forecast is about guiding policy makers in the near term, and IHS Markit’s pessimistic scenario offers plenty of problems to solve. It’s not clear what would be gained at this juncture by predicting even more doom and gloom. All I’m saying is, don’t be surprised if we’re not saved by the swoosh.