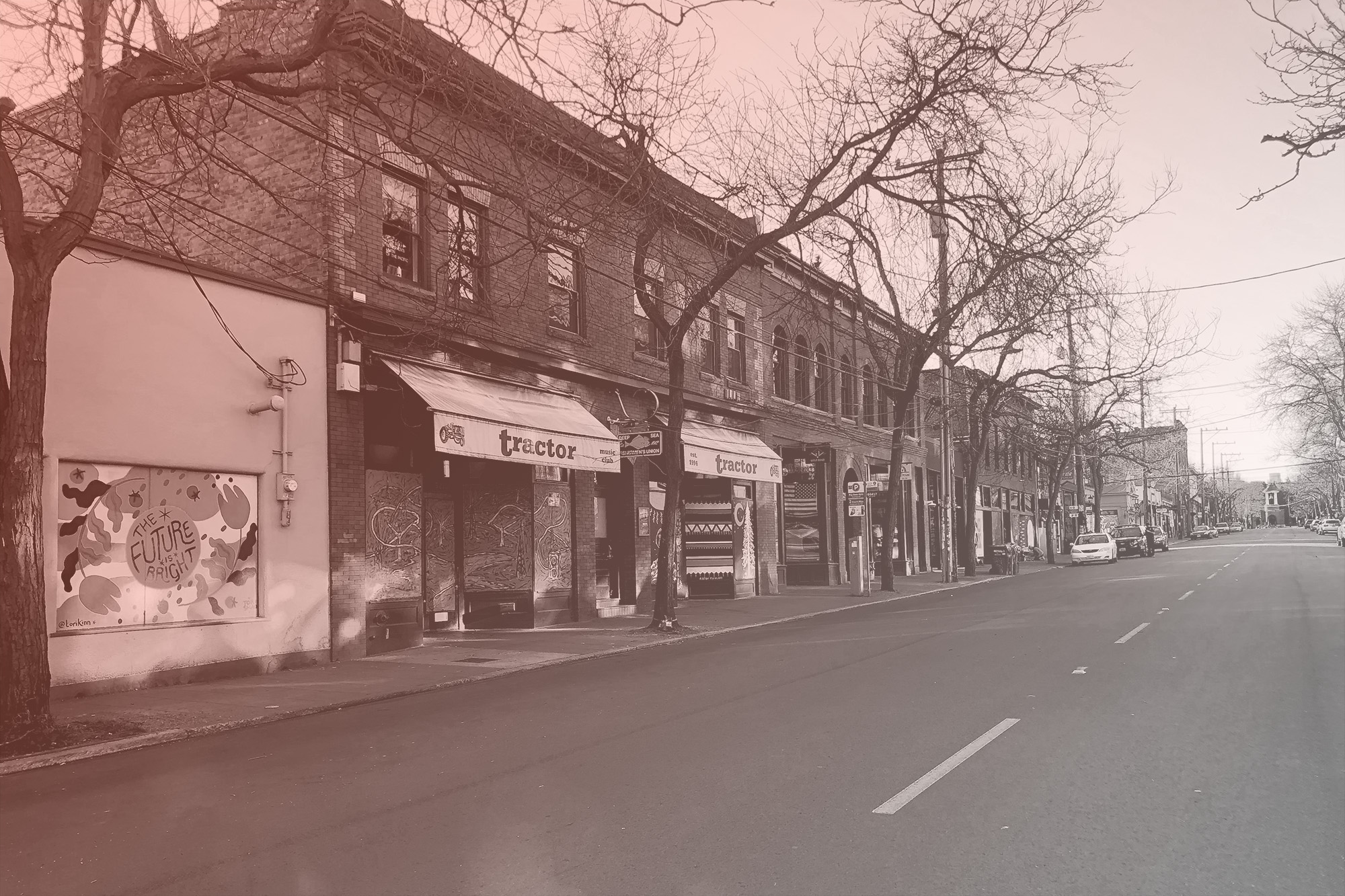 In Dante’s Inferno, this warning is inscribed on the gates of Hell. In a bleak mood, you might imagine that it also hung over the month of March 2020, when we slid headlong into a global pandemic and a deep recession, with no end in sight. Or, just as appropriately, these words might haunt the mind of a novice sitting down with a stack of economics texts, intent on mastering her subject. Bretton Woods and stagflation. Debt-to-equity ratios and financialization. Structured investment vehicles, mortgage-backed securities and credit default swaps. What does it all mean? Which circle of Hell are we in, again?

Last week I wrote about the city of Seattle’s budget forecast and why it may be too optimistic. You’ll be hearing a lot more from me in the months to come, because I’m going to be writing a weekly column on the recession for Crosscut Opinion. I’m here to help you make sense of the convulsions of the global economy as they bear on Seattle and our metropolitan area; the choices facing local and state policymakers, as they grapple with budget shortfalls, social crises and emerging needs — and what it all means for our daily lives. Sometimes, I’ll give my opinion, too.

Am I an economist? Well, not exactly. But let me walk you through my qualifications. For some years now I’ve been observing and participating in local politics and civic life through my work with the Transit Riders Union. Once in the far-off mists of time I studied physics and philosophy at a very old English university, then quit before finishing a degree. I’ve worked at plenty of odd jobs, and if you need a drain unclogged, I’m the woman to call. (But please don’t.) So, no, I’m not an economist. But I have read all three volumes of Karl Marx’s Capital, and I was the captain of my high school mathletes team. You’re in good hands.

The global financial crisis of 2007-09 dealt a major blow not only to the economy, but also to the reputation of the economics profession, which found itself blindsided. How could thousands of highly educated people whose entire job is to analyze and ponder the economy fail, with only a handful of exceptions, to see the warning signs? Did economics even deserve to be called a science?

Now, as we look back on the decades leading up to that crisis, we can see in broad outline the profound economic changes that set the stage: deregulation, globalization, the rise of finance and an ever-growing concentration of wealth. People may disagree on whether these and related developments were on balance good or bad for humanity, largely inevitable or the result of policy choices that could have been different. But it’s hard to dispute that economists, taken as a bunch, acted less as probing, critical observers and more like eager cheerleaders, providing the tools and the arguments to speed those transformations while ignoring their deeper implications and risks.

Which brings me back to Dante. A decade or so ago my boyfriend and I read the Divine Comedy aloud to each other. We pored over the endnotes to learn who these individuals were, whom the fictional Dante and his guide, the fictional Virgil, encounter wailing and writhing, suffering horrible torments in punishment for their sins. Slowly it dawned on us: They were, many of them, Dante’s political or religious enemies, often still alive at the time of publication. Some power move! The Inferno is many things, but one of them is a transmutation of personal animosities and judgments into literature. The discipline of economics is a little like that. It’s also many things, but one of them is a transmutation of political and class interests and assumptions into science.

That’s not to say it’s all bunk. But economics is a strange beast, even putting aside the problem of bias. On the one hand, there are plenty of measurements to be made, plenty of patterns, correlations and causes, rules and relationships to be discovered. There’s more than enough math to make you feel you’re doing something very precise. But you’re never going to find laws like the laws of physics, because in this case the atoms are human beings, with all the complexity of behavior and motivation that entails; and not human beings in the abstract, but human beings as shaped by life under capitalism; and not even capitalism in the abstract, but capitalism as it has developed over the centuries, in dramatic leaps and bounds, into the highly integrated global system it is today.

What this means is that economics is deeply embedded in history. If you assume that all the same rules that governed the markets of yesterday will continue to govern the markets of today and tomorrow, you will be wrong eventually, and perhaps in short order. Beware the elegant mathematical model. A broader perspective on human society and human nature, where we’ve been and where we’re all going, will surely help, but it still doesn’t give you a magic key to the future.

And yet, more than perhaps any other science, economics is inherently about prediction. The main function of the profession is to guide action: to inform the fiscal, monetary and labor policies of governments, and the business and investment decisions of corporations, banks and other financial institutions. Economists’ advice is indispensable, yet fraught with peril. Layer on top of that the problems of bias and ideological distortion, and you can begin to appreciate the full predicament of the economist. He is a person being paid to know the unknowable, by people who very definitely want to hear some things and not others.

Now, as we enter a novel, pandemic-triggered global recession, the economists have a long journey ahead of them, and so do we. We’ve passed through the gates already, so there’s no going back. I, Virgil-like, will be your guide. Is there some corner of Hell you especially want to visit? How am I doing? You can always email me with column suggestions or feedback. I’m going to need your company, because if my gloomy prognostications are correct, we could be down here for quite some time. But take heart: After Dante made it through the underworld, and then climbed the mountain of purgatory, he finally got to tour paradise. That’s something we can all look forward to.