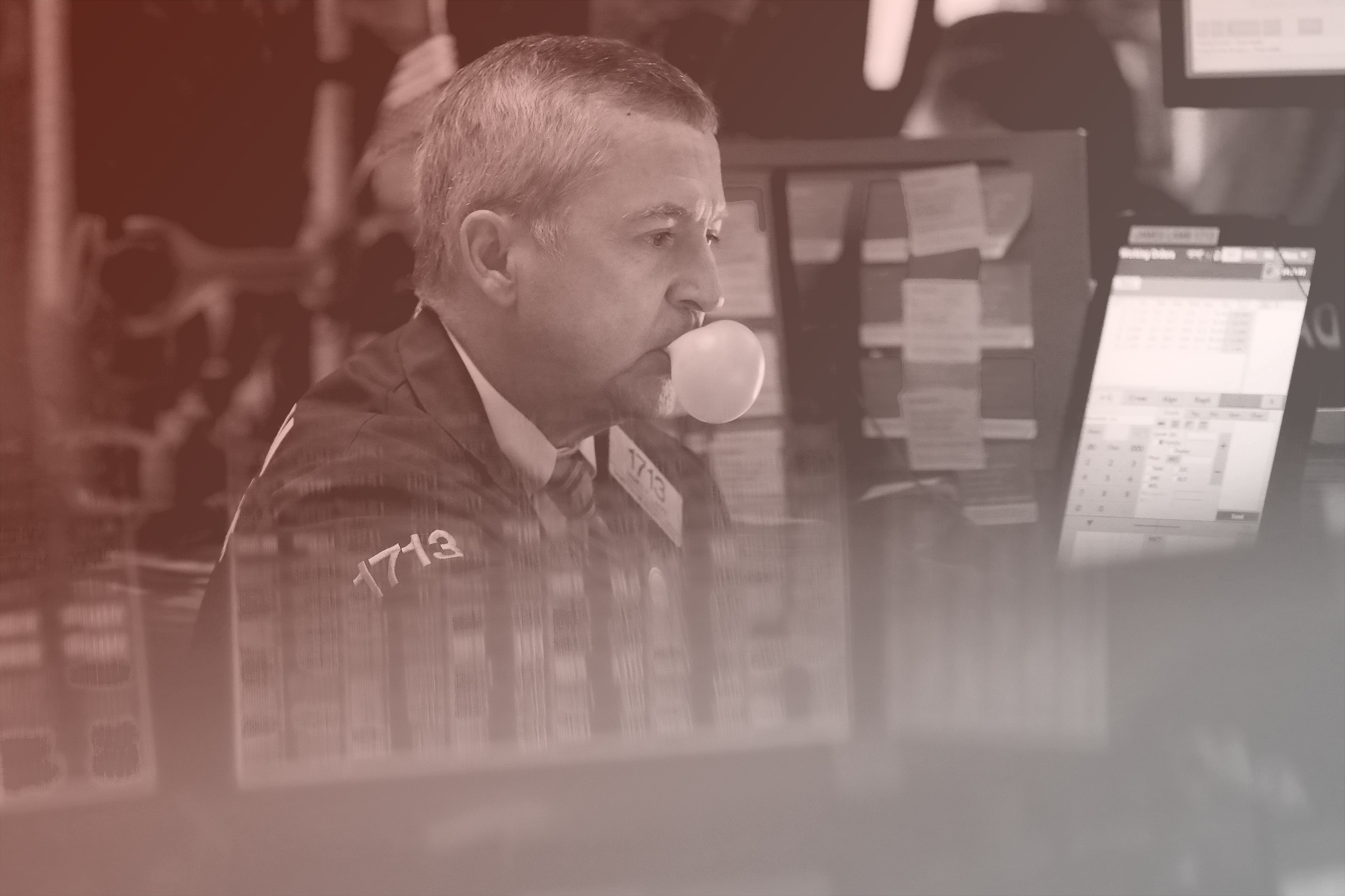 Trader James lamb works on the floor of the New York Stock Exchange, March 3, 2020. Stocks fell sharply in March, after an emergency interest-rate cut by the Federal Reserve failed to wipe out fears that COVID-19 could lead to a recession. In subsequent months, the market recovered, but the U.S. had officially entered a recession in February due to a slowdown in economic activity. (Richard Drew/AP)

Back in May, I wrote an introduction to this series of columns on the COVID-19 recession. A Twitter commenter objected that I was already off to a bad start. Didn’t I know that we’re in a depression, not a mere recession?

Many observers, including me, have been flinging around comparisons between our present predicament and the Great Depression of the 1930s. So, maybe now’s a good time to try to get down to bedrock. What is the difference between a recession and a depression, anyway? Which one are we in? And is that even the right question?

This is part one of a four-part series on coronavirus and capitalism publishing throughout July. Read part two, part three and part four.

If you poke around online, you’ll find that a common rule of thumb for a recession is two consecutive quarters of falling gross domestic product. But the National Bureau of Economic Research, which monitors U.S. business cycles, uses a more complex definition, summarized by “a significant decline in economic activity that is spread across the economy and lasts more than a few months.” In June, the NBER announced that the U.S. had slid into recession back in February; even if the downturn winds up being unusually brief, its “unprecedented magnitude” and “broad reach” warrant that label.

So, we’re officially in a recession. But for how long? The NBER considers a recession to be a “period of diminishing activity rather than diminished activity.” That means a recession ends, not when things return to “normal,” but the moment contraction gives way to the first faint hint of growth. For example, the Great Recession officially ended in June 2009, even though unemployment hadn’t yet peaked — it rose to 10% that October — and the turn toward austerity, the Occupy Movement and a slow (and arguably never fully realized) recovery still lay in the future. The Great Depression, by this definition, actually contained two distinct recessions — one lasting from August 1929 to March 1933, and another from May 1937 to June 1938 — connected by a period of expansion, during which unemployment never dropped below 14% and most people remained pretty damn miserable.

What’s a depression, then? Here our authority fails us; the NBER isn’t in the business of declaring depressions. There are definitions out there, but nothing definitive. So, let’s just say that a depression is a long period of economic pain, lasting years, through which most people remain pretty damn miserable.

If you like precision, all this probably sounds like a big pile of arbitrary. That may be so. Still, how we view economic crises, and how they’re named and explained by those in power, is significant. How do you make a system seem normal and acceptable when periodic shocks throw millions out of work, often into life-ruining destitution? It was easier, maybe, back when U.S. workers had memories of worse poverty and persecution in Europe, or had once been enslaved. Others, fresh off the farm, were used to droughts and floods and locusts; perhaps the labor market’s caprices didn’t seem all that different from Mother Nature’s. But as time went on, technological progress made universal prosperity ever more obviously achievable, our lives became in all respects so much more “manmade” and, for many, generations of relative security raised expectations. To be still so thoroughly at the mercy of our own economic creation has become increasingly embarrassing.

Language is revealing in this respect. In the 19th and early 20th centuries, financial crises were commonly called “panics,” and recessions were “depressions” or “slumps” — more colorful, less sanitized words. Ironically, it wasn’t until the Great Depression that “recession” came into common use. Lexicographer John Ayto notes that “there was more than a hint of euphemism in the coining of this term.” He traces it to The Economist in 1929, a week after the stock market crashed: “The material prosperity of the United States is too firmly based, in our opinion, for a revival in industrial activity — even if we have to face an immediate recession of some magnitude — to be long delayed.” We now know how that turned out.

In retrospect, it’s hard not to see the Great Depression as something not merely quantitatively, but qualitatively, different from your typical business cycle fluctuation that rolls around every five or 10 years. Was it, instead, some more profound crisis of capitalism as it existed at that time? Maybe we’ve been asking the wrong question.

“Recession” and “depression,” however you define them, are surface descriptors, related to measures like gross domestic product and unemployment. Classifying the Great Depression as deeper and longer than your average recession doesn’t tell us what caused it, or what it signified. Similarly, merely asking whether our present doldrums will last months, or years, sidesteps larger questions:

Is this strange, coronavirus-induced slump an anomaly overlaid on an otherwise healthy, growing economy? Or has the pandemic triggered a cyclical downturn that was waiting to happen, even long overdue? Or is there something more dramatic afoot, a new profound crisis of capitalism as it exists in our time — and if so, how does it compare with whatever it was that shook the industrialized world in the 1930s?

We’ll pick up this thread next week.