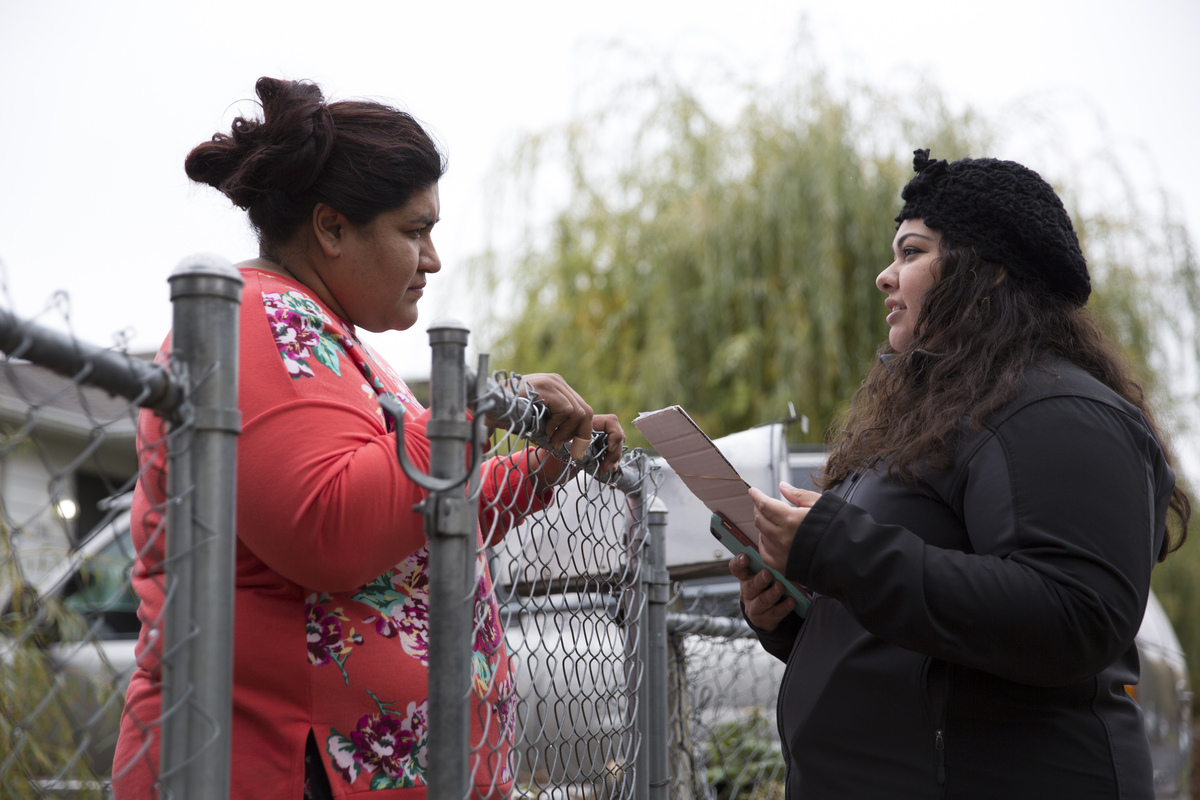 The lawsuit was filed in U.S. District Court in the Western District of Washington in Seattle on behalf of several Yakima Valley residents and the Southcentral Coalition of People of Color for Redistricting. The nonprofit organization’s members include several Yakima County Latino voters who have been involved in other voting rights cases in the region.

The bipartisan state Redistricting Commission is tasked with redrawing political districts once a decade to reflect changes in population, incorporating the latest data from the U.S. census.

The lawsuit claims the redistricting plans for the Washington legislative districts offer a “facade of a Latino opportunity district.” That’s because while the percentage of Latino voters — 50.02% — meets the majority standards for the 15th Legislative District, the commission’s approved map is drawn in a way that dilutes Latino voting power.

The lawsuit takes issue with the commission’s move to exclude adjacent and heavily Latino communities in Yakima County from the 15th District and instead includes more rural white communities from Benton, Grant and Franklin counties.

“I think the very simple issue is that Latino communities don’t have a decisive voice when it comes to their elected officials,” said David Morales, a Yakima attorney and treasurer of the Southcentral Coalition of People of Color for Redistricting. “That is a basic problem of democracy.”

Lisa McLean, executive director of the Redistricting Commission, said the commission had no comment due to ongoing litigation. A spokesman said Commissioner Paul Graves does not comment on pending litigation. Commissioners April Sims, Brady Piñero Walkinshaw and Joe Fain did not respond to requests for comment.

The lawsuit cited “reconstituted” elections results showing that Latino voters in the redrawn 15th District would have been on the losing side in nearly all major elections, including the 2020 U.S. presidential election.

The lawsuit, citing several media stories, said the Redistricting Commission was amply warned that its efforts could violate voting rights laws. Among the reports cited was a Crosscut story regarding a UCLA Voting Rights Project analysis that showed  none of the proposed maps adequately created a legislative district where most eligible voters are Latino.

Morales noted that his group and other organizations, such as the UCLA Voting Rights Project, submitted several maps that would have kept more Latino voter blocs together. The map that the commission came up with did not consider those proposals, Morales said.

“It’s very hard to look at the facts and come to any other conclusion than the conclusion we drew: that this is discriminatory,” he said.

“This is just the latest chapter in this long story,” Morales said.

The Yakima Valley has seen several voting rights lawsuits in the past. In 2014, a federal judge ruled that the city of Yakima’s tem of electing council members by citywide vote disadvantaged Latinos, leading the city to shift to district-based elections. The council has since had several Latino and Latina council members.

Last year, Yakima County settled a voting rights case by agreeing to switch to a district-based voting system in the general election, previously done at-large countywide. The change will force the county’s commissioners to run for reelection later this year.

This is not the only lawsuit filed against the state over the latest redistricting process. Last month, the Washington Coalition for Open Government filed suit arguing the commission violated the state’s Open Public Meetings Act by conducting portions of the redistricting process out of the public eye.