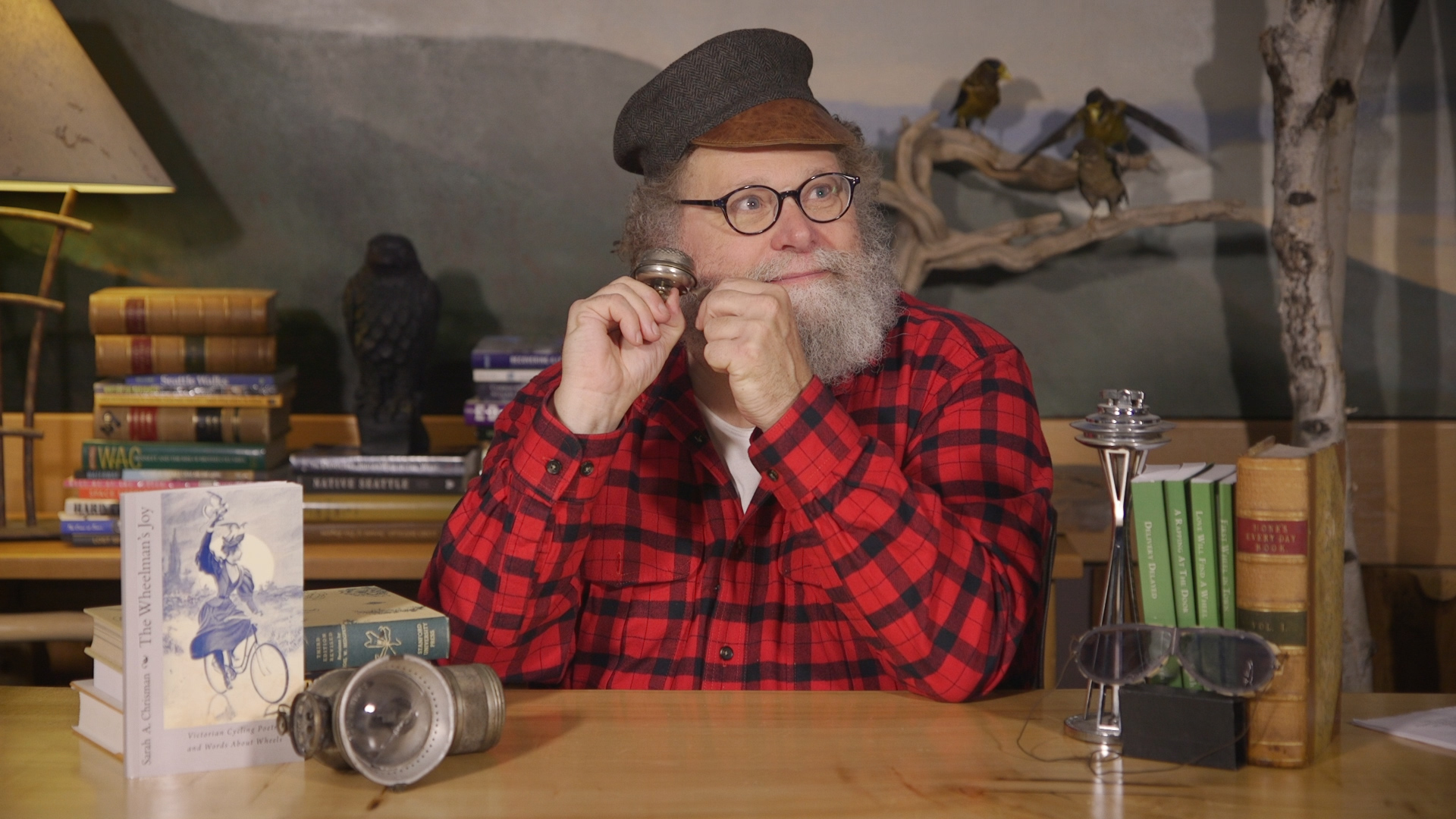 That's a turn-of-the-century bike bell Knute Berger is holding in his hands.

Miles of new bike paths, roving gangs of cyclists, bicycle polo at the University of Washington. There was a time when cyclists ruled the road in Seattle.

Knute takes us back to Puget Sound at the turn of the century to find out: Is the battle between cyclists and drivers even older than the car? Who's responsible for Seattle's early road network? And what's the deal with spandex bike wear?

Knute has written a lot on the subject. You can read more stories here:

The car that broke the back of Seattle's bike craze