Separated at the border, mother and son reunite at Sea-Tac 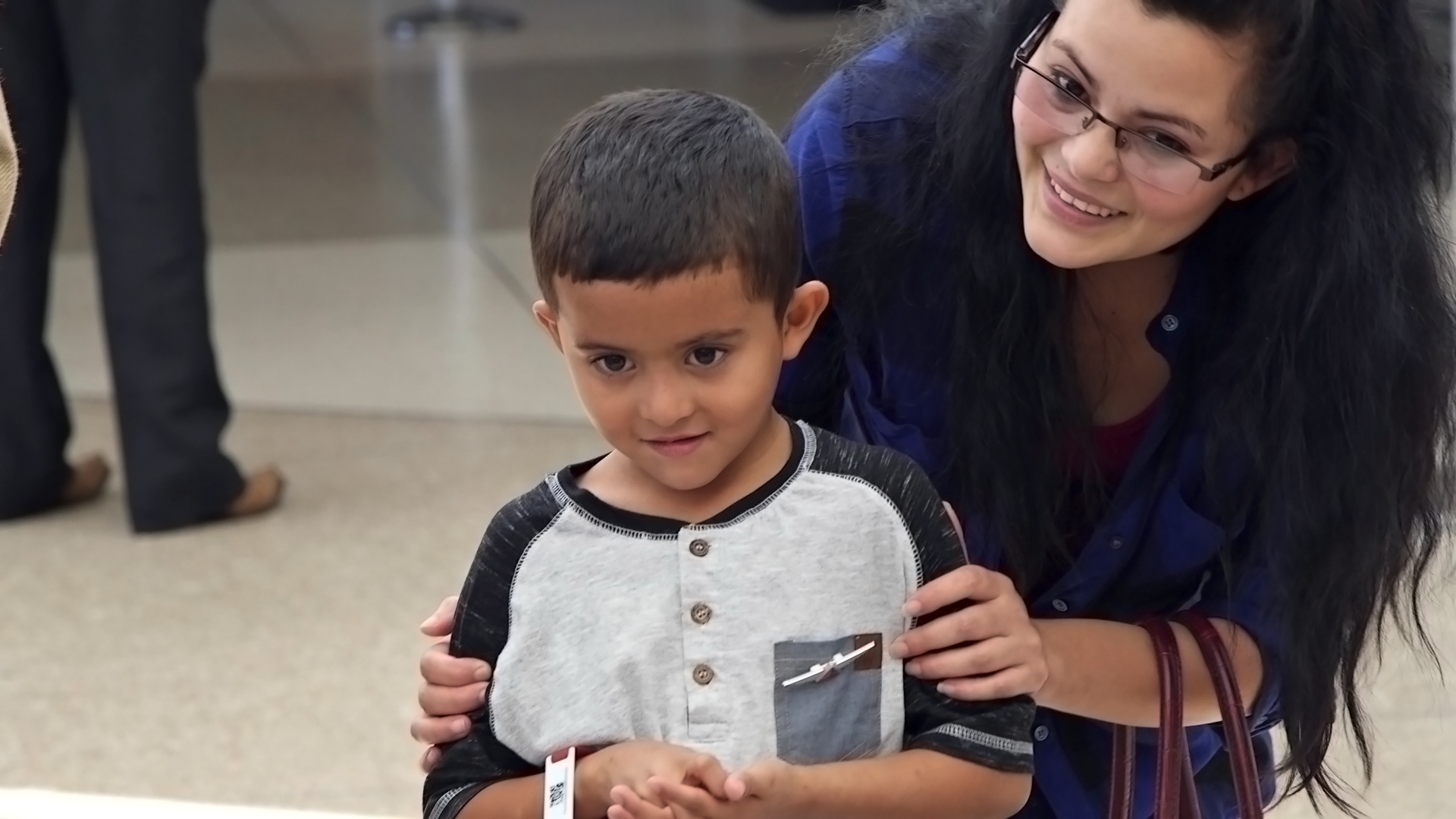 Six-year-old Jelsin is reunited with his mother Yolany Padilla at Sea-Tac International Airport on Saturday. (Still image from video by Eric Keto/KCTS 9)

For the first time in nearly two months, Yolany Padilla was finally able to hug her son on Saturday morning.

“It’s difficult to explain how I feel because this moment is so big,” Padilla said in Spanish as 6-year-old Jelsin clung to her. “It’s been so long since I’ve seen him, just imagine how I feel.”

As a gaggle of reporters and TV cameras documented the reunion at Sea-Tac International Airport, the mother who was separated from her son at the U.S.-Mexico border became the first parent in Washington state to be reunited with her child.

“It was like my heart was going to leap out of my body,” she said smiling.

Under President Donald Trump’s “zero-tolerance” policy, Padilla was among a group of 55 parents separated from their children at the border by immigration authorities and brought to the Federal Detention Center in SeaTac and the Northwest Detention Center in Tacoma. Her son was sent to Cayuga Center, a foster care center in New York.

After paying an $8,000 bond earlier this month, Padilla became the first parent in Washington state to be released.

There are more than 40 parents who are still detained in Washington, according to Jorge Barón of the Northwest Immigrant Rights Project (NWIRP). Approximately 10 parents have been released so far with one other mother expected to be reunited with her child in Nevada on Saturday afternoon, said Barón at a press conference at the airport.

“What we’re demanding is we see more moments like this," he said, addressing the crowd in both English and Spanish. “This has happened not because the government decided to do the right thing but because people have been advocating.”

“We hope this never happens again.”

Padilla is one of three women who sued the Trump administration last month for separating parents from their children.

At a press conference earlier this week, Padilla, 24, spoke about her harrowing journey from Honduras to the U.S. in the hopes of seeking asylum and the obstacles she faced in being reunited with her son. The U.S. government had been insisting parents provide certain types of documentation — fingerprints, birth certificates, proof of income — before reuniting families. But earlier this week a federal judge ruled such a vetting process was unnecessary.

Across the country, approximately 3,000 immigrant children have been separated from their parents under Trump’s “zero-tolerance” policy, which seeks to criminally prosecute anyone who crosses the border without documentation. On June 20, after considerable public outcry, Trump issued an Executive Order meant to end the practice of family separation.

Government officials have been given a July 26 deadline to reunite all remaining migrant children separated from their parents. NWIRP’s Barón estimates there are 2,500 children across the country still waiting to be reunited.

About two weeks ago, Padilla received a "credible fear interview," the first step in the asylum process.

After arriving to Seattle on a flight from New York, Jelsin looked shy but happy alongside his mother.

Asked what she would say to parents still separated from their children, Padilla said: “Don’t worry, the moment will come.”