5 things to do in Seattle

Seattle’s art holiday is this weekend. 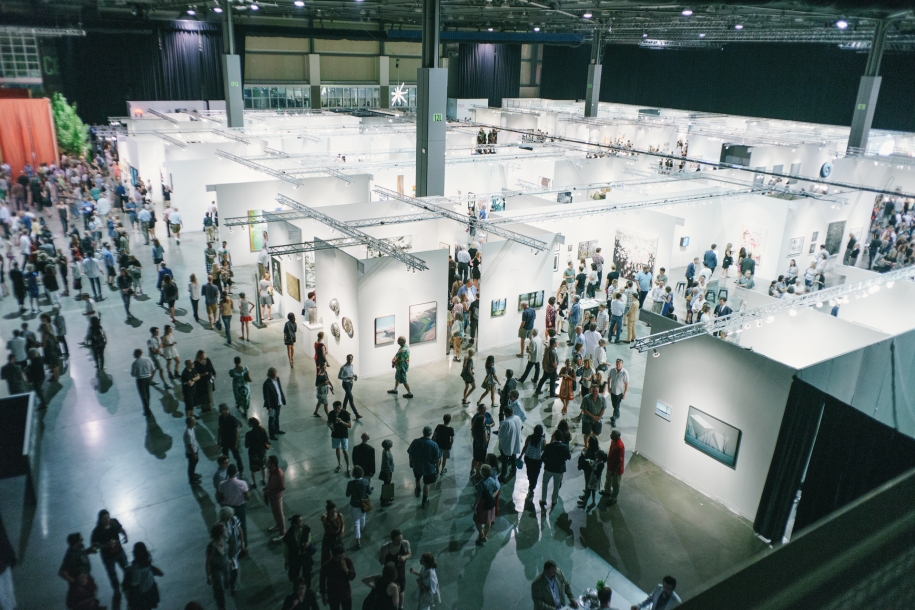 Now in its fourth year, the Seattle Art Fair is just like the Seattle Boat Show (both take place at the cavernous CenturyLink Field Event Center), except instead of ogling Chris Crafts and yachts, you’ll be agog over offerings from more than 100 galleries, including million-dollar paintings and sculptures, giant puppet versions of the historic Boren Sisters (made by a Pee-Wee’s Playhouse alum) and Chris Burden’s “Scale Model of the Solar System” (the sun is positioned at the Gagosian booth at the Fair; Pluto lands way out at Seattle Art Museum). Read our interview with the new Seattle Art Fair curator, Nato Thompson to learn more about this year’s goings on. Satellite events often offer more affordable options, and while local art instigator Greg Lundgren’s excellent Out of Sight exhibit is dearly departed this year, there are other places to experience local work. Georgetown’s Studio E gallery has a show called 1 Room, next door to the Fair, including work by local luminaries Whiting Tennis, Fay Jones, Paul Komada and Dawn Cerny. And while you’re all hopped up on art fumes, be sure to walk a couple blocks south of the stadiums to see the newly completed SODO Track mural installation (read our full story here), Seattle’s most lasting art fair of all. —B.D.

A little over a century ago, the Anaconda Copper Mining Company wielded such outrageous influence on Montana politics that the state’s citizens were moved to pass the 1912 Corrupt Practices Act, closely regulating corporate manipulations of political campaigns. In 2012, the U.S. Supreme Court struck down Montana’s 1912 law, saying it conflicted with the Court’s 2010 Citizens United ruling. Dark Money brilliantly traces how that decision played out on the ground in Montana as huge amounts of campaign-finance money from unknown sources poured into the state at election time. This wasn’t a Republican-versus-Democrat affair. Instead, during primary season, the funders targeted Republicans who were deemed too moderate. As one legislator says, “We don’t even know if they’re domestic, frankly. They could be foreign corporations or governments.” Several Republicans and one valiantly determined journalist, John S. Adams, sought to expose these secretive players. “Dark Money” tells the story of their crusade and eventual success. It’s also a great portrait of a journalist hanging tough, as Adams is laid off from his newspaper chain, loses his home, founds a news outlet (Montana Free Press) and explores all sorts of possibilities with his facial hair while he fights his battles (love that curled mustache!) —M.U.

Portland essayist-memoirist Sallie Tisdale (Stepping Westward: The Long Search for Home in the Pacific Northwest”) has written about Buddhism (Women of the Way), sex (Talk Dirty to Me) and food (The Best Thing I

Ever Tasted). Now, drawing on her professional experiences as a nurse, she tackles the end of life in Advice for Future Corpses (And Those Who Love Them): A Practical Perspective on Death and Dying. She’s quick to offer a disclaimer (“I have never died, so this entire book is a fool’s advice”), but it’s clear that after many years in the field, including a decade in palliative care, she has sound information to share, whether on cremation (“Don’t try this at home”), helping to fulfill a dying person’s wishes (“If her most avid wish is to finally get the hall closet organized, get cracking”), or the pros and cons of tube feeding: “After certain surgeries, tube feeding is a good temporary treatment. For a person who is dying, it is a special kind of torture.” It’s all presented in the context of contemporary attitudes towards death: “We have a grand social agreement about mortality. We choose not to notice, if we can.” Tisdale will be interviewed by Seattle author David Shields who writes, “Sallie Tisdale’s elegantly understated new book pretends to be a user’s guide when in fact it’s a profound meditation.” —M.U.

The Other Side of Everything

A highlight of the 2018 Seattle International Film Festival returns for a short run at Northwest Film Forum. This fascinating documentary sees the whole history of what was once Yugoslavia through the story of a downtown Belgrade apartment building where director Mila Turajlic grew up, and where her mother — pro-democracy activist Srbijanka Turajlic — still lives. Other Side (the title alludes to the Communist-enforced division of the apartment which put strangers on the other side of a living-room door) incorporates archival footage of protests, lootings and police confrontations, much of it shot from the Turajlics’ apartment windows. The film’s study of friendships strained by political divides is powerful. Its look at what one generation owes the next in fighting (often futilely) for freedom is poignant. Watching it, you can’t help thinking about the bitter partisan divisions straining our own country. —M.U.

If you’re unfamiliar with Seattle author Valerie Trueblood, her new book, Terrarium: New and Selected Stories, offers a fine introduction. It handpicks tales from her three previous collections, Marry or Burn, Search Party: Stories of Rescue and Criminals: Love Stories, and rounds them out with new and more experimental pieces. Some are only a page long, including “Harvest,” a brief memory sketch that opens, “I remember now how I liked having lice.” Trueblood is at her best when deciphering ambiguities of the heart. She makes uncertainty luminous. She’s also wonderful on the geography of Seattle, where many of the stories are set: “The house was hidden from the street by a dense laurel hedge. It was dark now but not raining, and if you turned back at the top of the steep walk you saw there was a dropoff with the dark lake spread out below, so unexpected it could have sprung right out of a rock.” —M.U.