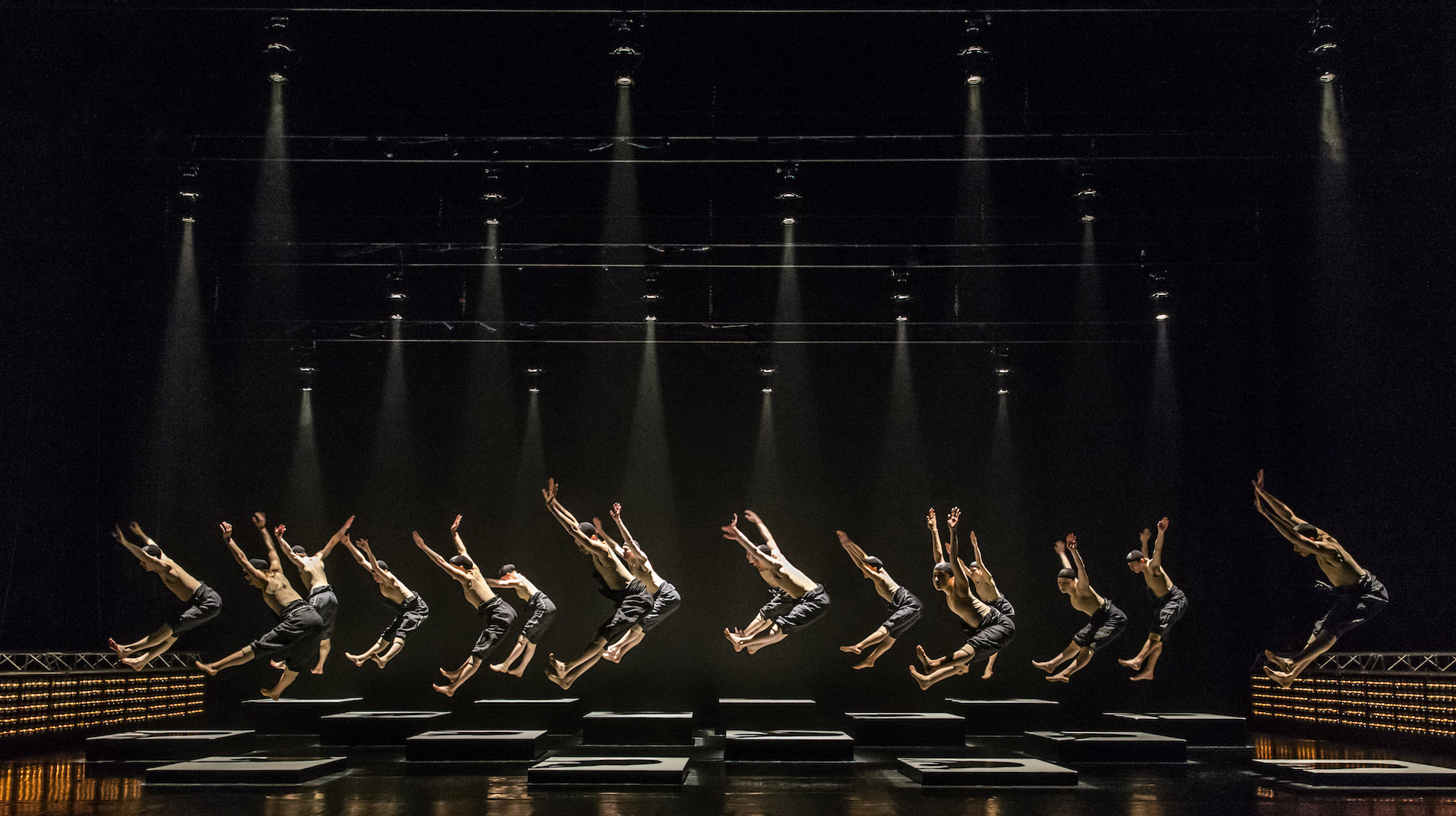 If you want to touch base with the classical music vanguard, Seattle Modern Orchestra is your go-to ensemble. They open their 2018-2019 season at Wallingford’s Chapel Performance Space, one of the more magical venues around town, with a program that includes George Crumb’s 11 Echoes of Autumn for violin, alto flute, cello and piano (a spooky excursion into shadowy, rustling sonic realms). Also on the roster: the world premiere of Seattle composer Yigit Kolat’s Kav Yankilari/Echoes of Tinder for ensemble and electronics, in which Kolat confronts Turkey’s 1993 Sivas massacre. “The victims of the massacre were mainly Alevi artists and intellectuals who came to the city to attend a festival named after Pir Sultan Abdal, a Turkish Alevi poet who lived in the 16th century,” Kolat comments on the SMO website. “The Alevi tradition can be considered as an Anatolian interpretation of Islam, and it is noted [for] its open-minded and progressive stance.… Followers of such a tradition have often been subjected to discrimination and violence.” Kolat, whose work often incorporates “extra-musical topics,” was 9 years old when the massacre happened. “I could feel the shockwave it created in my immediate social circle. It took years for me to see the actual magnitude of the trauma; the scar it left on the social fabric of the country.” —M.U.

First things first: this is not a comic-con. There are no autograph lines for beloved villains, no elaborate latex costumes (well, probably not). Now in its 8th year, the Short Run festival started out as an enthusiastically scrappy show of handmade comics, zines, chapbooks and other (very) small press publications. And while the offerings may have increased in number and scope, the infectious DIY spirit persists — so much so that you may go straight home and start stapling together your own publication in time for next year’s event. With 270 artists represented at the daylong Book Expo, Short Run offers plentiful opportunities to explore the indiest edges of Pacific Northwest literature and illustration. If you’re one of those people lamenting the fact that Seattle no longer has an official book fair, give Short Run a shot. It might just change your definition of “book” altogether. —B.D.

It’s not often that a touring symphony orchestra comes through town, so this visit from Taiwan’s national symphony is notable. The program ranges from Taiwanese composer Gordon Chin’s “Dancing Song” (from his Three Aboriginal Songs for Orchestra, based on traditional folk songs of aboriginal tribes) to Brahms’ Symphony No. 2. Acclaimed pianist Stephen Hough joins the orchestra for Liszt’s Piano Concerto No. 1 in E-flat Major. When the orchestra played in Los Angeles in 2016, Los Angeles Times critic Mark Swed called it “a first-rate ensemble, one of Asia's best.” This is their first visit to Seattle. —M.U.

In his All Premiere programs, Pacific Northwest Ballet director Peter Boal loves to bring local dance fans the latest choreographic news from around the world. Two pieces in his new lineup — Alexander Ekman’s Cacti and Alejandro Cerrudo’s Silent Ghost — debuted within the last decade at Nederlands Dans Theater 2 and Aspen Santa Fe Ballet, respectively. Cacti, performed with live musicians onstage, looks like an especially thrilling combo of driving movement and wild visual interactions between the dancers and the set. Boal likes to cultivate choreographic talent from within the PNB ranks, too, and PNB dancer Kyle Davis’ A Dark and Lonely Space will have its world premiere on this triple bill. Space tells the tale, through dance action, of an emerging planet trying to find its spot in the solar system. In rehearsal, Ezra Thomson — as the planet — moved anxiously and vigilantly to a different beat from the swirling bodies around him, intriguingly uncertain of what was in store for him. —M.U. 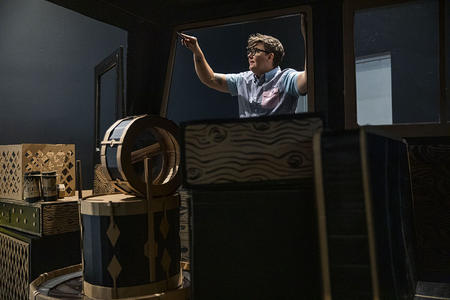 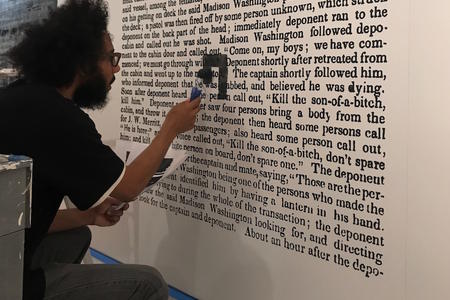 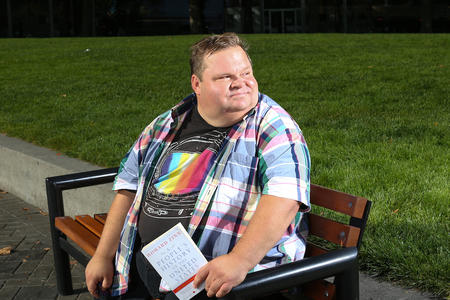 This glorious new book by the author of The Orchid Thief takes as its starting point a 1986 fire that devastated the Los Angeles Public Library, before  touching on all aspects of the library’s operation and history. Whether she’s recalling her earliest book-borrowing excursions with her mother or observing the library’s role in offering sanctuary to the homeless (“Every problem that society has, the library has, too”), Orlean keeps her focus on “the bigger puzzle the library is always seeking to assemble — the looping, unending story of who we are.” Along the way, she delivers a brisk history of the city of Los Angeles and serves up a steady stream of portraits of L.A. eccentrics past and present, including the aspiring actor and compulsive liar who may have been the arsonist behind the fire. “The library is a whispering post,” she writes toward the end of the book. “You don’t need to take a book off a shelf to know there is a voice inside that is waiting to speak to you, and behind that was someone who truly believed that if or she spoke, someone would listen.” Marvelous stuff! —M.U.

The Seattle photographer, best known for his candid shots of makeshift dwellings, takes a striking and curious turn in his new show, Pine. In these archival pigment prints and LED-lightbox-illuminated archival transparencies, the focus is on messages carved in tree bark that, in Johnson’s words, “conjure up sentiments of love, alienation, or even the most basic desire to declare, ‘I was here. See for yourself!’” Some images boast strange, saturated stained-glass hues while others are deliberately bleached out, rendering their messages almost illegible. A short film about his process reveals he uses firework sparklers to achieve his unusual effects. Music is a key part of Pine, and a beautiful catalog for the show, published by Minor Matters Books, comes with a vinyl LP featuring tunes by Johnson, Tenderfoot, SassyBlack, artist Whiting Tennis and others. The funniest and most anomalous piece in show, “Make Out Tree,” is a pink neon sign pointing toward a woodsy rendezvous spot. —M.U.

If you go: G. Gibson Gallery through Dec. 1

If you’re in need of frothy yet intelligent distraction — and who, this deep into the Trump administration, doesn’t need just that? — this 1894 play by George Bernard Shaw may well be the ticket. In this production directed by 5th Avenue Theatre artistic director emeritus David Armstrong, Shaw’s satire about wartime heroics and pragmatic self-preservation has the over-the-top mannerisms and hectic pace of a light operetta. Brenda Joyner is a treat as Raina, a young Bulgarian woman whose soldier-worshipping airs get badly punctured when a Swiss mercenary (a droll S.F. Kamara) takes refuge in her bedroom while fleeing the Bulgarian soldiers trying to kill him. Richard Nguyen Sloniker, as Raina’s foppish fiancé, Major Sergius Saranoff, is a delectably silly mustachioed tin soldier brought to life. Jonelle Jordan and George Mount, as the family servants (she’s tactlessly rebellious, he’s manipulatively obsequious), and Allen Fitzpatrick and Suzy Hunt, as Raina’s clueless father and resourceful mother, round out a fine cast. Julia Hayes Welch’s set design for Raina’s bedroom in the opening act (think: opulent, fabric-strewn bower) gets things off to a luscious visual start. —M.U.

If you go: Seattle Shakespeare Company at Center Theatre, various times through Nov. 18

And in this Corner: Cassius Clay

Renowned for engaging (read: incredibly fun) theatrical productions of classic books such as The Very Hungry Caterpillar, The Velveteen Rabbit and Go Dog Go, Seattle Children’s Theatre takes a break from endearing animals this month to showcase a still relevant, still resonant historical figure: Muhammad Ali. And In this Corner: Cassius Clay (by Idris Goodwin) begins with Ali as a tween — a kid with an entirely different name, whose interest in boxing is sparked by the friendly police officer (and part-time boxing coach) he meets after his bike is stolen. Directed by Seattle up-and-comer Malika Oyetemin, this winning new production covers a wide range of themes — bullying, standing up for yourself, Jim Crow laws, pursuing dreams in the face of racism and giving back to the community that holds you up — all couched in Ali’s trademark humor, pluck and poetry. —B.D.

If You Go: Seattle Children’s Theatre through Nov. 25. Recommended for ages 9 and older. ($20-$45) Special post-show discussion on Nov. 4 with Rasheda Ali, daughter of Muhammad Ali.