Democrats in Olympia appear to say ‘no’ to capital gains tax 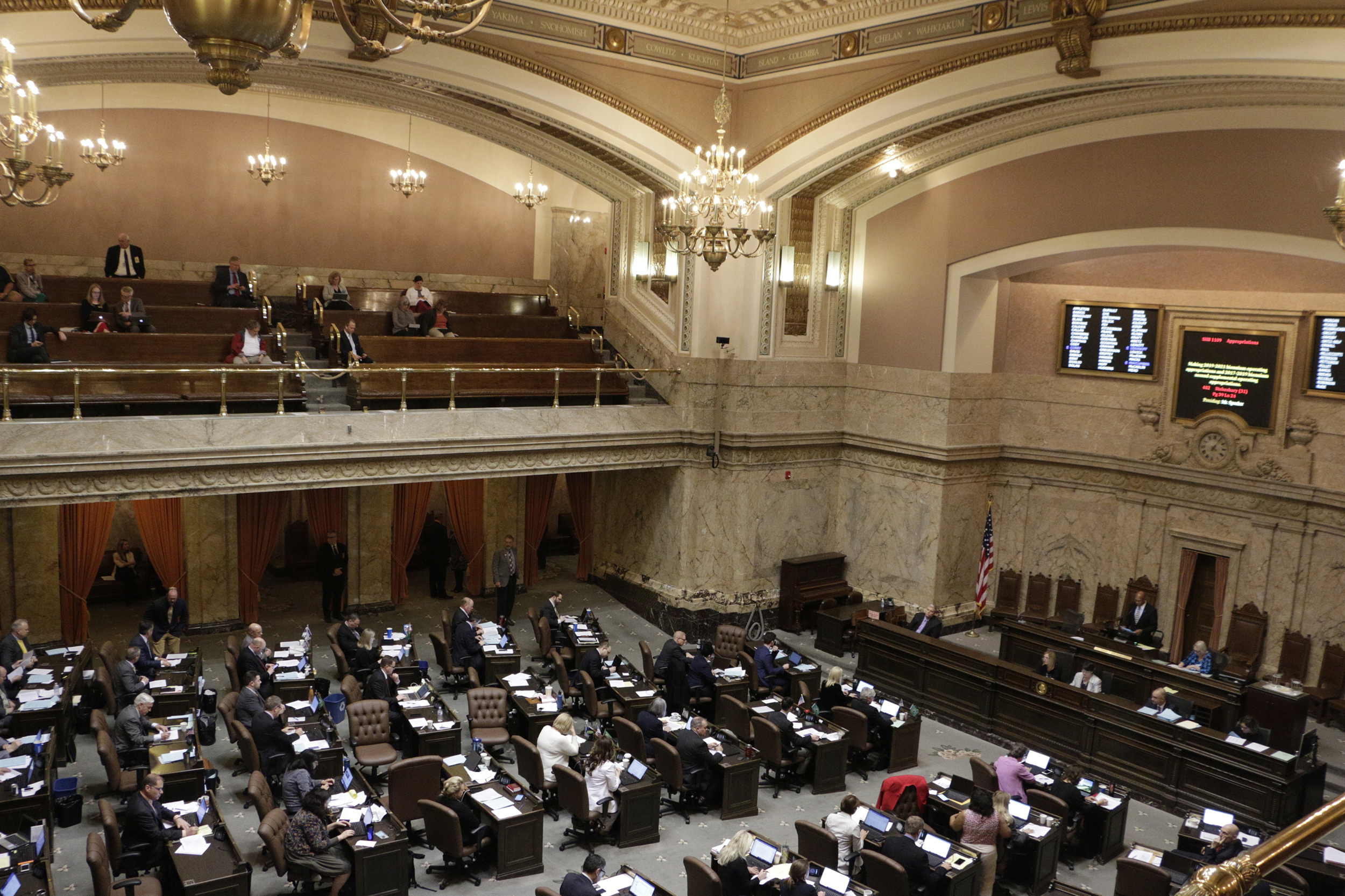 The House debates the state budget plan in Olympia on March 29, 2019. The Senate and House both passed their proposals through their respective chambers before moving to negotiations on a final budget plan. (AP Photo/Rachel La Corte)

Democrats may control both chambers of Washington’s Legislature, along with the governor’s mansion.  But they still can’t seem to find enough political support to pass one of their most discussed policy priorities: a tax on capital gains, which would affect profits from selling stocks and bonds.

On Friday afternoon, Senate Democrats released a rough outline of their new two-year budget agreement with the House, a chamber Democrats also control. Notably absent was a tax on capital gains, or “extraordinary profits,” something House Democrats included in their two-year budget proposal in March.

Nor did Senate Democrats declare victory when it came to their earlier capital-gains tax idea, which would have used capital-gains tax revenue to lower other taxes. Unlike in the House, the Senate never planned to use the controversial tax to help support the state operating budget.

Senate Majority Leader Andy Billig, D-Spokane, said discussions about a separate tax-relief package involving a capital-gains tax were still ongoing. But with the Legislature’s 105-day session set to end on Sunday, time is running out for an agreement. As of late Friday, one did not appear to be in sight.

Instead, Billig and other Senate Democrats described an operating budget deal that would spend about $52.1 billion over the next two years. The budget itself relies on about $460 million in new revenue, which would be generated largely by changing how real estate excise taxes are calculated, increasing business and occupation taxes on large banks, and adjusting some tax preferences.

“We had a negotiation with the House to figure out … what are the priorities, where do we want to make investments that will help move forward our state,” Billig said.

When it came time to deciding how to pay for those investments, he said, “there were a lot of options on the table.”

“These were the options we thought were adequate to fund those important investments, and that we thought we could get the support to pass,” Billig said.

Separate from the operating budget, Democrats also plan to increase taxes on big computing companies — including Amazon and Microsoft — as well as certain other professional services. That plan would raise $376 million over two years for higher education investments, including opportunities for more students in high-demand degree programs, such as computer science and nursing, and financial aid for lower-income families. That funding stream would be dedicated to those college and university investments and not part of the main budget, Democratic leaders said.

All told, the new tax revenue included in the plans lawmakers described Friday amounts to more than $800 million over the next two years.

Republicans on Friday criticized the total spending level in the budget, as well as its reliance on increased taxes.

The budget itself boosts spending on K-12 education by about $615 million over the next two years. More than half of that goes toward paying for school employee benefits, while about $155 million goes toward fixing shortfalls in state spending on special education.

Another big investment area is behavioral health. The agreed-upon operating budget puts about $171 million toward improving mental health and substance-abuse treatment services throughout the state.

The budget doesn’t include money for the wildfire proposal championed by Public Lands Commissioner Hilary Franz, which would have raised about $62.5 million annually for forest health, wildfire prevention and fire suppression projects. But it would spend some additional money on disaster preparedness and wildfire response over a two-year period.

The final budget documents are expected to be released Saturday. They will provide more detail than what Senate leaders laid out Friday afternoon.

While the budget deal is in hand, lawmakers still have other work to do. As of Friday afternoon, they had yet to reach an agreement on how much money they will allow local school districts to raise through voter-approved property taxes, Senate leaders said.

Proposals to lift newly enacted limits on those local levies have been fiercely debated this year. Although the state boosted its funding of K-12 education substantially in recent years in response to a court order, some local school districts have said they still don’t have enough money to meet all of their needs.

They’re looking for legislators to pass a bill addressing that issue before Sunday’s scheduled adjournment.