Zachary DeWolf won the endorsements of the Martin Luther King County Labor Council and several local unions, a shift from 2015 when Sawant all but swept labor support. 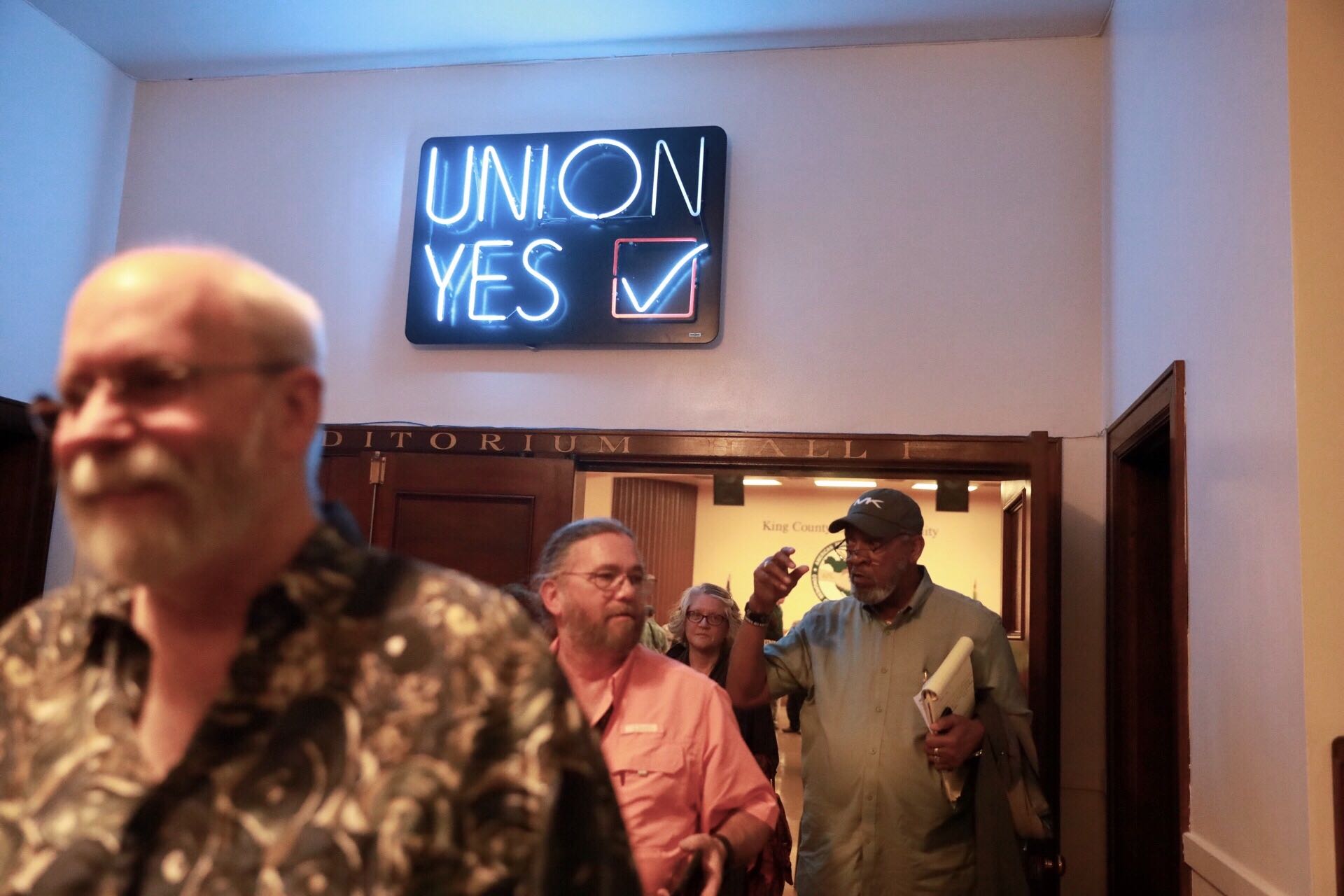 In a sign of the bruising re-election campaign ahead for Seattle City Councilmember Kshama Sawant, the socialist council member lost the endorsement of the Martin Luther King County Labor Council Wednesday night to opponent Zachary DeWolf. That's a notable shift from four years ago, when Sawant received widespread support from unions, including the endorsement by the labor council.

Sawant, who is running for re-election for a council seat in District 3, still carries the support of 12 major unions, more than any other candidate in her race, including SEIU Healthcare 1199 NW, SEIU Local 6 and UNITE Here Local 8.

But the broad union backing she once enjoyed has fallen away some. In addition to the reversal of the labor council — the central labor coalition in King County — three chapters of the Teamsters, SEIU 775 and Ironworkers 86 all independently endorsed DeWolf, a member of the Seattle School Board. That's also a change from 2015, when all three groups endorsed Sawant.

"It was hers to lose," said Nicole Grant, executive treasurer-secretary of the labor council, following the Wednesday night meeting. "She had it all. She had perfect labor support in 2015. That her endorsement failed and that another candidate with great credentials was endorsed by the labor movement tonight shows that she hasn’t cared for this movement like it needed to be cared for."

In a Thursday morning statement, Sawant pushed back on DeWolf's endorsement. "It's unfortunate that, intentionally or not, a section of labor leaders have made a decision that will effectively further embolden Amazon and the Chamber of Commerce, rather than stand with the interests of working people," she said.

It’s hard to quantify what the endorsements may mean for the race. But even in the era of social media and direct appeals to voters, candidates still court and value support from the traditional institutions that have long held sway in the city’s elections — labor, business, advocacy and neighborhood groups. And with the district-based races forcing candidates to compete for a relatively small electorate, any shift in allegiance has the potential to make a difference.

Two of Sawant's council colleagues, Teresa Mosqueda and Lorena González — both of whom have strong labor backing — have also endorsed DeWolf.

More than just supporting DeWolf, Mosqueda has quietly campaigned against Sawant, whom she once supported.

In a letter sent last week to the labor council’s executive team, urging them to support DeWolf, Mosqueda wrote, “I did not come to the decision to support someone other than Councilmember Sawant easily. Like many of you[,] prior to being on council, I have stood on picket lines and been at rallies that Sawant has supported. I supported her with my own financial contributions and held a fundraiser for her with my family and friends last election.”

But Sawant has made progress difficult by rejecting collaboration, Mosqueda said. An at-large council member, who is not up for re-election this year, Mosqueda noted that she and Sawant “are both union members and agree on at least 90% of policy, yet she continues to speak publicly in opposition to the policies I am working on, then ends up voting yes.”

“Sawant’s responded that she will not work with me to strategize because I work with the other ‘corporate’ council members and she considers me and my colleagues ‘establishment’ — which is an insult to all we’ve done to get more union members and nonestablishment candidates like me in office,” Mosqueda added.

Sawant still retains support from some major entities in the loyal base that swept her into office in a surprise 2013 upset of then-Councilmember Richard Conlin. 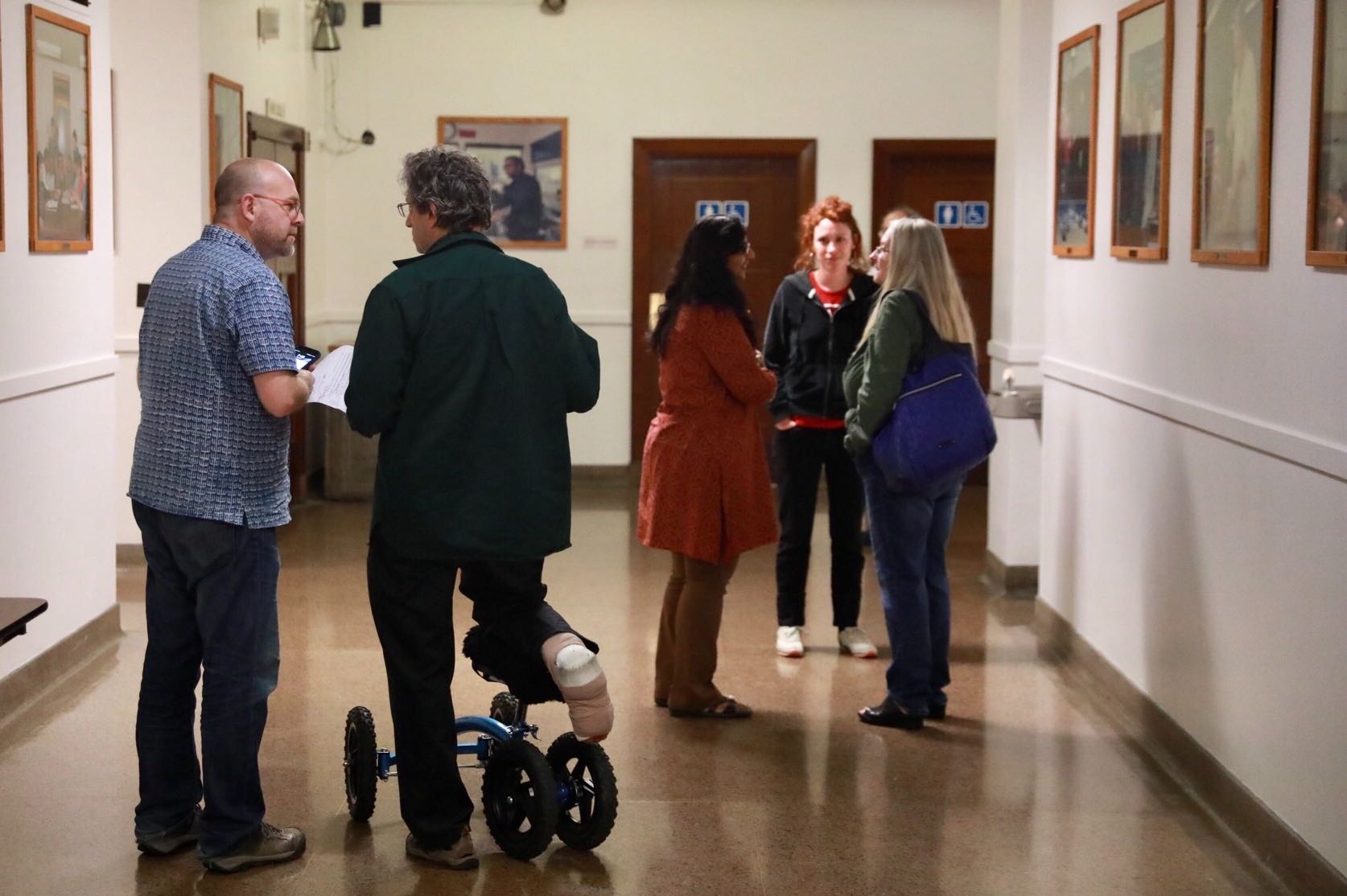 Kshama Sawant and her campaign staff speak with union members outside the auditorium hall at the Labor Temple. (Photo by Matt McKnight/Crosscut)

Kshama Sawant and her campaign staff speak with union members outside the auditorium hall at the Labor Temple. (Photo by Matt McKnight/Crosscut)

The authors added,"We have experienced, time and time again, that Councilmember Sawant has been able to win unanimous votes for the workers’ and renters’ rights she has campaigned on, after building coalitions and helping empower workers’ struggles.”

However, Dustin Lambro, political director of Teamsters 117 and likely the labor council’s next president, said, “Kshama is her own worst enemy because so many of us in labor knocked on doors for her. I did. I maxed out [donations] to her campaign last time. But she has hurt her reputation within labor and that is sad.”

Lambro specifically pointed to the council member’s interference in contract negotiations with UPS drivers. Sawant offered support if the drivers had chosen to reject a proposed contract. “Kshama decided that she knew better than the union leadership over what was best for those UPS workers, so she inserted herself and urged workers to vote against the contract,” said Lambro.

Shaun Van Eyk, union representative with PTE Local 17, which represents city workers, did not state a preference either way, but said he has been surprised by some of the recent labor backlash against Sawant. “I had no idea the extent to which she got under some unions’ skin,” he said.

Sawant’s standing with the labor council likely was also damaged by the recent addition of the Seattle Police Officers Guild to the council. Many of the guild's members despise the council member for voting against a recent proposed contract. SPOG President Kevin Stuckey recently lent his support to DeWolf, The Stranger reported.

The easier foils for Sawant are Seattle's corporations and the organizations that lend them support, such as the Seattle Metropolitan Chamber of Commerce. Her last opponent, Pamela Banks, was backed by the chamber, and Sawant defeated her by more than 10 percentage points.

But it’s a harder sell to cast Mosqueda, the labor council and, by extension, DeWolf as puppets of Amazon. The chamber did not endorse Mosqueda during her 2017 campaign. And she was the only council member other than Sawant to oppose the repeal of a tax on large businesses to fund new affordable housing. The chamber released its 2019 endorsements Wednesday, throwing its weight behind Egan Orion in District 3 — not DeWolf.

The chamber is backing only one incumbent in this year’s races for seven open city council seats: Councilmember Debora Juarez. In addition to Orion, the organization announced Wednesday that it is endorsing Philip Tavel in District 1; Mark Solomon in District 2; Alex Pedersen in District 5; Jay Fathi and Heidi Wills in District 6; and Michael George and Jim Pugel in District 7. 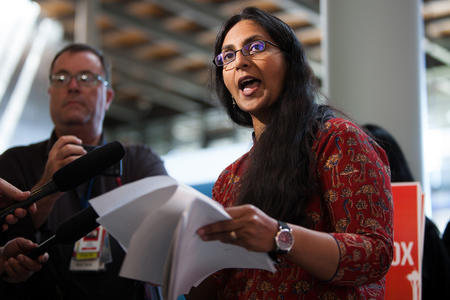 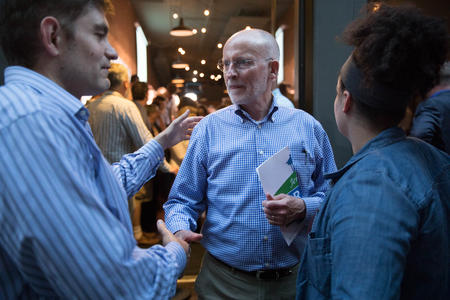 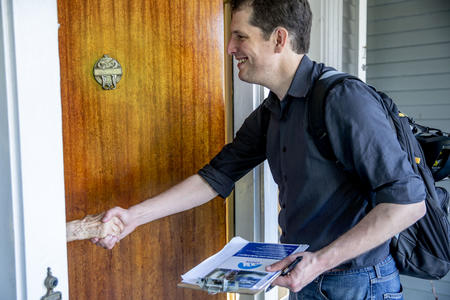 Daytime flexibility could be an advantage in Seattle's crowded race. So who's got the freedom?

Daytime flexibility could be an advantage in Seattle's crowded race. So who's got the freedom?