Property crime is the least of the worries for bar and restaurant owners hoping to return post-pandemic. 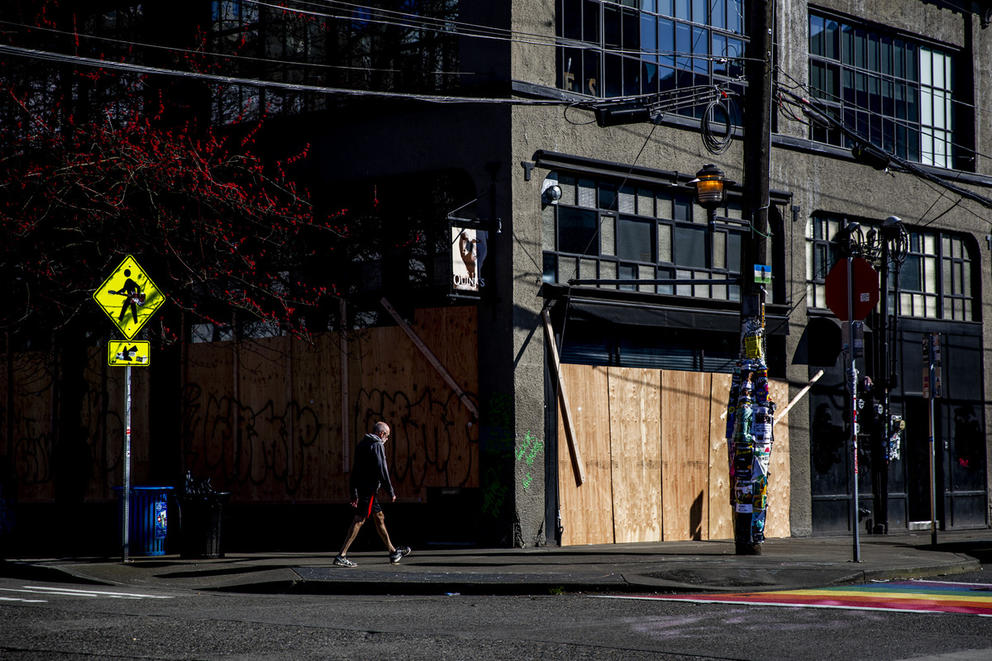 Several businesses in the Pike/Pine area of Capitol Hill have boarded up their windows and doors in response to COVID-19 precautions. (Dorothy Edwards/Crosscut)

When plywood gets hammered up over windows, it sets off a social alarm: Something is coming, and it’s not going to be good. It might be a hurricane, or a protest march, maybe even a horde of zombies. The dreaded danger might never actually materialize, but even the sight of the plywood incites anxiety about the state of the community and what’s about to hit it.

That feeling bubbled up around St. Patrick’s Day in Seattle, when typically bustling restaurants and bars in Capitol Hill’s Pike/Pine corridor — Quinn’s, Lost Lake, Comet Tavern — took the extra step of boarding up their windows after closing normal operations because of coronavirus precautions. Long stretches of plywood replaced the people who used to line up to wait for their late-night “Seattle dog.”

Neighboring businesses soon followed suit, and the same thing happened along Ballard Avenue, another of the city’s nightlife havens. Suddenly, streets that had just recently teemed with freshly turned 21-year-olds and their loud entourages, low-key groups of longtime friends and couples on Tinder dates looked not just empty, but apocalyptic.

Read more: Forced shutdowns have left the local arts and culture scene financially unstable. Is relief funding enough to bring it back?

In this case, the looming fear is about burglaries and vandalism. Staff is no longer regularly on the site. And as everyone hunkers down at home, the loss of foot traffic in these areas means a secondary method of keeping an eye on things has disappeared. In an attempt to make the storefronts look less ominous, many businesses have invited artists to use the plywood as a blank canvas. But the appearance of battening down the hatches against a dreadful storm persists.

The Seattle Police Department produced a flyer titled “Securing Your Business” specifically for “this difficult time.” It lists 11 ways to keep your business safe, including “remove all expensive items from window displays,” “keep your cash register open and obviously empty,” “install cameras,” “consider having mail stopped.” 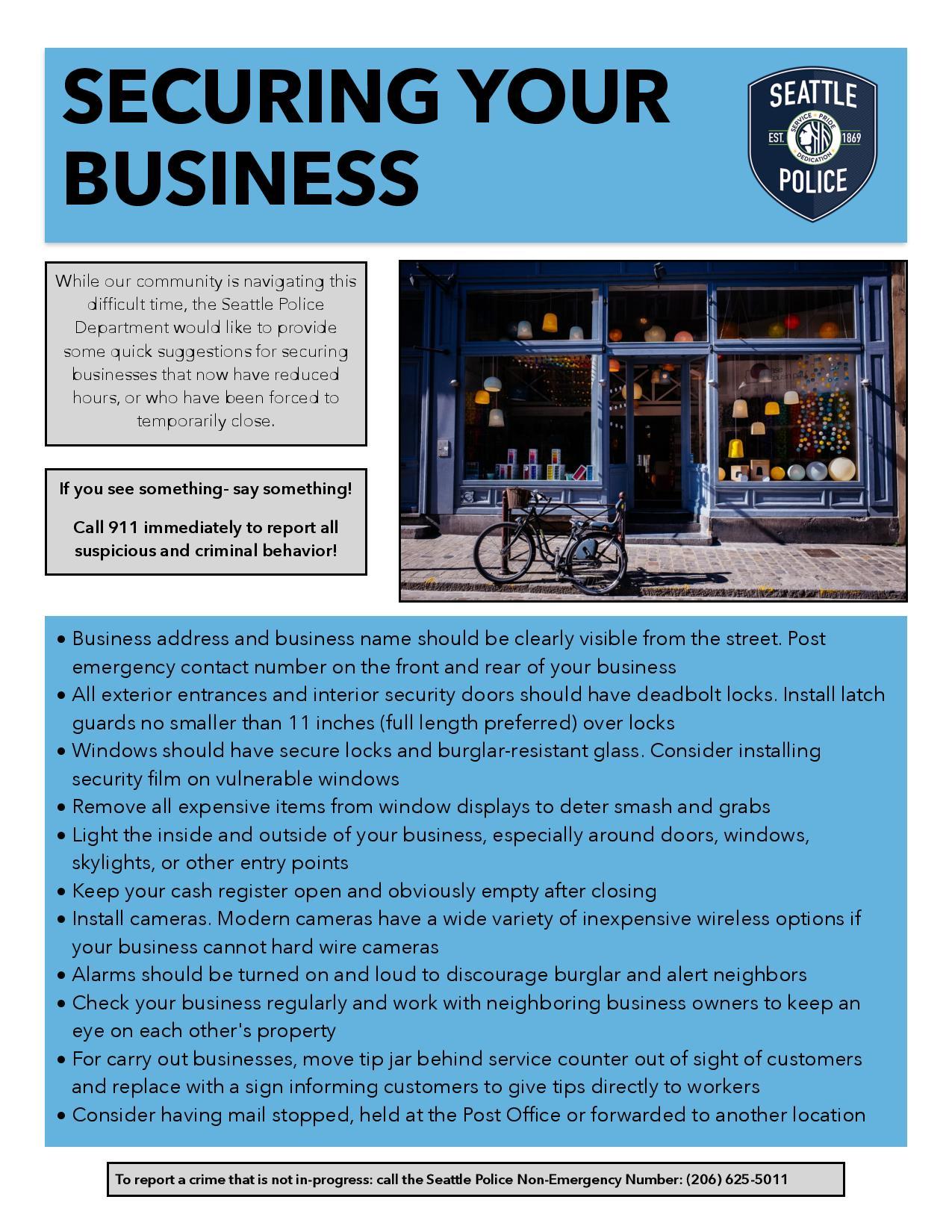 So are the fears founded?

Data reviewed by SPD shows that crime, while still a threat, is not increasing across Seattle as some might have expected. In fact SPD has seen a “marked decrease” in citywide property crime since the first death from coronavirus was reported in King County, on Feb. 29.

During the week of March 29, when Gov. Jay Inslee announced a stay-at-home order, SPD recorded 525 property crimes, representing a small bump up from the previous week's 500. Over the same time span last year, SPD recorded upwards of 600 such crimes.

Learn how Seattle musicians are improvising amid strict restrictions on social gathering.

But SPD also found that the incidence of property crimes and commercial burglaries varies by neighborhood. During this past March, for example, burglaries in Ballard remained consistent, and showed a 4% decrease from March, 2019. Whereas Capitol Hill saw a 23% increase in such crimes (120 in March of last year; 148 in March 2020). The Chinatown-International District has also saw an increase in burglaries (as reported by The Seattle Times), with 15 incidents over the last two weeks, compared to 3 during the same time period last year.

“The [citywide] numbers are still well below where they traditionally are,” says Patrick Michaud, a representative of the Joint Information Center, the city's emergency response unit for coronavirus-related questions. He adds that SPD will continue to monitor for any upward trends.

Curtis Steiner, artist and owner of a jewelry and art shop on Ballard Avenue under his name, experienced an attempted burglary in mid-March. He hadn't boarded up the windows when he closed his store, but he had taken the precaution of moving his most valuable merchandise, including antique and silver jewelry, to a safe. The perpetrators broke through the glass front door and, finding nothing worth stealing, turned to vandalism. Steiner estimates the damage, from shattered cases to broken ornaments, could cost up to $30,000. 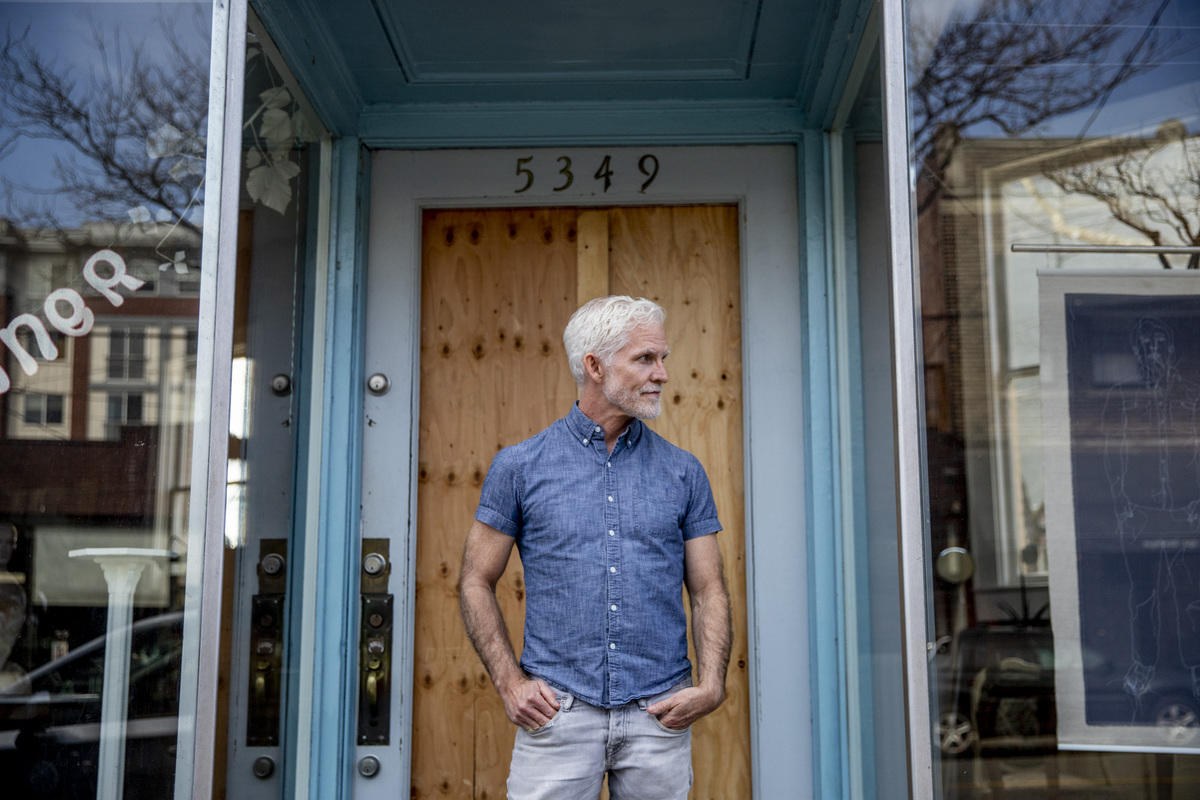 After break-ins at Curtis Steiner and at nearby outdoor sportswear store Kavu, Ballard Alliance (the nonprofit formerly known as the Ballard Chamber of Commerce) hired Fortress Security Services to oversee the retail district.

As of March 30, armed security guards patrol Ballard Avenue in cars and on foot seven days a week.

“The purpose and intent are to ensure businesses are protected, especially at this time when they are closed,” says Mike Stewart, executive director of Ballard Alliance. “We see this as a measure to deter some crime.”

While private security can’t replace police officers, Stewart says it can assist in tracking crimes. “I’m actually looking at a report from last night and they [Fortress Security guards] stopped two burglaries in the process,” he says.

Steiner says the added security brings him peace of mind, since the stay-at-home order has eliminated the foot traffic that helped deter crime.

“When I talk to people who have stores,” Steiner says, “the conversation is about the fear that this could happen.” 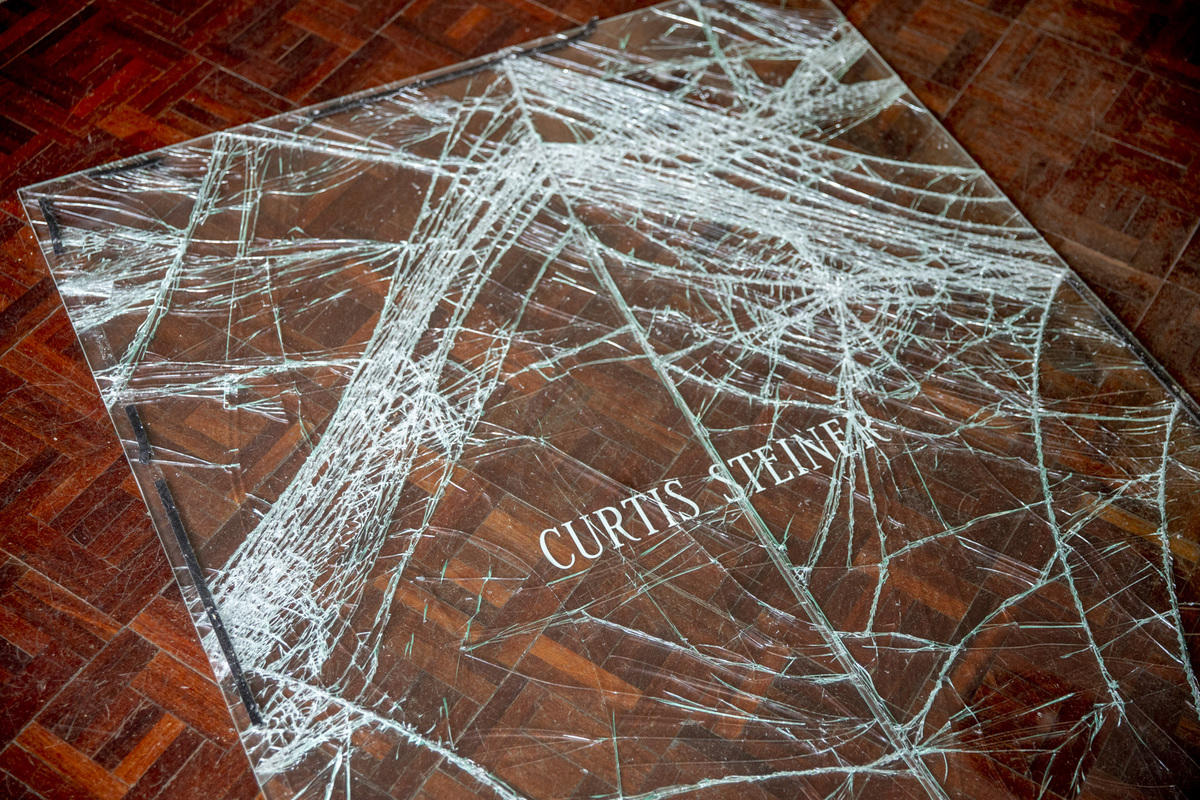 While Ballard has the Ballard Alliance to lean on, the collapse of Capitol Hill’s former chamber of commerce in 2019 has led to a delay in unifying and leading Capitol Hill’s business community. Some organizations have surfaced to fill the void, including the Greater Seattle Business Association and Broadway’s Business Improvement Area (BIA).

Former Seattle City Council candidate Egan Orion is the current director of the Broadway BIA. He says that because many businesses in Capitol Hill are still open for takeout and groceries, the neighborhood has “good eyes and ears on the ground every day,” which is a crime deterrent. “If it becomes necessary to step up patrols or enact other changes, we will,” Orion says.

But the Broadway BIA serves only businesses on Broadway between East Pike Street and East Roy Street, leaving many other spots in the Pike/Pine corridor vulnerable, including the Vermillion art gallery and bar.

Diana Adams, who has owned Vermillion since 2007, says she doesn’t know whether burglaries have increased, but sees private security as an answer until people bring life back to the neighborhood.

On Facebook, she floated the idea of hiring guards for the Pike/Pine business community, and suggested splitting the cost. She says security could run anywhere between $24 to $64 an hour and up to $1,500 a week. But the idea has received some pushback.

“When businesses are closed and people aren't on the streets, robberies happen — that is an unfortunate truth,” says Miki Sodos, who co-owns nearby Café Pettirosso. “I don't know what the answer is, but even for professional security, without backup it is dangerous for them.”

Sodos says the social media discussion among neighboring business owners has created some debate, with people going back and forth on whether hiring armed guards is necessary at all.

Adams, who says she can’t afford to have her windows boarded up, hopes businesses will come together. “I'm in the process of reaching out to as many of those businesses as I can to see if anyone has the time or interest in going ahead with some sort of security plan,” she says. “I wish there was an organization that could take that on.”

Until then, she says the homeless population has helped discourage burglars.

“Homeless people who are staying in doorways or walking around at night are able to discourage looting, it seems to me,” Adams says.

The stay-at-home order (which could be extended further) has already put the city’s nightlife ecosystem at risk. Music venues, which rely on gigs planned months in advance, have created a new coalition to survive. Independent musicians are turning to live-streamed concerts and Zoom music instruction to replace lost income. Restaurants and bars are hoping takeout orders can carry them across the finish line, wherever it is.

The fear felt across the community isn’t just about the possibility of property crime, it's also about a city getting robbed of its culture. When will people feel safe to come together at their usual watering holes, or to nod their heads in unison as a band plays on stage? And when that time comes, will it be too late?

These are the questions facing business owners like Linda Derschang, who helped establish Capitol Hill’s nightlife scene when she opened Linda’s Tavern in 1994 (and many bars and restaurants since).

Last month she boarded up Linda’s Tavern, as well as her other current establishments, Odd Fellows Cafe + Bar and King’s Hardware (in Ballard). She also recently furloughed 100 employees.

“We decided to board up our business more out of a concern of vandalism,” she says. “We had no idea how long this could last, how stretched the police might be, how angry people might get, or maybe there would be no issues. We had no idea. But we decided to be safe rather than sorry.”

But the overarching worry is one of survival: that of her businesses after life goes back to normal. Derschang says she has applied for coronavirus relief funding, but she has no way of knowing what the Seattle nightlife scene will look like when the stay-at-home order is finally lifted.

“By the time the businesses open I’m not sure how much of a budget people will have,” she says. “I would love it if people did go out and support all these businesses, because everyone is going to be hurting.” 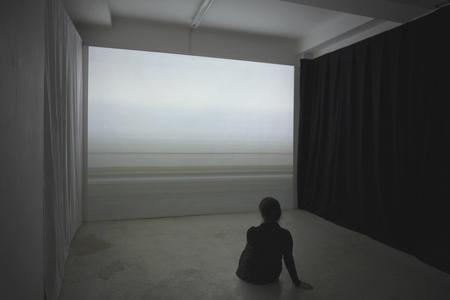 by / March 16
Article continues below

by / July 15
Inside Crosscut

What we learned about why some artists don’t want their work to be “saved.”

Between high decibel levels and police inaction, tensions are building between the Church at Planned Parenthood and the facility.