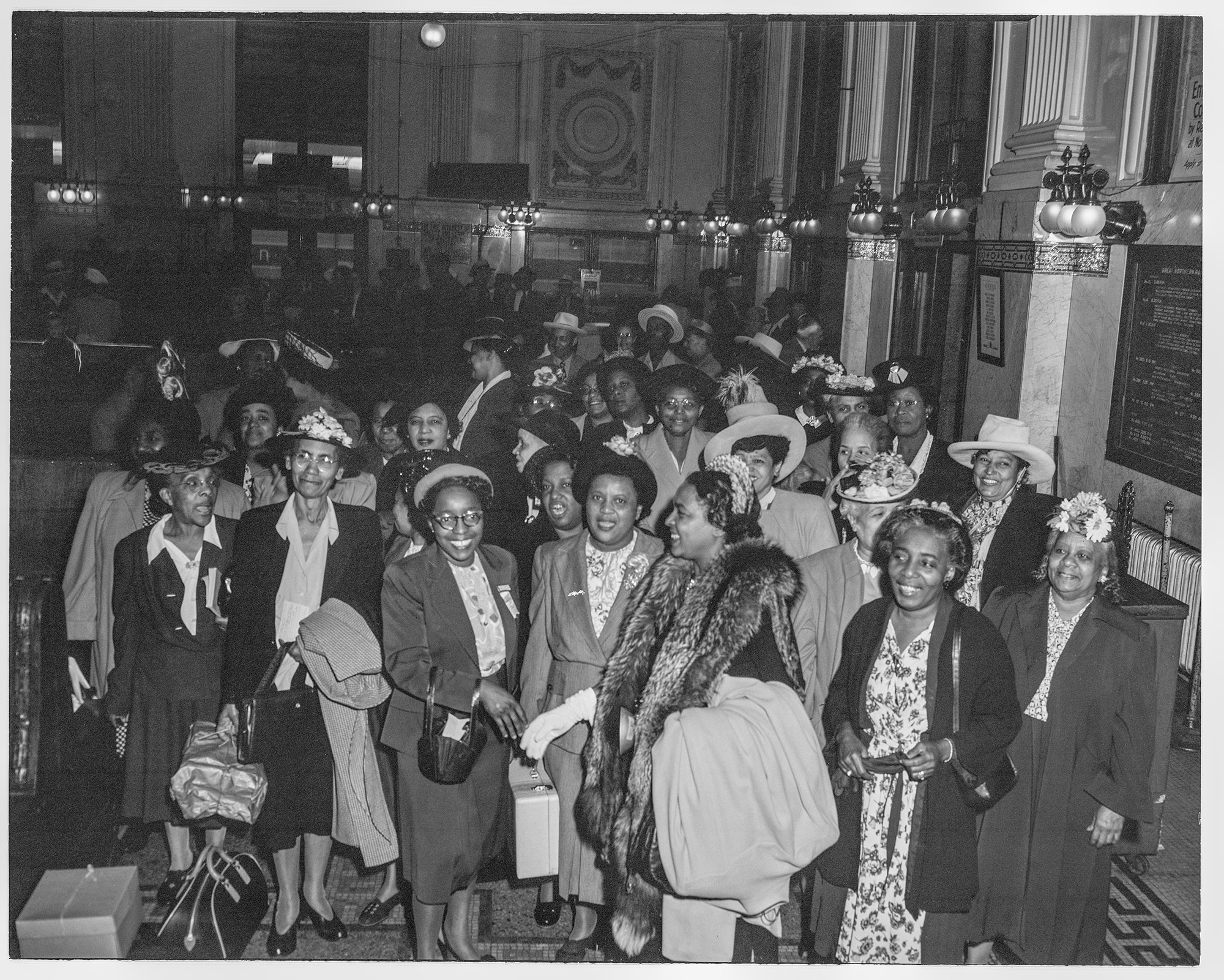 During the summer of 1948, Black women from 4,780 clubs across 43 states arrived at King Street Station in Seattle as delegates for the 24th Biennial Convention of the National Association of Colored Women Clubs. (Albert J. Smith Sr./MOHAI)

Quick: Name the Black women who have changed the course of Seattle history. Quin’Nita Cobbins-Modica can list three right off the bat:

Flo Ware, an advocate for foster kids who organized the local Meals on Wheels program and hosted a radio talk show. Freddie Mae Hurd Gautier, political counselor to Jesse Jackson, community voting organizer and the reason why Seattle has a Martin Luther King Jr. memorial. E. June Smith, an NAACP chapter president and activist who relentlessly fought for the desegregation of Seattle schools.

And that’s just scratching the surface. Cobbins-Modica is an academic and public historian specializing in African American women’s history in the Pacific Northwest. She is also the new incoming director of BlackPast.org.

Launched in 2004 as a resource for University of Washington students, the nonprofit website has become a go-to for information about Black history. The aim of the organization is to connect the dots between Black people, American history, global history and Seattle history. Some 800 volunteer contributors have written more than 3,000 articles that explore people, places and events.

Now BlackPast.org is having a historical moment of its own, bringing in new leadership for the first time in 13 years. Starting July 1, Cobbins-Modica will replace founder and former UW history professor Quintard Taylor as executive director. 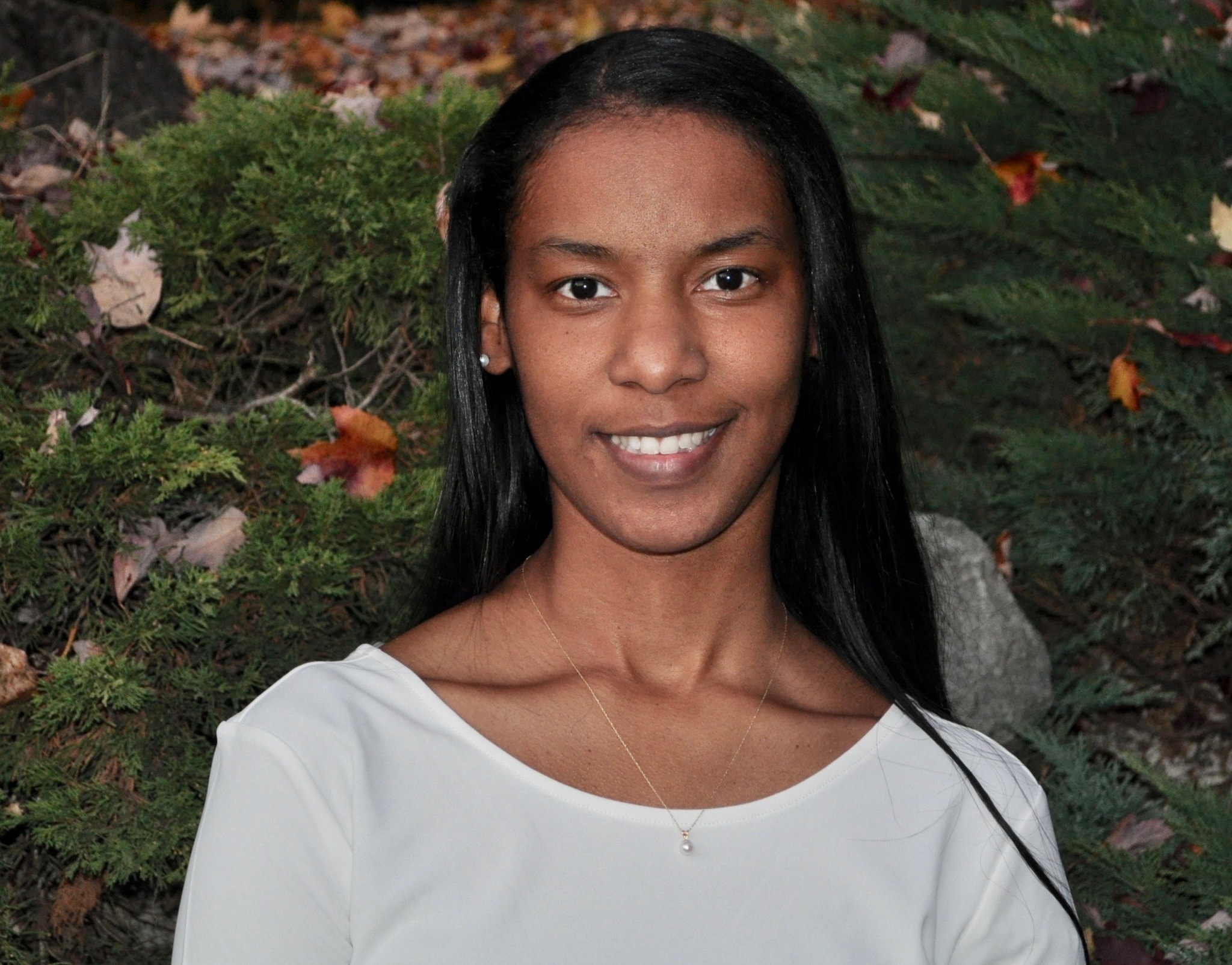 Quin'Nita Cobbins-Modica, whose academic research focuses on Black women in the Pacific Northwest, is the incoming executive director of BlackPast.org and has contributed to the site since 2013. (MOHAI)

Quin'Nita Cobbins-Modica, whose academic research focuses on Black women in the Pacific Northwest, is the incoming executive director of BlackPast.org and has contributed to the site since 2013. (MOHAI)

“She was one of Quintard’s grad students,” says Jerry Large, BlackPast.org’s incoming board president and former Seattle Times columnist. “She knows a great deal about the Northwest in particular, but Black history in general…. She’s a great choice for this.”

Cobbins-Modica is taking the reins at a pivotal moment — when Black history is unfolding before our eyes. With the nationwide protests against police brutality and systemic racism, she notes that people have been looking to BlackPast.org for the historical context of racial violence and resistance.

“There has been a spike in the number of visitors due to these events,” she says. “It indicates that people are looking to us to gain more information and try to get a better understanding.”

“Black women have been central to Black life, to the American economy and to the struggle for justice and equality for women and people of color in the United States, but they’re often overlooked in the writing of history,” says Large. “Quin’Nita’s academic focus on Black women will enrich and expand the content of BlackPast.org.”

Beyond articles, the online encyclopedia offers the text of full speeches (such as those by Barack Obama, Huey P. Newton and Shirley Chisholm); timelines; archives full of primary documents (such as a letter to Harriet Tubman from Frederick Douglass), genealogy and a recently added page for minidocumentaries that paint a fuller picture of African American contributions to humanity’s story.

“Lots of different threads ... give you a little context, put things in perspective,” Large notes. “You get a sense of how long people have been fighting for equality in this country.”

Cobbins-Modica will now be in charge of weaving those threads together at BlackPast.org. Crosscut caught up with the new executive director to talk about Black women in Seattle’s history, BlackPast.org’s future and the role of historians in the era of disinformation. 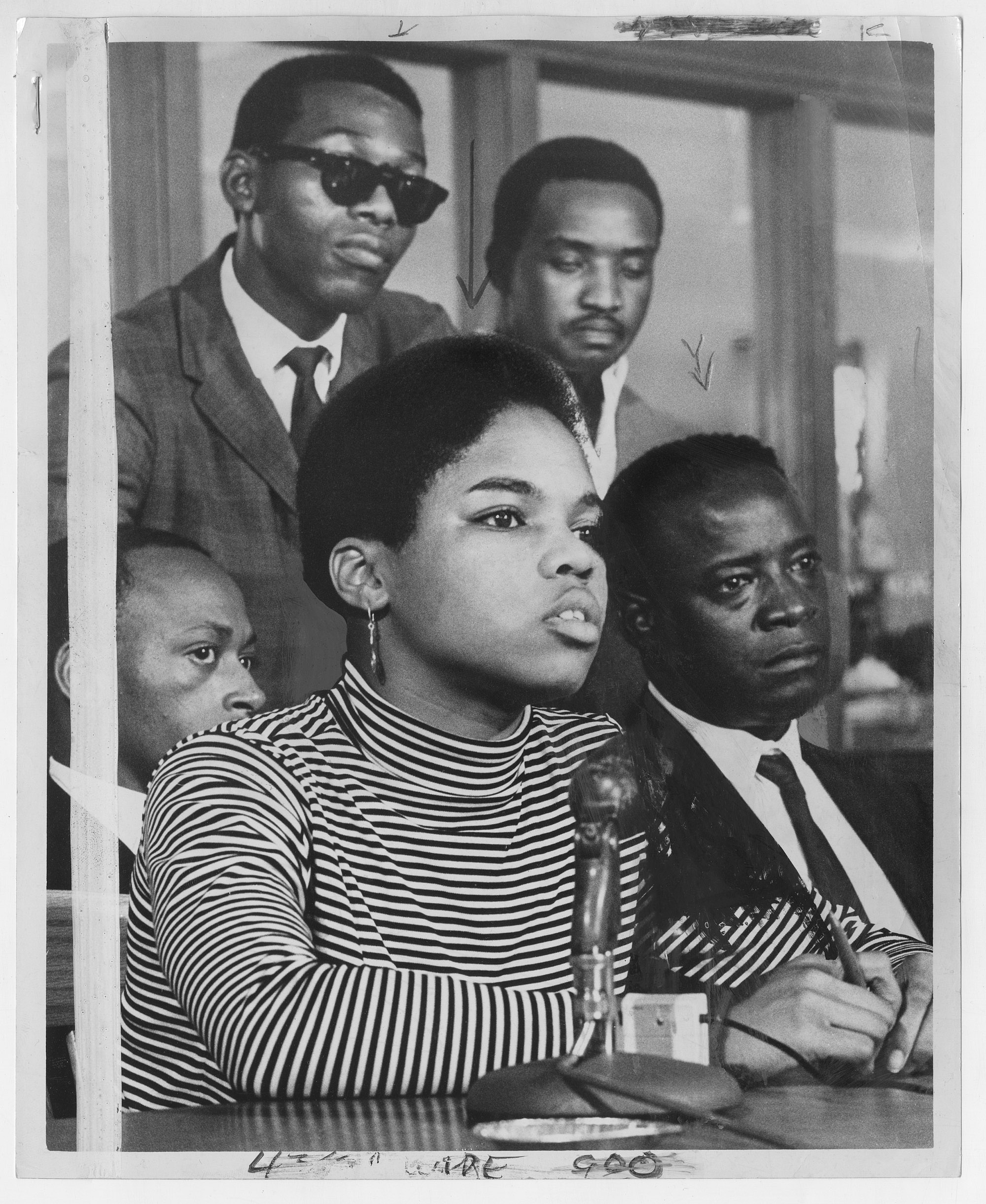 Infanta Spence, Central District activist and spokesperson for the “WE" youth committee pushing for racial equality, presents proposals for change to then governor Dan Evans in 1967. Behind Spence are, from left, Jim Franklin, Bob Redwine, and Robert Isabel, and seated at right, Les McIntosh. (Cary W. Tolman/Seattle Post-Intelligencer/MOHAI)

Infanta Spence, Central District activist and spokesperson for the “WE" youth committee pushing for racial equality, presents proposals for change to then governor Dan Evans in 1967. Behind Spence are, from left, Jim Franklin, Bob Redwine, and Robert Isabel, and seated at right, Les McIntosh. (Cary W. Tolman/Seattle Post-Intelligencer/MOHAI)

How did you initially get involved with BlackPast.org?

I was using the website for my own research and general interest as an undergraduate, just looking for more information on Black women in the West and I came across the website. When I was admitted to the University of Washington as a graduate student, I began working on the website in 2013 as the webmaster.

Why did you decide to focus your research on Black women in the Pacific Northwest?

Once I arrived here from Mississippi I noticed how many Black folks were from the South. I'm from the South, so I wanted to explore that. I've always had an interest in African American women's history, so I wanted to do something around the Southern migration of Black women to the Pacific Northwest, understand how they got here, what they did once they became residents. How did they go about building and creating a life for themselves? Did they retain some of their Southern cultural heritage or did they become assimilated into a Western culture? I had different questions and that morphed into a larger historical project around Black women's activism and politics and leadership in Seattle, because it's an area that is understudied.

What kind of challenges did Black women face in early Seattle?

Black women in Seattle faced many similar challenges that other Black women face across the nation. They were excluded from most jobs. They were locked into a system where domestic work or private home service was the only option. Another challenge is that they were isolated from a large concentration of Black people. As a consequence, they formed much smaller organizations to fight against racial and gender discrimination. That would change after World War II, when there was a boom in the Black population due to the rise of the defense industries and opportunities to work in those industries. The new arrivals strengthened their numbers to more forcefully fight against discrimination in education, housing and employment.

What other ways was Seattle different for Black women?

In the earlier part of the 20th century, what makes Washington Black women stand apart is that they could exercise the right to vote as early as 1910, unlike Black women in the South [who couldn’t vote] until 1965. Many of them could own land in this earlier period. They didn't necessarily have to live under the threat of racial violence or public displays of lynching, to a certain extent. They tended to be more educated than those living in the South and could attend integrated schools, with the exception of a few, and live in a relatively integrated neighborhood. 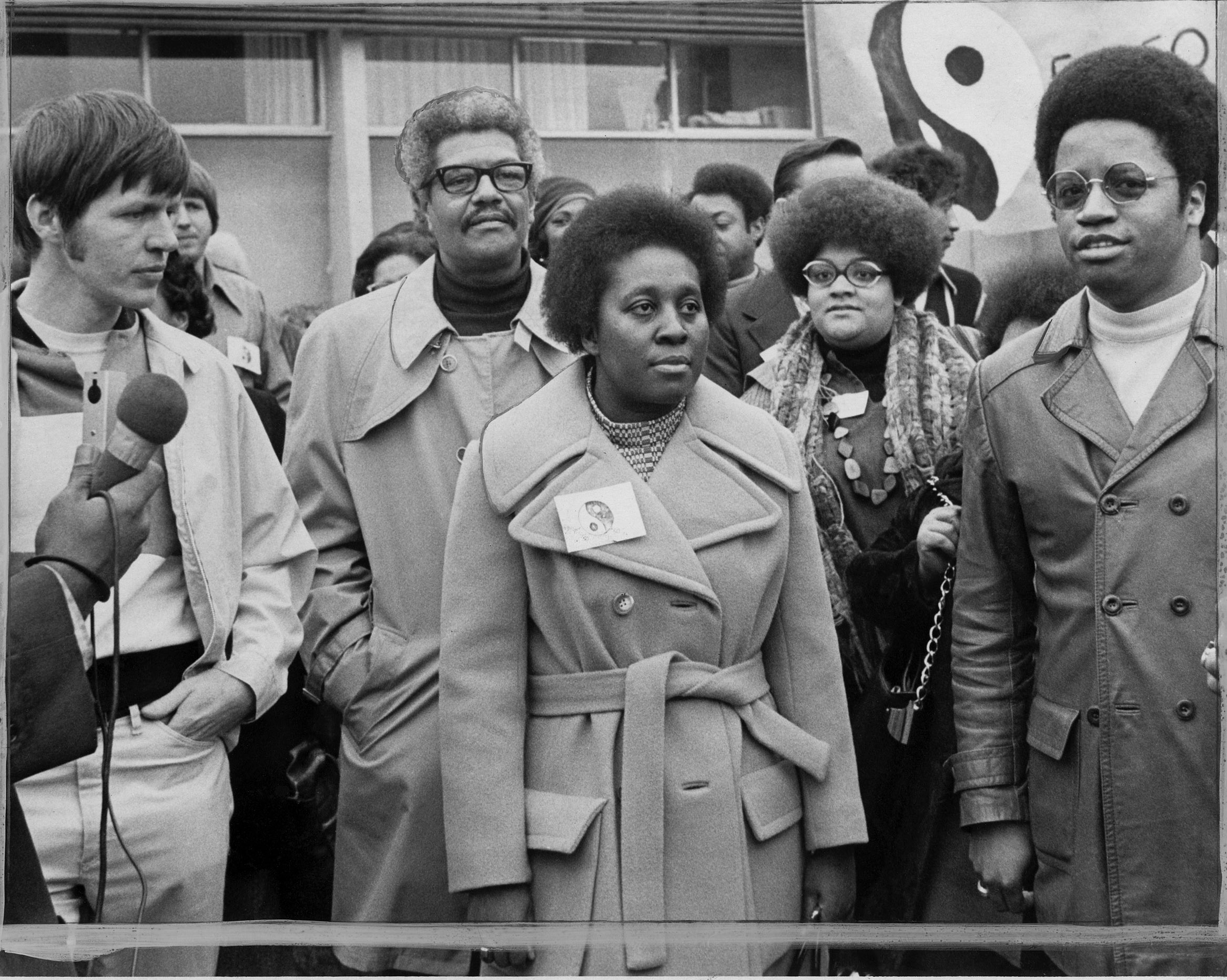 What is your academic research specifically focused on?

The period that I'm mostly focused on is the late 19th century to the end of the 20th century. A lot of different Black women were part of different political and social movements in this region, even though they constituted such a small part of the population.

Who are some of the women that made an impact on Seattle and Washington?

There's a whole host of women who've made an imprint we can see. A lot of people are unaware of their labor to build a thriving and sustainable community, to try and make Seattle and the Pacific Northwest a just and egalitarian place to live.

E. June Smith (1900-1982) fought to desegregate Seattle public schools [and] campaigned for fair housing, so African Americans could live in the neighborhoods that they desired.

R.Y. “Roz” Woodhouse (b. 1940) was the first Black woman to head Washington state’s department of Department of Licensing [in 1977] and first president of Seattle’s Women’s Commission during the 1970s.

Peggy Joan Maxxie (b. 1936) was the first Black woman elected to the state House of Representatives [serving 1970-1982]. She introduced legislation known as the Landlord-Tenant Act to provide protections and rights for tenants [in 1973]. That's something that we kind of take for granted today, but that legislation is still in effect.

DeCharlene Williams (1943-2018) was a civil rights and community activist, as well as an entrepreneur. [In 1983] she founded the Central Area Chamber of Commerce, which is located next to her beauty shop in the Central District. She also sponsored Juneteenth celebrations each year.

Some of the women you write about are still living. Have you had the chance to meet any of them?

Yes, those primarily active from the 1970s to 2000s. I've met DeCharlene Williams. She passed away a couple of years ago. I had a chance to meet and talk with Rosalind Woodhouse. I also met [former Washington state Rep.] Dawn Mason.

What’s it like to meet these history-making women in the present?

They’re all amazing. We have conversations outside of research. They talked to me one on one about just being a Black woman. There's things that you learn about them that you didn't know, and you connect with them on a different level. I look up to them because of the encouragement that they provide, because they're an inspiration. A lot of times what we experience or go through, you can always look back at the stories of the people who came before you and find strength to forge ahead.

How do you view your role as a historian in the current time and climate?

We have a responsibility to the public to educate and inform — especially now that we're living in this age filled with misinformation. It's also a time where we find people, including political leaders, who promote alternative facts as truth. So in addition to those people and leaders who distort or reinvent historical interpretation for political and personal gains, I see my role as critically important: to provide historical truth and challenge these misrepresentations of the past. 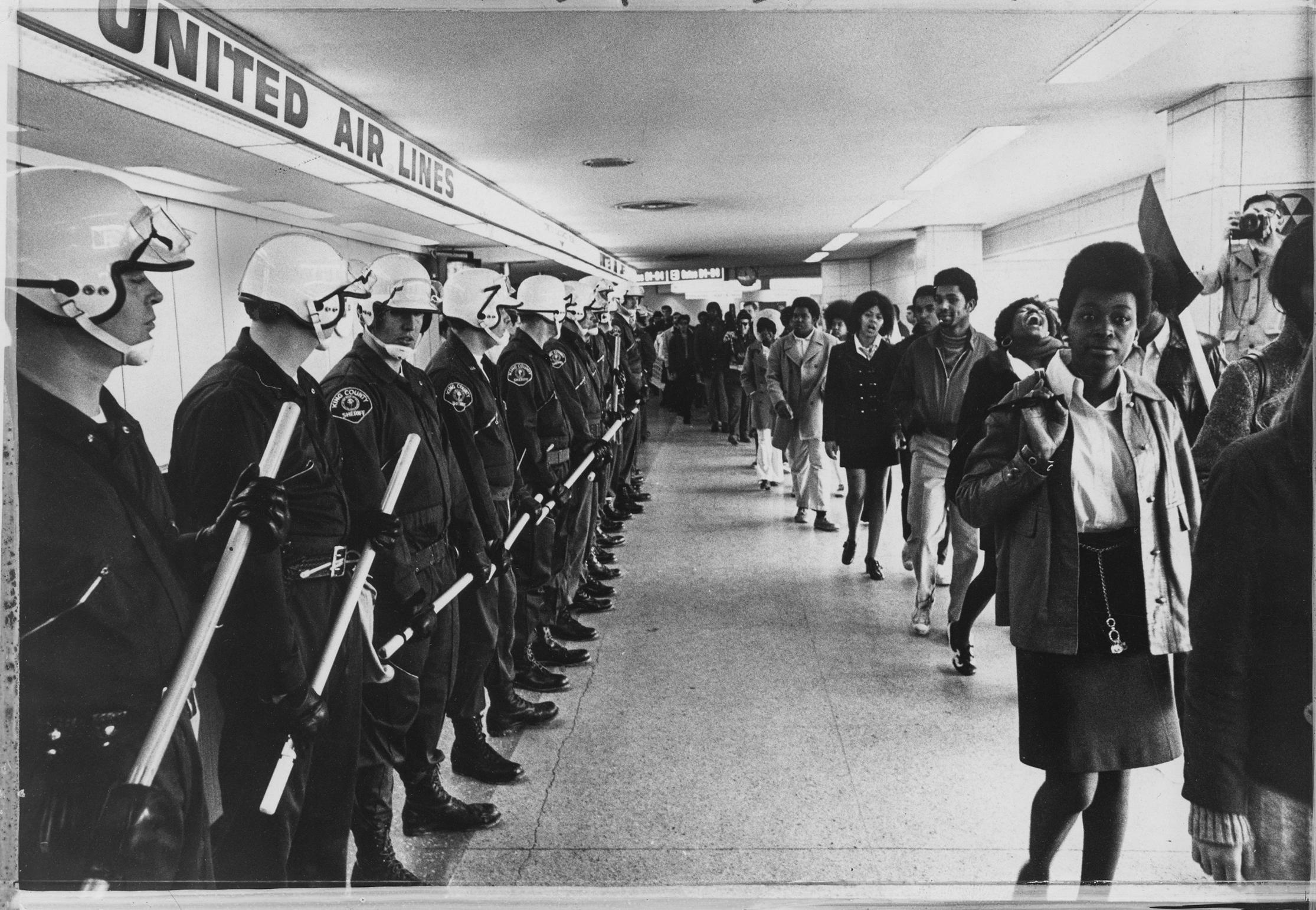 Black women fighting for civil rights were also critical to union and labor movements. In this photo (from 1969 or 1970), women and men from the Central Contractors Association (CCA) fight for equal opportunity building contracts by protesting in front of riot-gear equipped King County Sheriffs at the Seattle-Tacoma International Airport. (Tom Brownell/Seattle Post-Intelligencer/MOHAI)

Black women fighting for civil rights were also critical to union and labor movements. In this photo (from 1969 or 1970), women and men from the Central Contractors Association (CCA) fight for equal opportunity building contracts by protesting in front of riot-gear equipped King County Sheriffs at the Seattle-Tacoma International Airport. (Tom Brownell/Seattle Post-Intelligencer/MOHAI) 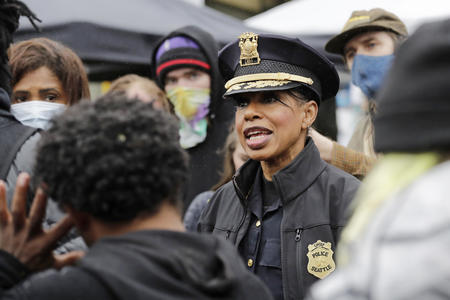 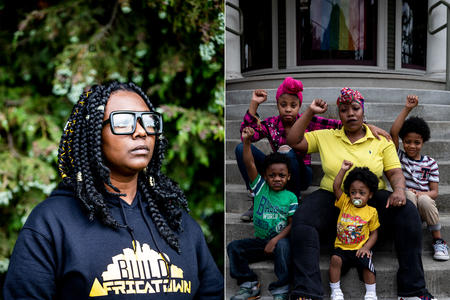 by / June 11
Article continues below