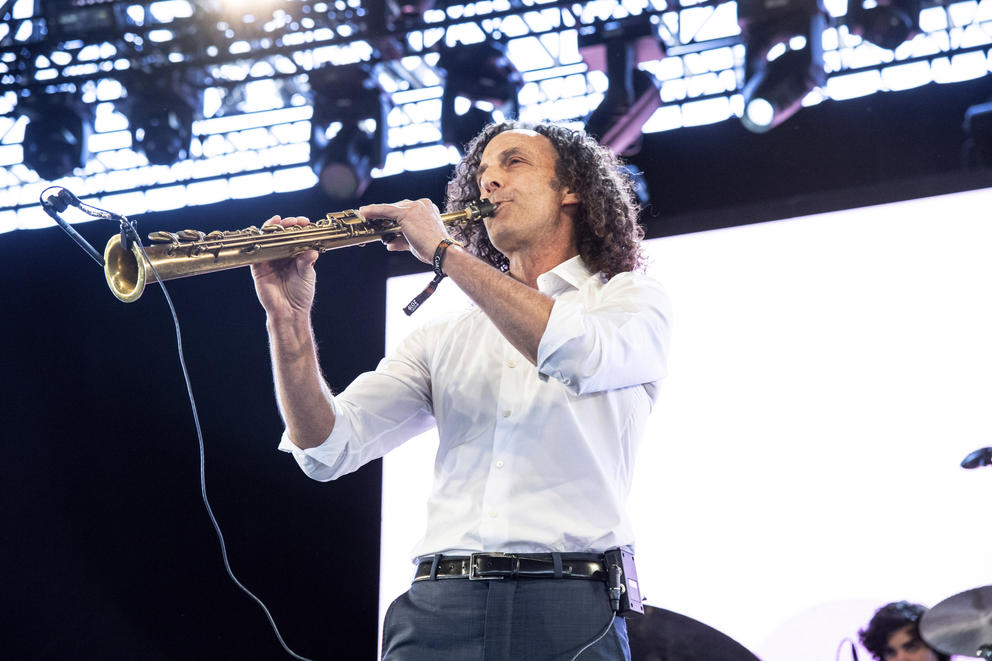 In the opening minutes of the new documentary Listening to Kenny G (streaming on HBO Max), the Seattle-born smooth-jazz saxophonist shares an insight while prepping for a concert. “People don’t know me very well,” he says, his trademark curls bouncing. “I don’t think I’m a personality for people, I think I’m a sound.”

That’s true whether you love his music or loathe it. But what the film reveals is that the sound says a lot about the man: earnest, upbeat, obsessed with technical mastery and forever polarizing.

Kenny G (born Kenneth Bruce Gorelick in 1956) grew up in a ranch house in Seward Park. He went to Franklin High School, where he played with the award-winning Franklin JazzLab, a groovy ensemble that had its own composer in residence: James Gardiner. Among the talking heads in the doc — jazz scholars and critics who alternately tear down and seriously consider Kenny G — Gardiner stands out as someone who knows the musician personally and recognized his talent from the start, even getting him a transformative early gig with Barry White.

“Kenny was quiet, shy and very, very smart,” Gardiner says. “The only girlfriend he had was that new soprano sax.” He stoked Kenny G’s interest by giving him a copy of Inner City Blues, a record by soul-jazz saxophonist Grover Washington Jr. Kenny G listened to it every night. “I tried to become the white Grover Washington Jr.,” he says, “but every time I played my saxophone it just sounded like me.”

That signature, smooth sound is what drew him legions of fans — and detractors. In the film, directed by Penny Lane, critics complain that the music isn’t “real” jazz, and doesn’t acknowledge its musical predecessors. (Kenny G seems unbothered by decades of such charges by what he calls the “jazz police.”) When Lane raises the question of appropriation, Kenny G is surprised. “I’ve honestly never put a lot of thought into the color of my skin and my career and my success,” he says, then pauses and decides he likely did benefit from his whiteness. 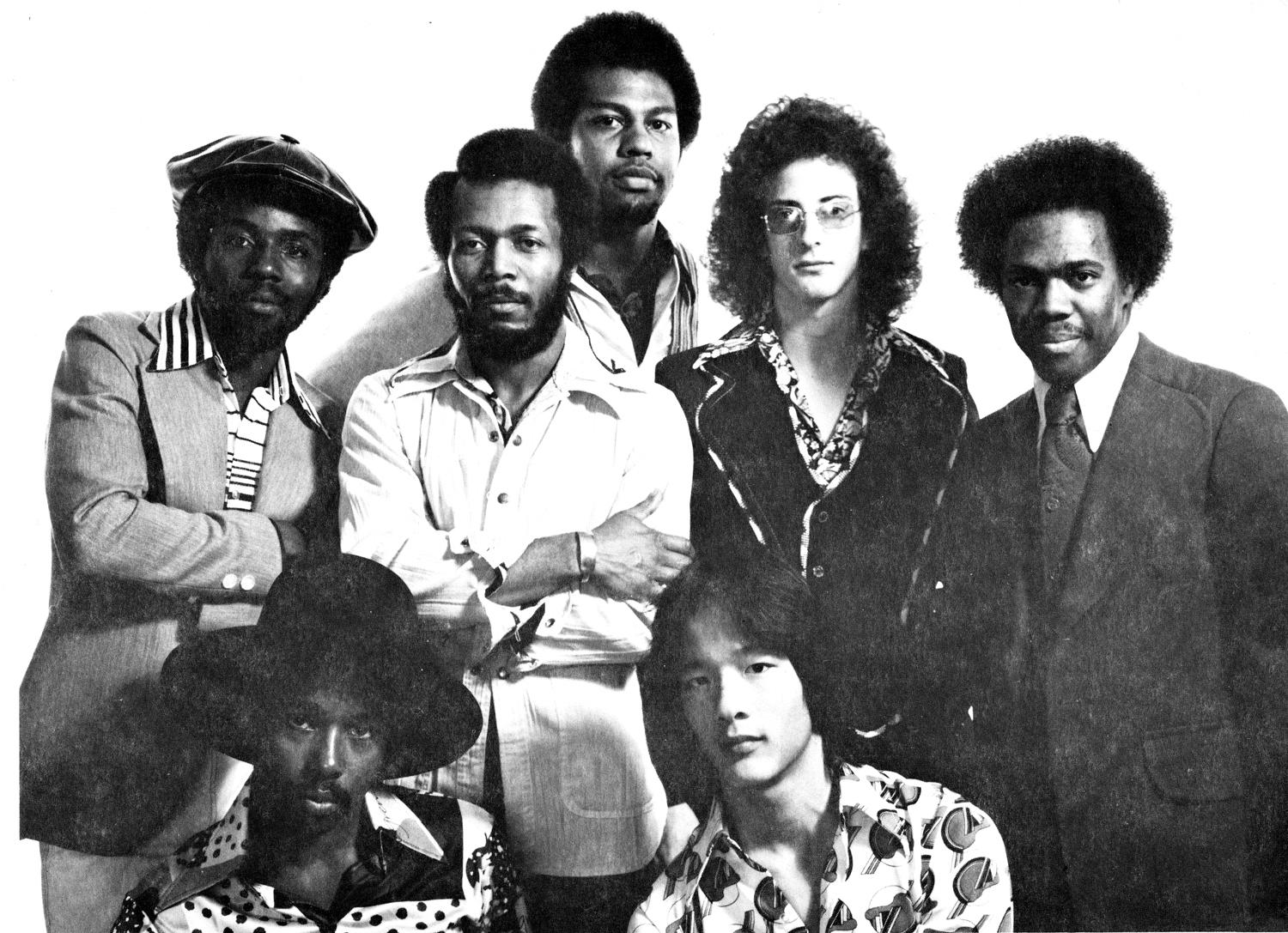 His lack of awareness in this moment puzzled me — given that in a 2019 interview with Crosscut he talked about the racist local club policies faced by Cold, Bold & Together, an established Seattle funk band he played with in the 1970s as the only white member.

Kenny G also seems startled by what seems like a softball question: “What do you love about music?” He answers, “I don’t know if I love music that much,” sounding more like the University of Washington accounting major he was than a musician who has sold more than 75 million records. He says hearing music makes him think about the musicians — and how much they had to practice. (“Go for what you love and practice, practice, practice” is the advice he pens on a Franklin High School wall during a filmed revisit.)

Maybe that’s the secret to his undeniable staying power. But the fact is, Kenny G is finding new relevance. On social media, he’s a good sport about those who make fun of him, even capitalizing on jokes and memes. He’s played on records with Kanye West and The Weeknd. What may sound irreparably cheesy to those of us who lived through his 1980s omnipresence is appealing to some younger artists and aficionados.

Fans interviewed in the doc call his music sexy, romantic and soothing, and Kenny G says, “These are songs from my heart.” But for me, the most genuinely emotional moment in this fascinating film is when Gardiner visits his former student after many years. Their joy in reunion is palpable. The two chat amiably while walking down a path toward Kenny G’s Malibu studio, where he shows off his latest recordings, still seeking approval from his old teacher. 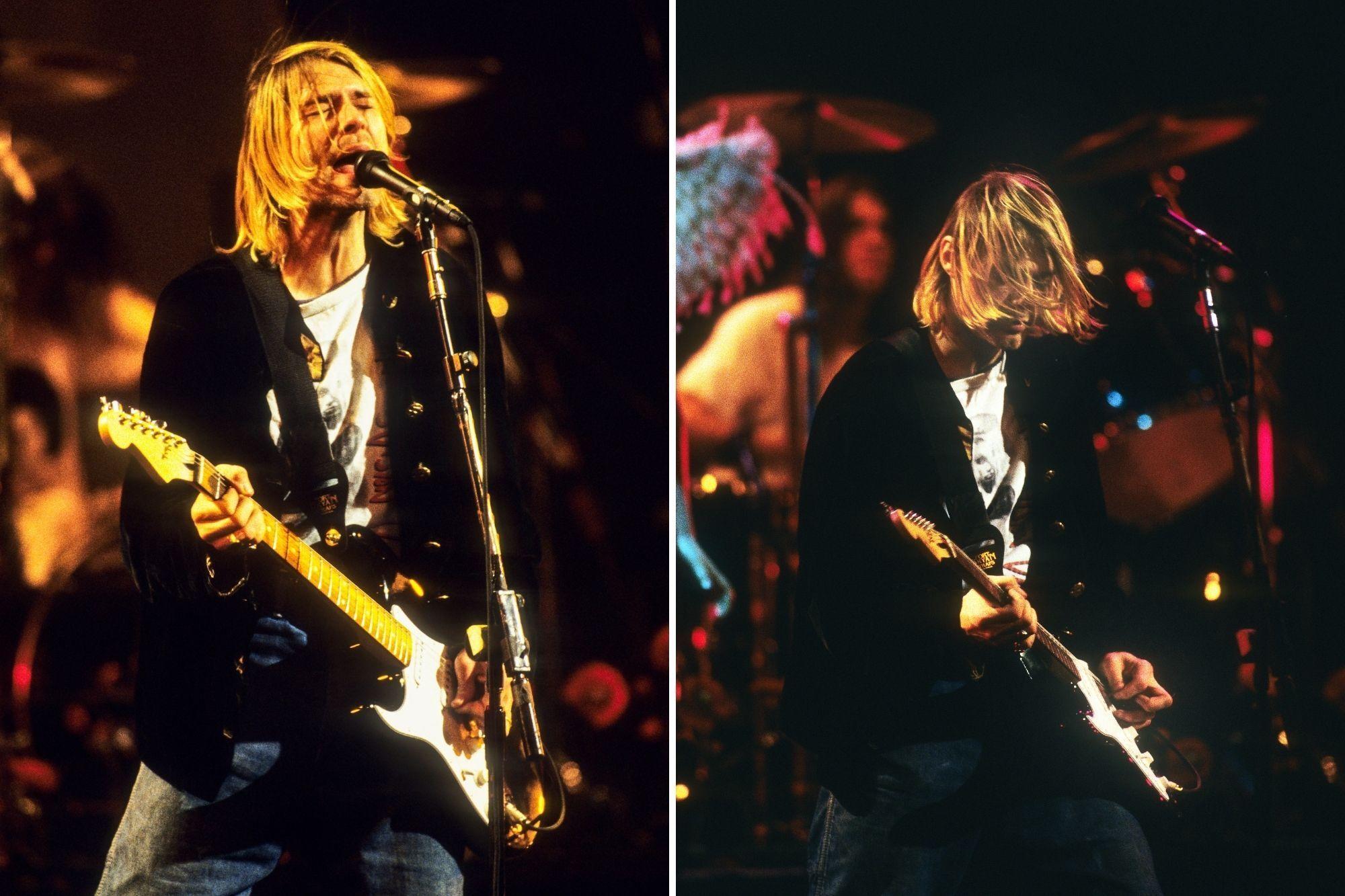 Seattle concert photographer Steve Schneider captured Kurt Cobain and Nirvana at Pier 48 on Dec. 13, 1993, one of many rock shots in ‘The First Three Songs.’ (Steve Schneider)

Seattle concert photographer Steve Schneider captured Kurt Cobain and Nirvana at Pier 48 on Dec. 13, 1993, one of many rock shots in ‘The First Three Songs.’ (Steve Schneider)

If you’re intrigued by the documentary but still can’t imagine listening to Kenny G’s just-released album New Standards, I get it. Perhaps grunge is more your scene?

This weekend STG Presents is screening an iconic performance from 30 years ago, when Nirvana played Seattle’s Paramount Theatre on Oct. 31, 1991, just weeks after releasing the influential album Nevermind. Nirvana — Live at the Paramount 30th Anniversary Screening (Paramount Theatre, Dec. 12, 7 p.m.) will feature the original footage — filmed in 16mm and mixed in surround sound — as well as performances by Seattle bands The Black Tones and Them.

But if you’d rather leaf through rock ’n’ roll memories in the privacy of your own home, consider The First Three Songs, the new coffee-table book by Seattle concert photographer Steve Schneider. Included are close-up shots of Nirvana, Soundgarden and Pearl Jam, not to mention acts like The Grateful Dead, AC/DC, Bonnie Raitt, Santana, The Who and The Rolling Stones, many of which were taken during performances at Seattle-area venues.

While Schneider had dialed back his concert photography even before the pandemic, he used his COVID-19 downtime to finally sort through the hundreds of images he has from shows in the 1970s through the early 2000s. Schneider told Crosscut reporter Margo Vansynghel that the book title comes from a policy many big acts implement as a way to control the images from live shows — press photographers are allowed to shoot only the opening songs. Many of the moments captured in the book haven’t been seen before — especially by those who always show up late. 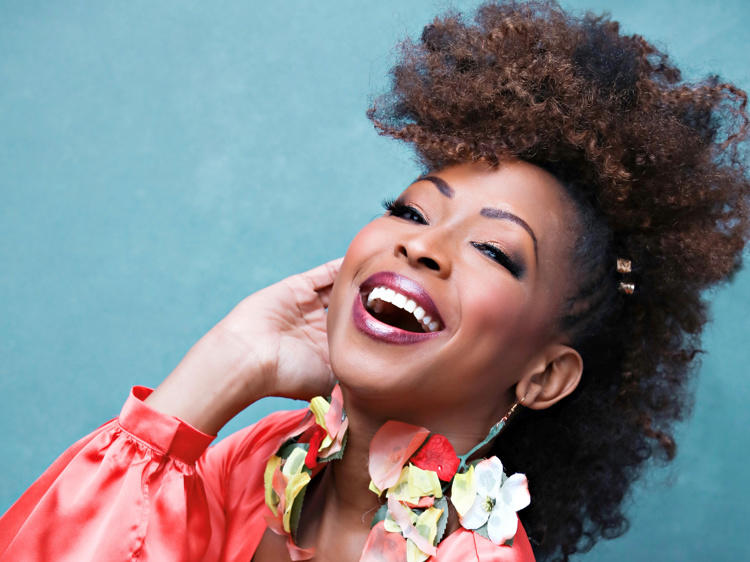 This week, Crosscut contributor Misha Berson wrote a story on the many holiday shows returning to Seattle theater stages after last year’s COVID-19 closures, pointing out that these annual productions are financially crucial to arts organizations. The same goes for seasonal musical productions, so check out these listings and see what floats your holiday boat.

Spectrum Dance Theatre continues its reworking of Donald Byrd’s groundbreaking Harlem Nutcracker, with a workshop performance of newly created sequences, including a fight with ghouls and a lovely snow scene — all set to music from Duke Ellington and Billy Strayhorn’s 1960 “Nutcracker Suite.” (Seattle Children’s Theatre, Dec. 9-12)

The Seattle-based and beloved Jose “Juicy” Gonzales Trio returns with what for many fans is an annual tradition: a live performance of the entire Vince Guaraldi score from A Charlie Brown Christmas. Time to practice your Linus dance! (Cornish Playhouse at Seattle Center, Dec. 12, 1 p.m. and 6 p.m.).