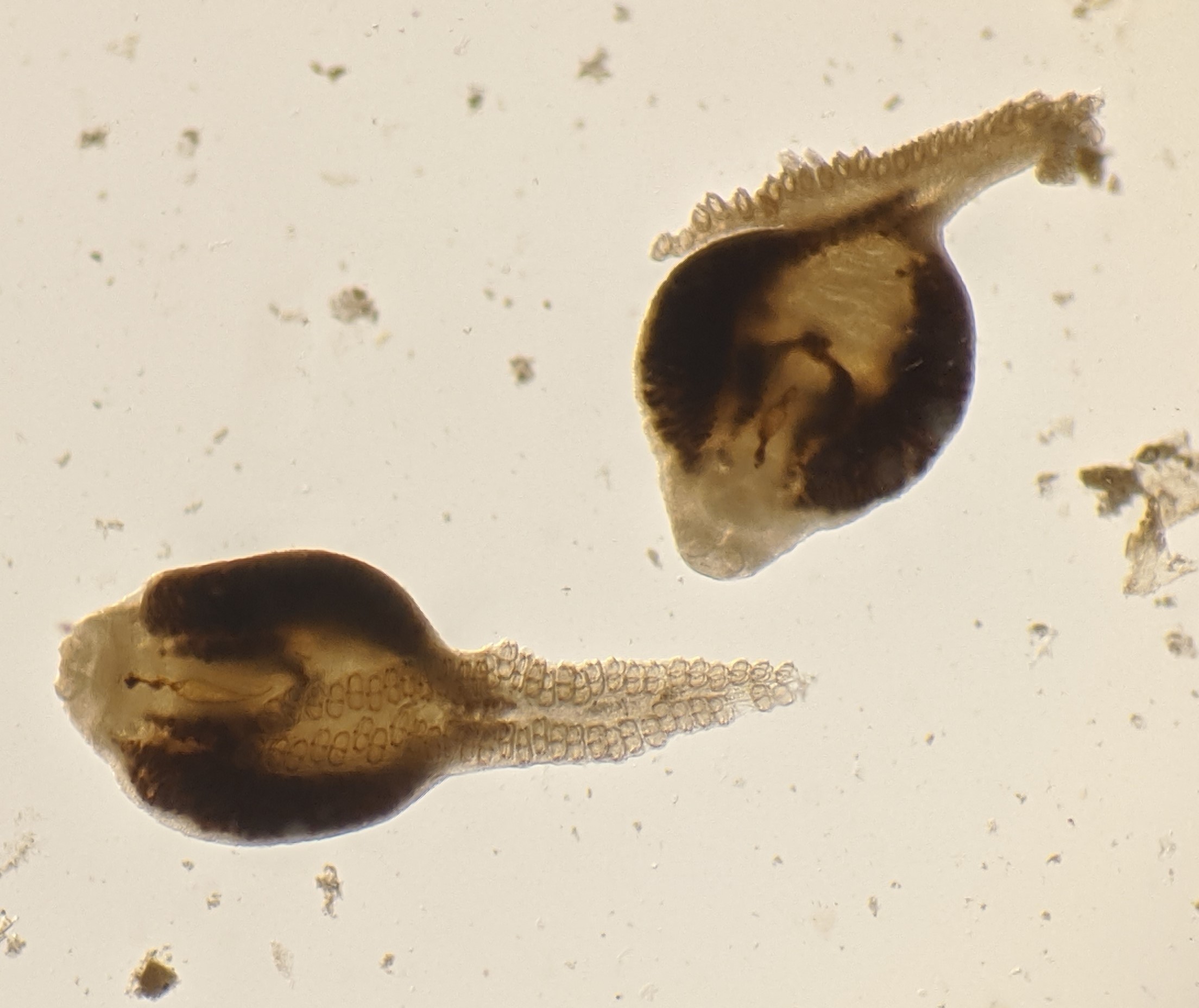 When people think about parasites, the idea of these tiny, wormy creatures often surfaces fear or disgust.

That’s not totally unfounded, said Dr. Chelsea Wood, an ecologist at the University of Washington and lead researcher on an unprecedented study about Puget Sound’s parasite biodiversity. After all, most people encounter parasites in a medical or veterinary context and consequently can’t be blamed for thinking they’re all dangerous.

But a new study supports claims that people in Washington and beyond would be smart to care about these wriggly creatures. Results suggest we should worry for them in our warming world — or at least try to understand them better — if we want to preserve biodiversity in our estuary and others.

Only about 5% of parasite species affect humans, Wood said. That segment is critical, experts say, but fear disposes us to ignore the work the other 95% do in ecosystems.

Parasites, especially those that move among many host species, can affect hosts’ behavior in ways that help energy flow through marine food webs. A fish slowed by parasitic infection, for instance, is easier for a seabird to catch.

“They're essentially giving this giant assist to the animals that live at the top of the food web,” Wood said. Parasites can also keep balance in ecosystems by putting pressure on species whose populations would otherwise balloon.

Wood’s team recreated 140 years of parasite population trends by looking for parasites in the guts of eight species of preserved Puget Sound fish specimens collected between 1880 and 2019. They found 85 different taxa of parasites, and expected to find “winners and losers” among them: Some parasites would do better as climate conditions change, others wouldn’t.

But instead they saw that as water temperature increased, the populations of parasites within one or two host species simply held steady. Parasites relying on three or more other species to complete their life cycles, which make up 52% of the parasites studied, just nosedived, with an 11% decline in parasite biodiversity every decade.

The findings not only provide a baseline for the decline, but get us closer to understanding which parasites are even here, said Dr. Maya Groner, a senior research scientist at the Bigelow Lab for Oceanography.

“It suggests that there's a lot of interesting biology that we need to learn about,” said Groner, who with Wood is a member of the Puget Sound Partnership’s Disease Working Group.

The scale of the disappearance shocked Wood. Many people expect that climate change will cause more infections and that a warmer world will be a wormier one, she said.

“I was interested in testing that because we just don't have a lot of data to weigh in on that question, even though we all have kind of this gut feeling that parasites are on the rise,” Wood said. “[I think] it says a lot about how much people are paying attention to parasite biodiversity.”

“The drops in parasites documented in their paper are eye-catching, and worrying about what they may signal about system decline,” said Dr. Jeb Byers, a parasite ecologist and professor at the University of Georgia. Byers, who has written about the need for better ways to predict climate effects on marine parasites, did not work on the study.

Many papers project marine disease increasing due to human impact including climate change, “and yet when we look carefully for evidence that parasites increase in response to environmental stresses, we don’t often see it,” said Dr. Kevin Lafferty, a senior ecologist with the U.S. Geological Survey's Western Ecological Research Center and one of Wood’s mentors.

Comparing parasite disappearance to declines that have triggered conservation efforts for species people care about, Wood said, from birds to butterflies to whales, “that’s a scary number.”

A study 10 years in the making

Wood had been wanting to do this research since about 2009, as a Ph.D. student studying the difference between parasite populations in places heavily influenced by humans and those that are comparatively untouched. She realized there are differences, but no long-term data on parasite community composition or abundance through which to understand the results.

But a conversation with a mentor turned her attention to pickled fish in natural history museum collections, and the possible pickled parasites housed within them. Wood couldn’t visit aquatic ecosystems of centuries past — but could she attempt to resurrect them in the lab with the help of some well-preserved time capsules?

Pitching her project was an uphill battle. Her technique was unprecedented, and agencies reviewing her funding requests doubted she’d get useful information this way, she said. Historical reconstructions are notoriously hard to do, Byers said — one reason the resulting paper is so novel. 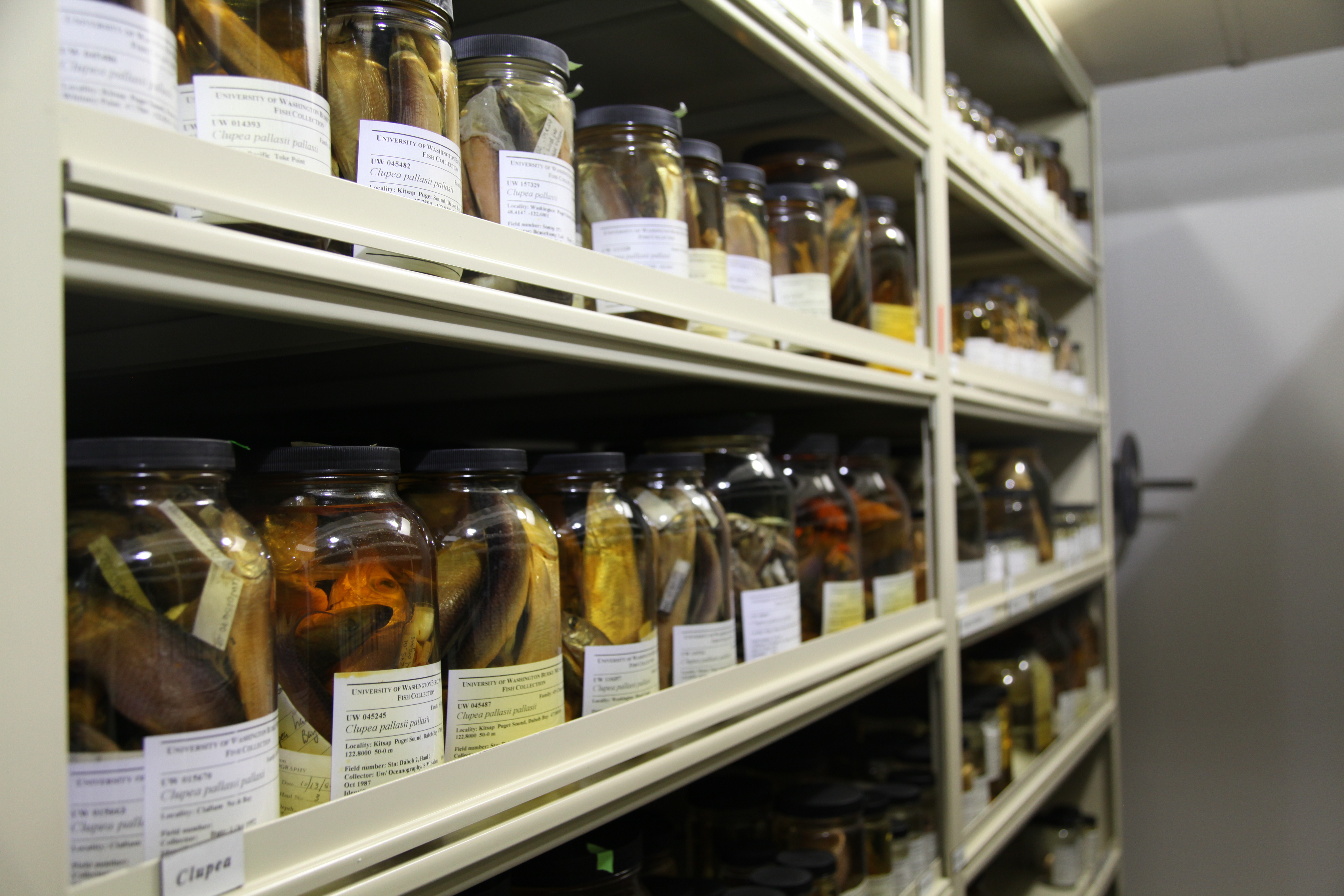 Pacific herring specimens sit on a shelf in the University of Washington Fish Collection housed at the Burke Museum. Dr. Chelsea Wood and her team relied on this collection in dissecting many fish specimens as part of a study into trends in parasite abundance and biodiversity. (Courtesy of Katherine Maslenikov/UW Burke Museum)

Pacific herring specimens sit on a shelf in the University of Washington Fish Collection housed at the Burke Museum. Dr. Chelsea Wood and her team relied on this collection in dissecting many fish specimens as part of a study into trends in parasite abundance and biodiversity. (Courtesy of Katherine Maslenikov/UW Burke Museum)

Many rejections later, Wood landed an assistant professorship at the UW. Looking out her office window, she could see the building housing the Burke Museum’s preserved fish collections, and she sprang to action.

In February 2019, a small team began dissecting eight common fish species, including spotted ratfish, Pacific hake and Pacific herring, that museum collections could safely spare for research, looking for trends in the abundance and types of parasites they could find over time.

They collected 17,702 parasites from 699 fish specimens through August 2021, and completed analysis in May 2022. Barring a few very old specimens, museums were eager to lend her fish.

“The Burke is the star of this paper as far as I'm concerned,” Wood said.

The work isn’t glamorous, but creative and resourceful, Lafferty said. “It can be replicated wherever there is a museum filled with dusty jars.”

Another study that attempted to model climate change’s global impact on parasites using preserved parasite specimens at the Smithsonian estimated about 10% of parasite species worldwide would go extinct by 2070 due to habitat loss.

“It isn’t to say that it's for sure climate change — this is an observational study — but that is the most likely suspect at the moment,” Wood said.

Regardless of why parasites are disappearing at this rate, experts say the study is a landmark for providing evidence of a trend in parasite biodiversity loss, and showing that the loss is greater for those species with more complex life cycles.

“The causal reason for it is still a bit speculative. But the fact that the decline occurred is cause for concern, since it likely means shifts on the physical and biological aspects of Puget Sound have been significant,” Byers said.

What we don’t know can hurt us — and parasites

To save parasites, people need to care about them. But it’s hard enough to rouse conservation sentiment even for things that are really cute. Empathizing with something that doesn’t have a face or eyes, is hard to photograph, and spends its days lying in an intestine sucking up someone else’s nutrients or hurting our family pets, Wood said, is a big ask.

“It’s a hidden component of biodiversity that people don't care about, either because they've been historically understudied or because they're ugly or slimy,” she said.

Putting more support behind data collection could help turn that tide. Ecological data collected and reported in the 1960s and ’70s that shows how predators, like the wolves in Yellowstone National Park, are important to ecosystems, Wood said, helped change public sentiment.

“This study is our opening gambit for parasite conservation because … finally, we have the data to justify all that worry,” she said.

With education — especially through infotainment — people’s opinions about parasites could evolve from fear to cautious respect.

Puget Sound is full of parasites people like Wood find not only fascinating, but also beautiful. From herring worms falling out of recently caught fish mid-filet to species that seem to have disappeared — like Nybelinia surmenicola, which cling to sharks’ intestinal walls and glisten like jewels — there’s a diversity of animals whose health we still don’t know much about here.

Wood wants to see more data about parasites to help drive home their value for people who don’t see them as inherently beautiful or worthwhile.

With evidence that vulnerable parasites are already declining, time is of the essence for biodiversity: If parasites are disappearing, that may suggest their host species are experiencing change, too.

“Parasites are helping us preserve what remnant populations exist [of other threatened animals]. They're helping us keep food webs together, and they don't get any credit for it. That service is going to be gone when those parasites disappear, and that's when we'll miss it,” Wood said.

Science has barely identified which parasites we’ve already lost and is not close to pinning down the functions they served, she said, but she hopes this study puts us on the path to find out more.

Groner said she thinks it would be wonderful if this information influenced conservation strategies in Puget Sound, or at least resulted in more data collection.

“There's a lot of unknowns about the positive impacts of parasites, and sort of the more-downstream ecological effects of parasitism that we can't quantify at this point,” Groner said.

Wood hopes other scientists will conduct similar research elsewhere in the world, so that people can compare parasite diversity globally. She is trying to expand her team’s own ability to do this work in other places, to see whether this kind of decline is unique to Puget Sound. 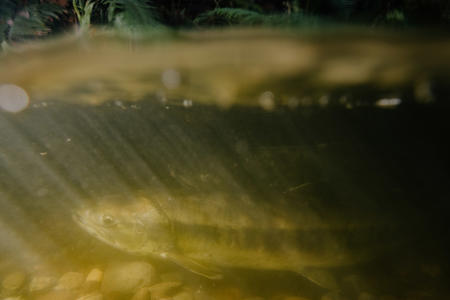 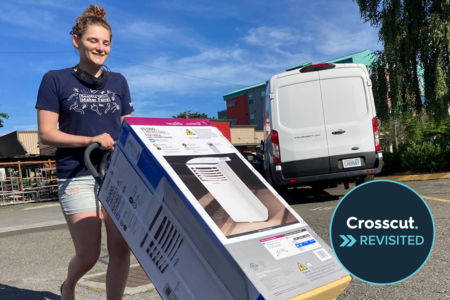 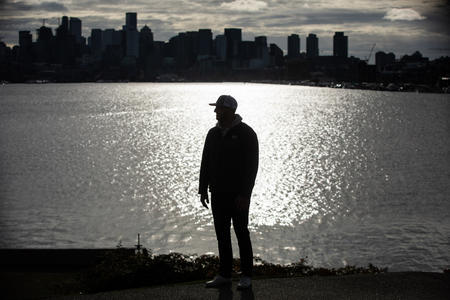 As the crustacean's population plummets in the Bering Sea, so do the livelihoods of fishers in Washington and beyond.

As the crustacean's population plummets in the Bering Sea, so do the livelihoods of fishers in Washington and beyond.