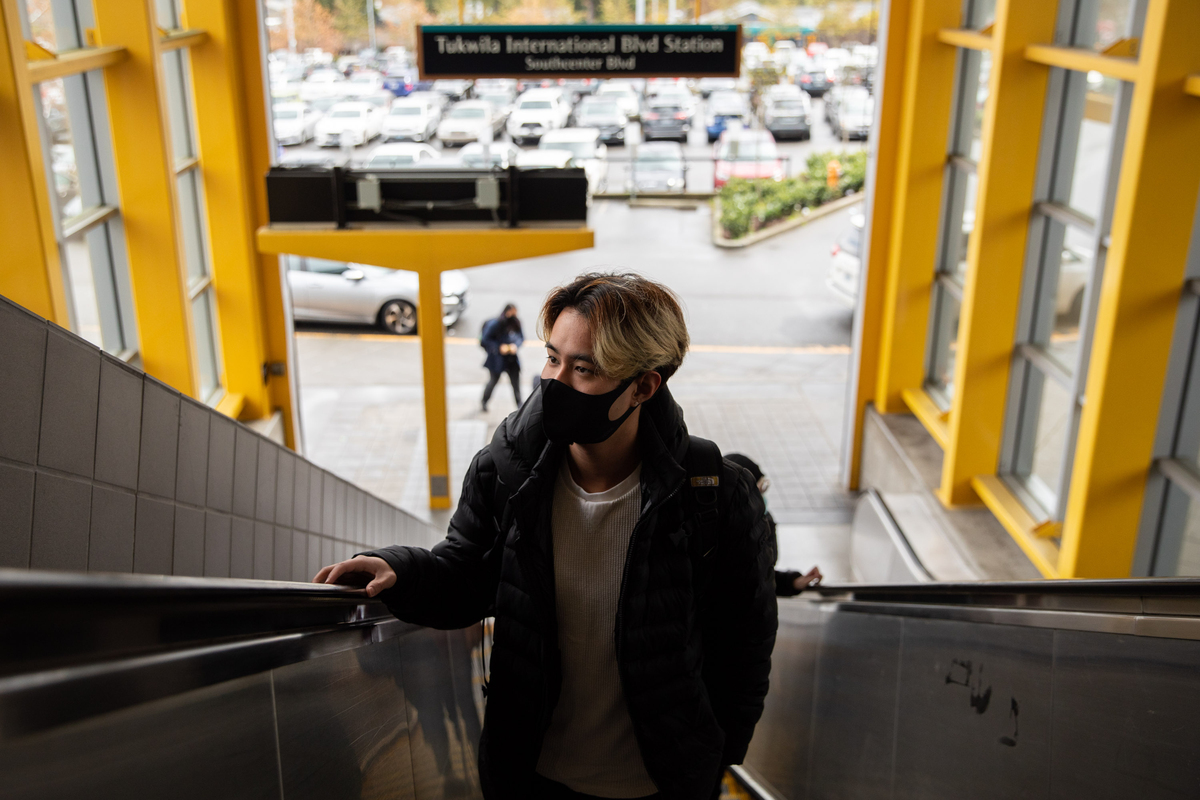 University of Washington senior Zulkifli Sales heads to the light-rail at Tukwila International Boulevard station on April 14, 2022. Sales commutes to the UW campus, which can add up to about a one-hour commute. (Amanda Snyder/ Crosscut)

The completion of the light rail’s Northgate Link extension in 2021 added three new stations to North Seattle, including the U District station, just two blocks from the northern end of University of Washington’s Seattle campus.

With unlimited light rail and bus rides provided to UW students through the school’s mandatory U-PASS, living farther from campus became more accessible as the school returned to largely in-person classes for the spring quarter.

Provided, that is, they have access to a light rail station.

Zulkifli Sales, a fourth-year student studying geography data science, lives in South Seattle with his mother. To attend classes in person, Sales commutes from the Tukwila International Boulevard station to either the U District or University of Washington stations, depending where his classes are. That adds up to about an hour’s commute.

To make it to campus on time, Sales needs to get up about two hours before classes start to make sure he has enough time to get ready. This has made attending early morning classes particularly difficult.

While the drive from his house to UW takes about half the time, around 24 to 30 minutes, Sales said the cost of gas and parking, along with the hassle of dealing with traffic later in the day, makes commuting via light rail much more appealing.

Sales doesn't really mind the light-rail commute. He enjoys the opportunity to sightsee and listen to music, as well as the time alone to think or do schoolwork.

Living closer to campus would be easier, Sales said, but the cost of residence halls, which can be up to $3,000 a quarter, and being away from family are certainly deterring factors.

“I would love to do it, but it just sounds like a lot of money,” Sales said. “Also, I wanted to stay close to my mom. I’m here if she needs me, you know? That’s the main reason why I’m not going to a dorm.” 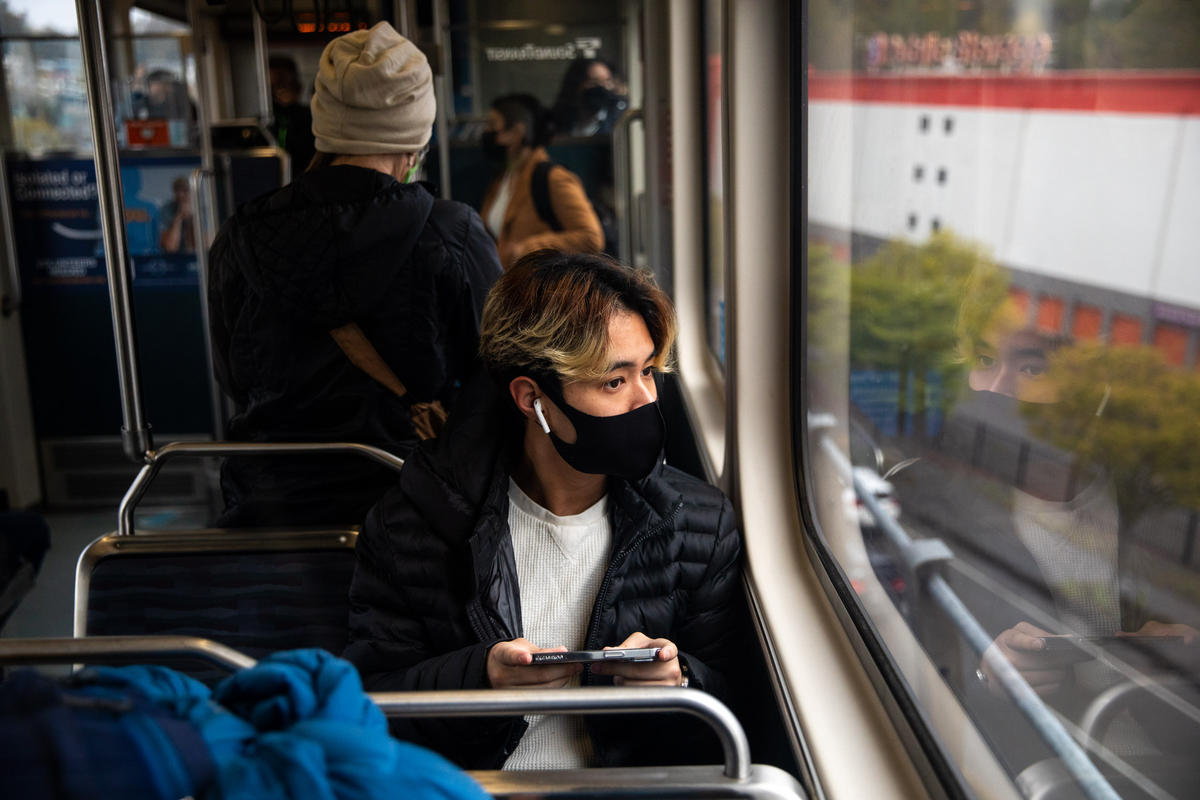 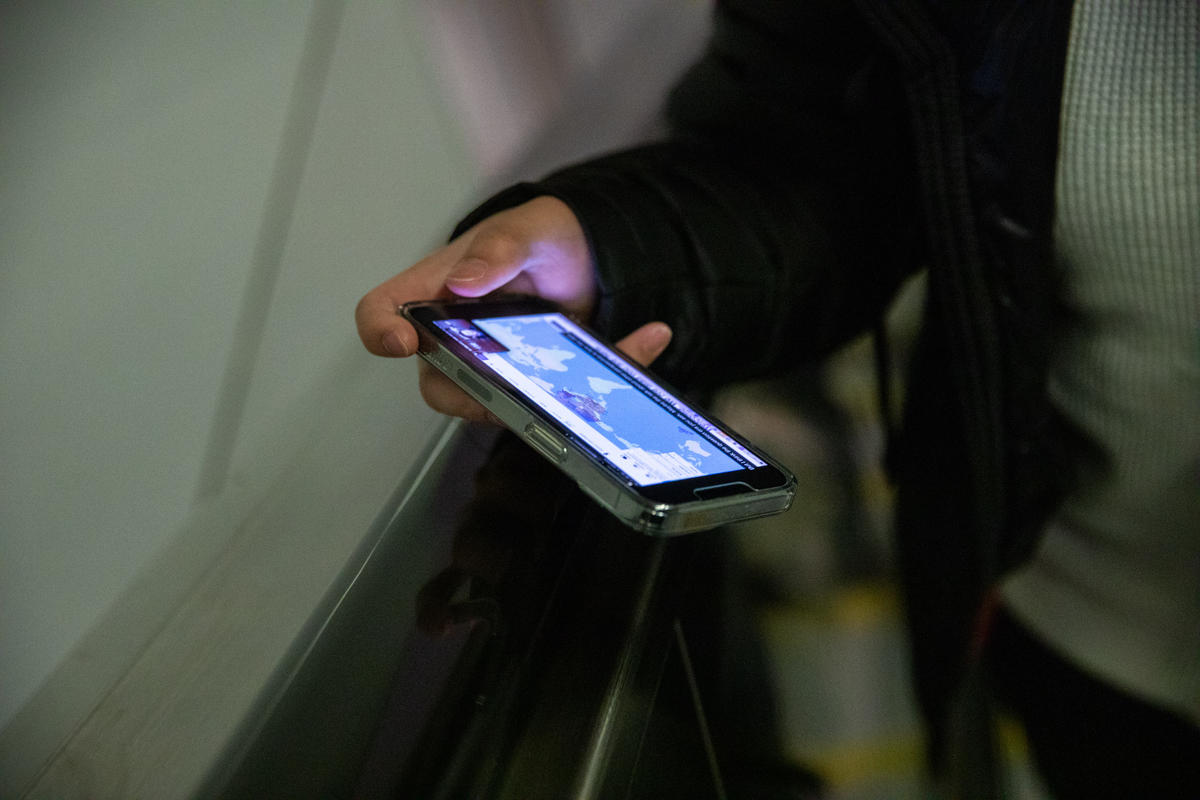 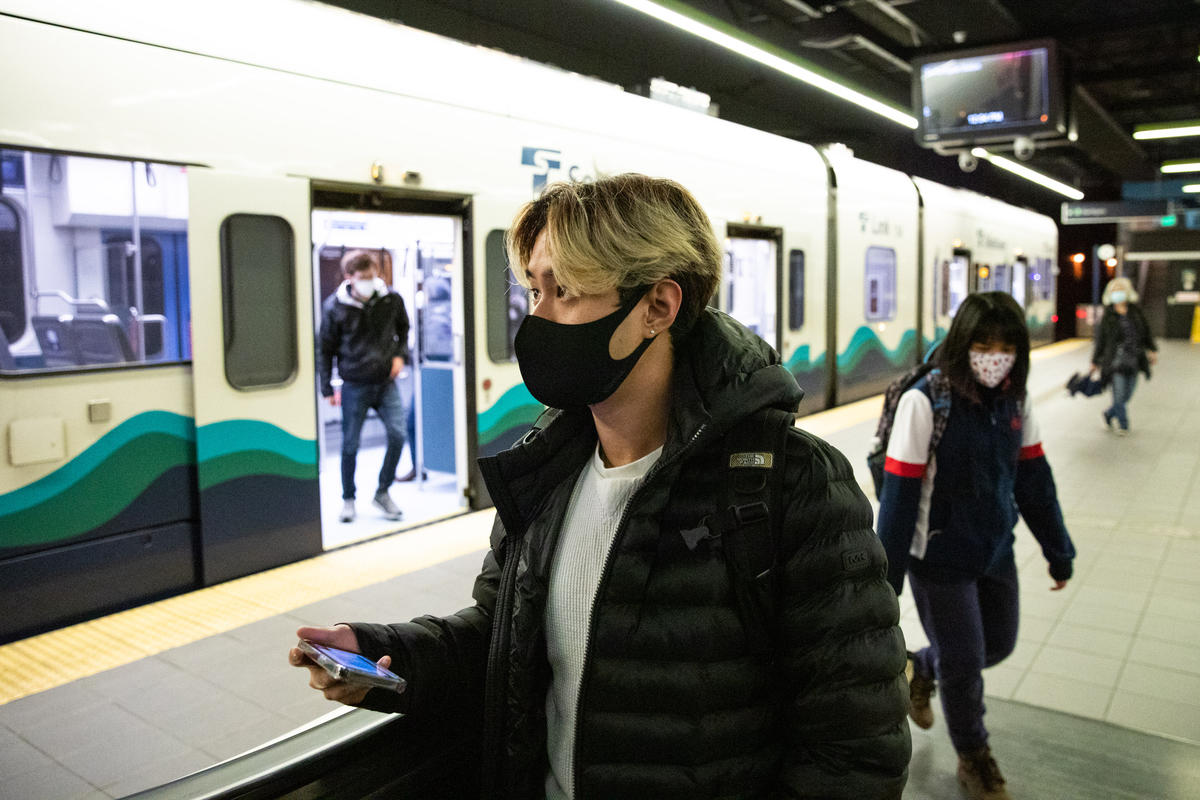 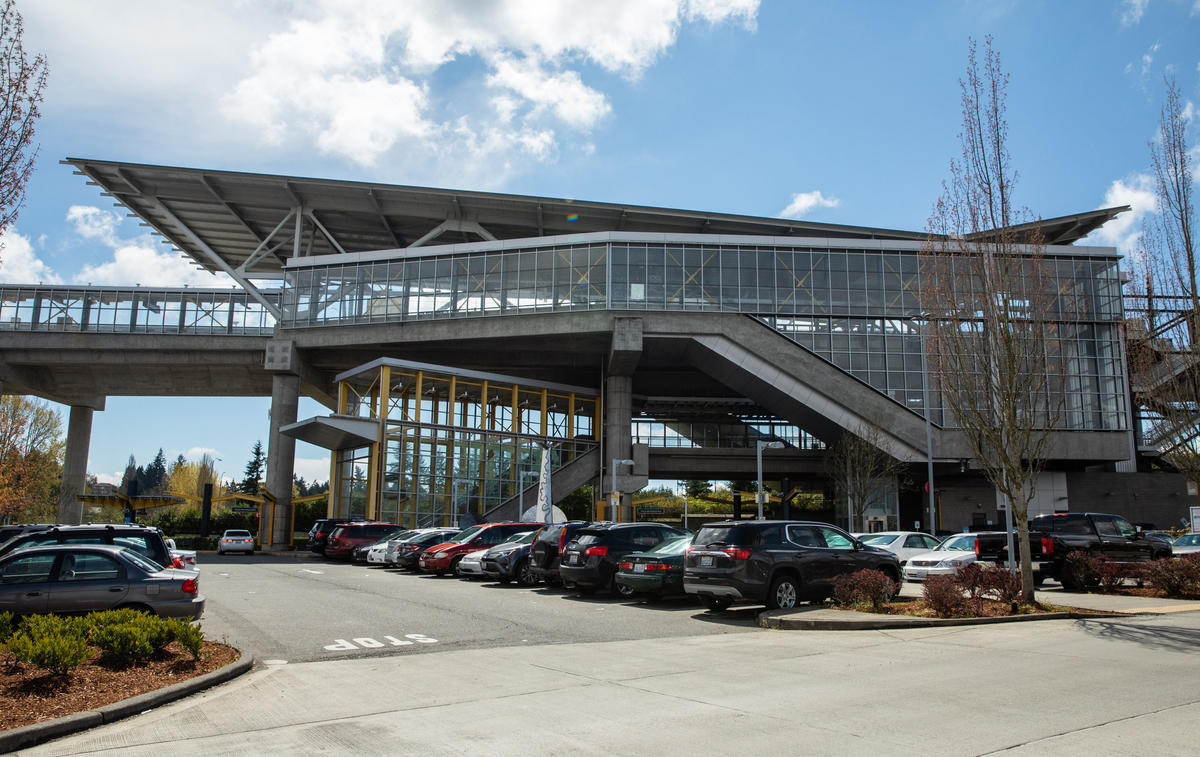 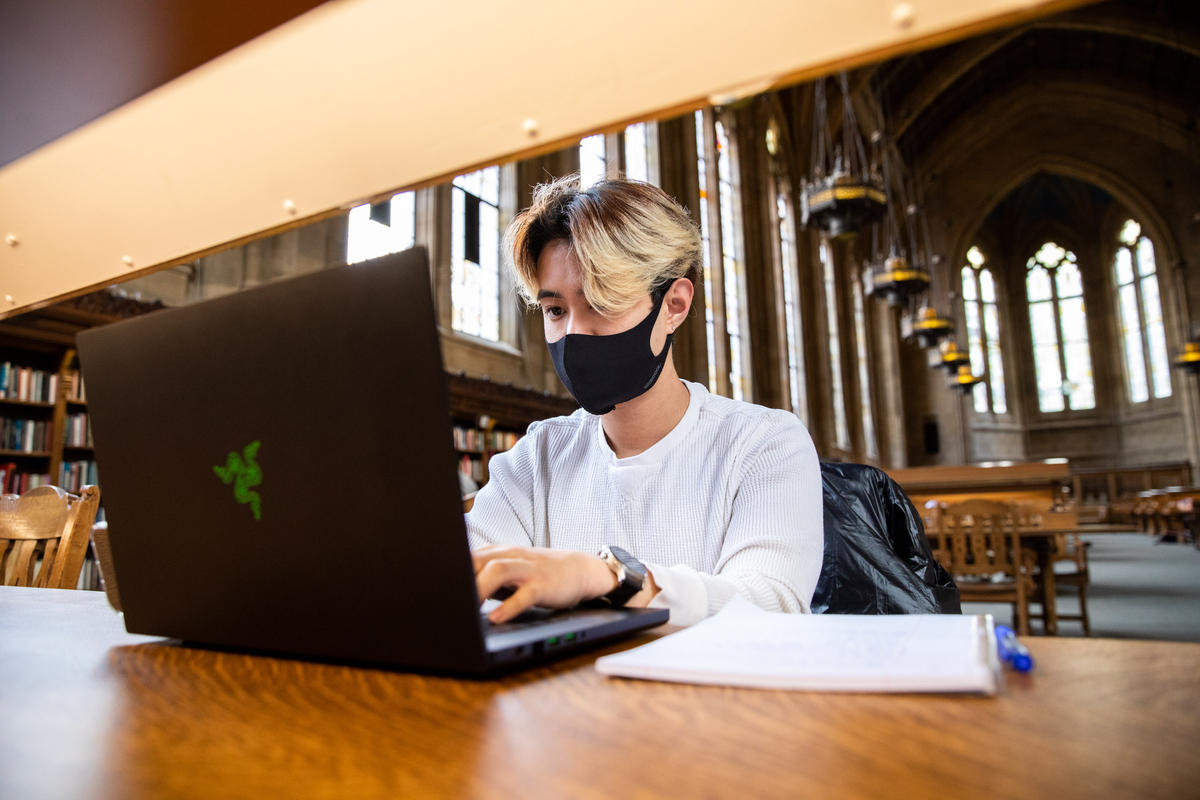 University of Washington senior Zulkifli Sales finishes up some schoolwork at the library before his first class, April 14, 2022. (Amanda Snyder/ Crosscut)

University of Washington senior Zulkifli Sales finishes up some schoolwork at the library before his first class, April 14, 2022. (Amanda Snyder/ Crosscut)

Ean Barnawell, a junior, regularly commutes to campus by bus from a park and ride near his apartment in the Factoria area of Bellevue. Barnawell’s trip requires just one bus, but it still takes over an hour to get to campus — and the ride isn’t exactly comfortable.

“You can’t do any laptop work on the bus because it’s cramped,” he said. “I’m like 6-foot-2 and 220 [lbs]. I barely fit on those seats as it is, and it’s sitting on hard plastic. It's like sitting on a kindergarten chair.”

Relief for bus commuters like Barnawell is on the way.

The East Link extension project is under construction, with plans to open 10 light rail stations in 2023, branching from Seattle’s Chinatown-International District, through Mercer Island and Bellevue, and into Redmond.

The light rail ride from Mercer Island to the UW is projected to take 20 minutes, a commute that typically takes an estimated 10 to 15 minutes by car, traffic and bridges permitting, and 35 to 40 minutes by public transit. The quickest route requires a transfer to the light rail at the International District/Chinatown station.

Barnawell is looking forward to the Eastside stations’ opening, but living near Factoria, he would still need to make the initial commute to reach the Mercer Island or Bellevue stations.

When commuting to campus, Barnawell makes use of the UW Commuter & Transfer Commons, a space in the Husky Union Building intended for students who have long-distance commutes to relax, study and store their belongings between classes.

The continued light rail expansion would be really helpful to student commuters, as some using the commuter commons travel from as far north as Everett or as far south as Des Moines, where they live with their families, said Angelica Lucero, a student assistant at the center.

“I know some people who simply can't afford to live in the area and have to commute from Tacoma — it's already so expensive having to pay for gas and parking. You could avoid a lot of traffic jams as well, so that's a plus,” Lucero wrote in an email.

A Sound Transit spokesperson said that although the agency did work with UW officials while planning the U District and University of Washington light rail stations. When planning for future station locations, the representative said Sound Transit does gather feedback from community stakeholder groups.

UW freshmen Sydney Colescott and Ellie Anne Pratt live in dorms on the northern end of campus. Next year they are looking to find housing off campus, but want to live within walking distance of their classes, if possible.

If it were necessary to live somewhere further from campus, Pratt said, then access to direct transit, like the light rail, would definitely be something to consider. With classes on campus and a job in the nearby University Village shopping center, though, someplace in proximity to both is ideal.

While living on campus, Pratt said she used public transportation frequently for leisure activities, like exploring Seattle with friends or going to the waterfront.

For UW students, the U-PASS fee is included with tuition. The pass offers unlimited access to Seattle public transit via their Husky ID card. As of fall 2021, the mandatory cost was increased to $92 per academic quarter, following the recent expansion of the Link light rail.

The U-PASS isn’t cheap, Sales said, but it's much cheaper than the cost of buying train tickets five days a week for an entire quarter. The pass has also allowed him to access other neighborhoods outside of the UW, as having one transit route that runs through the heart of Seattle lets him explore new locations at no additional cost.

“I’ve used the [light rail] to go to the Seattle Aquarium, I went to Pike Place Market,” Sales said. “I haven’t been to Northgate, but I kind of want to explore that one day.” 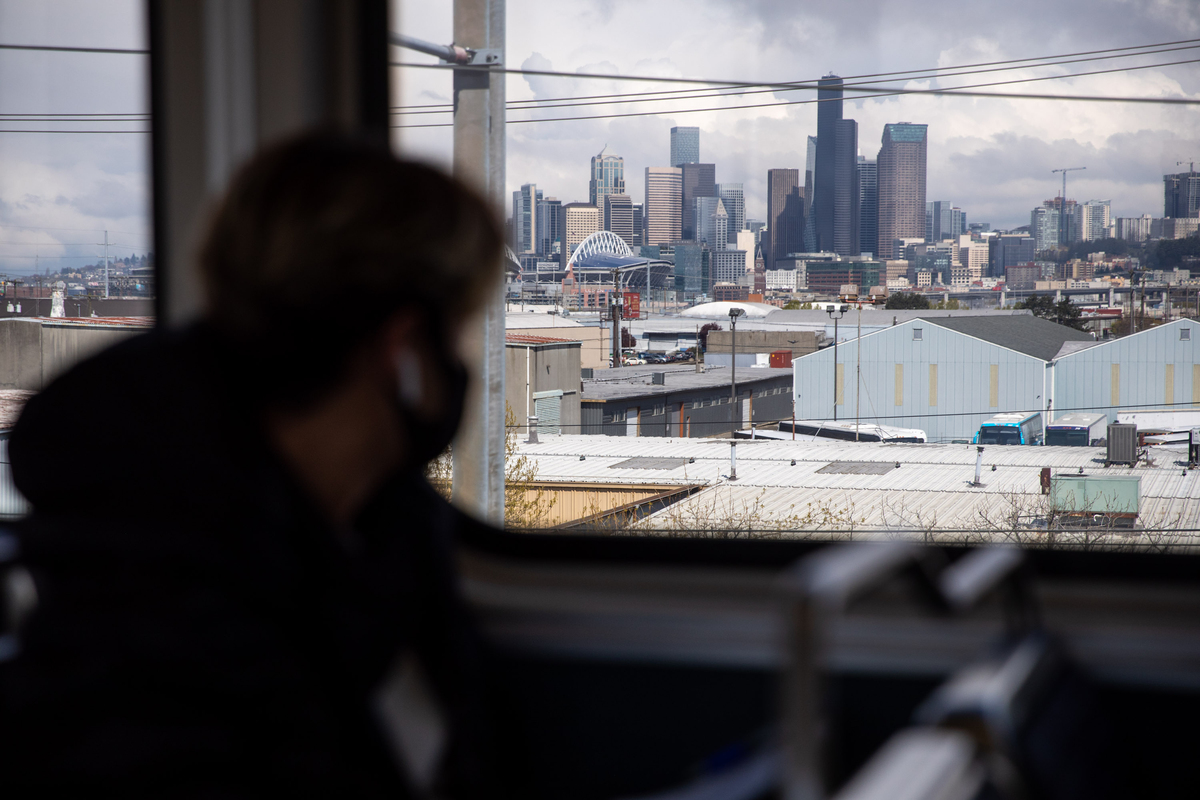 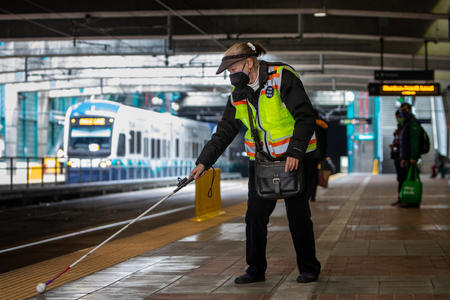 Why transit access can be unsafe for deaf and blind passengers

New bus and train routes in Seattle are excellent news for some, but make life more complicated for those with limited sight and hearing. 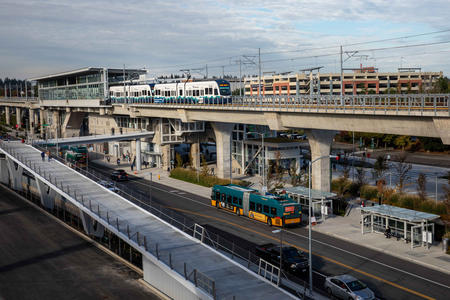 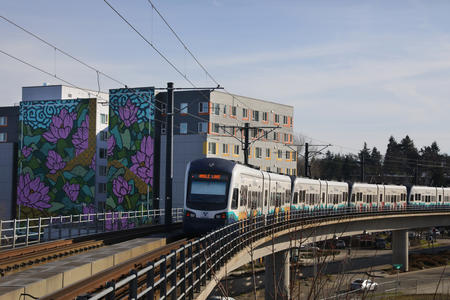 Why transit access can be unsafe for deaf and blind passengers

New bus and train routes in Seattle are excellent news for some, but make life more complicated for those with limited sight and hearing.

Hunter Bos is a student journalist at the University of Washington.