The federal government abandoned us on coronavirus relief. What now?

The stalemate in Congress over relief checks raises larger questions about work and who deserves a dignified life. 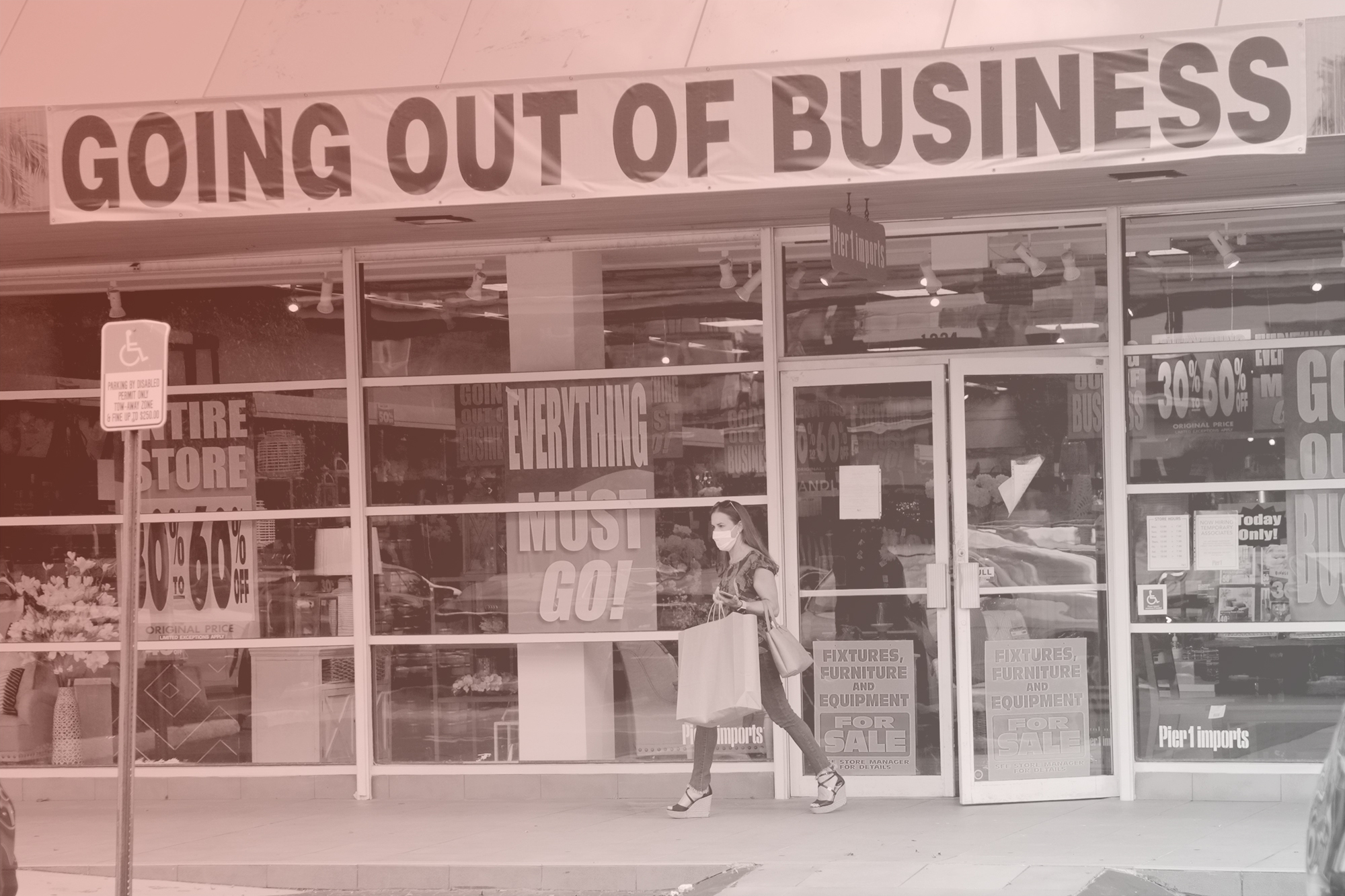 A rash of businesses has closed for good during the coronavirus pandemic, fueling levels of unemployment not seen since the Great Depression. (Lynne Sladky/AP)

This year, August may be the cruelest month. It’s the month our federal government abandoned us.

On July 31, federal eviction protections and unemployment relief, in effect since late March, expired. After two more weeks of fruitless negotiations, the Senate adjourned, making any new action before mid-September unlikely. Trump’s attempts to play the hero — four executive actions announced with great fanfare — don’t actually mean much. Nationwide, a third of renters have little or no confidence they can pay this month’s rent.

A major sticking point in the negotiations was the CARES Act’s $600 per week boost to jobless benefits. Democrats wanted to extend it. Republicans, notably Treasury Secretary Steven Mnuchin, argued that number was far too high, creating a disincentive to work.

There are a few things to say about this argument. First, it’s refuted by a lot of evidence — in fact, the benefit, according to a Yale University study published in July, "neither encouraged layoffs during the pandemic's onset nor deterred people from returning to work once businesses began reopening." Second, making people desperate to find a job during a deadly pandemic is, on the face of it, not a great idea. Third, cutting benefits now could actually make unemployment worse.

In a recession, relief for the unemployed acts as what economists call an “automatic stabilizer,” pumping money into the economy and propping up flagging demand. This counteracts the self-reinforcing feedback loop whereby layoffs lead to decreased spending, which leads to still more layoffs. People receiving that weekly $600 are likely to spend it, sustaining businesses and therefore other people’s jobs. If today’s economic pain hasn’t reached Great Depression levels, this is one big reason.

But all of that is somewhat beside the point. Like so much of political speech, the incentive-to-work argument is not really about saying true things. It’s about provoking specific feelings. In this case, the message is that someone else is getting things for free, things they didn’t work for and don’t deserve. The desired effect is that the target audience — people who feel they are working hard and still treading water — resents and blames the people below them on the economic ladder, instead of those above. When this kind of argument also succeeds in its aim — keeping the poor miserable and desperate for work — it creates downward pressure on wages and makes those with jobs feel lucky, insecure and less likely to demand more or to stand up to abuse at work. In other words, it’s about dividing and disciplining the whole labor force.

This strategy has a long and successful history, from the racially coded “welfare queen” of the 1970s and ‘80s, to today’s narratives about homelessness. But that doesn’t mean it’s smart politics during a pandemic. With so many people out of work as a result of circumstances undeniably beyond their control, gross domestic product on the skids and death and disease still raging, to insist on slashing relief looks a lot like political suicide. Far from carrying out a sinister master plan, it seems more likely that the GOP has no coherent strategy at all. Its members, left to their own devices, can’t escape their ideological straitjackets. No one is at the wheel.

So what will happen? We can hope — a grim kind of hope — that increasingly visible suffering and unrest will create pressure for a September deal that opens the tap and gets relief flowing once again.

Stepping back, however, there is a larger problem. Focusing on unemployment benefits is itself a kind of concession to the divide-and-conquer narrative described above. It restricts relief to those “deserving” people who lost a job in the pandemic and who qualify for unemployment insurance. At least states now have the option to include the self-employed, gig workers and independent contractors. But that still leaves out many who are struggling, including workers whose immigration status makes them ineligible, and people who are either not in the formal workforce or are still working, but living on very little or no income.

Washington state and local elected officials are taking some steps to fill these gaps. Responding to a massive coalition effort, on Aug. 10, Gov. Jay Inslee announced a $40 million Worker Relief Fund for one-time cash assistance to undocumented people. And Seattle’s new Jumpstart legislation — if Mayor Durkan will actually spend the money — promises rental assistance and grocery vouchers based on need, rather than employment status.

There’s another coalition effort underway, too, pushing to use some of Washington’s CARES Act funding for a “Recovery Rebate.” This plan would deliver immediate cash to lower-income households, using infrastructure already in place for a Working Families Tax Credit — a program created during the Great Recession, but never funded. It’s modeled after the Earned Income Tax Credit, one of the simplest and most effective federal anti-poverty programs, and it could provide relief not just for households eligible for that tax credit, but also for people excluded or inadequately aided by that program: undocumented workers, survivors of domestic violence, student visa holders, single childless workers and unpaid caregivers. With new progressive revenue, a Washington Working Families Tax Credit could become a fixture.

Efforts like these promise to strengthen our state’s safety net and bolster the economy. But how about thinking even bigger? How about hacking at the root of the notion that anyone should have to hustle to deserve the basics of a dignified life? The pandemic has fueled interest in one idea that tries to do just that: a Universal Basic Income. I’ll dig in to that in next week’s column.