Plus: What we lose when we lose the Cinerama. 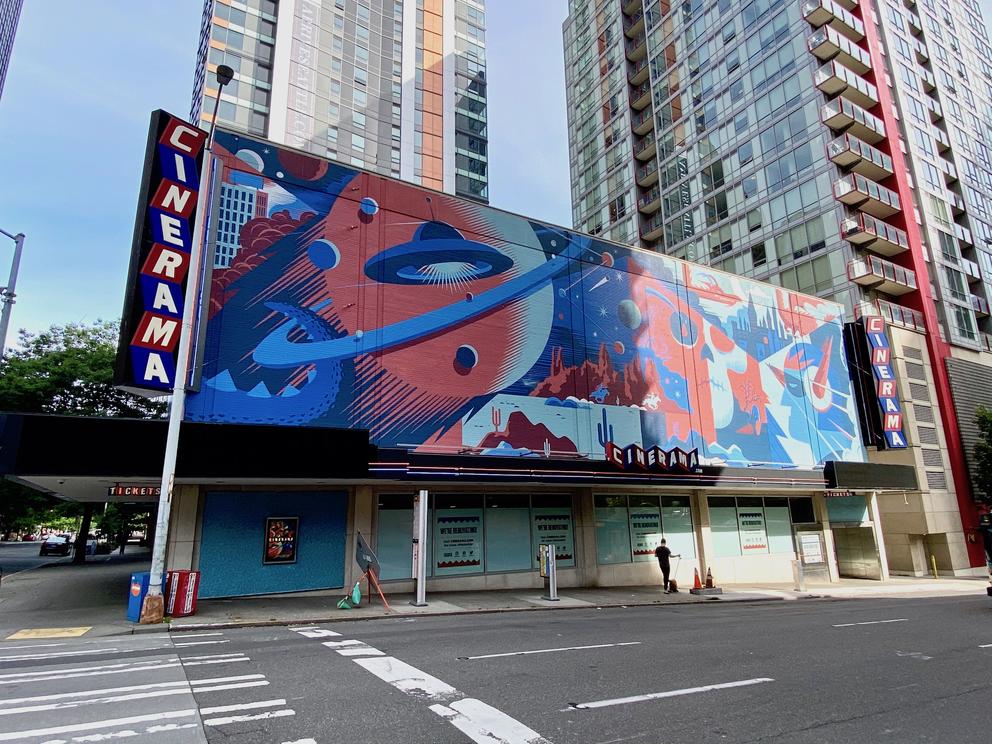 Seattle's storied Cinerama movie theater, which opened in 1963, has closed “for the foreseeable future.” (Brangien Davis)

A couple of weekends ago, an unwrapped white box appeared on my front walkway. No postage, no label. It seemed to have just materialized, vertically, like the monolith in 2001: A Space Odyssey. As I approached the rectangle I saw a design on one side — a fanciful pastel painting of an astronaut emerging from a rocket — and a pink sticky note, on which was written, “From your puzzler admirers. Guess who!” Inside was an 800-piece jigsaw puzzle.

Neither my husband nor I had a clue as to who might’ve given it to us. We’ve never been rabid puzzle fans; in fact, I often find puzzles annoying. When we spotted a neighbor we thought could’ve been the culprit, we tried to provoke a confession, squinting at her and asking, “Puzzling day, isn’t it? Hmm?” She was mystified by this conversational gambit and left quickly. So like a riddle wrapped in an enigma, we had a puzzle wrapped in a mystery.

Self-isolation has sparked a run on jigsaw puzzles, as people hanker for distractions that have the added benefit of taking the blood pressure down a notch. Puzzling does seem like the perfect emblem of the pandemic: sitting at home, attempting to put the scattered pieces of our world back together, wondering what the complete picture will look like.

The puzzle I received was made by a New York company called Jiggy, founded by a woman who had long loved the meditative quality of puzzles, but deemed the artwork often “lame.” Jiggy seeks to improve the offerings with original designs by women artists from all over — including beautiful works by Seattle illustrators Marisol Ortega, Jess Phoenix and Emma Rapp, who painted “The Astronaut,” my mystery puzzle (currently sold out, waiting list available).

The involvement of local artists increased my interest in puzzles. I learned that Bewilderness Puzzles, based in Monroe, also incorporates work by Northwest artists into its wooden jigsaw puzzles, made with incredibly intricate pieces in the shape of, say, dolphins or aliens, or geometric segments that resemble Tetris. Bewilderness is collaborating with local watercolor artist Erin Darling to make a series of “planet paintings,” which currently include the Milky Way galaxy, our very own Earth, and Mars — the last of which features pieces in the shape of the mother ship from Close Encounters of the Third Kind, NASA’s Curiosity rover and SpaceX’s Starship rocket. 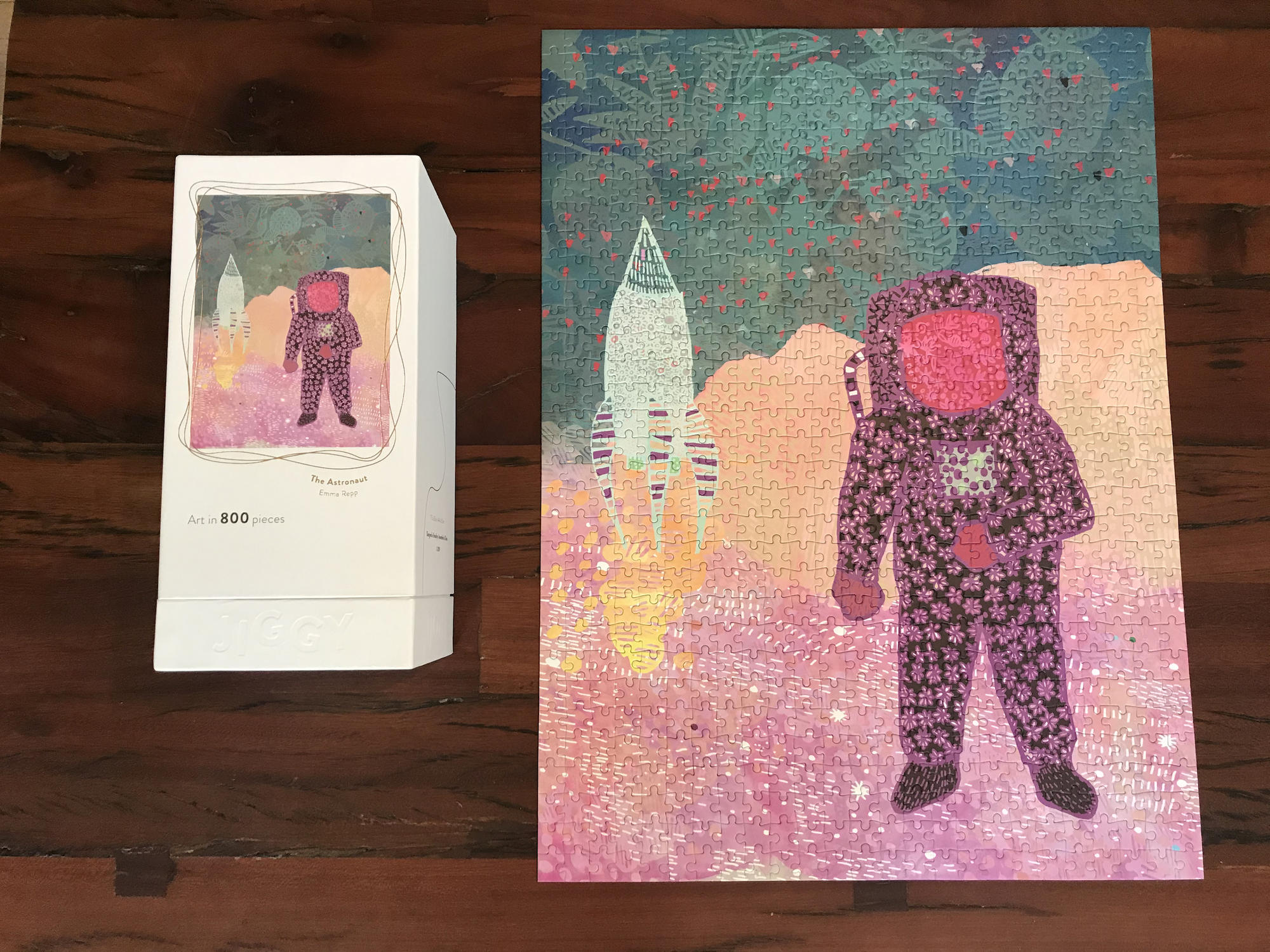 Last weekend I decided to give the astronaut puzzle a go. I liked it, maybe more than any other puzzle I’ve done. The space above the astronaut, filled with repeating organic forms and triangular blips of stars, makes for a good (but not too frustrating) challenge. At one point, I paused puzzling to step outside and look at the stars. Perhaps the astronaut sent me a subconscious nudge. I have the free Sky Guide app (from Seattle-based Fifth Star Labs) on my phone, and I never tire of opening it to scan the heavens. This time an unusually bright star caught my attention — was it a planet? No, the app revealed. It was the International Space Station!

Traveling at 17,500 mph, the ISS has been circling the globe for some 20 years in the name of science. It’s the size of a football field and easy to spot with the naked eye when the conditions are right, meaning it has to be traversing our part of the globe when it’s dark outside. Seattle-area residents can see it several times over the next few days (check NASA’s Spot the Station website for exact times — and they are exact, so plan ahead like an astronaut).

On Saturday (at 12:22 p.m. PT), the SpaceX Crew Dragon spacecraft is scheduled to rocket away from Earth, en route to a rendezvous with the ISS. (The launch will be livestreamed.) Its cargo: two astronauts, who will join the ISS crew for a few months to perform various experiments and, I can only assume, guzzle Tang. 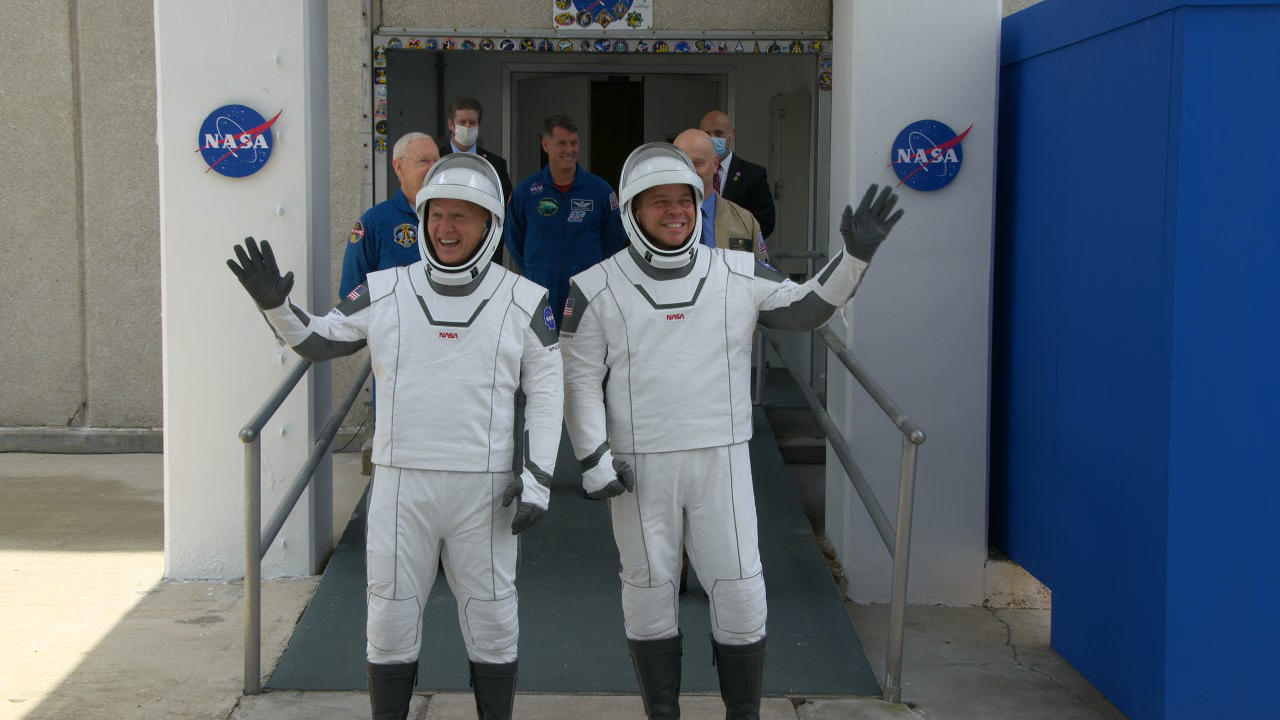 It’s thrilling to see the ISS whiz through the stars. I imagine the crew floating around up there, keeping tabs on us down here. It’s the stuff of sci-fi movies, like 2001: A Space Odyssey and Close Encounters of the Third Kind, both of which I have seen repeatedly in the glorious Cinerama movie theater downtown. But the iconic venue shuttered suddenly in February “for renovations,” and this week Vulcan — Paul Allen’s many-tentacled company — announced it is folding its arts and entertainment arm, leaving Cinerama closed “for the foreseeable future.”

Its absence would leave a black hole in the local arts universe, not only in terms of places to keep the disappearing 70mm film format alive, but also venues for an incomparable “big movie” experience (including chocolate popcorn). On social media, people are sharing ideas for how to save the Cinerama: Could SIFF somehow maintain it? Might this be Amazon Studios’ chance to go brick and mortar? Or have the fiber-optic stars that dotted the ceiling panels burned out forever?

The puzzling continues, from the personal to the civic to the galactic. Citywide, we’re wondering what the Seattle arts landscape will look like post-coronavirus (if there is such a thing as post-coronavirus). At NASA, they’re considering whether the SpaceX launch will mark the beginning of regular commercial space flight — the ultimate escape from an infected planet.

Meanwhile, at the University of Washington’s DIRAC (Data Intensive Research in Astrophysics and Cosmology) Institute, professor James Davenport is working to crack the code of the “most mysterious stars in our galaxy.” You can hear him speak about cosmology anomalies tonight as part of Astronomy at Home, a new series of free far-out lectures intended for those of us who don’t have a degree in astrophysics (live on Zoom and YouTube, May 28 at 8 p.m.).

Me? I’m still trying to figure out who deposited the puzzle cargo at my home space station.

None of us have a completed picture yet. So we log on to Zoom, throw our images up to a satellite circling the planet and hope somebody on the other end of the line can help us fit a few more pieces together. 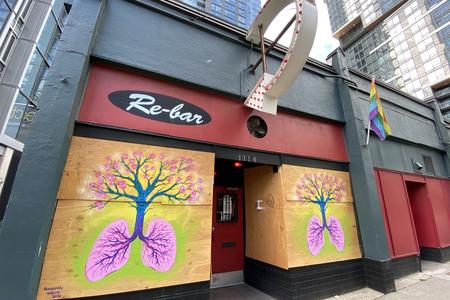 by / April 23
Article continues below

We all need pandemic relief. Undocumented families aren't getting it

Washington state should provide financial help for undocumented immigrants. Without it, many of us face the unthinkable.

Other states are allowing electronic signatures to count on election petitions during the pandemic. Should Washington do the same?