State leaders and labor advocates are pushing for regulations to protect workers who feel torn between working in dangerous heat and losing wages. 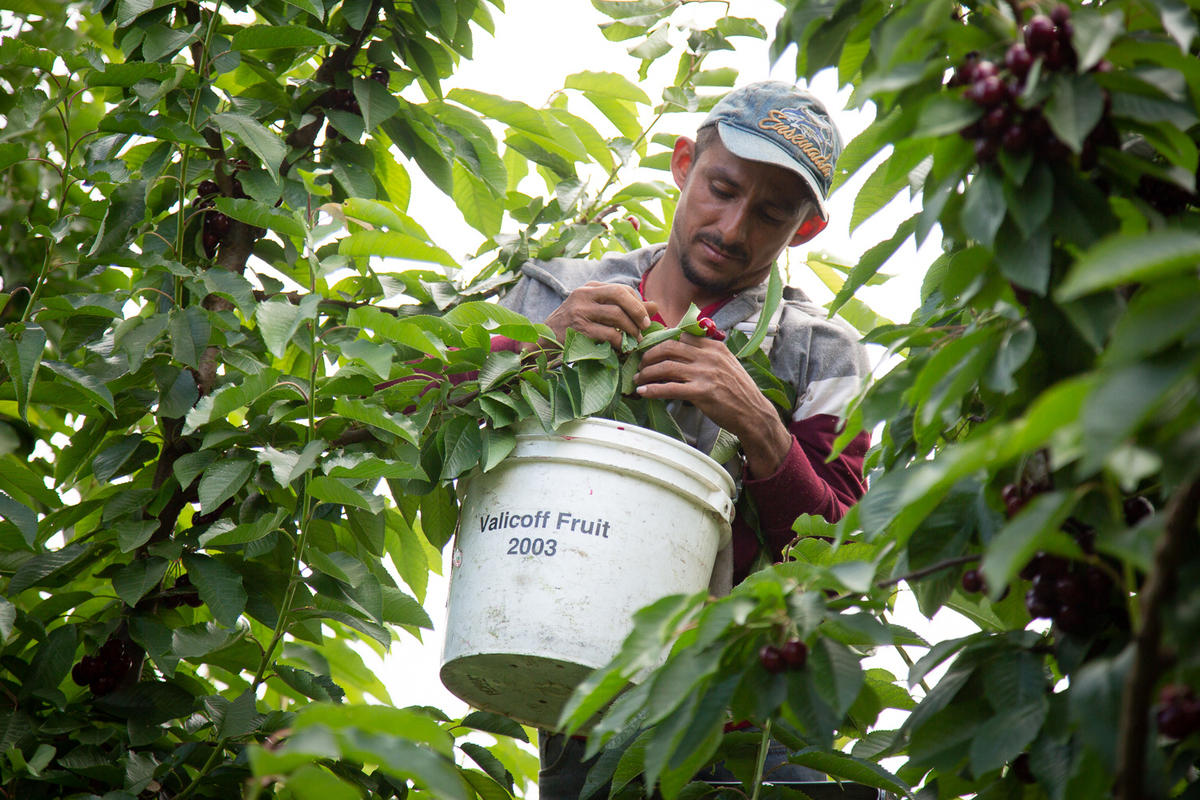 Heat can severely affect outdoor workers. Because of the danger of working in extreme heat, the Washington Department of Labor and Industries, L&I, is developing permanent rules to protect outdoor workers. Emergency rules are in place until September. However, farmworkers in Central Washington have mixed opinions on the regulations, while advocates call for enforcement.

Maria Rojas, from Prosser, says her employer cares for farmworkers.

“As the temperature rises, which is 85 or 90 degrees, they stop us at any time of the day. There is usually water for everyone,” says Rojas.

Yesenia Ramos, a farmworker from Benton City, says the same about her workplace.

“They are following the rules. When the temperature rises, they ask us if we feel good. We decide if we want to stay or if we want to leave. If we agree, we leave. What they don’t want is an accident,” says Ramos.

But Rojas’ relatives, who work elsewhere, told her they had been working long hours in the heat.

Her dad’s wife worked under similar conditions in a different place in Mabton.

Working in the fields under high temperatures in Washington is hard. Rojas says the intensity of heat depends on the type of crops grown.

“In the grape, there is almost no shade. If you walk with big trees, for example, cherry or apple, sometimes you are more protected. You don’t feel the sun directly on your face or back. If it’s 80, in the hop blocks, it feels like it’s 120,” says Rojas.

Rojas says other conditions, such as humidity, when irrigation is necessary for the fields, can make the environment more stifling for some workers.

She says they should wear light-colored, long-sleeved clothing, hats and whatever allows them to stay cool but at the same time protect themselves from the sun.

Last year, heat contributed to the death of Florencio Gueta Vargas. The farmworker passed away while working at a hop farm in Toppenish. 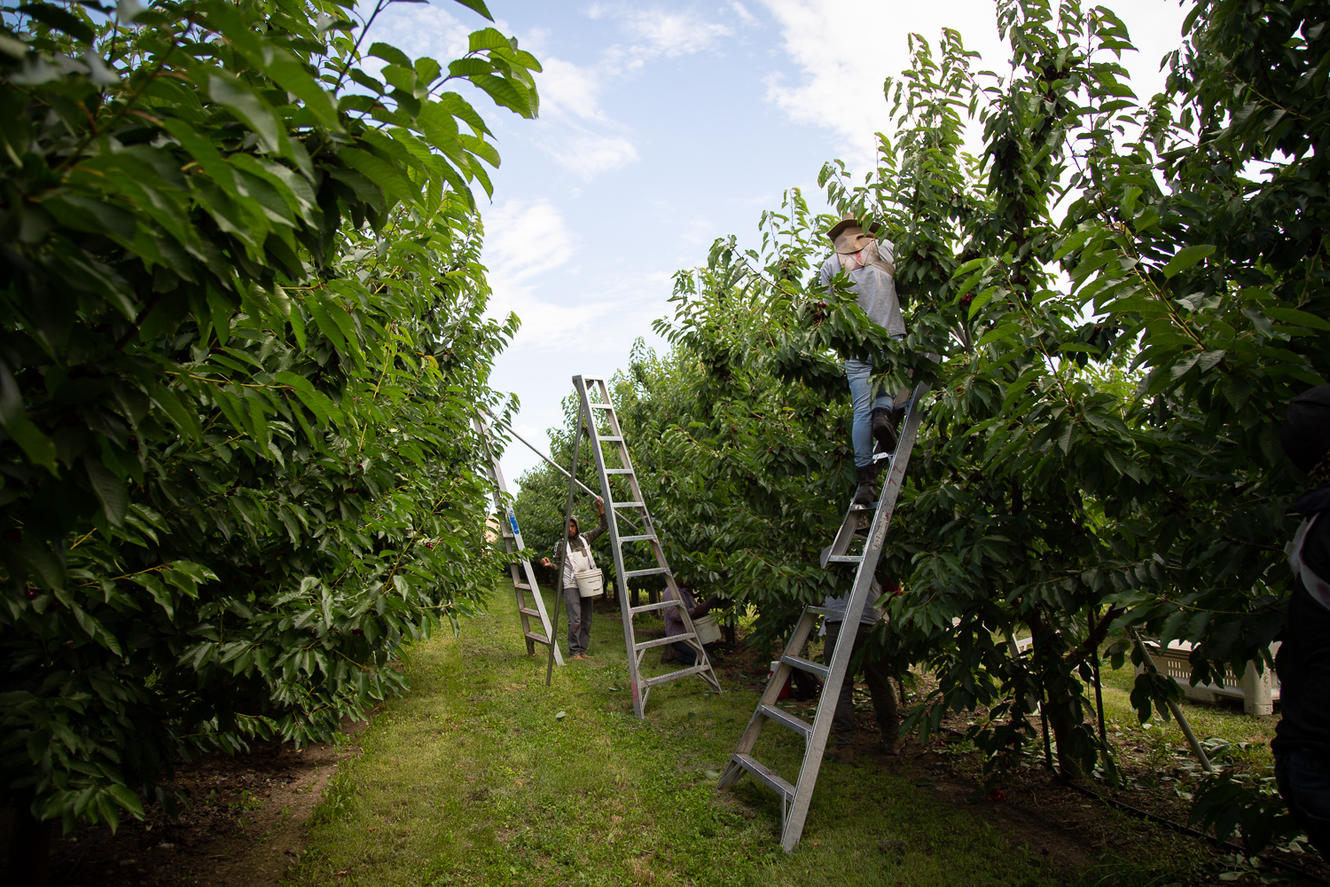 During 2021, L&I accepted 84 worker compensation heat-related illness claims. According to a report, 34 of them were from June 26 to June 30, when Washington experienced extreme temperatures.

Following the emergency rules can save lives, says a ranch majordomo in Prosser, who refused to be recorded.

He says his employer follows the rules, but some workers get upset when they must stop working because of the heat. They want to work more hours.

Many farmworkers have hourly pay.

Rojas agrees. She says they see it in their paycheck when they cannot work because of extreme heat.

“We normally put in seven and a half hours. If we leave earlier because of the heat, which is five or six hours, that’s what we get paid for,” says Rojas.

The director of Basebuilding at Fair Work Center in Yakima, Adriana Cruz, says she has received complaints.

“We have been receiving constant calls from workers about the heat. Two weeks ago, I had over 10 workers that are local and undocumented telling me about their bad treatment,” says Cruz.

Members of the Fair Work Center do outreach, passing out water and material on heat exposure. They also have educational programs to inform workers about their rights.

Other organizations, such as the University of Washington Pacific Northwest Agricultural Safety and Health Center, PNASH, conduct training and have guides and resources on heat illness prevention available in English and Spanish.

Adriana Cruz says that having the rules is positive, but they must be enforced.

“It is not coming from a holistic approach in terms of analyzing it. We’re hopeful that this new iteration of rulemaking is more affirmative. And it makes it clear, what are the obligations for employers, so that we ensure that all workers, regardless of status, have a safe workplace, especially right now, during a heat,” says Cruz.

Since last year, L&I is working on the Outdoor Heat Permanent Rule following a rulemaking request on June 28, 2021.

The executive director of the Washington Growers League, Mike Gempler, says paying attention is key to complying with the new emergency and permanent rules.

“It takes a lot of monitoring from supervisors and foreman crew leaders to make sure they know what their crews are experiencing, because what you don’t want to happen is somebody who tries to tough it out and ends up getting heatstroke,” says Gempler.

Gempler also says field workers must report if the employer is not following the rules, even if they are afraid of retaliation.

“It really is the only way to do it. And I have confidence that the Department of Labor and Industries is going to follow up and make sure if somebody does file a complaint with the Department against an employer, they’re going to make sure that the employee is treated right and there is not retaliation against them,” says Gempler.

Gempler says that both L&I and the Employment Security Department, is getting out in the field to talk to farmworkers. He thinks people have more options now.

L&I seeks feedback to shape the Outdoor Heat Permanent Rule. Presentations, as well as information on how to attend the L&I virtual meetings, are available on their website. The next meeting will be on Aug. 31.

This story was produced for Northwest Public Broadcasting on Aug. 22, 2022, and is republished here with permission. 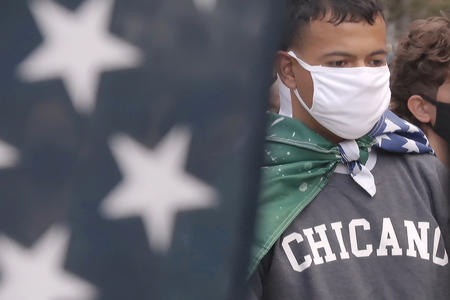 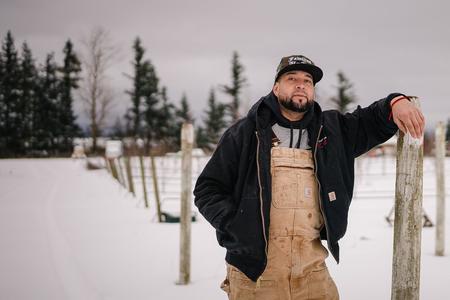 Johanna Bejarano is a bilingual reporter for Northwest Public Broadcasting and communications professional.