Why Seattle’s renter protection debate is so heated 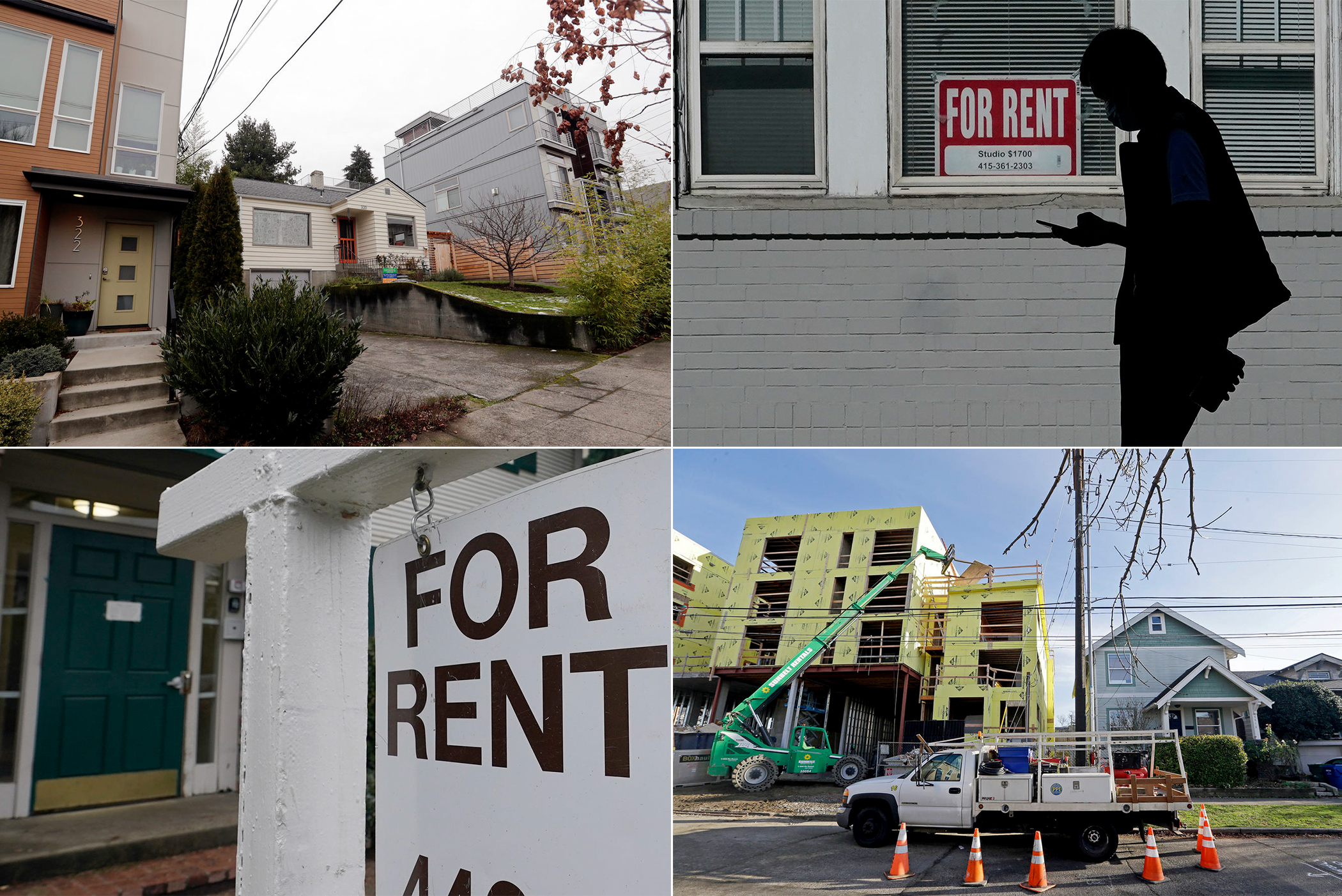 Associate opinion editor Mason Bryan talks with Katie Wilson, a contributing columnist, about her recent series on Seattle’s housing crisis. In several columns, Wilson explored the contentious debate over renter protections, the role of small landlords in the rental market and what local leaders can do to ensure affordable housing is available for everyone.

Mason Bryan: You write in the opening to this series that rental protections are having something of a moment: “Not since the Great Depression of the 1930s, and arguably not even then, have governments intervened so forcefully in the relationship between landlord and tenant.” What is the economic context for these interventions, and what have they looked like locally?

Katie Wilson: The COVID-19 pandemic shut down large parts of the economy, causing massive unemployment and loss of income. Even now there are almost 7 million fewer jobs than in February 2020. In response, federal, state and local governments imposed moratoriums on evictions, rent increases and late fees. And they directed huge amounts of public funding to rental assistance that will ultimately go to landlords.

Bryan: Have the interventions been effective?

Wilson: They’ve absolutely been effective at maintaining housing stability during an acute global health crisis. Eviction filings were much lower in 2020 than in 2019 — though there’s evidence that informal evictions have risen. (Instead of serving an eviction notice and filing with the court, a landlord might pressure a tenant to leave or even move their belongings outside and change the locks.) A recent study in the American Journal of Epidemiology connects expiring moratoriums with increased illness and death from COVID-19.

A lot of those temporary protections are ending now. The national moratorium just ended and, unless you live in Seattle, Kenmore, Kirkland or Burien, you can be evicted for nonpayment of August rent. It’s estimated that over 12% of King County renter households owe an average of $5,656 in back rent.

Bryan: Before we go on, can you tell readers about your day job and what involvement you’ve had in advocating for increased renter protections locally?

Wilson: I work for the Transit Riders Union, and throughout this year we’ve been coordinating a countywide coalition called Stay Housed Stay Healthy. We’ve been pushing for stronger protections for renters, both emergency and permanent. We helped to pass several laws in Seattle, a package of permanent protections for renters in unincorporated areas of King County, like Skyway and White Center, and local moratoriums through Sept. 30 in the four cities mentioned above.

Bryan: One prominent critique of these renter protections is that the added regulations are so onerous on small “mom and pop” landlords that they decide to sell their properties, thus shrinking the available rental housing stock. What specifically are landlords concerned about?

Wilson: The pandemic has been rough on a lot of small landlords, especially since rental assistance programs have been slow to move money. But your question is hard to answer, because this debate gets very muddled. Complaints about emergency eviction moratoriums get mixed together with complaints about permanent protections like Just Cause laws, limits on the various fees landlords can charge and laws intended to reduce discrimination in the tenant screening process, like Seattle’s First-in-Time and Fair Chance Housing laws. In my columns I tried to disentangle some of these threads.

That said, the overall concern is that these laws restrict a landlord’s ability to choose their tenants, control every aspect of the rental contract and kick someone out when they want to —  and that this increases the risk of being in the business to a point where landlords, especially small ones, leave it.

Bryan: So, are small landlords leaving the rental property business because of these regulations?

Wilson: There are plenty of small landlords who will say they’re selling due to new regulations, whether that’s eviction moratoriums or other, permanent laws. So you can take that as anecdotal support. But in the aggregate, there’s no evidence that renter protections have ever caused a reduction in single-family rental stock or rental stock as a whole. The pandemic is kind of an extraordinary period, so we’ll have to wait and see whether that causes any noticeable blip. I think it’s also important to consider other factors, like an extremely hot housing market, that are likely driving sales. And I think we have to ask, as I did in one column, whether maintaining a class of small landlords and single-family rental homes should really be a policy priority at all.

Bryan: Well, let’s go there. If mom and pop landlords are leaving the market — for whatever reason — and being replaced by faceless corporate ones, isn’t that a problem?

Wilson: Faceless corporate landlords can be bad, for sure. The problem is, there might just not be a ton governments can do for small landlords beyond exempting them from renter protections, which I argue is a bad idea. In one column I wrote for this series, I offer a few positive suggestions from a reader and small landlord. But, ultimately, there are larger market and demographic reasons why people may be getting out of the small landlord business today and others not getting into it. With such an acute need for greater density and new affordable homes, I just don’t think that preserving single-family rentals owned by small landlords is a significant part of the answer to our housing crisis.

Bryan: Your series generated significant feedback from readers, in particular from small landlords. Some of it was cool and collected, some intensely angry. What have you heard in the response to the pieces?

Wilson: I’ve gotten appreciative emails, including a few from landlords, but there’s also clearly a lot of frustration out there. I heard from a number of small landlords who feel they’re not being heard by lawmakers, and who also felt I was dismissive of their woes and contributions to the community. Many purchased or inherited their rentals decades ago, and Seattle has become a very different city than they likely anticipated.

The extremes of wealth and poverty, the severe affordable housing gap and the pipeline from eviction to homelessness have led policymakers to try to find ways to better protect renters. Renters and advocates organized and worked hard to win those protections. If these laws are doing their job, they’re preventing evictions that otherwise would have happened and making landlords rent to tenants they otherwise might have rejected; it’s inevitable that many landlords, including small landlords, will object to this. Seattle should continue to study the effectiveness of these laws, but to some extent they’re also just a matter of basic dignity — recognizing that for more and more people, renting is not a temporary phase of life; it’s home, and renters deserve a basic level of security and rights.

Bryan: Presumably the remaining eviction moratoriums, including in Seattle, will lapse. What should city leaders be doing in the long term to ensure there is housing available for everyone who needs it?

Two big answers: End exclusionary zoning to allow far more housing to be built throughout the city and create social housing — lots of it, fast, for all incomes and all family sizes. The first is cheap, the second is expensive and both are politically hard. But we need to do both.

This conversation first appeared in Crosscut's Weekly newsletter on Aug. 1. Want to hear more from Crosscut journalists? Subscribe to the newsletter, below.