Decriminalization of drug possession could be on WA November ballot

The ACLU of Washington calls its proposed initiative a "public health issue." But coronavirus complicates its path to the ballot. 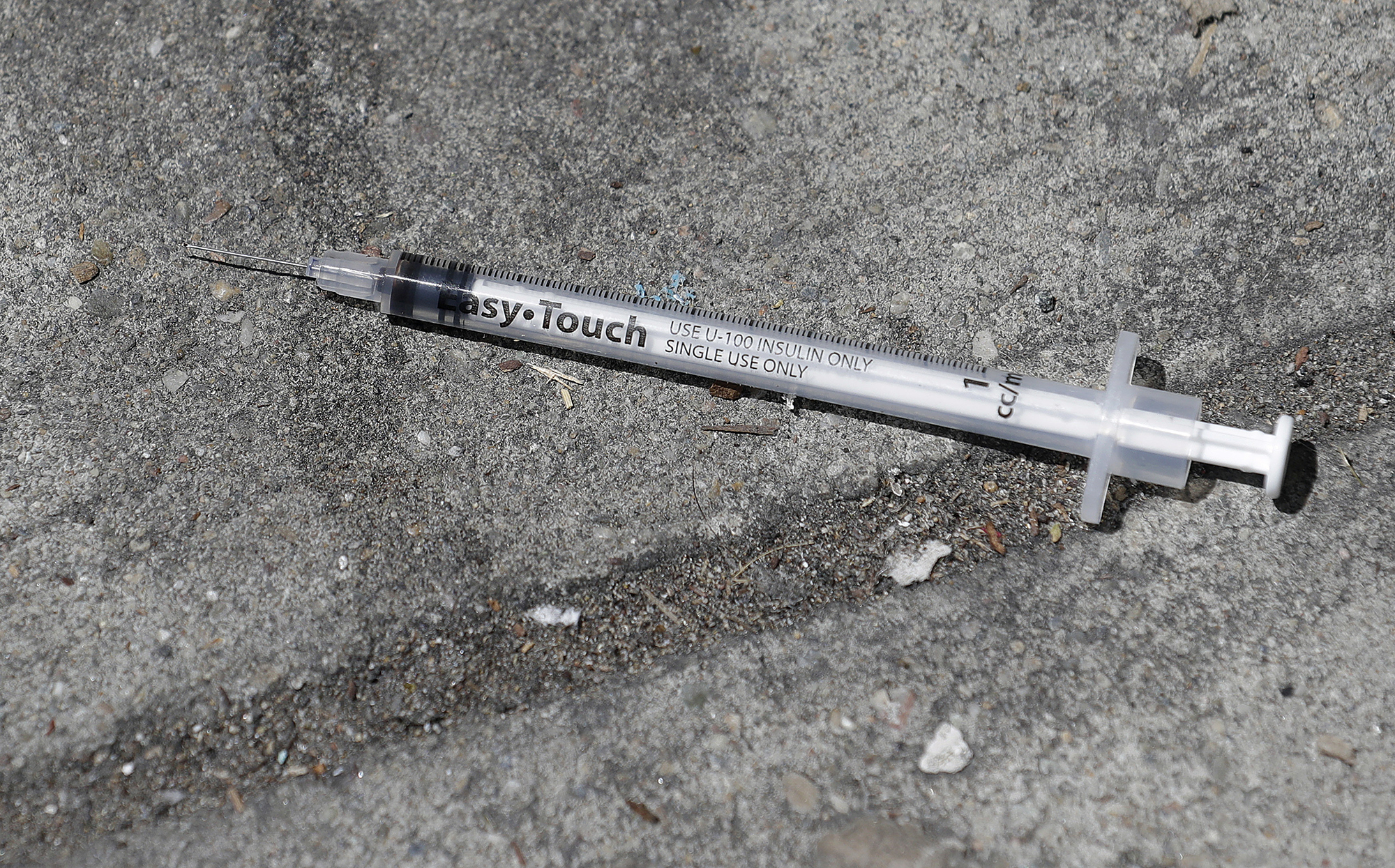 Washington currently jails people for drug violations, but the state's ACLU argues this doesn't solve the problem, only overcrowds jails, costing taxpayers millions in waste, and is asking voters to consider having police give users a citation or place them in rehab instead. (Jeff Chiu/AP)

Barring logistical hurdles posed by the coronavirus pandemic, advocates of criminal justice reform are pushing to effectively decriminalize drug possession for personal use in Washington state — from cocaine to heroin — through an initiative on the November ballot.

The initiative, which has yet to gather enough signatures to qualify, would halt arrests of individuals holding any drug for personal consumption. Drug possession would be considered a civil offense, and police officers would issue a mandatory referral to treatment, case management or job training services.

Filed as Initiative 1715, the measure would also open the door for individuals to vacate past drug offenses from their records. A similar measure will appear on the ballot in Oregon this November.

The proposals represent a dramatic step away from the punitive measures often associated with the so-called War on Drugs and would put Washington and Oregon into new territory. While Seattle and King County have established programs to reduce arrests for low-level drug use, the Washington initiative would broaden those patchwork approaches to the entire state.

In 2012, Washington, along with Colorado, became the first state to legalize possession of recreational marijuana, and many of the same faces who led that effort are spearheading this push as well.

“The essence of 1715 is to stop arresting and jailing people for substance use disorders,” said Alison Holcomb, political director of the American Civil Liberties Union of Washington, which is leading the campaign. Holcomb also wrote Initiative 502, which legalized pot.

“This is a public health issue. Let’s have the law say that," she said.

The initiative comes with an annual price tag of more than $135 million a year — plus initial administrative costs — that would go toward scaling up substance use treatment options and public education campaigns across the state. The money would come from excise taxes on marijuana sales — money that has been going into the state general fund for use by the Legislature.

Advocates of I-1715 argue that it’s a relatively small cost when compared with the state’s overall budget. But as Washington diverts every available resource toward coronavirus-related measures, competition for flexible funds is sure to be steep.

Holcomb says the roots of I-1715 date back a decade, when the ACLU of Washington hired someone specifically to research rolling back punitive drug laws. The campaign is already well-organized, with a 16-member steering committee. The group has completed polling across the state and conducted focus groups of swing voters, both of which look favorable for the measure, Holcomb said.

Now the campaign must reckon with the logistical challenges posed by the coronavirus. Organizers are desperate to run the measure this November, when the electorate is expected to be larger and more progressive. But questions remain about gathering enough signatures to get it on the ballot at all.

The deadline for filing is July 2. Holcomb said the campaign is budgeting roughly a month to gather signatures beginning in June — a slightly longer gathering period than would be typical on the assumption voters will be more hesitant to approach a canvasser. With so much unknown about how or when social distancing guidelines will be relaxed, Holcomb said organizers are planning as if they’ll move forward, but will continue to reexamine their options.

The proposed law change would have made a difference for Carmen Pacheco-Jones. Shortly after her 18th birthday and fresh out of the foster care system, Pacheco-Jones was arrested for shoplifting and was found with about $20 worth of heroin. As a legal adult, she was facing what was the first in a long series of struggles with substance use, incarceration and homelessness. Her drug record made it difficult to access housing or jobs and meant she wasn’t allowed to keep her children. She recalled detoxing in prison, unable to move.

“I ran into so many different barriers,” she said. “Barriers accessing housing, barriers to accessing jobs. I felt stuck and I cycled in and out of the judicial system for many years because of that lack of awareness of how do I personally liberate myself from these cycles?”

Pacheco-Jones said that what she needed was not incarceration, but treatment, which she eventually found. “Our judicial system is not one of rehabilitation, but one of violence and trauma and victimization,” she said.

She’s been clean for 20 years now, with a long history of working with universities in the state to promote mental health and suicide prevention. She said that, had police offered her treatment over jail, she could have perhaps kept her children and gotten earlier to the place she is now.

“I would have had the help that I needed,” she said.

Even as states across the country have liberalized marijuana laws, drug-related arrests have increased since 2015 after years of decline. In 2018, there were more than 1.6 million drug arrests in the U.S. — 86% of which were for possession.

The issue of drug arrests can be viewed along starkly racial lines; a disproportionate number of the arrests are of Black Americans. “This is really the way that we’ve continued the pre-civil rights discriminatory policies against Black people and people of color,” Holcomb said of harsh drug sentences.

Despite shifts in public opinion, efforts to decriminalize harder drugs have unfolded haltingly. An Idaho legislator introduced a bill this year, but had no expectations it would pass. Oregon voters will vote on a decriminalization measure this November.

The most widespread program is perhaps the Law Enforcement Assisted Diversion program, which was born in Seattle and has since moved across the country. Under that program, police refer drug users — and other low-level offenders — for services rather than arrest.

But that program exists in a limited capacity; even within Seattle, only certain police beats use it regularly.

“We already have channels to help people address their addictions or substance use disorders,” said Keith Blocker, deputy mayor of Tacoma and member of I-1715’s steering committee and whose own family has a history of substance use struggles. “What we’re saying is we need to formalize this and be more intentional about it and make sure it works for everybody and not just certain aspects of our community.”

Les Liggins, a retired Seattle police captain and former commander of the department’s narcotics unit, said his job would have had fewer stories of “death and destruction,” if his options had been broader.

“If I had something like treatment first when I was working in law enforcement, I could have talked to and given people on the street access or a way to get help when they came to me and asked for it,” he said.

The only option was to arrest people for drug possession and lock them up. “It didn’t work and it still doesn’t work,” Leggins said.

Unlike marijuana legalization, which had near unanimous support among the 2020 field of Democrats vying to be president, decriminalizing possession of drugs like heroin has not entered the mainstream quite as forcefully. Even Sen. Bernie Sanders said he was “not there yet” on drug decriminalization.

Steven Strachan, executive director of the Washington Association of Sheriffs and Police Chiefs, said in an email, "We’ve opposed similar bills in the Legislature, but our efforts recently have focused on COVID and we haven’t reviewed I-1715."

In response to the short-lived Idaho proposal, the Idaho Fraternal Order of Police, Idaho Chiefs of Police Association, Idaho Prosecuting Attorneys Association and the Idaho Sheriffs Association all came out forcefully against decriminalization.

If approved, the decriminalization would take effect in December 2022, giving state regulatory bodies time to craft rules and standards for what constitutes “personal use amounts” of controlled substances. Anyone who had been previously convicted of a crime related to drug possession could apply to have it vacated.

In response to the coronavirus, the Washington Secretary of State’s Office has so far not offered any major amendments to the signature-gathering process for initiatives. The ACLU's Holcomb said organizers are considering litigation to allow for collecting signatures electronically.

But in a statement, Assistant Secretary of State Mark Neary said, “We rely on the wet signature as a security control that helps us ensure the registered voter is the one that placed their signature on the petition form.” 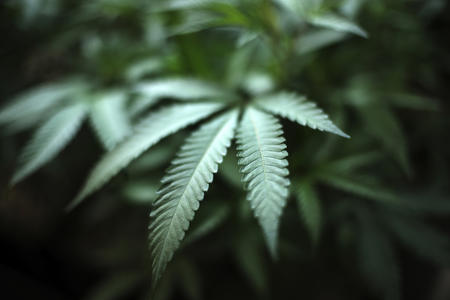 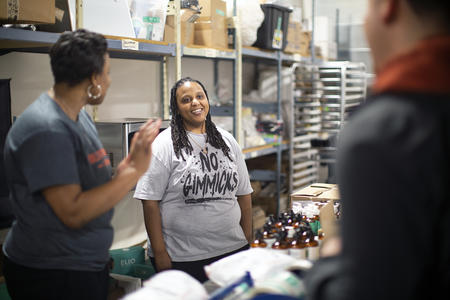 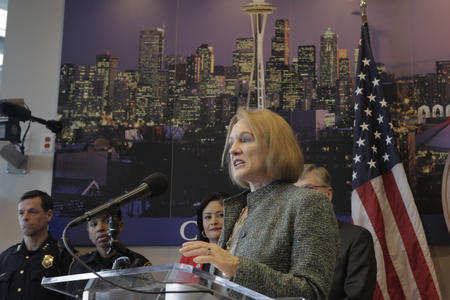 Sessions intends to allow federal prosecutors in states where marijuana is legal to decide how aggressively to prosecute marijuana-related cases.

by / January 4
Article continues below

Sessions intends to allow federal prosecutors in states where marijuana is legal to decide how aggressively to prosecute marijuana-related cases.