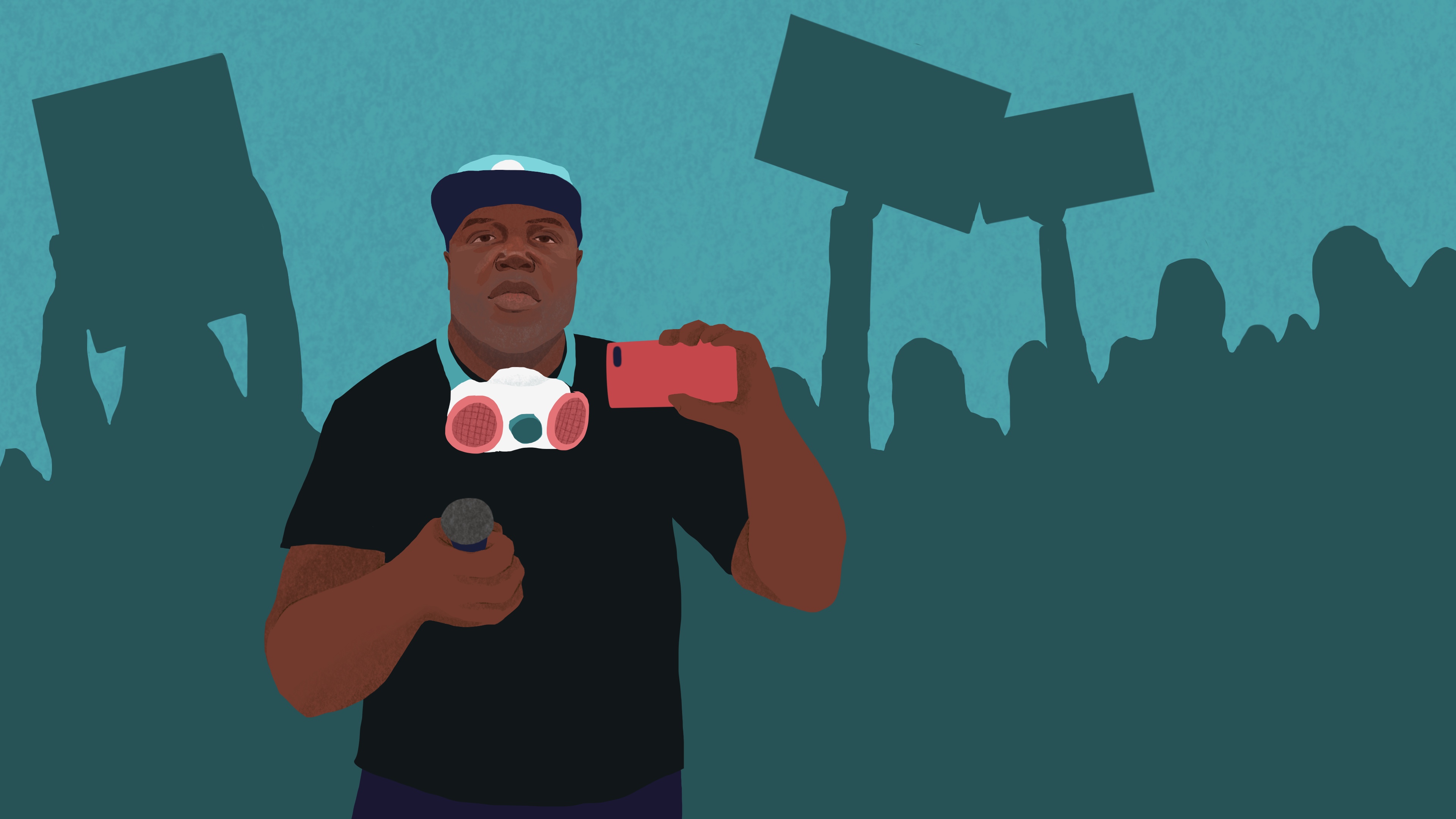 During the protests this summer two things became clear: Black media is a vital resource and must be protected, writes Omari Salisbury. (Valerie Niemeyer)

As the owner and operator of Converge Media, I have spent five months and counting covering the Seattle protests. My team started on May 29 with the Friday night protest that ended up in Chinatown-International District, and we continued through the downtown protest, the Western Barricade, CHAZ, CHOP and everything since. I have also covered City Hall’s response to the protests, from speeches to legislation and now implementation. Basically, Converge Media has been busy.

One of the biggest takeaways from my time covering the protests is that it exposed a leadership gap in our city. Now, of course, protesters have their leaders and City Hall has theirs. What I mean is that no leaders emerged that both sides trusted and that could work to bridge the gap between the two. During the Western Barricade, CHAZ and CHOP, I personally made a call daily — on livestreams from the protests, as well as in media interviews and the Converge Media blog — for leaders to make themselves present. It was a critical time for those who wanted to see a better Emerald City emerge. Unfortunately, they never did. A massive opportunity was lost and the trust divide widened.

Driving this lack of trust were entrenched and dedicated spin doctors on both sides of the protest issue. Each was ready to pounce on anything that would further enforce their ideology or agenda, often resulting in sensationalized or disingenuous reporting about what was actually occurring in our city.

Making the matter worse is that far too many people in our city aren’t willing to look beyond their usual news sources to dig deeper into these very important issues. This is a troubling reality around many problems, but it’s worse when the issue is one that directly impacts Seattle’s Black community, which is underrepresented in our city’s mainstream news, as well as in national outlets.

A generation ago, Seattle saw a heyday of Black media with bustling newspapers like The Facts and the Seattle Medium as the go-to news sources for Seattle’s Black community. Seattle politicians, policy makers, community leaders and even celebrities knew they needed to make the Black media rounds. However, over the years, as the number of Black people in Seattle declined due to systemic racism and gentrification, so has the power and potency of Black media. For some time, City Hall and even community leaders no longer felt they needed to speak to Black media.

But there is a new hope. News sources that can provide this perspective still exist. In fact, Seattle is one of the few cities in America where legacy Black media is still alive, in the form of both the Seattle Medium and The Facts, as well as KRIZ and KZIZ, and where newer Black media ventures like Converge, the South Seattle Emerald and Rainier Avenue Radio continue to grow and thrive.

All of these outlets have helped readers and viewers understand this summer of unrest, but even after the massive protests have ended, our work has continued.

The other day, Converge Media hosted a Gun Violence Roundtable. It was a three-hour live virtual event that made space for those who are working on the front line of this issue, including interim Seattle Police Chief Adrian Diaz, advocates and the families of victims. The roundtable was viewed live by thousands of community members, as well as those in City Hall and the Seattle Police Department.

Afterward, a very good friend who works at one of the larger TV stations in the city reached out and asked if there was anything newsworthy from the discussion. I explained all of the things shared by grieving parents and what community members had to say about what we call the “gun violence pandemic.” I told him about the insights that community members who are on the front line, as well as Diaz, offered, and the prospects for keeping the conversation going, including more discussions we have scheduled to focus on solutions. I tried to explain that this is a big deal for households in the Central District and south end of Seattle that have been ravaged by murders in 2020 and during so many years before.

He was thankful that I took the time to summarize the evening and appreciated my efforts to bring discussion around this very important issue, but he also said that it was not news, at least not for people who watch his station. It is times like this that I am thankful for our Black media outlets because what is big news for us is usually not big news for them.

Nothing against other media or my friend. We all play our role in this news ecosystem, but the Black community does itself a disservice if it thinks that mainstream media will ever cover our issues and concerns the way community media can on a consistent basis. Big media was not created to focus on Black issues. Black media was. We have to remember that if the media in Seattle or nationally had a history of covering Black issues, there would have never been a need for Black media.

I hope our work will lead to a better Black community in Seattle. It is why a heightened level of caring goes into everything we do, and we look for every opportunity to tell better and more important stories about our community.

Converge Media is thankful for the audience that we have gained beyond Seattle’s Central District and south end. Right now our daily core audience extends across our city and encompasses not only Seattle, but also Tacoma and Everett. We are also thankful for our considerable national and international viewers and readers.

This crossover viewer and readership means that the news and information that we are broadcasting to our community has value well beyond it. However, there are dangers that come with this success. Converge now receives a lot of feedback from people outside of our community who feel they know best the news and information that Black people should consume.

I was surprised and a little shocked by the negative feedback I received after tweeting video excerpts from my interview with Andre Taylor, Seattle’s new “Street Czar.” The backlash was from white liberals. It was disappointing, but not surprising. The majority of comments were that Converge Media was “platforming” Taylor and that we should not be giving him an opportunity to speak. I am known for my positive and sunny disposition, but that day, I thought it was important to call things out and highlight a larger problem here in Seattle.

This was not the first or last time that the left wanted to censor our content, thinking that they know what’s best for Black people. This is just one example why Black media in Seattle is more important than ever to ensure that news and information important to our community are never reduced, marginalized or censored based on the value system of those who do not live in, nor are a part of, our community.

During the protests this summer two things became clear to me: Black media is a vital resource and must be protected.

Converge Media was one of the few independent lenses on the ground that had full access to the protesters during the Capitol Hill Occupied Protest this summer. That put Converge Media in a unique position of spending hours daily communicating with other local, national and international news agencies seeking the latest credible information. Being in this position heightened my sense of personal and professional responsibility because Converge Media was no longer just reporting to Seattle’s Black community. We were now reporting to the world.

We turned down media opportunities on national television because we knew that there was a predetermined narrative that the show host was seeking for us. We also thought that it was our responsibility to do no harm to the process; the city was already divided enough without my going on national TV to reinforce one narrative or another.

What was apparent to me early on was that Converge Media was not only a media platform but also an honest broker that protesters and city officials alike felt that they could speak with. We were an outlet they could trust to build bridges between each other. When city officials like Fire Chief Harold Scoggins would meet with protesters, both he and the protesters wanted Converge in the room. This middle ground is a space that Converge Media has continued to occupy over the past few weeks, as we have facilitated critical discussions between KCEN and Mayor Jenny Durkan, as well as Chief Diaz and community members working to halt gun violence.

What this moment has highlighted to me is that on-the-ground, independent reporting is more important than ever. We need trusted media outlets that just call it as they see it.

What I also discovered was that in a city where Black people make up less than 10% of the population, tens of thousands of people who do not look like me or share a similar life journey not only tuned into the Converge platform, but have also supported Converge in one way or another. For me this reinforces that, as polarized as people may seem in the Emerald City, most of us are just regular people without hardened agendas who just want to see and hear the truth, and who are hoping for a better tomorrow.

Read more in our series on democracy in Washington state 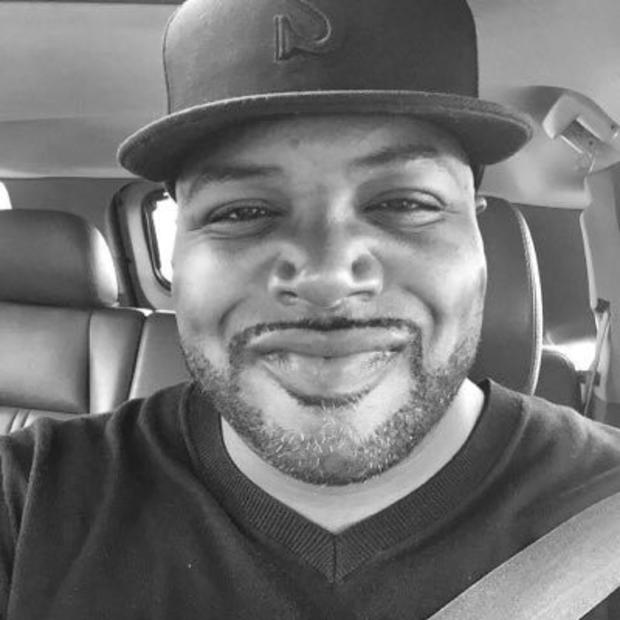 Omari Salisbury is the founder of Converge Media.