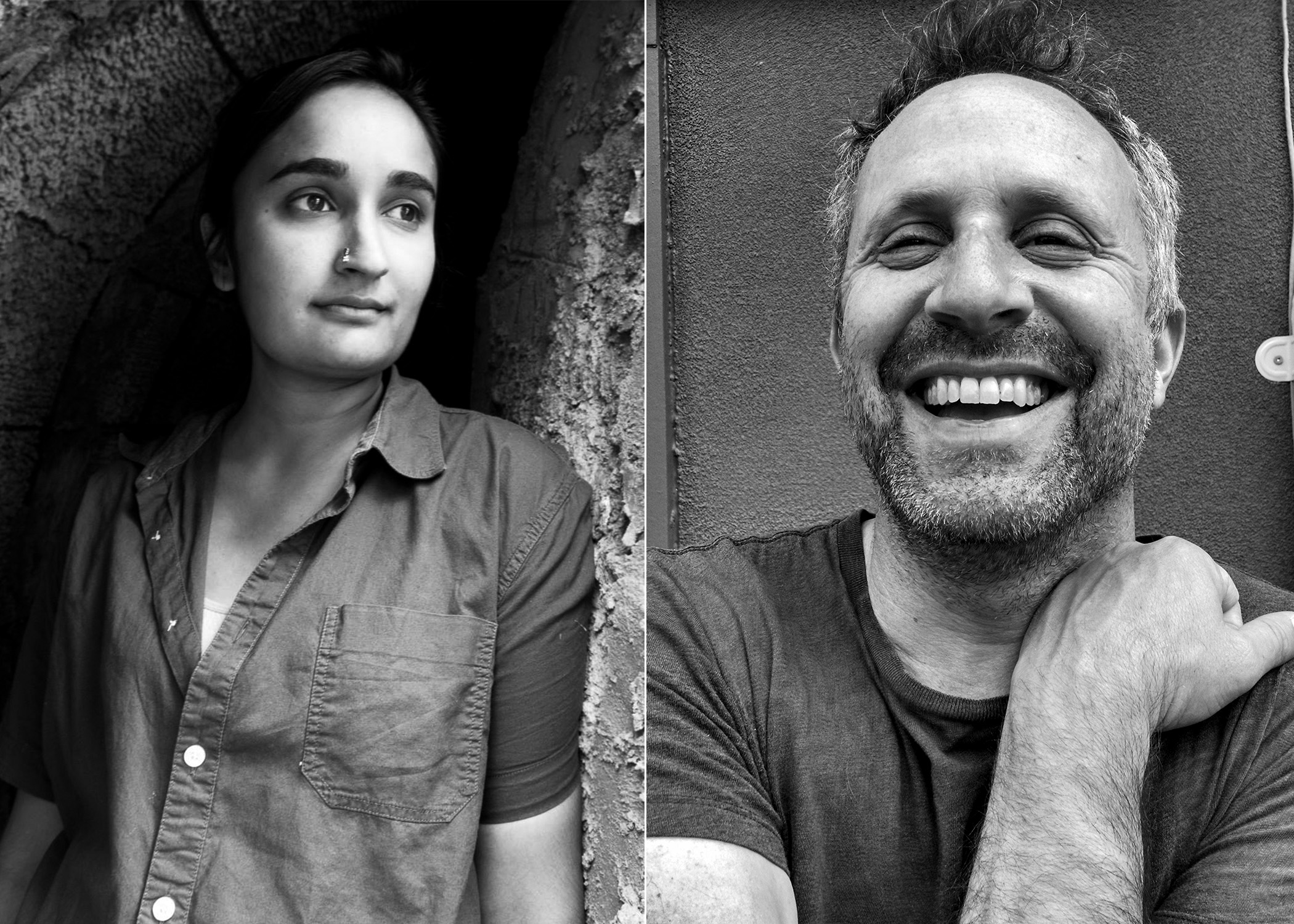 On March 1, two Seattle artists made a daring move: They launched a new arts journal. In a world of dwindling arts writing and publications, Satpreet Kahlon and Matthew Offenbacher hoped to inject fresh energy into the Pacific Northwest art scene by way of New Archives, an online publication for critical arts writing.

That same afternoon, Seattle and King County announced that a second person had died of the coronavirus at EvergreenHealth hospital in Kirkland (it was the second coronavirus death in the country at the time), plus four new cases locally. Soon after, museums and galleries in Seattle started closing. And then, Kahlon got very sick. In spite of a negative test result, her doctor said to presume her illness was COVID-19.

Almost immediately after launching, New Archives was forced into a hiatus.

Confined to her couch by a raging fever, Kahlon saw googly eyes, bright colors and squiggly spaghetti strands. These weren’t figments of a sweaty delirium. They were visual details of the two mixed-media collages on her wall, one by Tacoma-based artist Tyrone Patkoski, the other by Daybreak Star preschool students. Amid the throes of her illness, the images sparked an idea: Instead of soliciting writing about art on gallery walls, she would ask people to critique the art in their home.

“I’ve been wondering,” Kahlon wrote in a New Archives' post in early May, “what art you’ve been looking at.” The post included an open call for submissions. “Morning after morning, long solitary day after long solitary day. What piece catches your eye when you wake up, or wait for your coffee to be ready — what piece in the background do folks ask about in your Zoom meetings?”

We might be confined to our personal spaces under the stay-at-home order, but we’re still experiencing art, Kahlon told me while sitting on her porch during a recent Zoom call. She was finally starting to feel a bit better. “Everyone's talking about how much TV and music we're consuming [in isolation],” she said. “But then there's this art on our walls that we're also spending so much time with in a different way than we ever anticipated.” 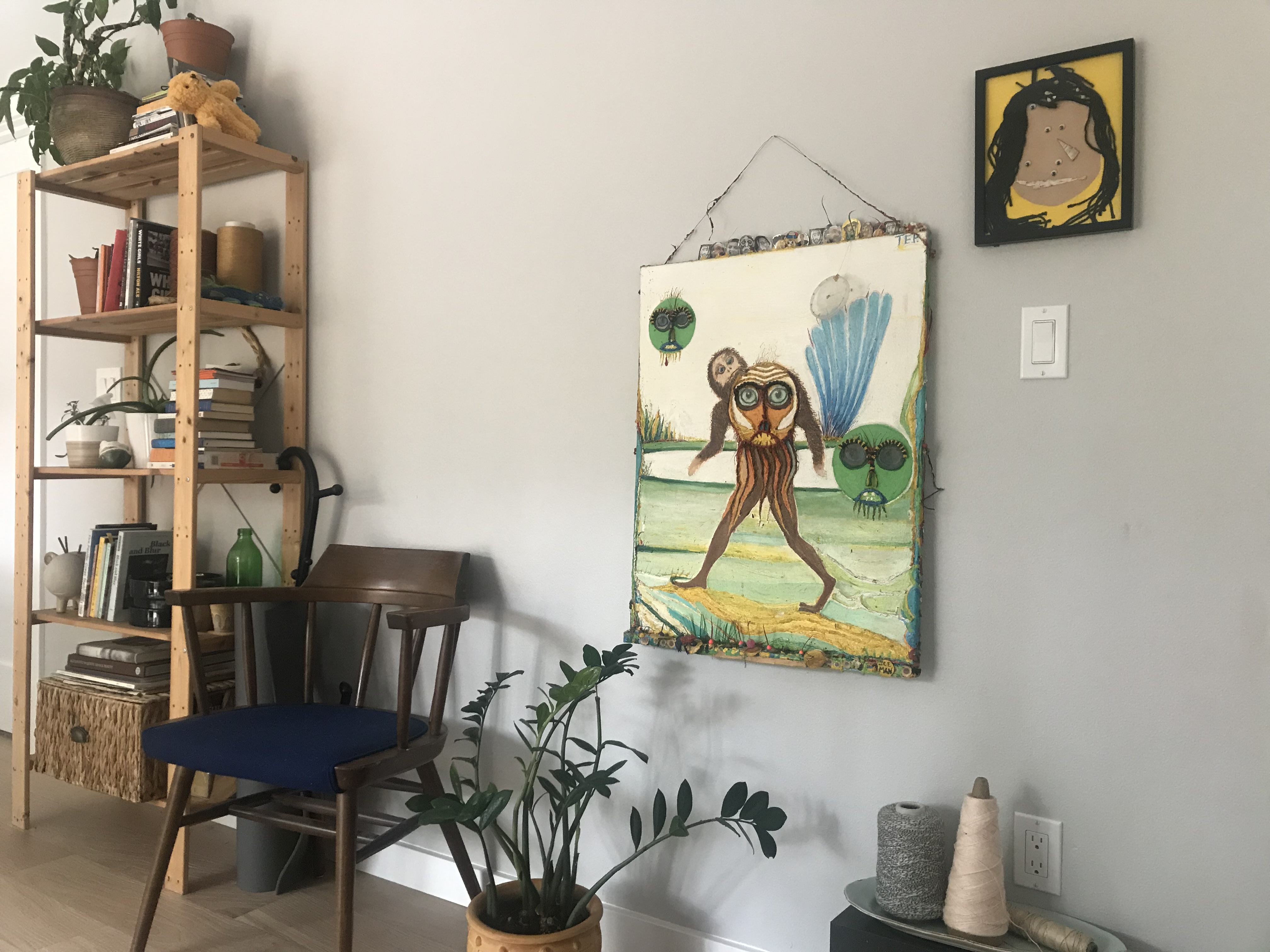 Two mixed-media collages, one by Tacoma-based artist Tyrone Patkoski (at left), the other by Daybreak Star preschool students, gave Satpreet Kahlon a new idea: during the stay-at-home order, ask people to review the art on their own walls. (Satpreet Kahlon)

Two mixed-media collages, one by Tacoma-based artist Tyrone Patkoski (at left), the other by Daybreak Star preschool students, gave Satpreet Kahlon a new idea: during the stay-at-home order, ask people to review the art on their own walls. (Satpreet Kahlon)

So much about our lives now is different from what we’d anticipated.

Forever ago, on a brisk February afternoon, I met up with Kahlon and Offenbacher in Columbia City to talk about their new publishing venture ahead of its launch. We had no idea that we would soon measure the time in B.C. (Before Coronavirus) and C.E. (Coronavirus Era). The interview might as well have happened in another world, one where we could still jam in around a smallish table, leaning close to hear each other over the babble and clatter bouncing around the bustling Columbia City Bakery.

“An artwork or art show is one half of a conversation,” Kahlon said then. Without enough outlets for arts writing, “there’s no call and response. It’s just a call and then emptiness.”

Over the background noise in the cafe, Kahlon, the journal’s managing editor, and Offenbacher, fundraiser and publisher, described how New Archives would try to provide the response. Its basic tenets: essays, artist interviews and critiques would be infused with a highly personal perspective, and writers would be paid above industry standards — $300, whether they wrote three or 10 paragraphs.

In February, things were looking up. They had raised about $25,000, roughly half of the budget needed to operate throughout 2020. The funding came from local philanthropists, including Seattle art collectors Janice Niemi and Dennis Braddock, and Charlie Wright, publisher of local independent poetry press Wave Books, as well as art foundation Western Bridge. Everything was ready to go. Kahlon had a large color-coded Excel sheet with detailed publishing plans all the way through August. 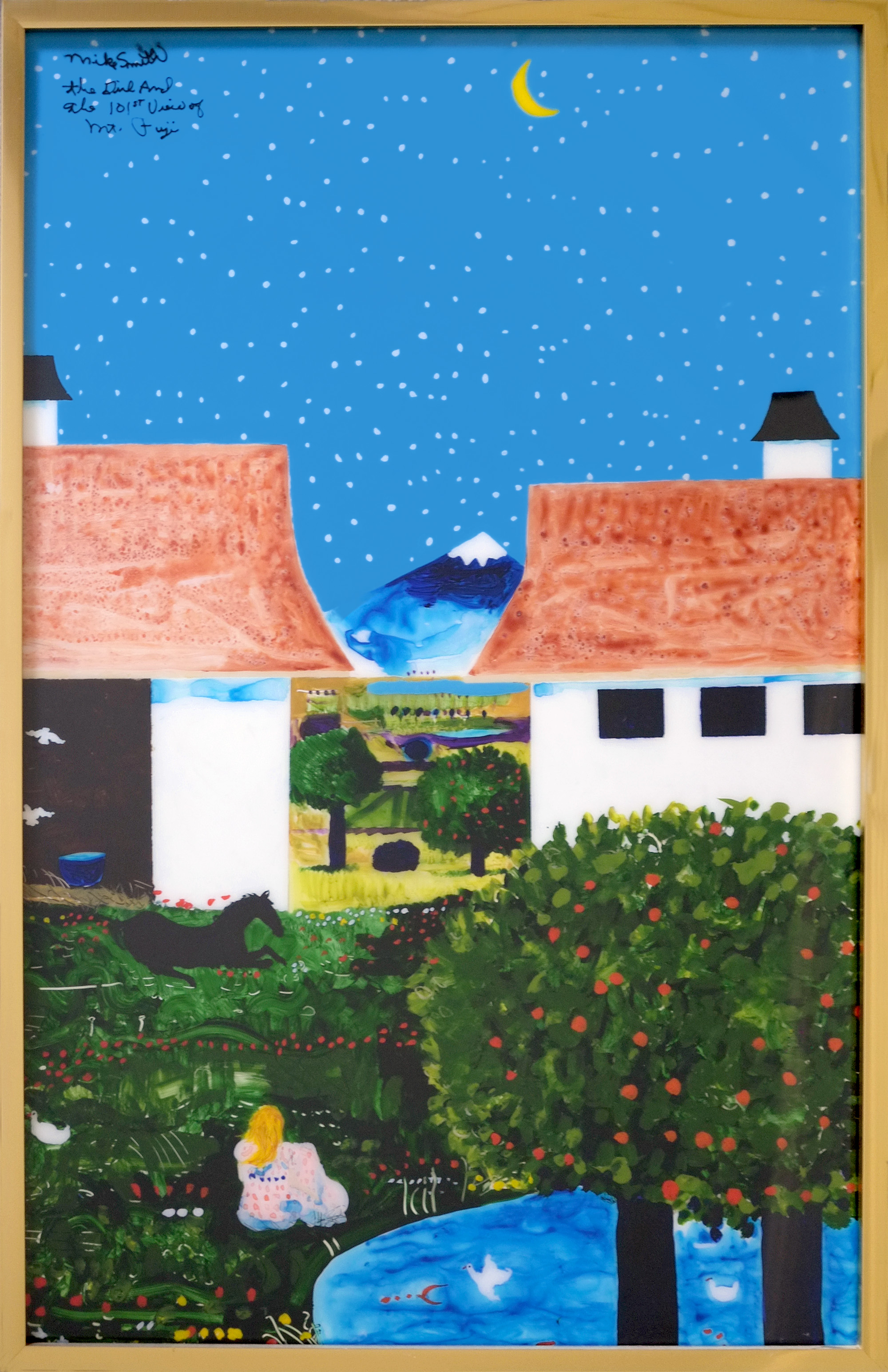 "Teenage me saw ‘The Girl’ frequently in the entryway of my partner’s childhood home," writes Matthew Offenbacher about Mike Smith's acrylic-on-plexiglass painting 'The Girl and the 101st View of Mt. Fuji' (1981). "Now, I see it every day because it hangs in our living room." (Matthew Offenbacher)

"Teenage me saw ‘The Girl’ frequently in the entryway of my partner’s childhood home," writes Matthew Offenbacher about Mike Smith's acrylic-on-plexiglass painting 'The Girl and the 101st View of Mt. Fuji' (1981). "Now, I see it every day because it hangs in our living room." (Matthew Offenbacher)

In early May, the new New Archives began accepting submissions for a revised content plan: the Art at Home series. “The subject should just be an artwork (defined very, very loosely) you have been sharing your quarantine time with,” the website prompts, “one that inspires you to write something, whatever that something may be.”

A recent entry, by Beleszove Wildish Josivu Foldlanya, chronicles the writer’s love at first sight upon finding a piece of needlework depicting red and orange flowers “crumpled up in the bottom of a cardboard box at a free sale.”

“When I became homeless, I couldn’t take much with me, least of all, large pieces of art,” Foldlanya writes about a previous period of living without a fixed address. “So this wool-threaded artwork is also a security blanket: a sign that, for now, I still have a roof over my head and a wall to hang a picture.”

One of the earliest Art at Home reviews is by Tom Eykemans, co-founder of the Seattle Art Book Fair (the inaugural edition of which was postponed by the coronavirus). Eykemans writes about a tiny but mighty painting of a stormy sky by Abraham Murley, which he purchased at the University of Washington School of Art student sale. “The rose-tinted colors of clouds at sunset hint that a dark storm is passing,” he writes, “and better days are ahead.”

For New Archives, the days ahead are still a mystery. Kahlon is ramping up the publishing schedule, with two to three posts a week, including reviews written before the pandemic, a new column answering questions about equity in the art world and a weekly installment of Art at Home.

Plans for paid gallery-show reviews may have been temporarily postponed, but writers will still be paid for Art at Home pieces, on a sliding scale, according to need. “[It’s] our way of getting money into people’s hands without putting too much pressure on them,” Kahlon says. “We only have $20,000 and that's not a ton of money, but it feels like enough that we can get $150 into the hands of 100 people. Focusing on direct action rather than our own survival is really important to us.”

Offenbacher doesn’t know whether he’ll be able to raise the rest of the year’s budget in the coming months, and no one knows what the future holds in terms of when museum and gallery shows will resume. In the meantime, New Archives will still function as an archive, just not quite the one Kahlon and Offenbacher originally imagined. Instead, it’ll serve as a new kind of archive, capturing the peculiarities of living up close with art, seeing it constantly and maybe anew — all while the pandemic wreaks havoc on the art world outside our homes.

“There's a real need for art writing, and to be talking about what's happening,” Offenbacher says, “whatever form the community takes as it rebuilds.” 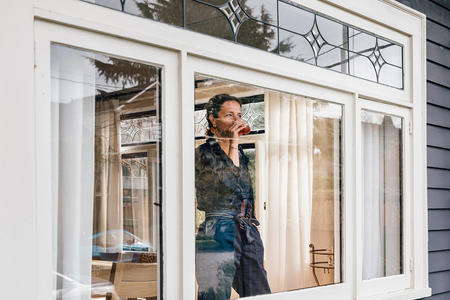