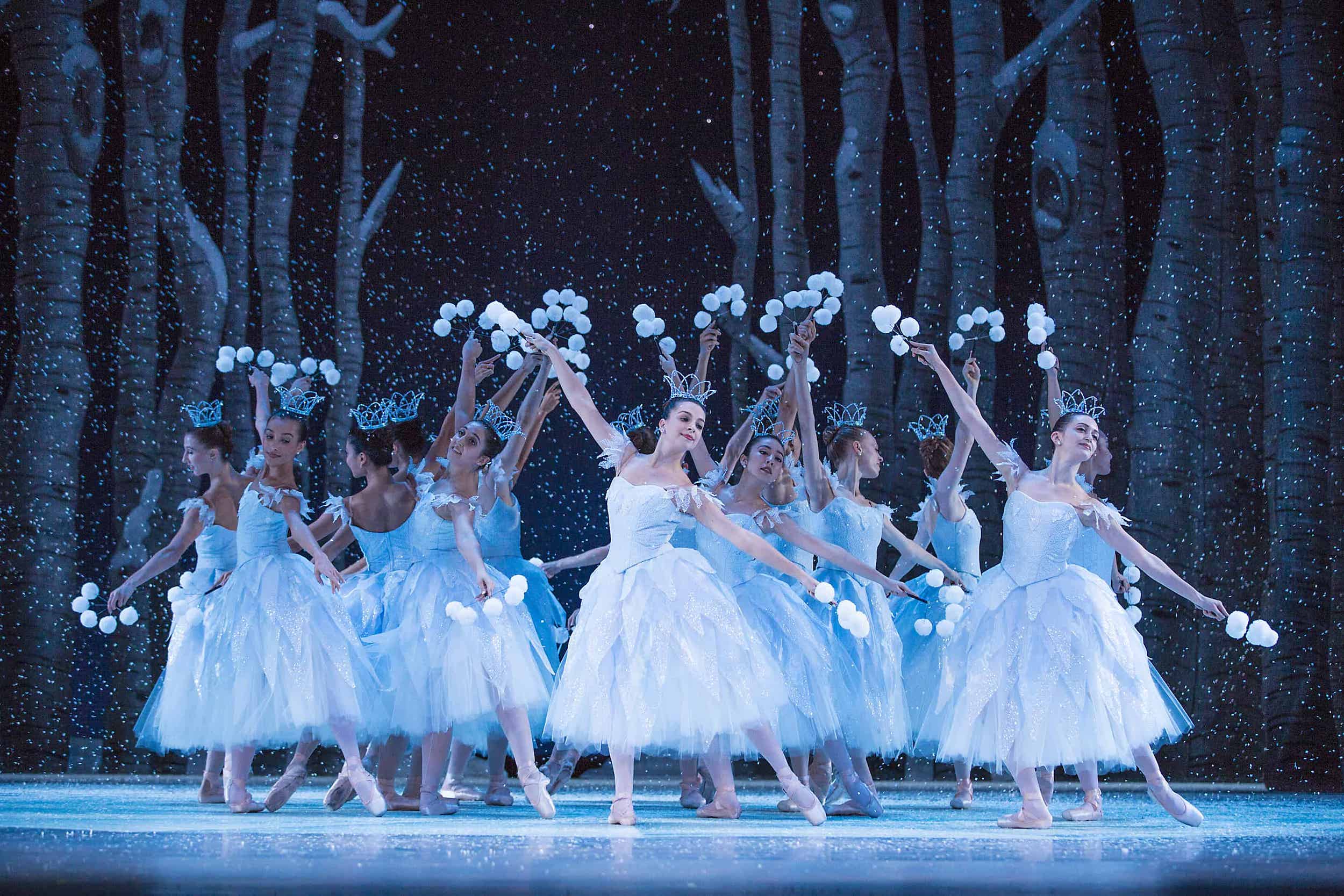 In this pandemic year, Pacific Northwest Ballet will stream an archived version of ‘The Nutcracker,’ featuring the perennially pretty Waltz of the Snowflakes. (Angela Sterling)

Aside from some pretty great puppet shows, George Balanchine’s The Nutcracker was my first performing arts experience. It was the 1970s, when I was a first grader and my family lived in the Washington Heights neighborhood of New York City. My parents were young and money was tight, but somehow my mother scored two free tickets to see the New York City Ballet perform the holiday classic at Lincoln Center.

I’d never been in a place so grand or imagined anything so magnificent. The “Waltz of the Snowflakes”! The scary rat soldiers! The huge swells of orchestral music! And that magic moment when the Christmas tree on stage grows to more than 40 feet tall — hearing that section of Tchaikovsky’s score today remains a visceral experience I can’t fully explain, some somatic recall of that moment inside the theater.

I suspect all of my arts going since has been an attempt to get back into that seat, to that sensation of being a small body, gobsmacked and transported. 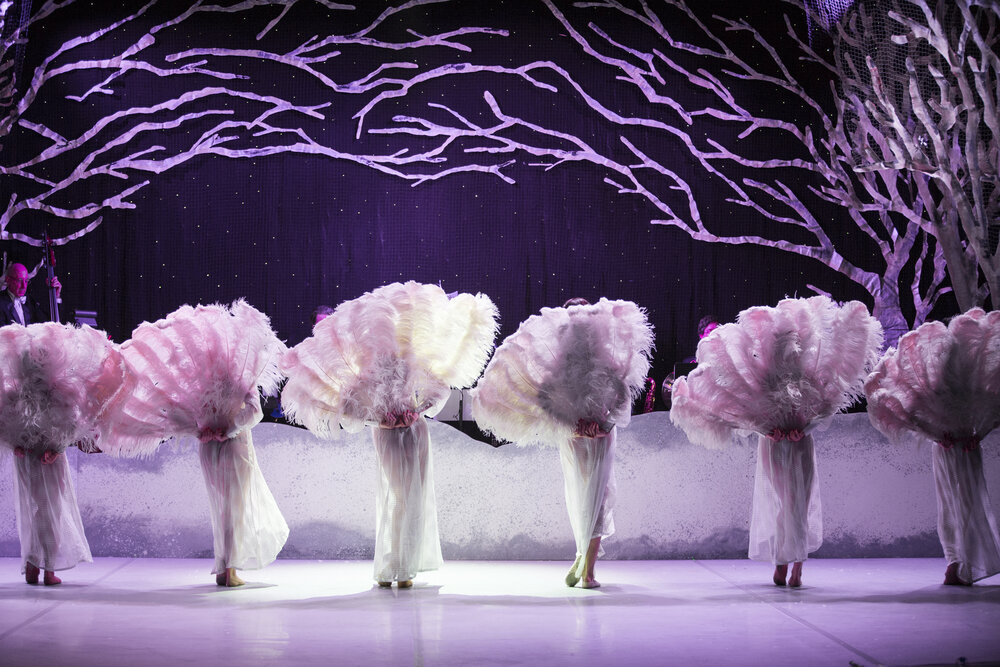 'Land of the Sweets: The Burlesque Nutcracker' offers a Rated R take on the classic. (Verlaine and McCann)

'Land of the Sweets: The Burlesque Nutcracker' offers a Rated R take on the classic. (Verlaine and McCann)

There are ample opportunities to have your own Nutcracker experience this year, be it nostalgic or novel. And while the screen is no replacement for a live show, it can provide a dose of cheer, and also support the arts organizations that depend on holiday shows for a big chunk of income.

Legendary Seattle choreographer Donald Byrd is updating his beloved Harlem Nutcracker with Spectrum Dance Theater, in preparation for a revamped show in 2022 (filmed performance of Workshop II streaming Dec. 11-13, $20). Sadly, the popular Buttcracker Suites show has staged its “last thrust,” but bawdy local bonbon Land of the Sweets: The Burlesque Nutcracker has a cinematic cut of its stage show ($18.75) featuring naked butts and shaking sugarplums.

And, lo, you can even stream the New York City Ballet’s Nutcracker in a recorded performance from Lincoln Center (Dec. 11-Jan. 3, $25). 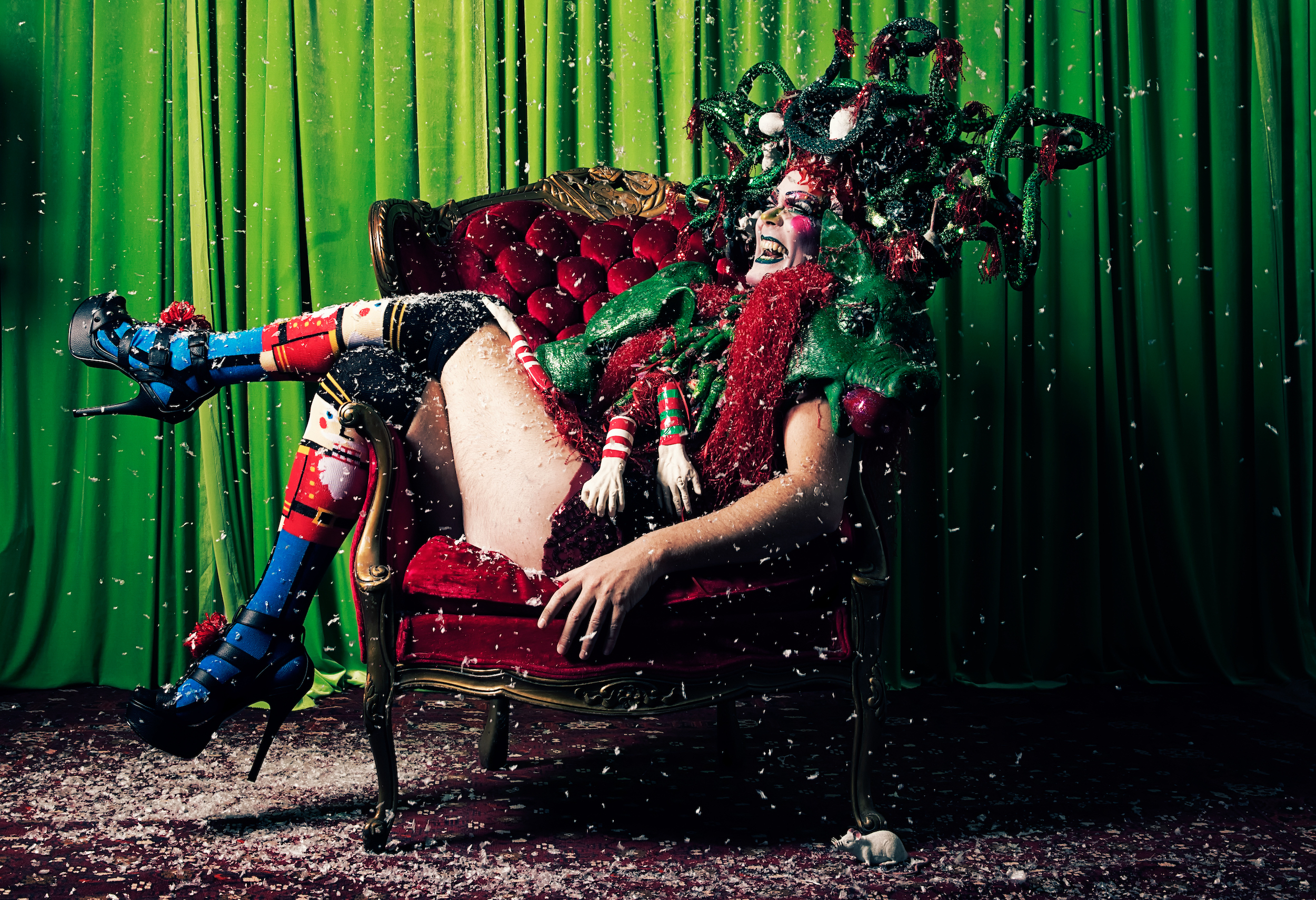 Understandably, Christmas isn’t everyone’s favorite holiday (Happy Hanukkah to those lighting the menorah tonight!). It can be especially oppressive to those for whom the holiday is a reminder that families aren’t always as loving and accepting as those portrayed in commercials. That’s where alternative, irreverent takes on Xmas come in — traditions born of outcasts and nonconformists, shared with chosen families.

My favorite of these is the incomparable Dina Martina, the Seattle drag phenom most often described as indescribable. I’ve attended various of her holiday variety shows since the early 1990s, each somehow stranger than the last. With smeared lipstick, ill-fitting festive wear and that unplaceable accent, she is a one-woman Polar Express gone completely off the rails, yet still sparkling gamely from the snowbank. Her hilarity is imbued with a poignancy that comes from the human instinct to muddle through. She’ll do her singing and fireside chatting via streaming this year (Dec. 11-24, $22.50).

Also most certainly worth a jingle jangle: a special one-night-only livestream performance of Taylor Mac’s Holiday Sauce … Pandemic! via On the Boards (Dec. 12, 7 p.m. $15-$55). Another drag performer who takes the art form in a whole new direction, this MacArthur genius and Ibsen Award winner uses song, dance, film, burlesque and an extreme distaste for consumerist Christmas crap to send a message that “creativity and imagination are their own spirituality.”

And there are plenty more streaming packages under the tree, including Café Nordo’s Christmas of the Corn, an online radio play that comes with “room service” in the form of a box of interactive goodies delivered right to your door; Jingle All the Gay, a “Very Virtual Queerantine Christmas” edition of the irreverent and naughty stage show; and Scott Shoemaker’s War on Christmas, a musical play that investigates who exactly has it out for the holiday, featuring both comedy and partial nudity. 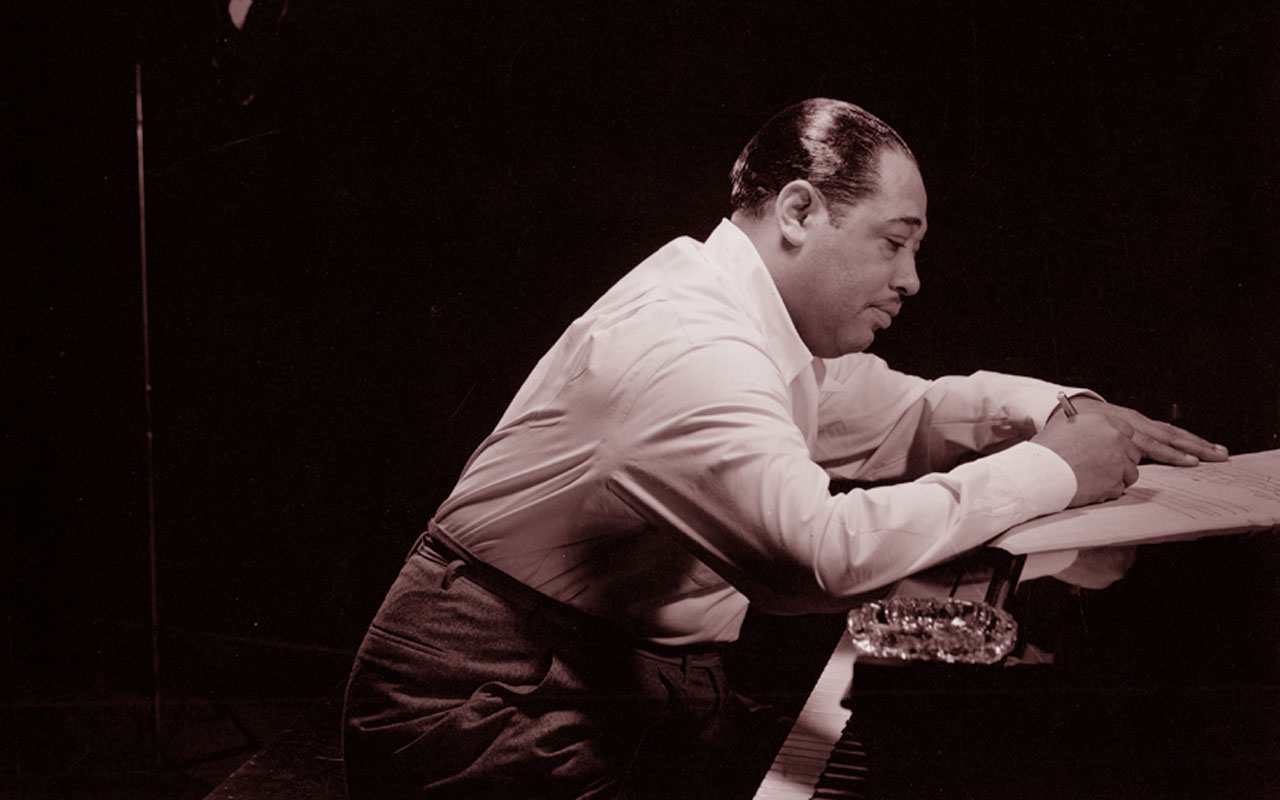 I’ll admit I’m a sucker for holiday music — I’ve already played Tchaikovsky’s Nutcracker so many times my husband has asked kindly for a reprieve. But I also love the carols and traditional songs, maybe especially since they pop up only for a month, then return to the vault. (OK, yes, I could live without ever hearing “Jingle Bells” again.)

Seattle Men’s Chorus is known for its festive “Holiday Special,” and this year’s online version (now through Dec. 31) is impressive for both its beautiful blend of voices and the video editing wizardry that brings them all together. Most singers have telltale earpiece wires dangling from their ears like ornaments, but you hardly notice thanks to the zhuzhed up graphics and charming hostess Nina West. (Is it specific to Seattle or have drag queens always been a close second to Santa as far as Christmas icons?)

Finally, there is the irresistible pleasure of A Charlie Brown Christmas, specifically Vince Guaraldi’s classic score (also in heavy rotation at my house). Seattle pianist Jose Gonzales is known for his holiday performances of the soundtrack, hosted by the Strawberry Theatre Workshop. This year the concert will stream live on Strawshop’s Facebook page (Dec. 13, 7 p.m. Free). In this most isolated of holiday seasons, maybe we can take some solace in the familiar, in nostalgia, in those chords that instantly transport us to a happy memory, curled at the edges but no less striking. 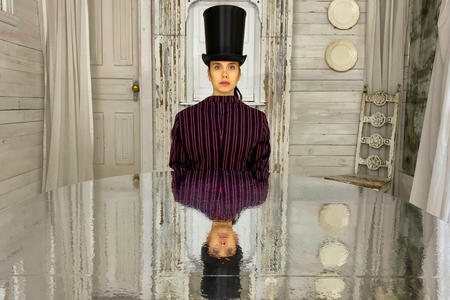