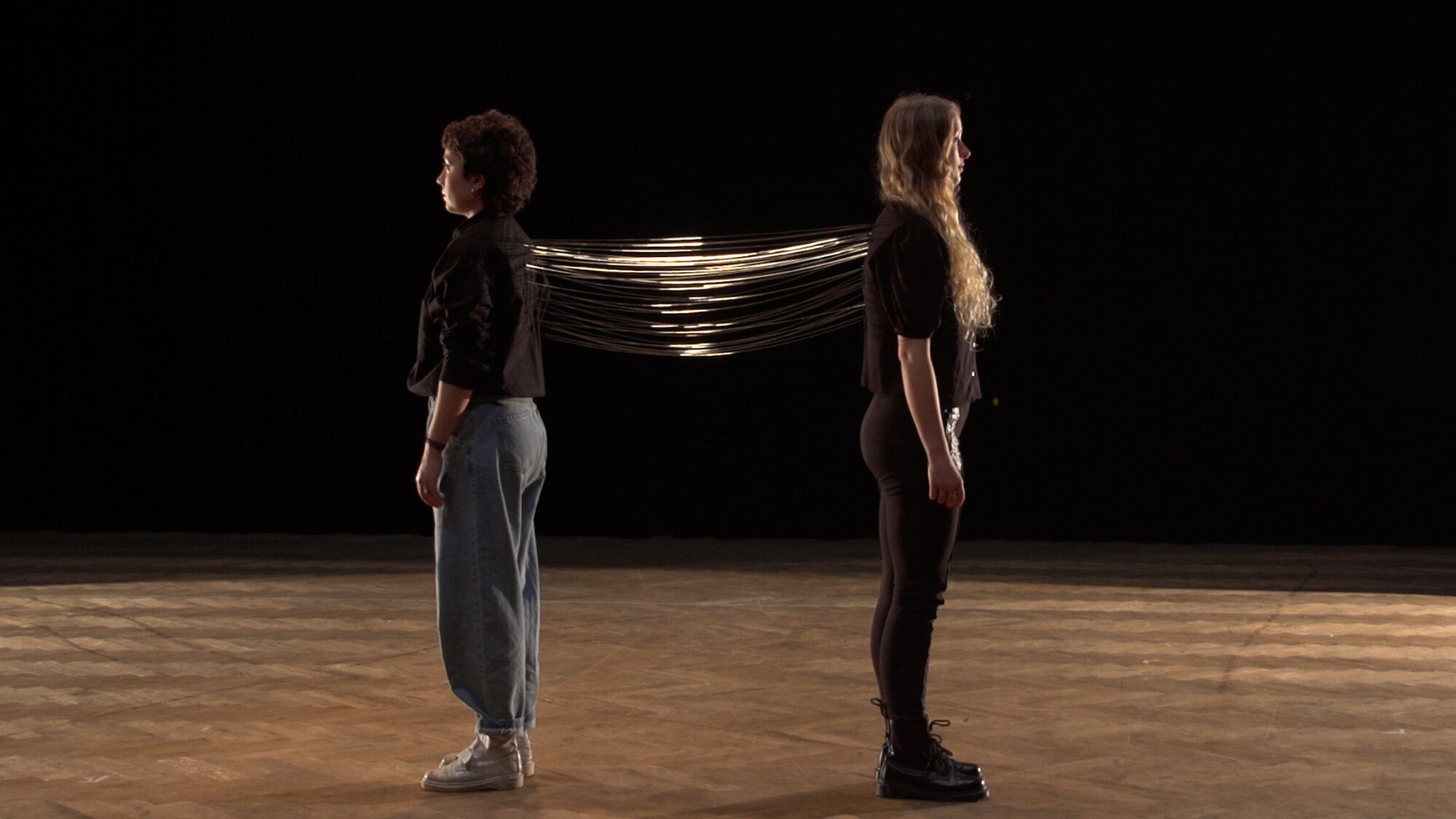 In the duet “4 Feet Apart,” by Seattle-based glass/performance artist Anna Mlasowsky, two dancers stand back to back, a few steps away from each other. Their shirts are physically connected by 30 or so thin strands of clear glass (an image that conjures porcupines conjoined at the quills). The dancers appear perplexed by their circumstances. Reaching backward slowly, they try to grasp each other’s hands but are thwarted by the stiff glass suspended between them.

“Welp, here we are,” I thought, watching the 20-minute video at Bellevue Arts Museum this past weekend. The piece was created before the pandemic, but with coronavirus numbers on the rise, the physical representation of staying painfully apart feels uncanny. Also relevant: the sense of brittle tension, which looms large in this unsettled post-election period. 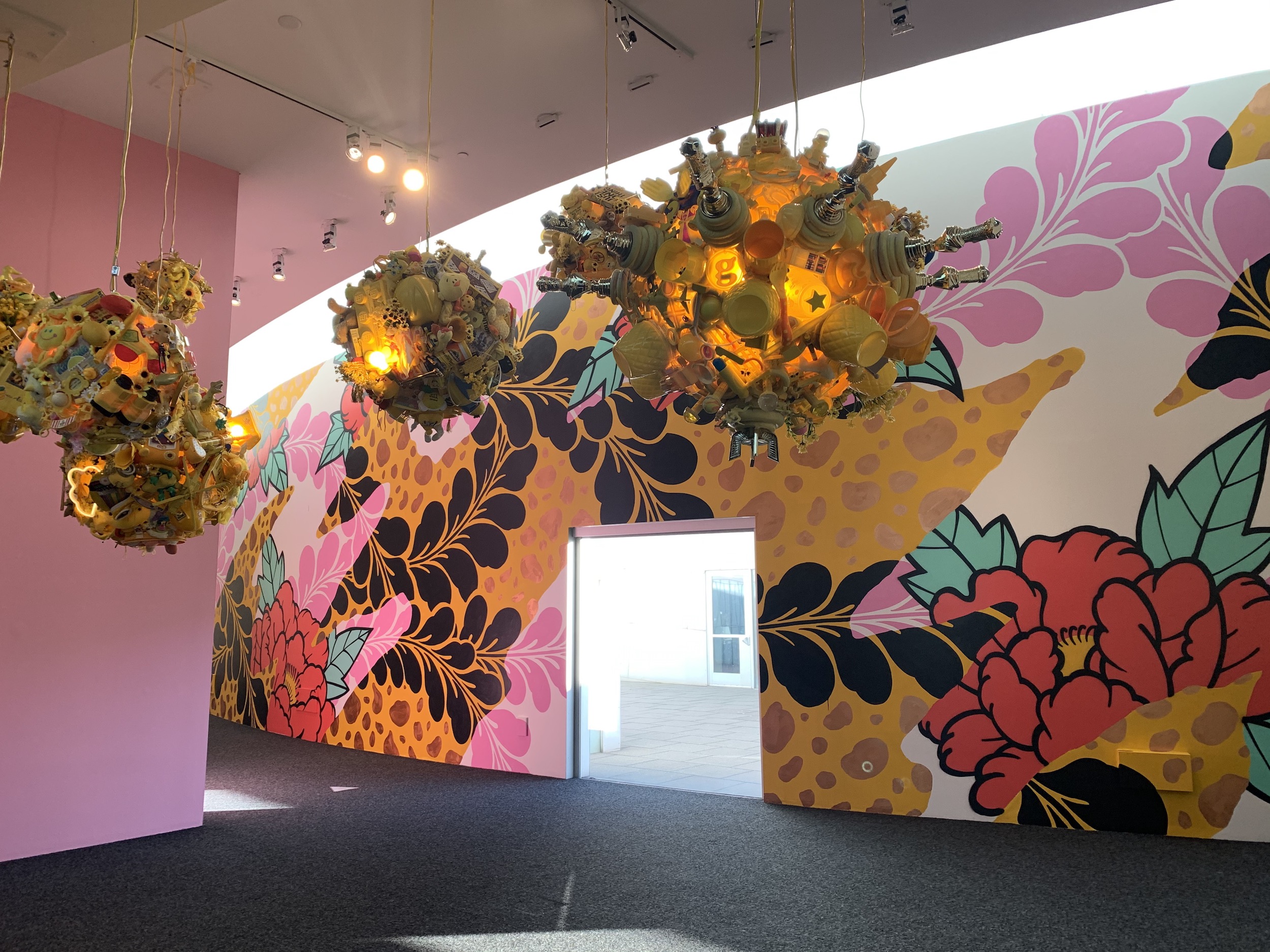 Inside Yellow #5 at Bellevue Arts Museum, featuring a mural by Kenji Stoll and chandeliers by SuttonBeresCuller. (Brangien Davis/Crosscut)

Inside Yellow #5 at Bellevue Arts Museum, featuring a mural by Kenji Stoll and chandeliers by SuttonBeresCuller. (Brangien Davis/Crosscut)

I was at BAM to check out the vivid new group show Yellow #5 (through April 18). Curated by Seattle gallerist/artist Tariqa Waters, the exhibit features several rooms of bright, bold work by Northwest artists, including Christopher Paul Jordan, whose painting of shelved Obama coffee mugs strikes a poignant tone.

Downstairs, Mlasowsky’s single-room show, Never Odd or Even (through Jan. 17) is decidedly more monochrome, but mesmerizing. The artist, who recently opened her own storefront gallery in Ballard, showcases several of her performance innovations, including “Chorus of One,” a dress made entirely of Rhino glass — a Corning product intended for military body armor. As the dancer moves, the fishy white scales clatter and clink.

But it’s “4 Feet Apart” that drew me back for another look. (Watch an excerpt here.) When the two dancers can’t stand the separation any more, they turn toward each other, causing many of the glass strands to shatter. Broken shafts remain stuck in their backs for the course of the partnered dance — sharp remnants that can’t be shaken.

We may not be feeling the exuberance of those dancing mailboxes that took to the streets of Philadelphia last week during the prolonged ballot count, but there is still dancing to be done, or at least to watch. 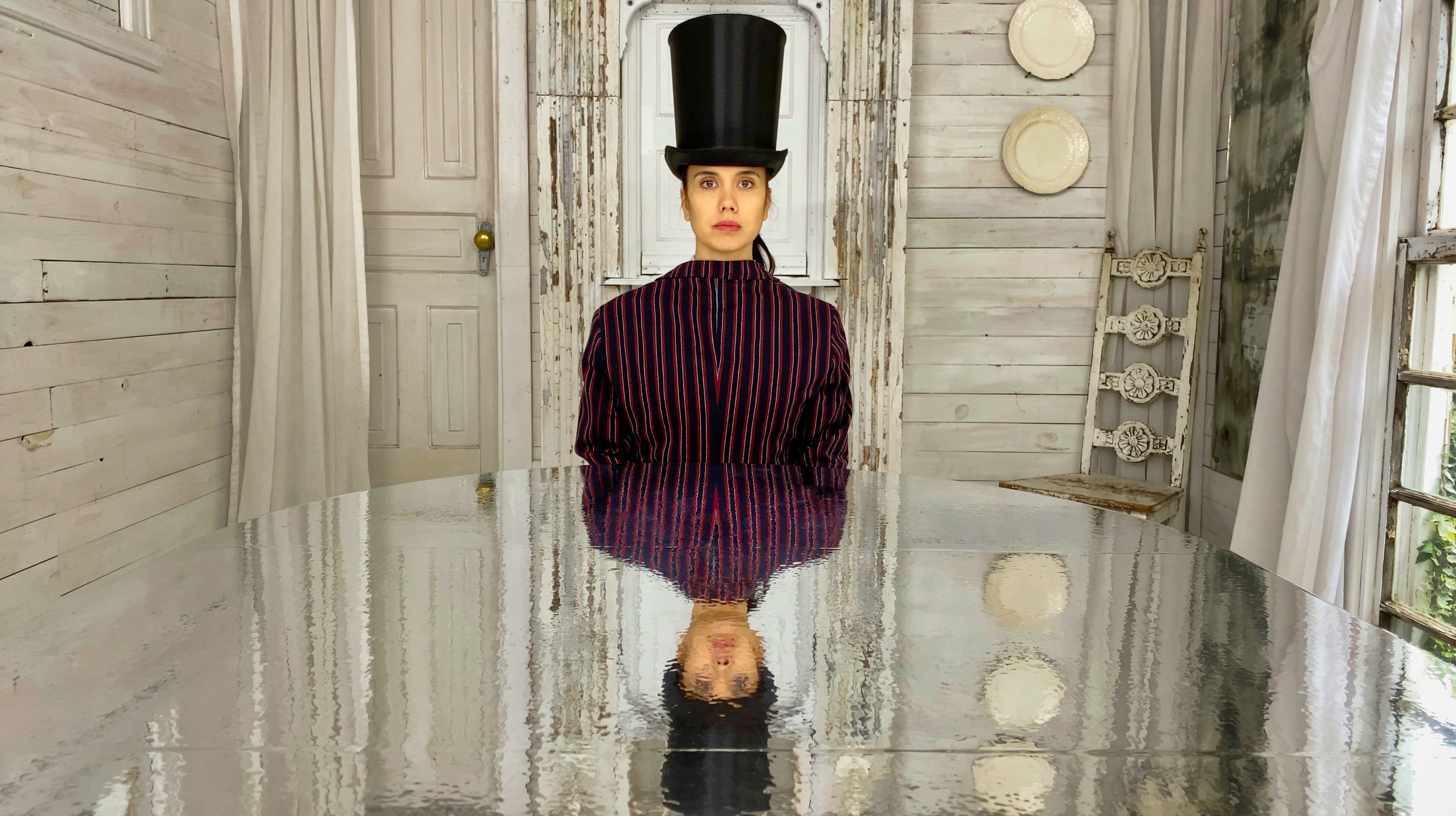 Pacific Northwest Ballet launches the second installment of its virtual season tonight. Rep 2 (streaming Nov. 12-16; $29-$39) showcases a host of women choreographers, including Twyla Tharp and Susan Marshall, and world premieres by Jessica Lang (get a gorgeous glimpse here) and Peggy Saunders — the last of whose piece “Wonderland” is especially cool, filmed all around the ghostly empty McCaw Hall. And don’t miss Saunders’ incredibly fun (free!) companion piece, “Alice.” Made in collaboration with the Seattle Dance Collective especially for PNB principal dancer Noelani Pantastico, the piece takes the ballerina down the rabbit hole and into a “curiouser and curiouser” scene.

The bonus content for Rep 2 also includes a premiere piece choreographed by Amanda Morgan, PNB’s only Black ballerina, who spoke with Crosscut reporter Agueda Pacheco Flores this week about her commitment to racial justice and to diversifying the types of stories — and types of bodies — that appear on ballet stages.

In celebration of BIPOC bodies in motion, the Black & Indigenous People’s Virtual Dance Festival happens online tonight (Nov. 12, 6-8 p.m.). Called Reflections: What the Water Holds, the fest commemorates the opening of the new, improved Pier 62 at the Seattle Waterfront with performances by a slew of local artists, including: incredible tap dancing talent Cipher Goings; jazz-influenced dancer Mackenzie Neusoik (who created a tribute to missing and murdered Indigenous women); contemporary dancer Nia-Amina Minor (accompanied by vocals by Eva Walker of The Black Tones); and the Muckleshoot Canoe Family singing songs for the Salish Sea. 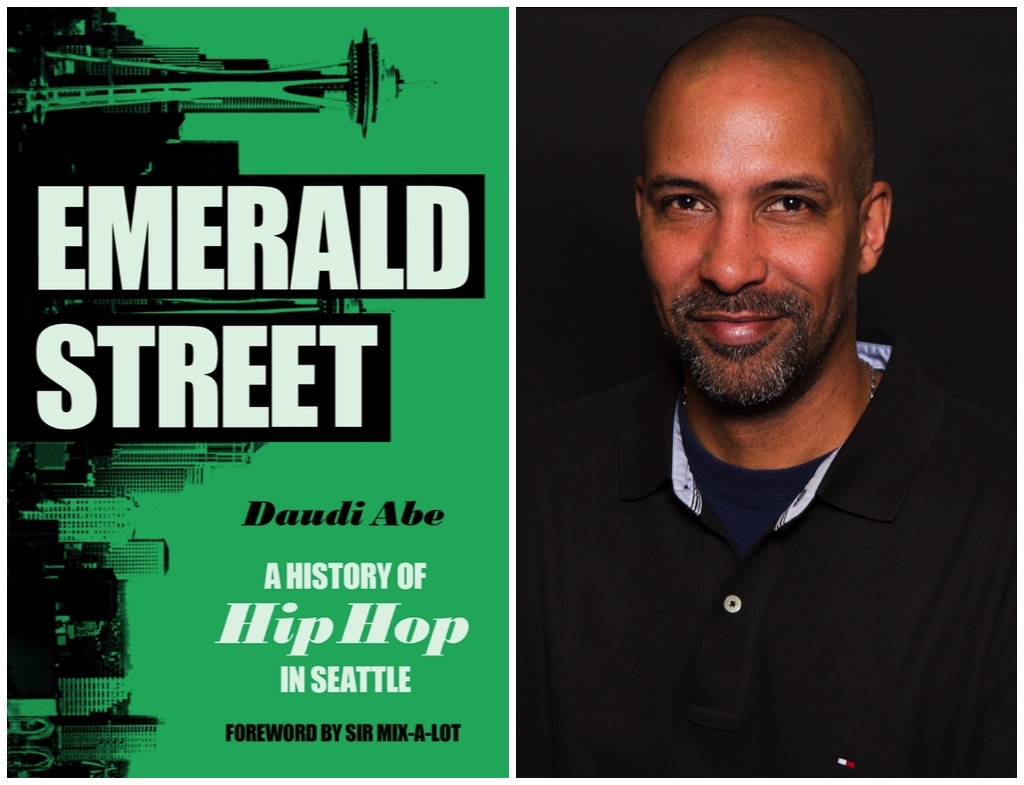 The election may be over but we are still facing so much uncertainty — compounded by COVID-19’s upward creep. So let’s hang on to the good arts news and hope it carries us through what looks to be a less festive holiday season.

Seattle International Film Festival just announced it will be back in 2021, with a virtual slate of more than 100 films (April 8-18). Northwest Film Forum has partnered with The Andy Warhol Foundation to distribute $70,000 in COVID-19 Artist Relief funding across King County. And as reported by Crosscut’s Margo Vansynghel this week, the Seattle Office of Arts and Culture is creating a real estate company devoted to preserving and creating space for local arts and cultural organizations.

Plus, it’s Hip Hop History Month, people! Celebrate with a hip-hop, hippie to the hippie (naturally) and also the new book Emerald Street: A History of Hip Hop in Seattle, by Seattle Central College professor Daudi Abe. In a conversation hosted by Seattle Public Library (Nov. 18, 7 p.m.), Abe will discuss his comprehensive look at the deep and far-reaching roots of local hip hop.

There’s more to be excited about on the literary front: Author Yaa Gyasi (Homegoing) speaks via Seattle Arts & Lectures about her new book, Transcendent Kingdom (Nov. 16, 7:30 p.m. $10-$100). Local journalist and historian Ron Chew, who led the drive to transform the historic East Kong Yick building into the Wing Luke Museum, reads from his acclaimed new memoir, My Unforgotten Seattle (Nov. 17, 6 p.m. free). And Poulsbo has a new bookstore featuring a drive-thru window.

If you’re reading this newsletter, you believe, as I do, in the power of arts as both salve and inspiration… even in times when we’re separated as if by shards of glass. 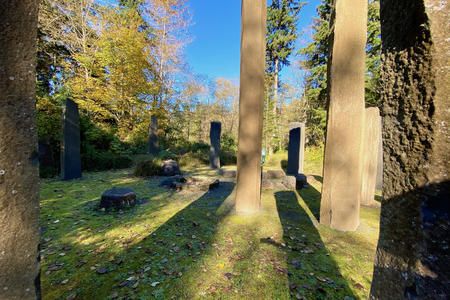 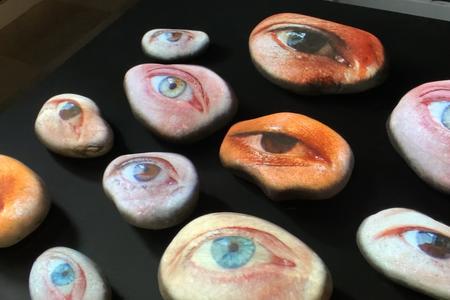 Editor’s Notebook: Spooky art and screaming into the void

Plus, celebrate a retro Halloween with Edgar Allan Poe and Vincent Price — before election dread returns. 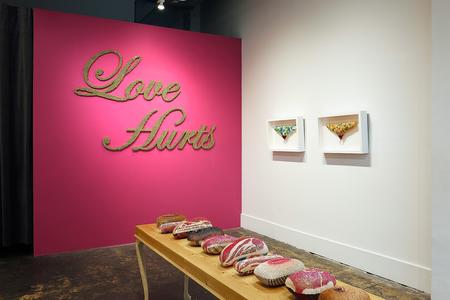 Editor’s Notebook: Goddess power to get you through the election

Plus, picks for the Earshot Jazz Festival.

Editor’s Notebook: Spooky art and screaming into the void

Plus, celebrate a retro Halloween with Edgar Allan Poe and Vincent Price — before election dread returns.

Editor’s Notebook: Goddess power to get you through the election

Plus, picks for the Earshot Jazz Festival.