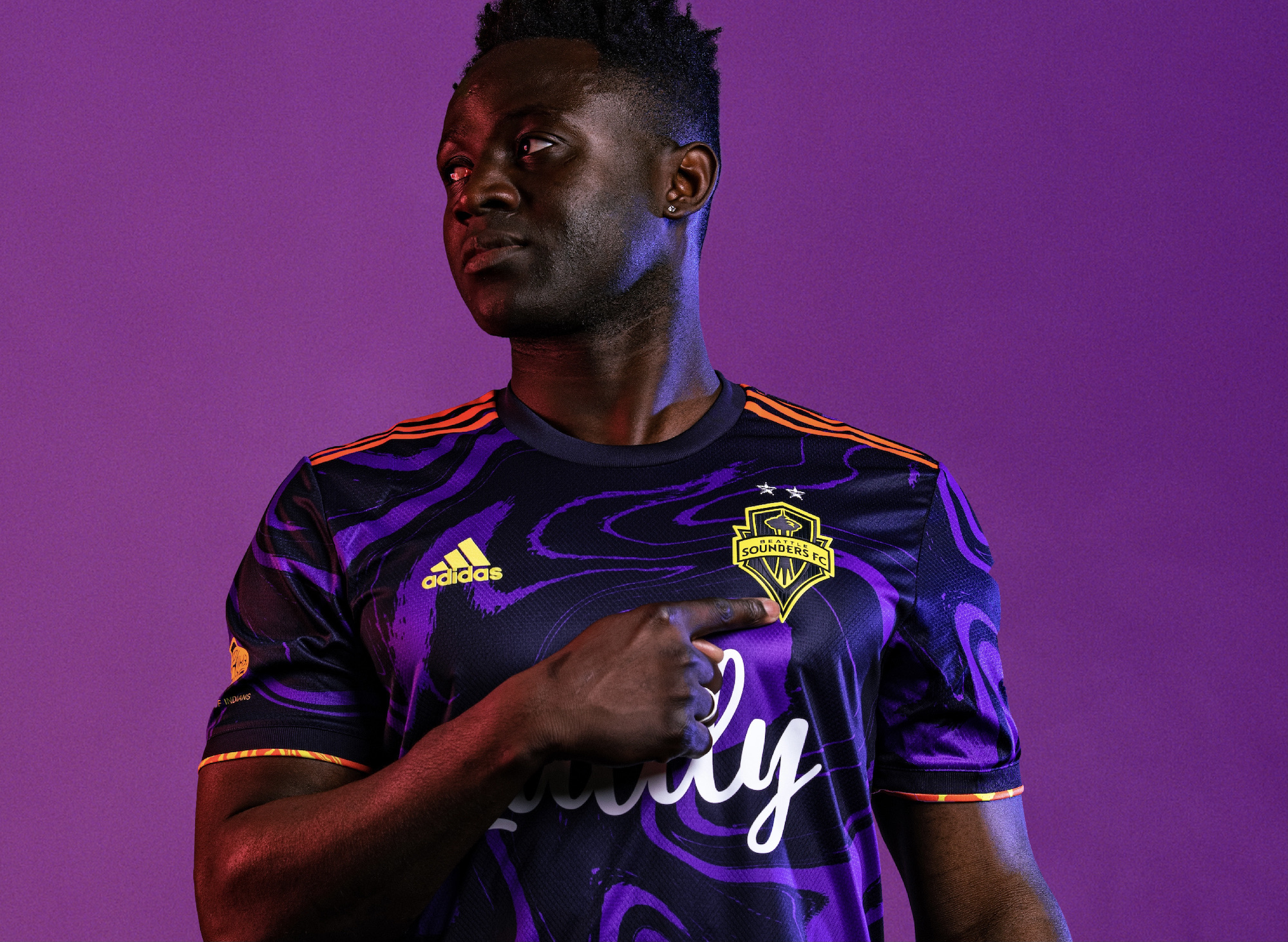 For the last month, Lumen Field has been the scene of far more shots in arms than shots on goal. But the makeshift mass vaccination site will return to its roots as a sports-ball arena this weekend, when the Seattle Sounders play their season opener (April 16, 6:30 p.m.) against Minnesota United FC. And for the first time in more than a year, soccer fans will be allowed inside the stadium too (in physically distanced pods).

While “rave green” jerseys commonly flood the city on game day, this season Sounders players and supporters have a new, bold-as-love wardrobe option that looks more like purple haze. The recently unveiled secondary kit (the uniform for away games) was inspired by Seattle native Jimi Hendrix, whose song “All Along the Watchtower” blasts through stadium speakers on match days.

I’ll confess I’ve never paid much attention to soccer uniform design (or soccer, though as a high school marching band alum I do love the Sound Wave). But after a quick spin through other MLS team get-ups, I can attest that this new look — with its psychedelic purple swirls, yellow salmon representing the Puyallup Tribe of Indians and inscribed lyrics from the Hendrix song “Straight Ahead” — is by far the most artful.

As part of the big reveal, the Sounders club filmed Seattle rock band The Black Tones decked out in the purple jerseys, playing “All Along the Watchtower” at Lumen Field. The band’s mighty talent aside, this was primarily a marketing stunt. But the accompanying short documentary about band members (and twins) Eva and Cedric Walker is genuine and compelling. Directed by Seattle-based filmmaker Justin Michael Jeffers, Side by Side with The Black Tones features the Walkers talking about growing up in Seattle, and how Eva’s youthful discovery of Jimi Hendrix helped her believe she could be a Black woman in rock ‘n’ roll. 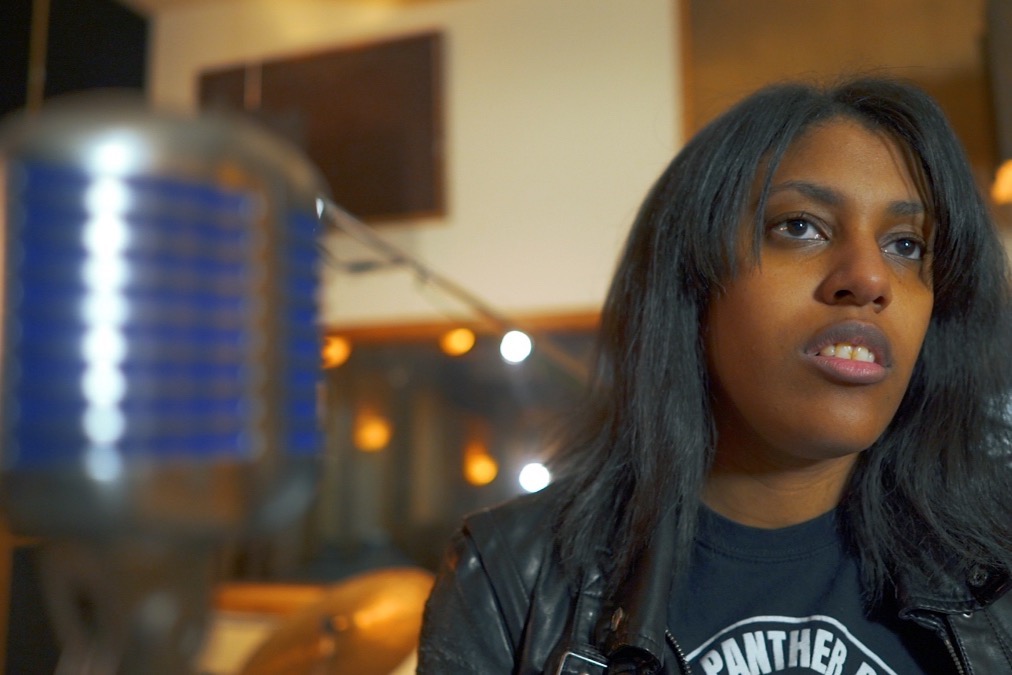 Eva Walker isn’t just a real-life rock ‘n’ roller, she also plays one in the new web series, Bazzooka. The neo-punk, campy series by local filmmaker and musician Danny Denial tells a dystopian story about a near-future Seattle in which Black anarchists and band members battle big, bad tech company Tundra — which has its tentacles in everything, possibly including murder.

It’s one of several locally made films in the Seattle Black Film Festival (April 16 – 26), which kicks off this week. This year marks the 18th annual festival, and the second time it has had to go virtual. The lineup is divided thematically, into blocks such as Black Brilliance, which features The Deliberate Death of My Father, by Vancouver, B.C., filmmaker Rose Katché Duez. The story surrounds a woman considering whether to dye her hair — a seemingly simple act that is weighted with implications about identity and the role she plays in her family. 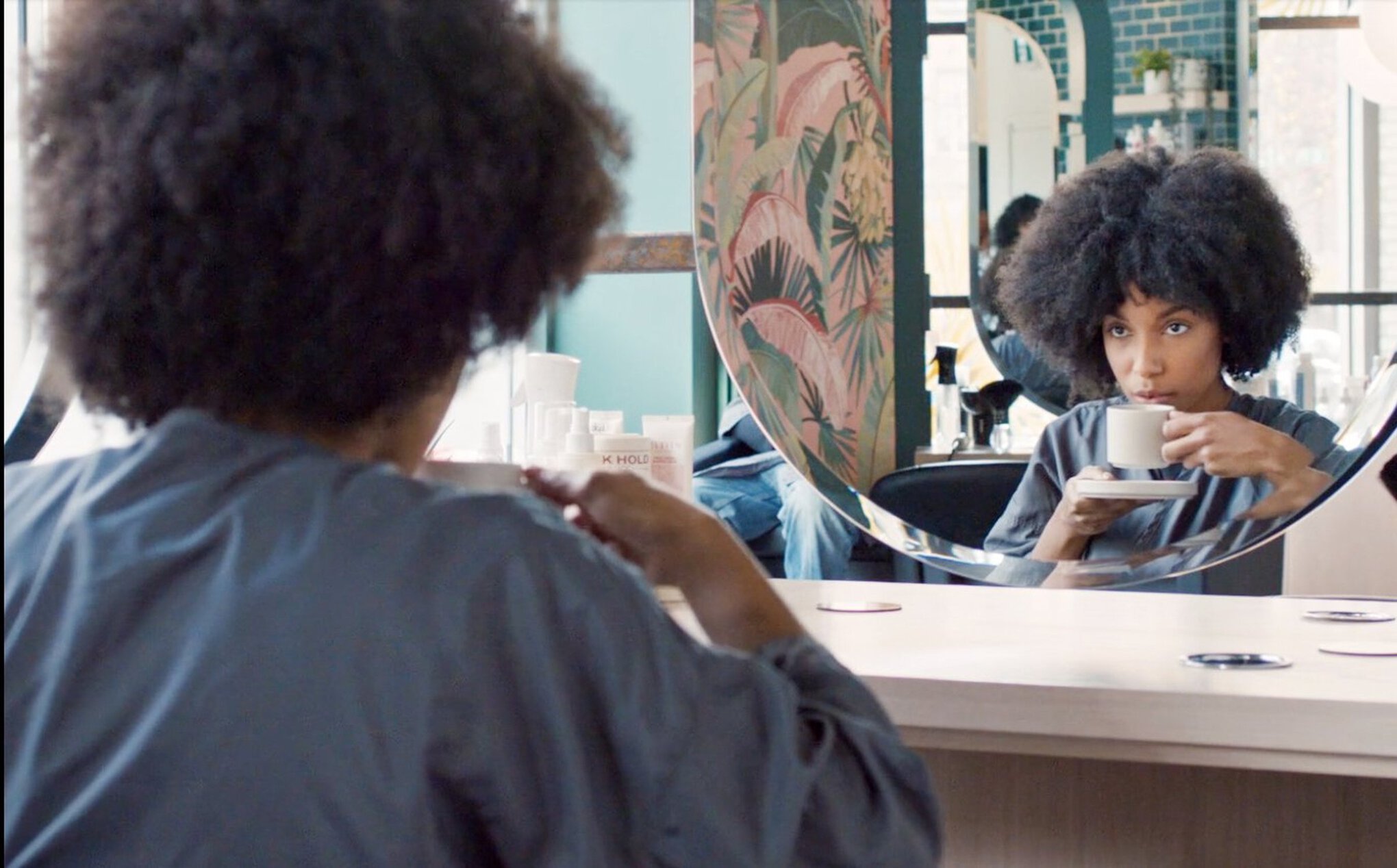 Also on deck: Sundays in July, a poetic look at new love, through its first stirrings, pitfalls and possibilities of true connection; The Subject, a timely fictional tale about the community-wide repercussions when a white documentary filmmaker captures the murder of a Black teen on tape; and Such an Honor, by local filmmaker Nicole Pouchet (whose tense, Metro-bus-bound mystery Retch won Best Film at SBFF last year), a sci-fi story surrounding an aging actress debating whether to “upgrade” to a synthetic body.

In other film news: SIFF continues online through April 18. This week I’m recommending the spooky and incredibly prescient film The Pink Cloud, out of Brazil. (A puzzling airborne plague forces humanity into lockdown — too soon?) The Seattle Dance Collective has released a beautiful new short film, Gallop Apace (streaming April 15 – 22), featuring a woman emotionally struggling in solitude on a couch (based on Romeo and Juliet but also: too soon?) And Northwest Film Forum is celebrating National Poetry Month with the Cadence Video Poetry Festival (April 16-25), featuring a collection of richly atmospheric and musical short films. 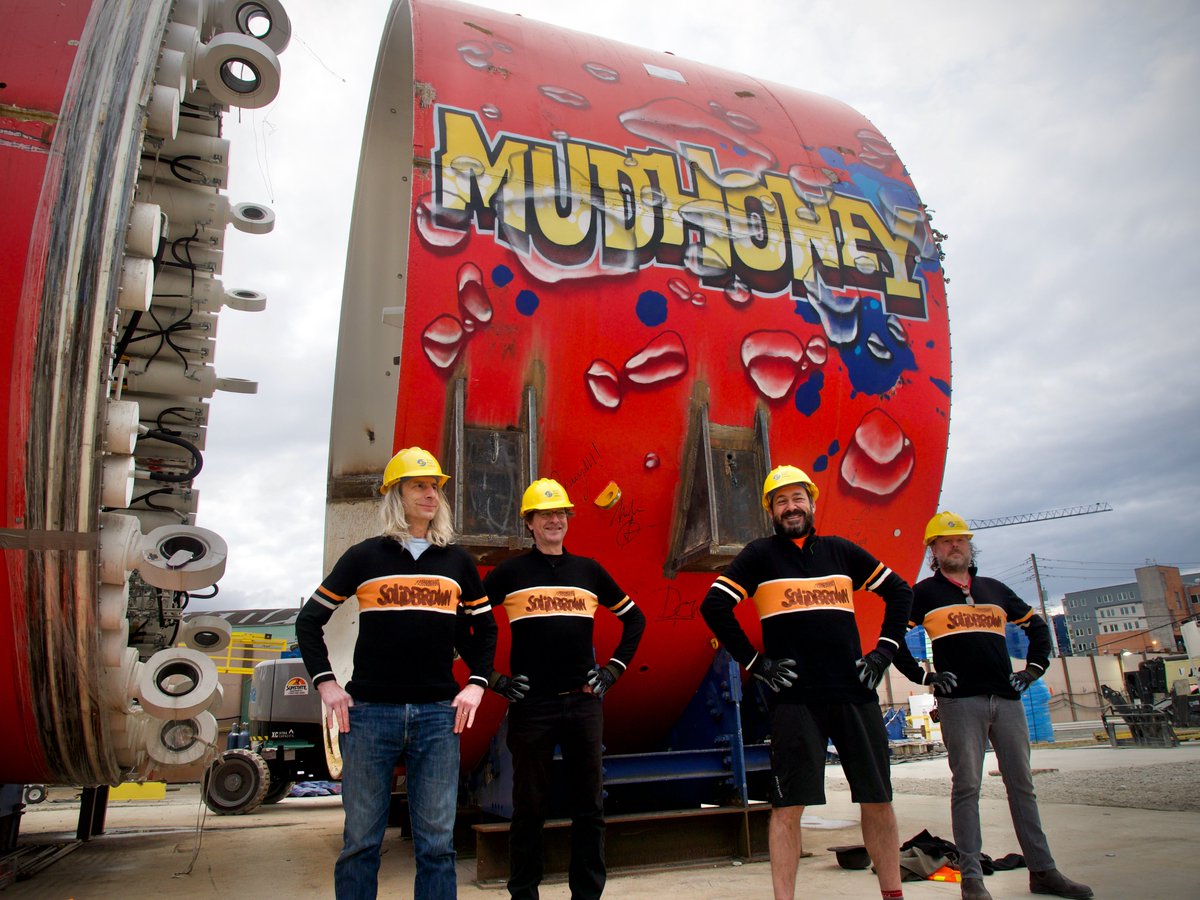 Seattle band Mudhoney stands with the city’s newest tunnel boring machine, which was named MudHoney after a public vote. The artwork on the machine is by local muralist Devin Finley. (Seattle Public Utilities)

Seattle band Mudhoney stands with the city’s newest tunnel boring machine, which was named MudHoney after a public vote. The artwork on the machine is by local muralist Devin Finley. (Seattle Public Utilities)

Northwest Film Forum held the spotlight for another reason last week, when executive director Vivian Hua was honored at SIFF with the Mayor’s Award for Outstanding Achievement in Film. Hua received special acclaim for her work to expand NWFF’s online series during the coronavirus closure and for bringing in a more diverse audience by way of equitable programming.

We have more award winners in our midst: Seoul-born Seattle writer Don Mee Choi, who earlier this year won a National Book Award for her powerful and poetic memoir DMZ Colony, added to her accolades last week when she was awarded a 2021 Guggenheim Fellowship.

Seattle sculptor Dawn Cerny, who won Seattle Art Museum’s Betty Bowen Award this past September, claims her winnings this month with a solo show at SAM, called Les Choses (now through Sept. 26). Cerny calls her work the “theater of home,” and indeed her intriguingly skinny, lumpy, striving approximations of domestic surroundings always look to me like something aliens might make if tasked with replicating a human abode by hand.

Lastly, while perhaps not precisely an award, longtime Seattle rockers Mudhoney earned namesake honors for the city’s newest tunnel boring machine (which will carve out a massive sewage and stormwater storage tunnel along the Lake Washington ship canal). Naming rights were put to a vote by the people, and Seattle Public Utilities reports that MudHoney (the machine gets a capital H) won by a mudslide. In second place? Sir Digs-A-Lot. 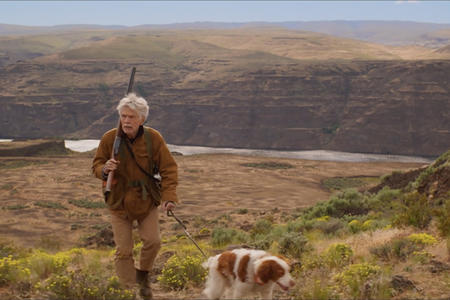 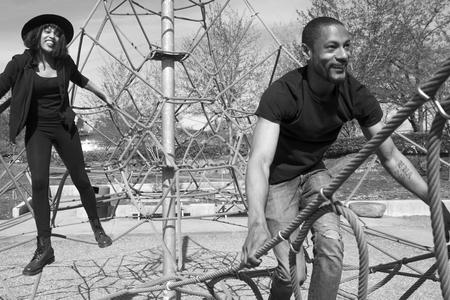