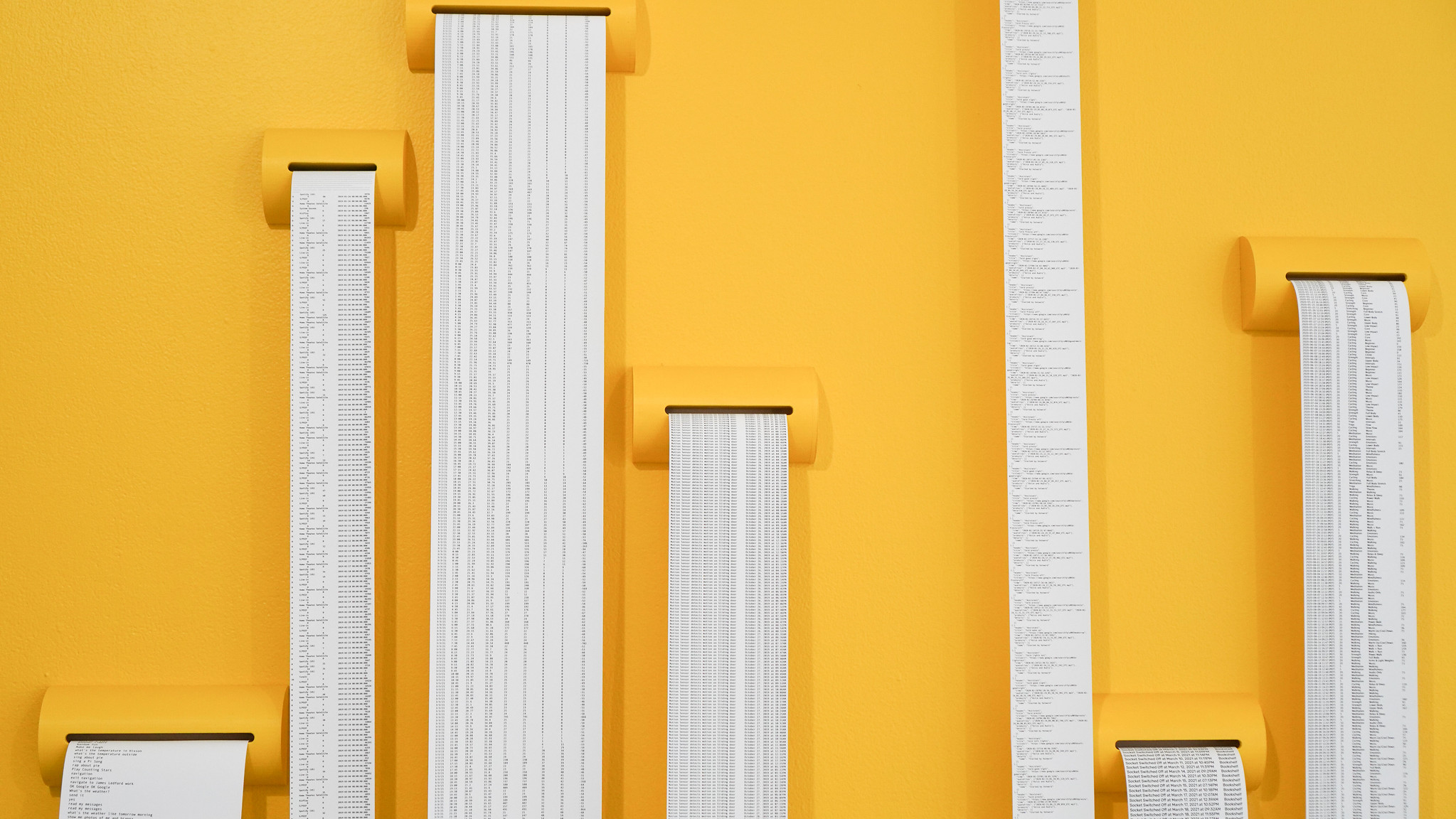 Data pulled from people’s smarthome devices on view at the Jacob Lawrence Gallery last fall. The full “Data Epics” project, which consists of fiction stories based on this data, is launching this week. (Yuna Shin)

“Alexa, what would happen if the data you’re collecting about me was turned into a short story?”

Amazon’s artificial intelligence virtual assistant may not know the answer, but I do: You’d get Data Epics, a local project I haven’t been able to stop thinking about.

In collaboration with a group of students, Audrey Desjardins, assistant professor of interaction design at the University of Washington, asked seven Seattle-area households for permission to obtain the data collected by their in-home smart devices, including a Peloton bike, Nest camera, voice assistants and Sonos speakers.

The UW team then handed over the graphs, plots and spreadsheets — containing info on when and how many times someone had, say, opened or closed the garage door, or asked if it was going to rain — to seven local writers, with the mandate to turn it into a fictional short story. The goal: “making people curious and inviting them to see the data differently,” Desjardins told me.

The resulting 28 stories are surprisingly less dystopian — and more moving — than I had expected, even if many are written from the first-person perspective of the data or smart device. My favorite in this genre is “Severance,” by Alma García, in which the answer to a Google Assistant query (“How do you say ‘sorry’ in Spanish?”) rushes through a fiber-optic cable as it ruptures deep in the ocean. Another highlight is Garrett Saleen’s “Satisfaction Survey,” about a grieving widower who loses himself in Peloton.

Data Epics makes its public debut this weekend with the launch of a website that features all 28 stories and a live reading at The Grocery Studios on Beacon Hill on Saturday (May 14, 6:30 p.m., reservations encouraged). Of note: some of the data guinea pigs will be in attendance.

The stories, based on four consecutive data drops, won’t be a total surprise to them. The households were able to read “their” story before “collecting” the next round of data. “They had a lot of time to think about: ‘How does our behavior change the story?’ ” Desjardins said. (She hopes this impact — the realization that data is in the cloud, archived, forever — lasts beyond the project.)

Desjardins also told me the story of one participating household consisting of three roommates. Skeptical, but drawn in by the creative potential of the project, they purchased a Google Assistant and started having fun, messing with the machine by asking it questions like: “How do you rob a bank?”  and “Who’s your daddy?” (In the resulting story, which I highly recommend, the Google Assistant replies: “Google has two daddies. The company was founded by computer technicians Larry Page and Sergey—” before being interrupted by an irritated human.)

“This was one of the ways to kind of regain control over these assistants,” Desjardins told me. I asked her whether this particular household had held on to the assistant after the project. “They unplugged it,” she said. “Yeah, they were done.” 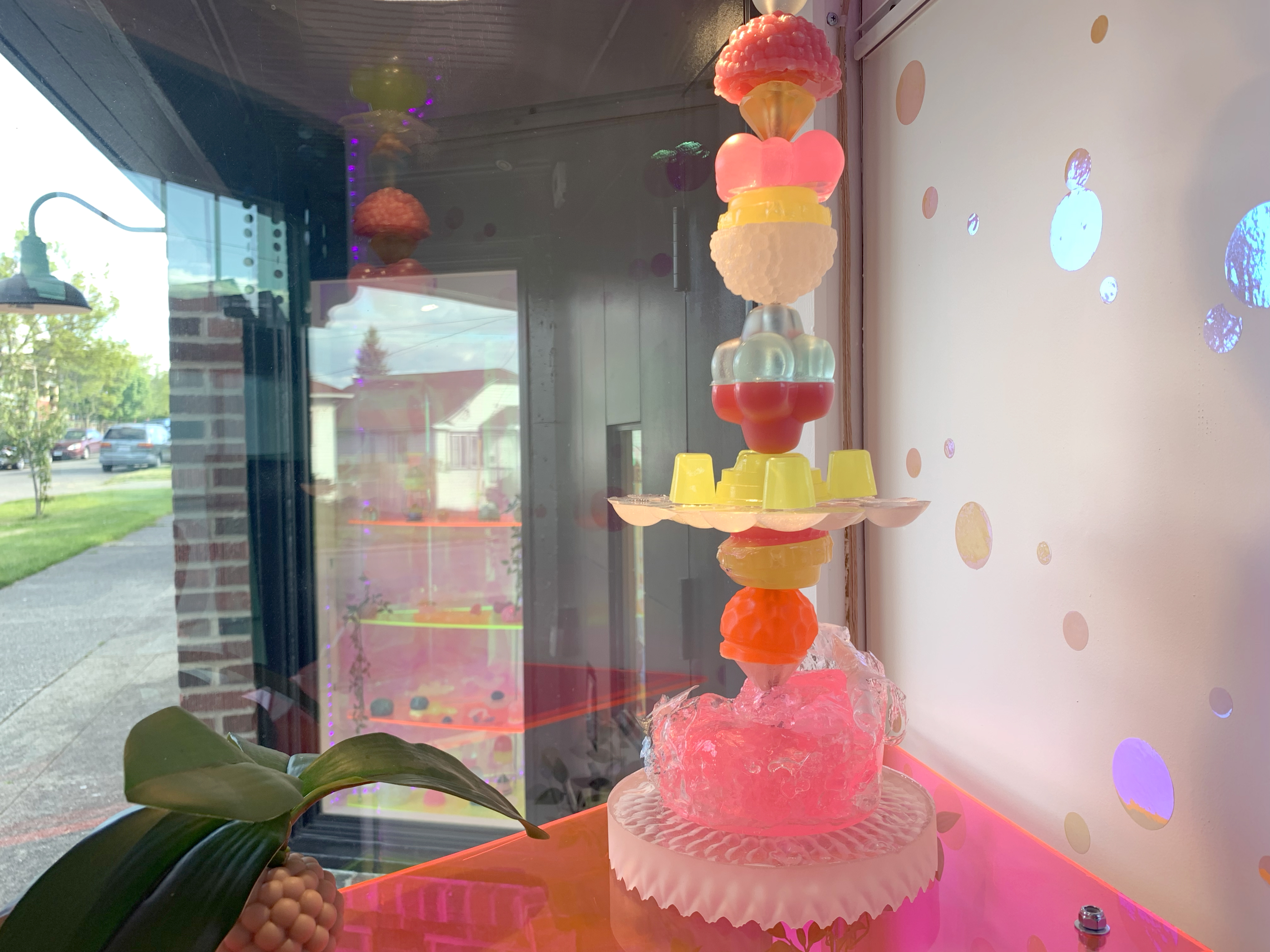 If you’re heading to The Grocery Studios this weekend to hear more about the stories your data can tell, you’ll see and feast on “Jelly jelly jolly jealy jello jellies,” a scrumptious site-specific installation by local artist Philippe Hyojung Kim. The installation, on view in The Grocery’s new window gallery WUG (through June 4), consists of plastic multichromatic blobs and polyhedrons and has the mesmerizing allure of a lava lamp. (Note: The artist talk is on Saturday, May 21, 1-3 p.m. and will include a DJ set of “mellow psychedelia to help elevate your consciousness” by Seattle composer/ambient sound artist Nat Evans.)

For more artists taking over commercial storefronts, Ballard is the place to be, with a whopping three new art spaces.

We’ll start our “grand tour” with The Vestibule, opening this week. The name may sound familiar: Originally located elsewhere in Ballard, the gallery funded itself by letting visitors “sleep with art” as an Airbnb rental, but the pandemic thwarted that model.

Now operating out of a new storefront (formerly an accounting firm), founders Kascha Semonovitch and John Snavely still plan to run The Vestibule 2.0 as a nontraditional gallery in that most artwork and major installations won’t be for sale (they are selling totes and tees to support the venture). The inaugural exhibit, Dinner with Agnes Martin is an ode to the influential painter, with work by local abstractionists Emily Gherard, Ilana Zweschi, Lakshmi Muirhead and others. (May 12-June 12, Reception Saturday, May 14, 4-6 pm.) 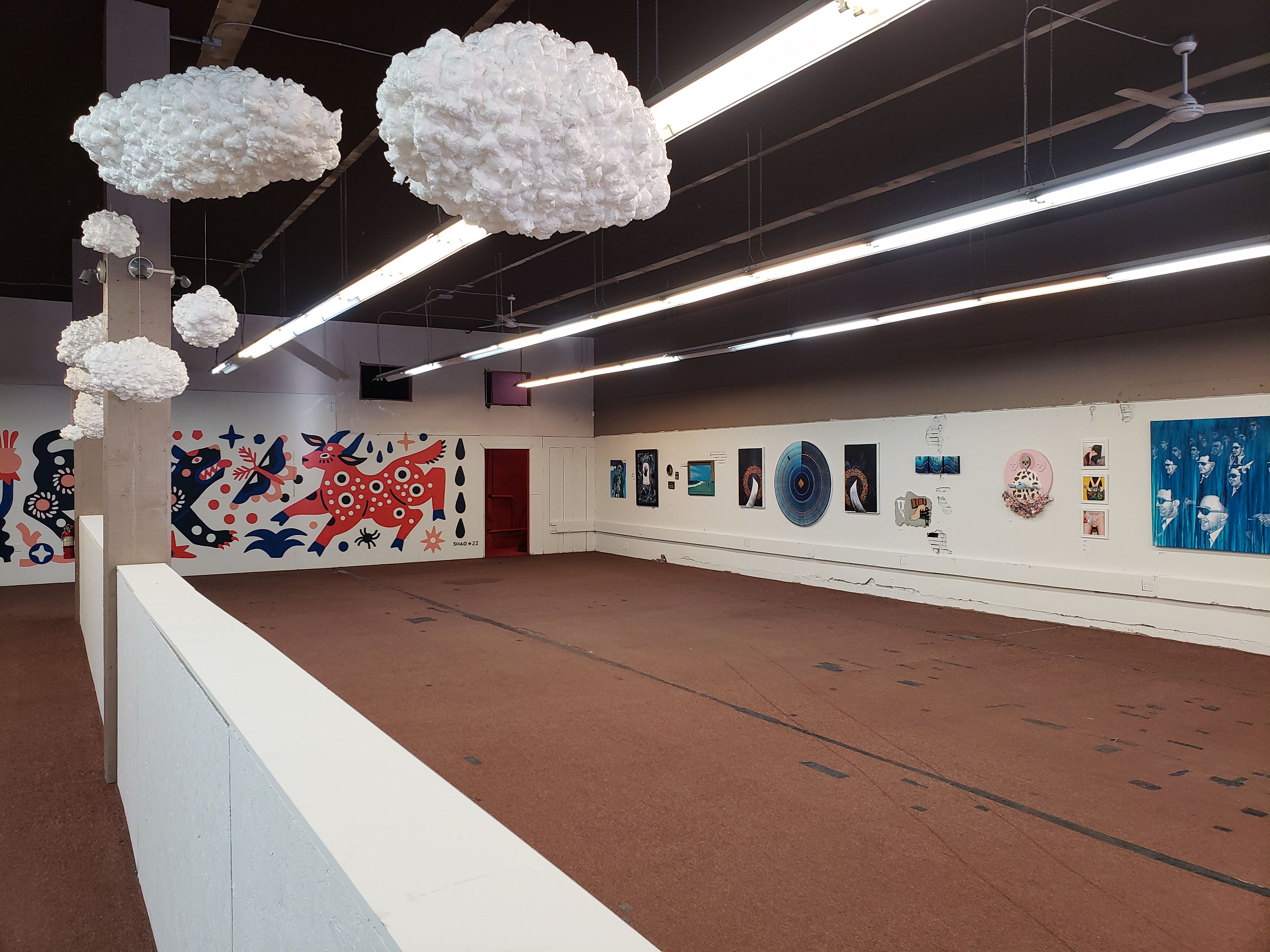 The Ballard Pop-Up Gallery opened last week in a former consignment store that shuttered after a fire. (Kyle Perry)

The Ballard Pop-Up Gallery opened last week in a former consignment store that shuttered after a fire. (Kyle Perry)

Slightly further south, on Northwest Market Street, a new gallery has bloomed in the old Ballard Blossom building, formerly home to a florist that relocated in 2018. Local artist and illustrator Graham Franciose set up his studio there when the building was given new life as a commercial center in 2021.

Late last year, Franciose took over the adjacent space to start Get Nice Gallery, which he calls a “funky little gallery.” Monthly show openings coincide with Ballard’s Art Walk, which is happening this Saturday. Next up at Get Nice Gallery is “Visions,” a two-person show of abstract geometric works by Jake Millett and Alex Chauhan (opening this Saturday, May 14, 5-9 p.m.; closing party May 29,  noon-4 p.m.). A solo show by Stevie Shao (we told you she’d be everywhere!) is planned for June.

Last, but not least – and certainly not if you’re counting square footage— is the Ballard Pop-Up Gallery (open through May 29, Thursday-Sunday, noon-5 p.m.), which opened last week in a former consignment store that shuttered after a devastating fire destroyed multiple businesses in the area. Local artist Kyle Perry used to encounter the building, which remained vacant during the pandemic, on his way to work, his brain tingling with creative possibilities for the dilapidated building.

Now, in coordination with the owners, Perry has made his vision into a reality by transforming the 5,000-square-foot building into a sprawling art gallery with close to 100 artworks — by local artists such as Nikita Ares, Barry Johnson, Maayan Haim and Stevie Shao, and more — on view.

The goal is to support local artists by giving them a space to show work amid a group of peers whose works “emphasize” each other,  Perry told me in an email this week. While the pop-up will be short-lived (the building will be getting new owners), Perry says, “I’m hoping when people come to the gallery, they remember what Seattle has to offer, rather than what it’s losing.” 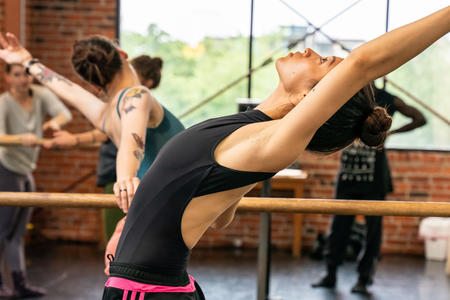 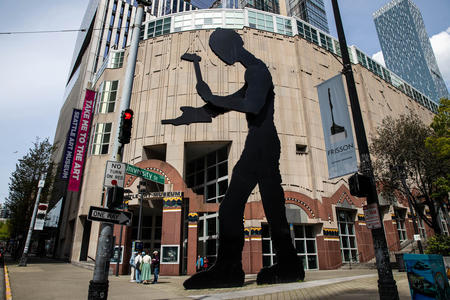 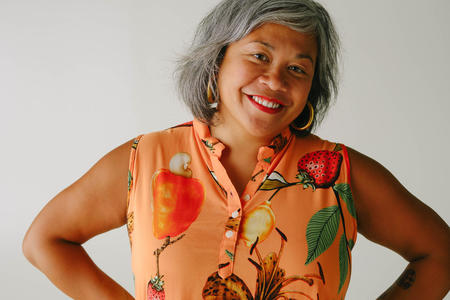