With tourism down, a new campaign seeks to help the iconic public space recover from the impacts of the coronavirus lockdown. 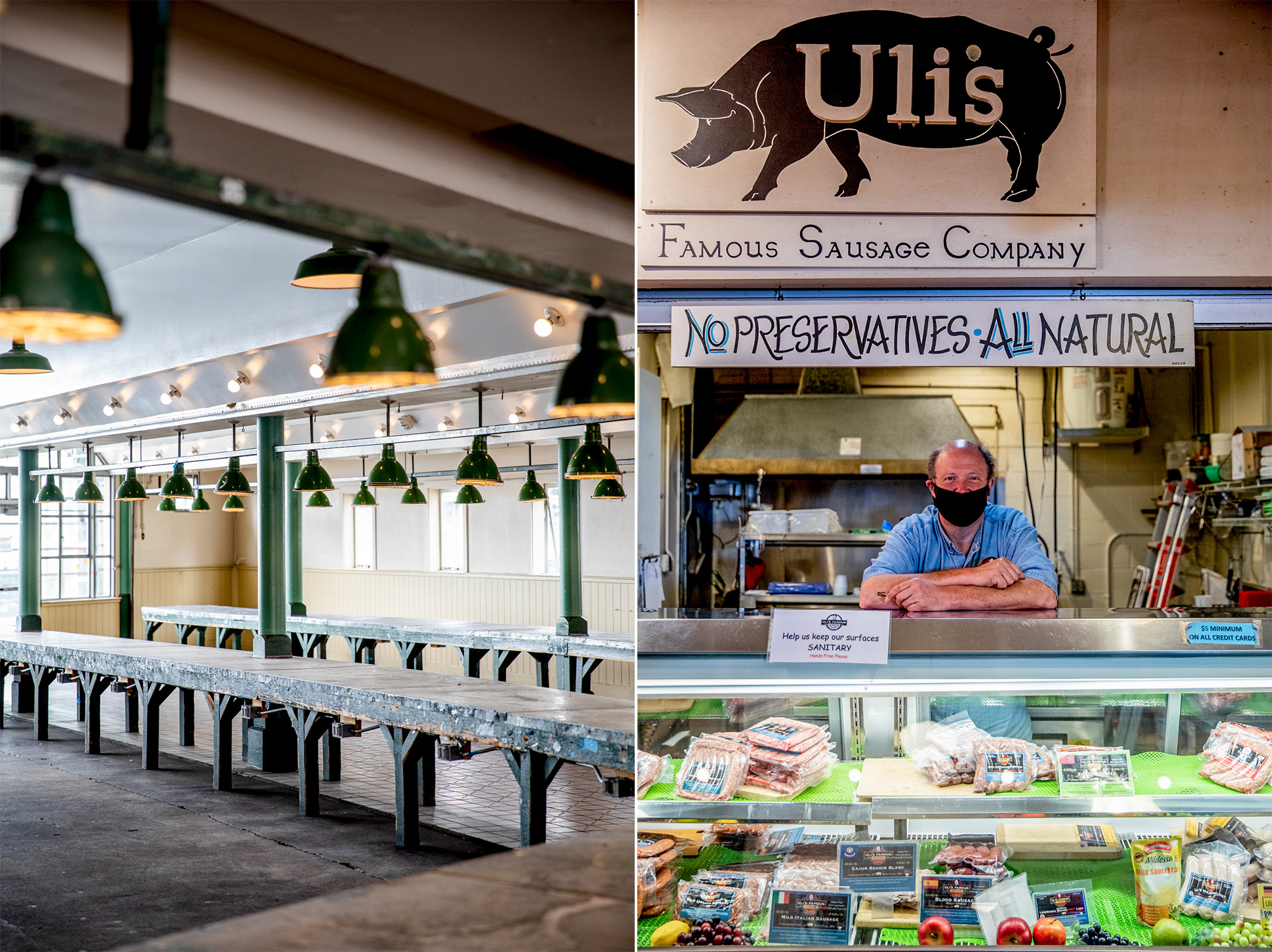 Left: Rows of empty tables at Pike Place Market. Right: Uli Lengenberg, owner of Uli's Famous Sausage at Pike Place Market, at his stand on June 15. He says business has gone down around 50%, and he worries about being able to stay open. He has had his shop for 21 years. “I ask myself every day, how long can I stay open before it hurts my other businesses?” He says. “I always wonder how many businesses are already passed, done, never to wake up again.” (Dorothy Edwards/Crosscut)

A protest against exploitation by capitalistic “highwaymen” who had robbed the citizens of Seattle for years demanded that the city intervene. The goal was to create a public space so Seattleites of all races and classes could congregate and benefit.

After intense debate, the city council came through: It set aside a couple hundred feet at First Avenue and Pike Street in 1907 to become a public market, where farmers and ranchers could sell direct to the people without being exploited by the warehouse and “commission men” of Western Avenue, food chain middlemen who marked up prices beyond reach of the common folk. The highwaymen were not happy, but they lost to an innovative public good.

Read more: Pandemic, then protests: Why some Seattle businesses boarded up

Pike Place Market has since turned into an invaluable institution, one we cannot imagine being without. It serves low-income people, individual farmers, food makers, brewers, artists and craftspeople — and it's an engine for downtown’s economy. Turns out that a publicly run neighborhood serving the people can be good business, too. 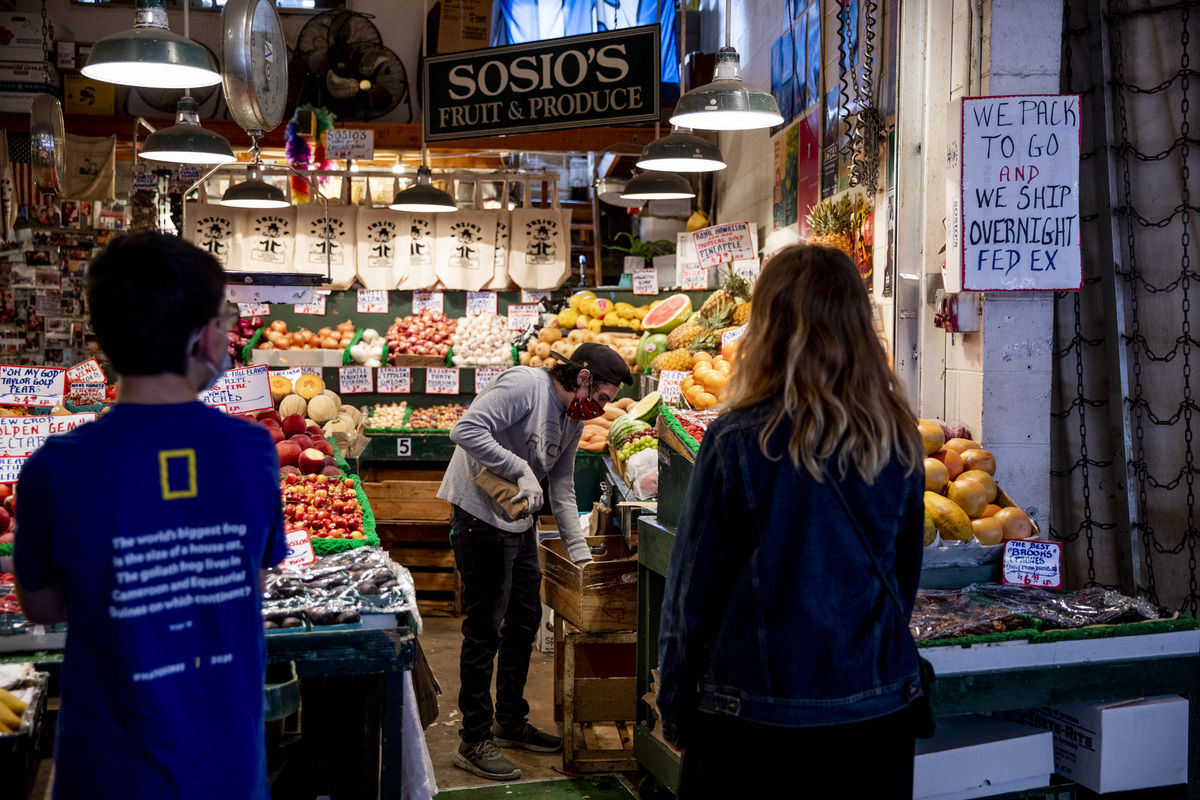 The Market has attracted controversy from the beginning and approached the brink of extinction more than once, like back in the late 1980s, when a group of New York investors threatened to sell off some of the Market when they were done using it as a tax shelter. That threat was fended off. Today, we’re on the threshold of the 50th anniversary of the vote, in 1971, that saved the Market from the wrecking ball. In the 1960s, the business and development crowd wanted to tear much of it down in the name of urban renewal and eliminating “blight.”

Kate Krafft, of the advocacy group Friends of the Market that “saved” Pike Place Market, says the process back then was unique: A citizens initiative became a city ordinance that became a Public Development Authority supported by a nonprofit foundation and the private businesses that thrive there. The goal codified into its charter was the preservation of the Market’s character, which meant not just the old buildings but more importantly the urban community it served — a low-income urban community. The effort to save it in the ’70s was an effort against displacement. The social service commitment has always been fundamental to Pike Place Market.

Unfortunately, half a century on, the Market needs saving once again, or at the very least a rebooting in these pandemic times. In mid-March, most of the businesses closed down — nearly 500 of them if you count all the vendors. Mary Bacarella, who heads the Market’s Public Development Authority, says the Market is operating in unknown territory. Her $22 million budget has been slashed to $9 million, but that's just a guess, she says. No one knows what lies ahead. It has spent over $800,000 giving breaks on fees that amount to about two month’s rent per business. Parking revenues, a major cash source, are down 80%. Staff has been cut, hours reduced and $2 million in reserves have been tapped.

“Tourism is dead,” Bacarella says. The cruise and convention business has vanished. Hotel occupancy is way down. Many downtown office workers are sheltering in place; the affluent tower residents have been sheltering, too, or have fled to their second homes. There are no buskers. The line at the door of the old Starbucks tourist attraction is nearly nonexistent. Even the famed bronze piggy bank under the clock is locked up.

On a recent late morning, I wandered the empty arcade. Signs instruct social distancing. Much of the charm of the Market is its crowds clogging the passages and streets, the shouting of the fish and vegetable mongers, the human menagerie caught in paintings by such famed Northwest artists as Mark Tobey, or in songs like “Spoonman” by the band Soundgarden. The Market was quite empty, save for a few stalls and places offering takeout. Out of 500 businesses, only 70 or so are currently operating, some with reduced hours. At 11 a.m. on a Friday in June it felt more like a winter Sunday. The irony: It’s a good time to visit if you want to avoid crowds and pick up some great produce at Socio’s or humbow at Mee Sum Pastry. The Market is looking for ways to reopen in step with King County.

The less visible and crucial part of the Market is more hidden now. With the recent Market Front expansion, there are about 500 low-income residents, mostly seniors on fixed incomes, currently sheltering in place. The Market has continued to provide some services. The clinic is doing COVID-19 testing. The food bank is doing delivery. But needs are increasing, including among an estimated 20,000 low-income nonresidents the Market generally serves with free meals for seniors, health care for the uninsured and day care and preschool for the little ones. Its senior center is still open for the homeless. But between COVID and the economy, the needs are expected to increase as full services resume. 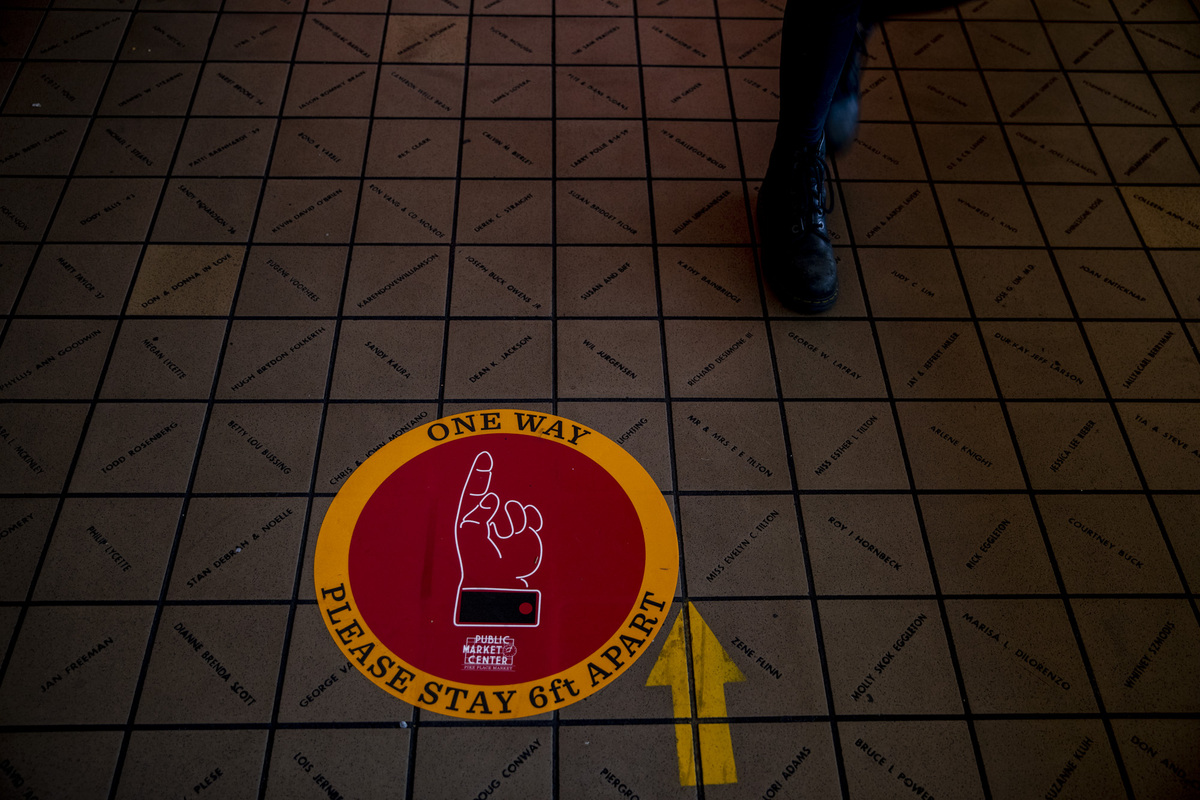 Patricia Gray of the Pike Place Market Foundation points out workers there have taken a huge hit. “Some 2,000 workers lost their jobs,” she says. “An economic crisis is setting in,” one exacerbated as unemployment benefits begin to run out. Getting back to normal will be a haul.

This week, the foundation is kicking off the “Power of Pike Place” campaign to raise $3.5 million to bolster the safety net in anticipation of what’s ahead. It will be streaming a free event at 6:30 p.m. June 18, with speakers and famous Market performers (buskers, acrobats). The funds from the "Power of Pike Place" campaign will go toward small business recovery and supporting social services that make up the safety net.

Truth be told, the pandemic and recession are just the latest blows to the Market. Bacarella says it started the year well with very good business in January and February. But the Market has been pressed by competition from farmers markets throughout the region. For locals, why go downtown when you can meet the producer in the U District, Capitol Hill or West Seattle? Large downtown grocery stores like Whole Foods have proliferated.The loss of its famous newsstand late last year was another blow to the Market's character — the space sits empty for now on a key corner. Development on the Market’s doorstep has also threatened the historic district, with the Hahn Building and the Showbox across the street subject to high-rise development schemes. Such projects might be slowed in the current climate, but in recovery, the intersection of First Avenue and Pike Street, the Market’s century-old gateway, might be forever altered. 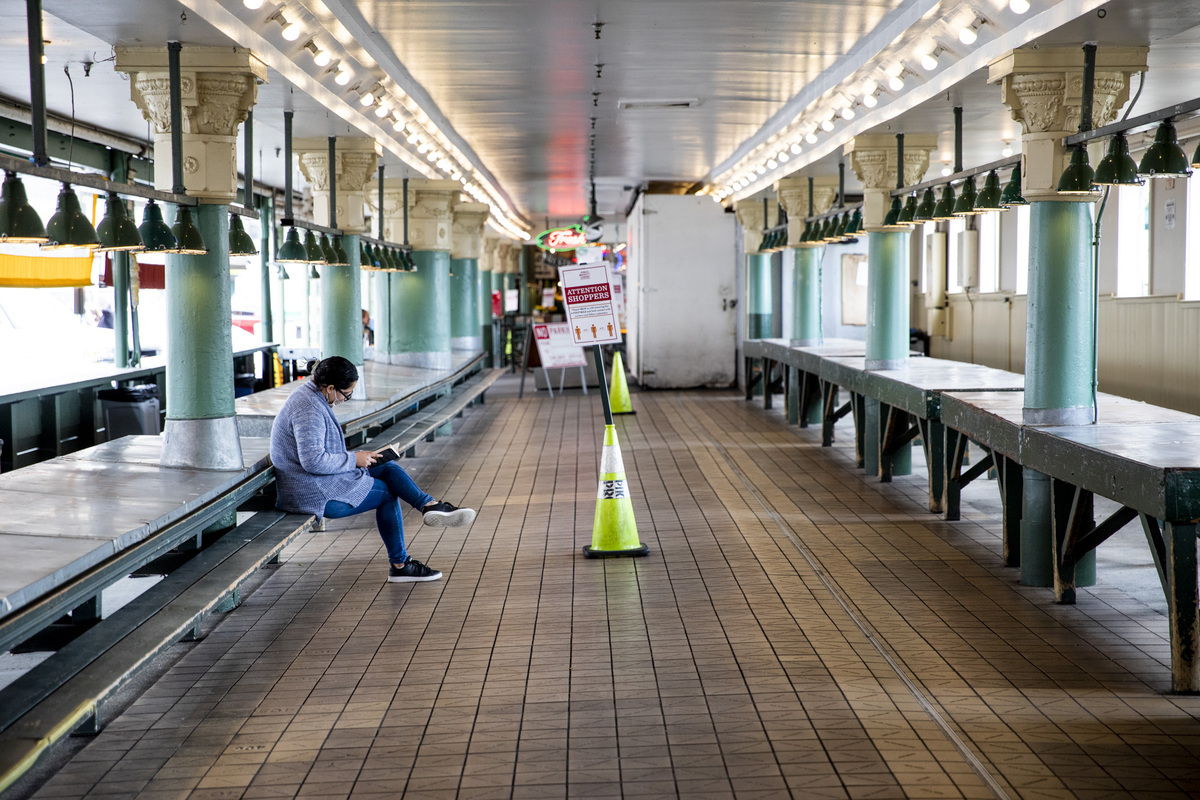 Krafft says she’s been to the Market only twice since early March. Not going has been painful. She’s been a longtime fan and involved with Friends of the Market for some 30 years. “You feel like it’s yours,” she says. It's a feeling, she points out, you don’t get at the Pacific Place mall. Not visiting the Market has been almost as bad as not being able to see her grandkids, she says.

For now, there is hope that locals will start visiting the Market in greater numbers without bumping into the hordes of tourists, cruisegoers and conventioneers. Seattleites should enjoy that while it lasts. The Market, Krafft reminds me, has always been about food. Before markets everywhere, there was Pike Place. It still is, with all due respect to the arts and crafts folk. The foodie capital of a foodie town. It’s central and accessible and does much public good for others, too. And it needs support. The hope is Seattleites and day-trippers in the Puget Sound region will find their way back.

If the protesters trying to reinvent parts of Capitol Hill want a local model, they could do worse than to study the history, precedents and priorities of the Pike Place Market. Seattle has always been creative about remaking public spaces for a broader public purpose. The Market and the activism that created it is Exhibit A. Yes, it’s unique, but it has a lot to teach. The job of starting something can be difficult, but the work of keeping a good thing going is never finished.