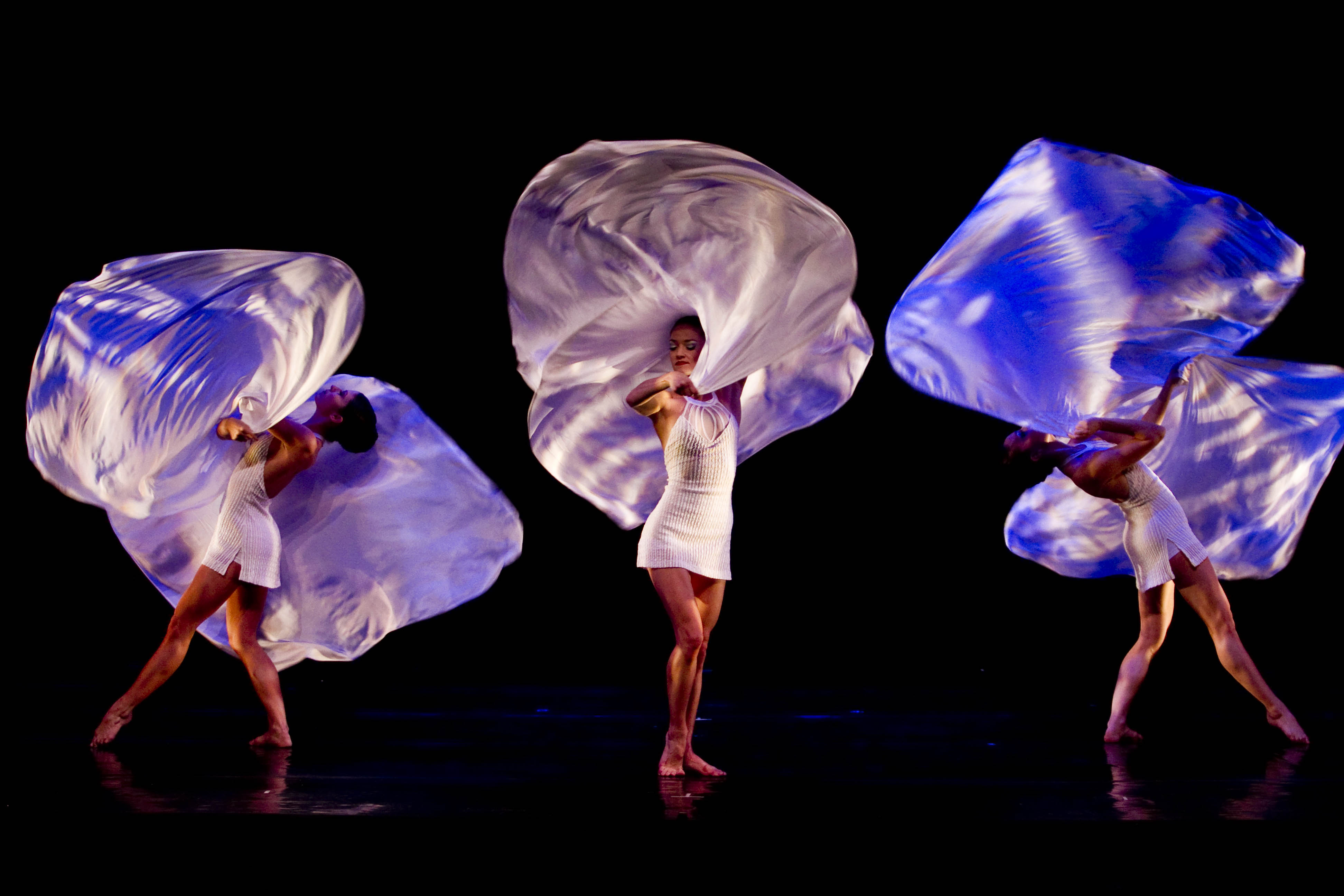 The "dance illusionists" of MOMIX perform at Meany Hall this week. (Photo courtesy of Meany Center for Performing Arts)

Able to form clay into everything from larger-than-life mariachi players to invented zodiac animals, Seattle ceramicist George Rodriguez is on the rise. (Watch our video of him at work in the studio.) Born and raised in El Paso, Texas, the University of Washington grad recently was named a 2019 Emerging Artist by the National Council on Education for the Ceramic Arts — a big deal in clay circles. And for the past month he’s been working on Reflect and Gather, a new installation at Mad Art Studio in South Lake Union. Rodriguez explores themes of identity and community, this time via a series of tiny rooms, each of which he constructed and adorned with more than 1,000 decorative tiles, handmade by the artist and community groups he invited to help. The repeated patterns create meditative spaces that allow minds to expand outside the box. –B.D.

Start your engines (and ready your reading glasses): this Saturday is Independent Bookstore Day. This ode to small booksellers — right here in the heart of Amazon — is a celebration of what lands Seattle on top of those “most literary cities” lists every year, and what earned us an official UNESCO City of Literature designation in 2017 (Read our story). The event takes place in 26 stores across the Puget Sound, from Bremerton to Redmond, Edmonds to Burien, and everywhere in between — including brand new Madison Books in Madison Park. Pick up a “passport” at any indie bookshop, get it stamped at as many locations as possible and earn discounts for future shopping sprees. Or leave the racing-around-town behind and just head to your favorite bookshop, dip into the snacks and plan to spend the day luxuriating in the aisles. –B.D.

If you go: Visit the Seattle Independent Bookstore Day website for maps of all participating bookstores. April 27, times vary. (Free)

This week, the talented singers of Seattle Women’s Chorus are offering a different take on a Sunday afternoon. Instead of lazing around with the newspaper and a cuppa tea, consider some head banging and full-throated belting. Devoted to power rockers of a female persuasion, the “Legends of Rock” concert showcases songs by Janis Joplin, Pat Benatar, Joan Jett, Patti Smith, Alanis Morissette, Florence Welch, Tina Turner, Debbie Harry and more women you’d kinda like to be — at least for one concert. Featuring Seattle songstress Ayesha “Musicbox” Brooks, and special guest Sarah Rudinoff, the local singer-actress-superstar who has the pipes to pull this thing off and bring the house down in the process. –B.D.

Four days of independent films about the Black experience — the Langston Hughes African American Film Festival (LHAAFF) is enticing from the get-go, as it promises an eye-opening array of provocative works you won’t see elsewhere. This 16th annual event showcases the customary mix of documentaries, shorts, dramas, comedies, dance films and other experimental works, as well as a rich lineup of public discussions with some 20 filmmakers included. Of special note are the offerings by local filmmakers, including Jamaal Bradley, whose day job is senior animator at Valve, and whose impressive animated short Substance reveals the different paths taken by two brothers. (Substance runs opening night, in the short films program, starting at 6 p.m.) –B.D.

MOMIX and Dance Theatre of Harlem

Two wildly different, world-renowned dance companies visit Seattle this week — and luckily their performance schedules will allow you to see both. First up, the creative geniuses of MOMIX bring their spectacular form of spectacle to Meany Hall. Making inventive use of props such as glowing light sticks, oversized rubber balls and suspension cables, not to mention trippy visual projections, MOMIX creates dance illusions as technically complicated as they are visually stunning. Next on the calendar is the Dance Theatre of Harlem, which this year celebrates 50 years of powerhouse performance. On this visit to the Paramount Theatre, the madly talented team will perform works from the beloved repertoire, which honors African Americans past and present via classical and modern ballet. Equally exciting is the extensive outreach work the group does as part of its mission, and will be conducting in Seattle with groups committed to developing young dancers, such as NW Tap Connection, Evergreen High School and Dance Fremont. –B.D.

Heiner Goebbels is a composer and theater artist whose multimedia Surrogate Cities describes the life of a metropolis. Goebbels’ unfettered brain has upended traditional opera, music and theater conventions for 40 years, and this latest work — which includes a world premiere segment for Seattle audiences — includes orchestra, machine-churned sound, text, vocalists, lighting and projection. Reflect on Seattle’s own growth and change as you witness what could be the most unusual concert that departing music director Ludovic Morlot has ever programmed. –Stephen Hegg 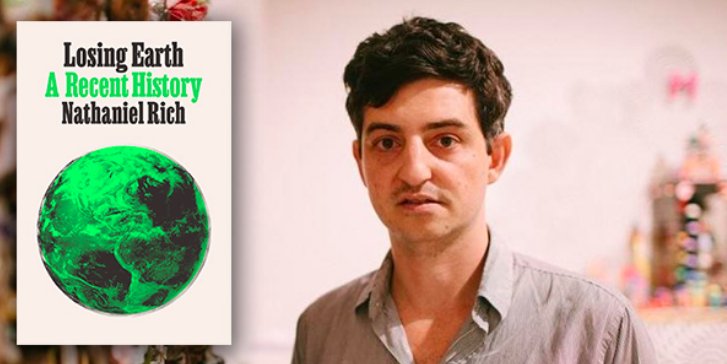 Not long ago, the writer Nathaniel Rich embarked on a daunting task: to document “The Decade We Almost Stopped Climate Change.” The 30,000-word opus, which appeared in the New York Times Magazine in August, chronicled the once-in-a-millennium opportunity to jolt the world into clarity about the perils of global warming. “Nearly everything we understand about global warming was understood in 1979,” writes Rich, in the prologue to his story. This was a time before climate change had become a partisan issue and before the fossil fuel industry had deliberately spread false information about climate science. Politicians on both sides of the aisle, in concert with other global leaders, were moving toward an international agreement aimed at reducing carbon emissions. Hope for action was alive — until it wasn’t. By the end of the ’80s, a new era dawned and the old consensus crumbled. Left in its wake was the entrenched climate skepticism that today poisons the American political landscape. Rich’s main thesis — that human nature deserves the lion’s share of blame for blowing our chance at solving climate change, rather than capitalism and fossil fuel interests — garnered fierce criticism from the climate-minded left (e.g., Naomi Klein, among others) when the piece published. Others hailed it as a significant achievement. The explosive response convinced Rich to expand the essay into a book-length version, which is out now under the title: Losing Earth: A Recent History. On Friday, journalist Zoya Teirstein, who covers climate news for Grist, will interview Rich about the new book and the dangerous storm coming for our embattled planet. –Mason Bryan 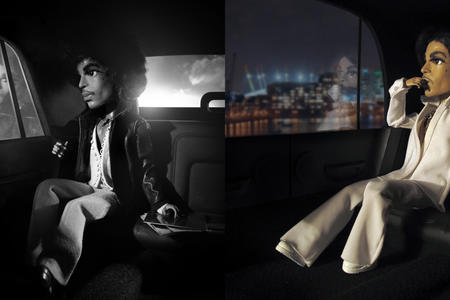 Artist Troy Gua honors the legend with his Le Petit Prince doll in an exhibit at MoPOP.

Artist Troy Gua honors the legend with his Le Petit Prince doll in an exhibit at MoPOP.