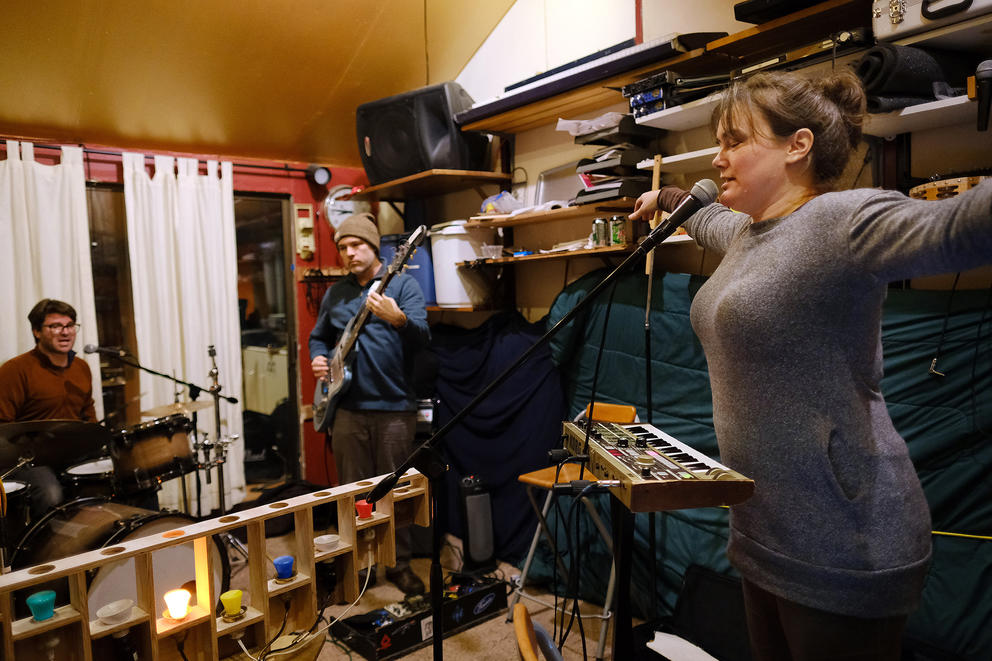 It was one of those magical nights musicians live for. Matt Riley still remembers how the crowd danced and bopped balloons around. The small, velvet-curtained stage of the Columbia City Theatre barely contained the ad hoc band: three backup singers, musicians on bass, piano and guitar, plus a couple of horns, a drummer (dressed in a bunny costume), and Riley himself behind the mic. In the words of the song they were singing, they were having a “Funky Good Time.”

“This is awesome!” Riley, a classically trained singer but not a professional musician, remembers yelling over the music. “Why don’t we do this every weekend?”

In the dimly lit green room after the performance, Riley, Manges and musician and singer Sari Breznau — fueled by Rainier tallboys — did some back-of-the-napkin calculations. Tickets were $20 and they packed the house. But after payments to the sound and lighting staff, rehearsal hours, gas money and instrument upkeep, how much would each performer involved in that night’s show have made per hour?

“I’m pretty sure it was 19 cents an hour,” Riley says, four years later. “We’re talking about world-class musicians with 20, 30 years of training and experience. And for them to be living below the poverty line? I felt like there was something wrong with our world.”

Since playing that epic funk gig together, Riley, Manges and Breznau have been on a mission to help “art martyrs” who create music and performances for very little monetary compensation (though they are reluctant to apply the term to themselves). The concept of their endeavor, the Art Martyrs Relief Society, is simple: Put together one show a year with a kickass lineup, pay the performers royally, preach the gospel that working artists deserve a fair wage, have a damn good time and repeat.

The group kickstarted the concert series in 2017 and has since then provided financial relief (plus a stage and a willing audience) to up-and-coming as well as bigger bands and performers, such as Northwest rapper and vocalist Guayaba, drag performer and dancer Cherdonna Sinatra and rock band The Black Tones.

As is the tradition, this year’s showcase, on Jan. 25 at the Sunset Tavern, is eclectic, to say the least. There’s folk and Americana by Tacoma-based singer Stephanie Anne Johnson; psychedelic clarinet and primal scream-fueled rock, courtesy of Seattle band Crystal Beth; and “dark basement” rock by local shapeshifter trio Tres Leches. Alt-drag artist Arson Nicki will perform as well, and comedian Brett Hamil serves as emcee.

Also on the bill is Mantraband, a group led by Breznau and Manges and joined by six singers (including Riley). They will perform 10-minute original songs consisting of sing-along mantras between the main acts.

Except for Mantraband, each of the performers — including individual band members — will earn roughly $1,000 for the night. For some musicians, that’s five, 10 or 20 times the usual fee for a gig. The group likes to call these payments “grants,” from what is essentially a pay-it-forward formula: Patrons attending the show can choose to pay anywhere from $8 to $250 for admission, knowing that the money will go to next year’s performers.

It’s all very DIY: there’s no nonprofit, no application process, and they say the selection process is merely asking “working artists” if they’d like to come perform. Nevertheless, last year, the group began sponsoring other events with one-time $1,000 grants.

It’s smaller-scale philanthropy with a twist, Riley says. “We don’t want to make these shows the equivalent of the Fred Hutch gala,” he says. “That’s $500 to get into.” That’s a fantastic event, Riley explains, but the Art Martyrs Relief Society is different: You won’t get a plaque, free wine or a swag bag, nor your name in lights on a big screen. “It’s not going to stroke your ego,” he says.

What you get, as a donor, is the knowledge that you’ve helped the creation of new art by supporting artists directly, without needing drawn-out grant applications, Riley says. As a result, maybe someone gets their car fixed so they can get to the next show, or enough money for time in a recording studio. Or just peace of mind.

“There’s a lot of grants out there, but they don’t reach a certain level of artist,” Breznau says.

“In a lot of ways we’re just trying to keep the ball rolling,” Manges adds. “We're not giving out a ton of money, but we're giving out enough money that somebody might move to making their record a little sooner. They might do their one-person show a little faster.”

“To encourage them to keep going is really what it's all about,” Riley says.

The founders of the Art Martyrs Relief Society all know a thing or two about keeping on. Manges, the bunny drummer and a longtime friend of Riley, and Breznau met as performing artists in the vaudeville cabaret troupe Circus Contraption. Manges now works as a physical therapist by day and pieces together a nighttime musical career from songwriting and performing with The Annie Ford band and various drumming gigs in town. Breznau teaches piano lessons and directs multiple choirs, including a women’s choir at Mary’s Place, the local organization serving families struggling with homelessness. She also sings in an ABBA cover band.

It’s a hustle, Breznau admits, ahead of a recent Mantraband rehearsal. In a cramped West Seattle rehearsal studio, she’s trying to sync the synthesizer and vocoder with her laptop set up on two folding chairs.

“I have a day job now, and I hustle less,” Manges says.

“I mean,” Breznau interjects, addressing Manges. “I'm sorry to break it to you, but you're hustling.”

They both laugh, because what else is there to do when you’re performing for pennies, or never get to spend a Christmas Eve with family because you’re always gigging, or have to get expensive individual health insurance — all while seeing your city, and its homes and rehearsal spaces, become increasingly unaffordable?

“It's a tricky equation,” Manges says. “Artists are struggling, but at the same time, there’s so much money here. It's like: all you gotta do is connect those two dots.”

That’s where the Art Martyrs come in. Paying the performing artists good money is just one part of the equation. Showing the audience that it’s a two-way street is the other.

“It’s a circle,” Riley says. “If [the performer] is able to take their time and make things that are of high quality, you — the audience — benefits. We, the popular culture of Seattle, benefit. Don't we all want to ensure that performing artists are still part of our culture and our community five, 10, 50 and 100 years from now?”

Breznau and Manges hasten to add that this audience “responsibility” is also fun. That’s why they started the Mantraband, a “non-ego driven” groove and disco concept band they also call “summer camp for adults.” The only lyrics are the sing-along slogans.

As a sample mantra, Breznau offers up “That’s not my shit, that’s your shit.” Then she launches into song: “If you have a problem with me/ That’s your problem,” she sings softly. “That’s part of the same song,” she explains.

“It makes it possible for the audience to start singing along,” Breznau says. “We’re trying to create an experience where the audience can achieve some sort of catharsis because they feel really supported in participating.”

“That's why we wanted Mantraband to be a participatory group experience,” Manges adds. “Where it feels like the audience has a role.” 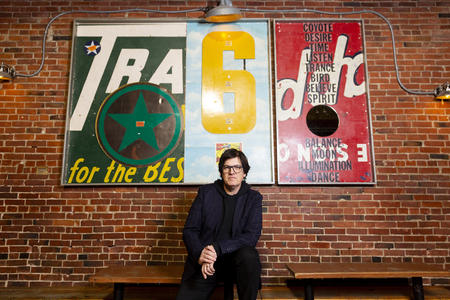 by / January 10
Article continues below 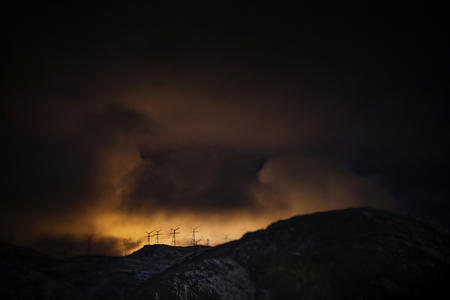 From floods to wildfires, mapping programs in Cascadia are showing scientists which communities face higher risk.