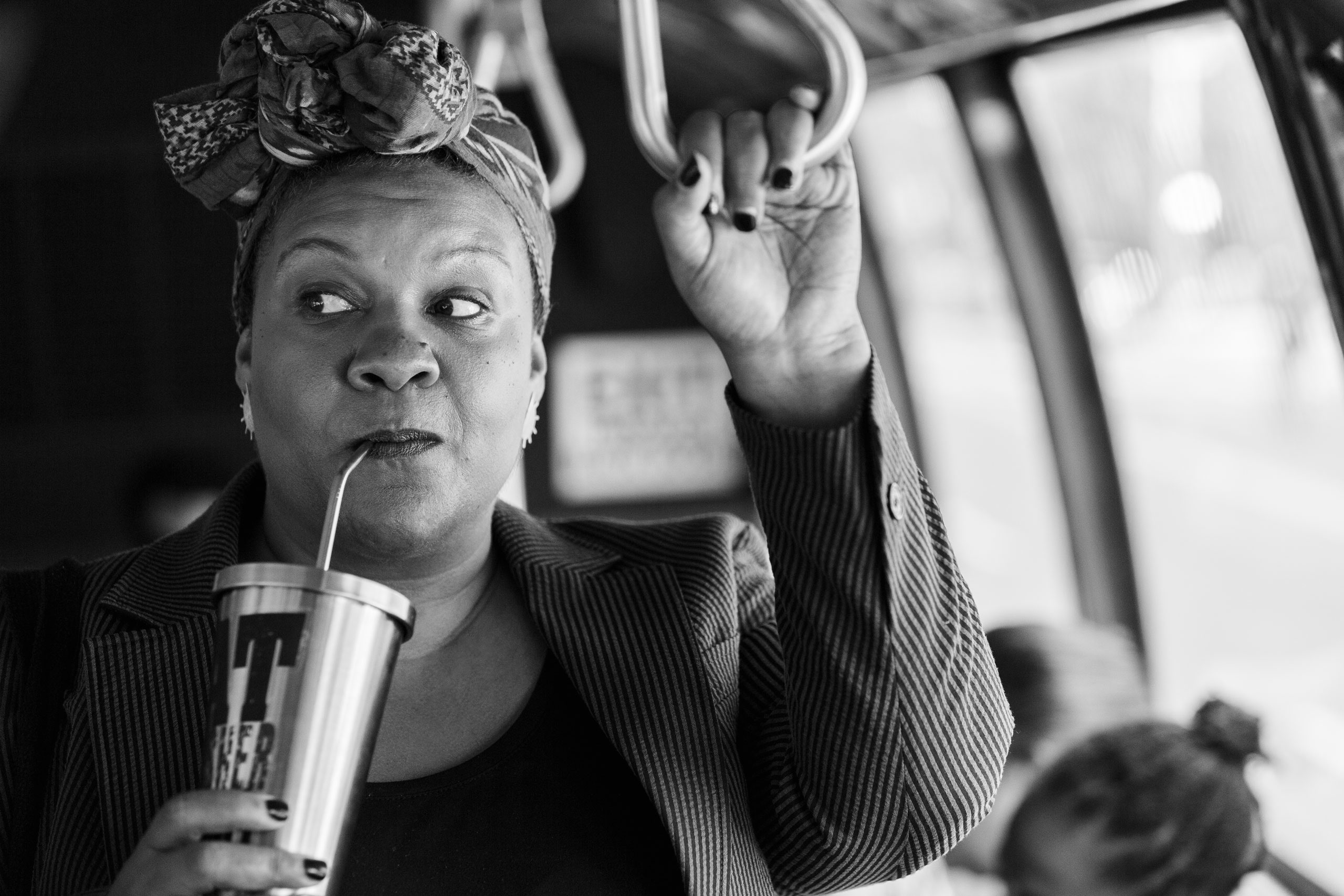 There’s nothing quite like the joy of encountering a fresh artistic voice you want to hang out with for a good chunk of time. I experienced it while watching the new Netflix movie The Forty-Year-Old Version, written, directed by and starring New York-based playwright Radha Blank. It’s not a local story, but it resonates widely and is one of the most self-aware, insightful and funny portrayals of pursuing a creative life that I’ve seen in a long while.

Interestingly, local Intiman Theatre is hosting a conversation on this very topic on Tuesday: Black Theatre Beyond the Politics of Representation (Feb. 23, 5 p.m. Free), with Intiman board Chair Jasmine Jamillah Mahmoud, playwright Wind Dell Woods and Black-drama scholar Stacie McCormick. At issue: “How Blackness gets to be represented on stage.”

Paralyzed by the conundrum (and the death of her artist mother), Radha opts out and tries her hand at doing hip-hop “from the 40-year-old woman’s point of view.” What sounds like a gimmick turns out to be an authentic way for Radha to rediscover herself. It’s all understatedly, charmingly played by Blank, who has perfect comic timing and star magnetism.

In addition to being a totally enjoyable watch, the film made me think of all the Seattle artists, particularly playwrights and screenwriters of color, striving to create work that reflects their voices (and pays their bills), whether they are telling their own stories or those of others. 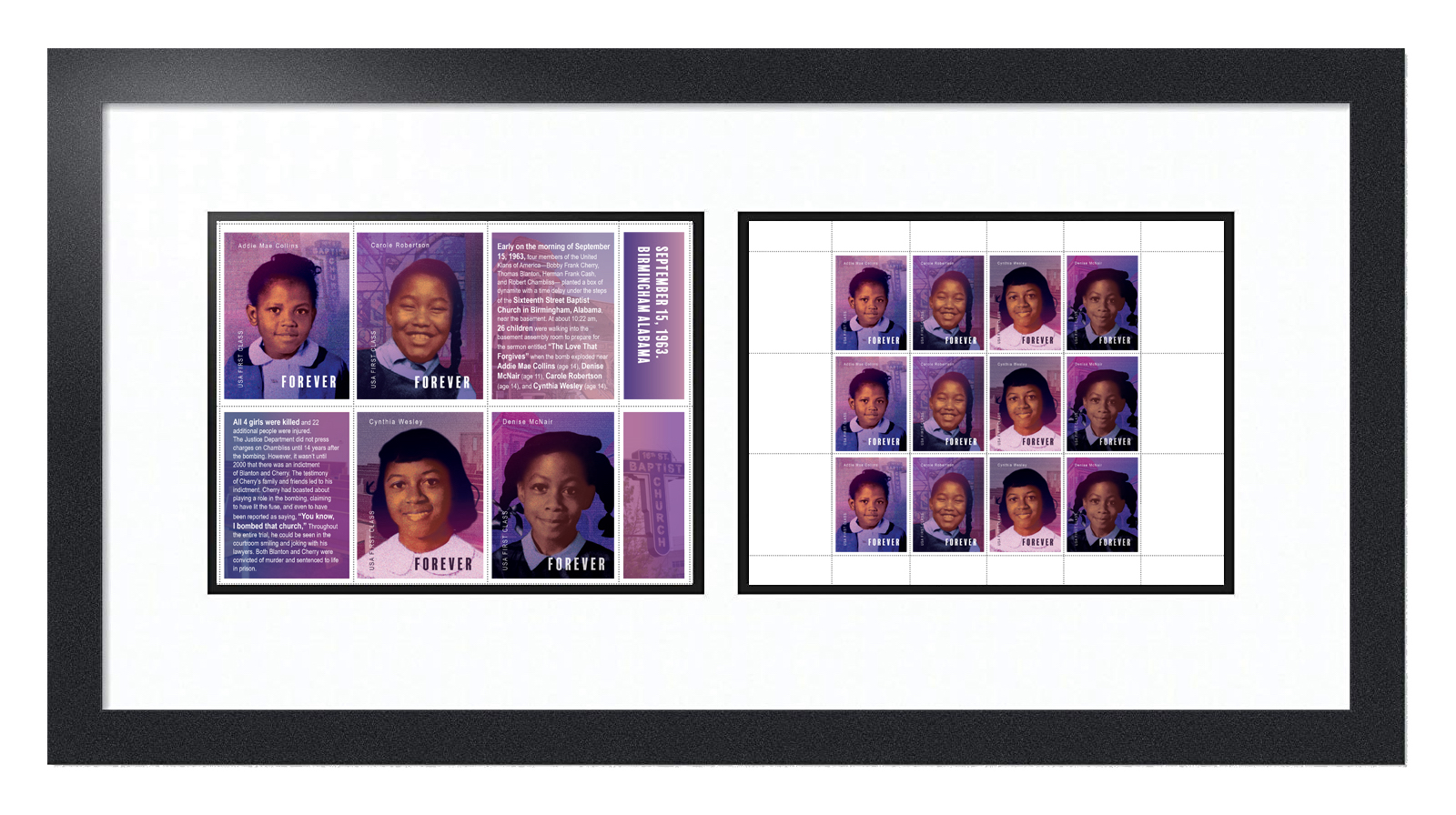 Earlier this week, Crosscut contributor Misha Berson wrote about another contemporary Black playwright, Seattle-based Cheryl L. West, who has been working while theaters are closed on a timely new play about voting rights advocate Fannie Lou Hamer. West is known for portraying historical icons (such as rock ’n’ roller Rosetta Tharpe, in Shout, Sister, Shout!) with a relatable complexity. “Cheryl always speaks for the lone voices, the women’s voices,” E. Faye Butler, who plays Hamer in Fannie, told Berson. “I knew who [Hamer] was, but when I was working with Cheryl, that’s when she came alive for me.”

Also bringing history alive for today’s audiences are several visual art shows now (or soon to be) on view. (As I mentioned a couple of newsletters ago, regional museums have started to reopen as part of Phase 2.) This week, Crosscut reporter Margo Vansynghel delved into five intriguing new art exhibits. I’m particularly curious about the show at the National Nordic Museum, La Vaughn Belle: A History of Unruly Returns (Feb. 18-April 11), for which the St. Croix-based artist has painted large-scale collages of the blue-and-white patterns featured on Danish and Dutch pottery shards — which she says washed up on the beaches of her youth. I’m drawn to the original voice (and complicated beauty) in this representation of colonialism and diaspora.

Bainbridge Island Museum of Art reopens this Friday, too, and included among the new shows are selections from FOREVER, a series by Seattle- and Baltimore-based artist Paul Rucker (through May 9). Rucker has created large-scale, imagined U.S. Postage Stamps featuring the faces and stories of “civil rights martyrs,” who he believes tell a more complete story than the official stamps honoring the best-known leaders of the era. The collection includes portraits of the four girls killed in the 1963 church bombing in Birmingham, Alabama; Edwin T. Pratt, who led the Seattle Urban League before being murdered in his home; and Viola Fauver Liuzzo, a housewife and activist killed by the Ku Klux Klan. 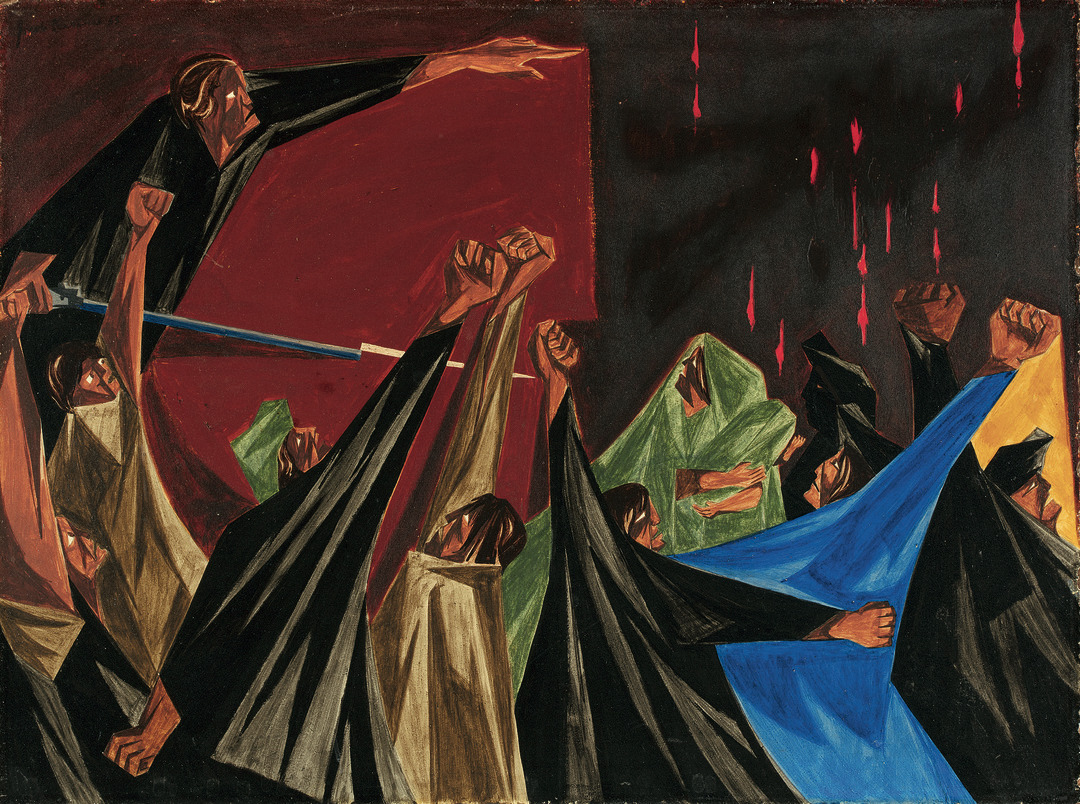 '...Is life so dear or peace so sweet as to be purchased at the price of chains and slavery?' Panel 1 (1955) from "Jacob Lawrence: The American Struggle," featuring a quote by Patrick Henry (1775), at Seattle Art Museum. (Photo by Bob Packert/PEM)

'...Is life so dear or peace so sweet as to be purchased at the price of chains and slavery?' Panel 1 (1955) from "Jacob Lawrence: The American Struggle," featuring a quote by Patrick Henry (1775), at Seattle Art Museum. (Photo by Bob Packert/PEM)

And one more new art show brings Black history to the fore: Starting today, you can reserve timed tickets for Seattle Art Museum’s new exhibit, Jacob Lawrence: The American Struggle (March 5-May 23, $20-$30, free First Thursdays). This 26-panel series reflects the longtime University of Washington art professor’s remarkable eye for color and figures. Here, his lens is laser focused on the American Revolution and the founding of our democracy. Notably, alongside his portrayals of founding fathers are scenes of an uprising of enslaved people, Native warriors and chiefs, worn out soldiers and other disempowered participants. These paintings are fiery, vigorous and engrossing.

Pro tip: Before heading to the Lawrence show, consider brushing up on your backstory with From Migration to Mark Making: George Bush, Jacob Lawrence and the Impact of Black Pioneers in Washington State. Co-presented by the Northwest African American Museum, Washington State Historical Society and KNKX, the talk will be led by Jacob Lawrence scholar Leslie King-Hammond (Feb. 25, 6 p.m. Free on NAAM’s Facebook page).

So much art to see in person — kind of a thrill, given these many dormant months! But, wait, I have just a couple more things to add to your agenda.

The Children’s Film Festival Seattle (not just for kids!) is streaming via Northwest Film Forum (Feb. 18-28). Among the 134 live-action and animated offerings from 37 countries is a lovely and haunting short film out of the Tacoma Urban Performing Arts Center. Harriet: The Black Swan in the Year of COVID-19 is a lyric dance film portraying several “seasons” of Harriet Tubman’s life by way of young ballet students performing in outdoor locations.

Also at Northwest Film Forum — and bringing us back to creative voices captured on film — is Thin Skin, by Seattle musician/comedian Ahamefule Oluo (Feb. 19, 6 p.m. $3-$25). Like The Forty-Year-Old Version, Thin Skin is a funny, poignant, musical and autobiographical take on what it means to choose “artist” as a career. (Note to fans of Seattle writer Ijeoma Oluo — who this week appeared on Time magazine’s list of “100 emerging leaders who are shaping the future” — she’s featured in the film, too, playing her real-life role of sister.) Yes, I’ve recommended Thin Skin before, but I’m doing so again because its release has been pretty limited so far. And it’s very good. I’d suggest a double feature. 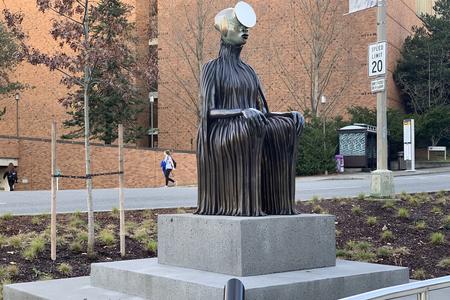 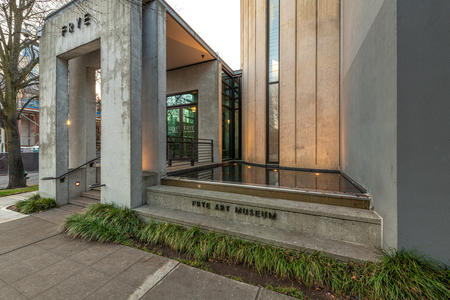