The chaotic year in immigration

As the nation was gripped by stories at the border, Seattle played a central role. 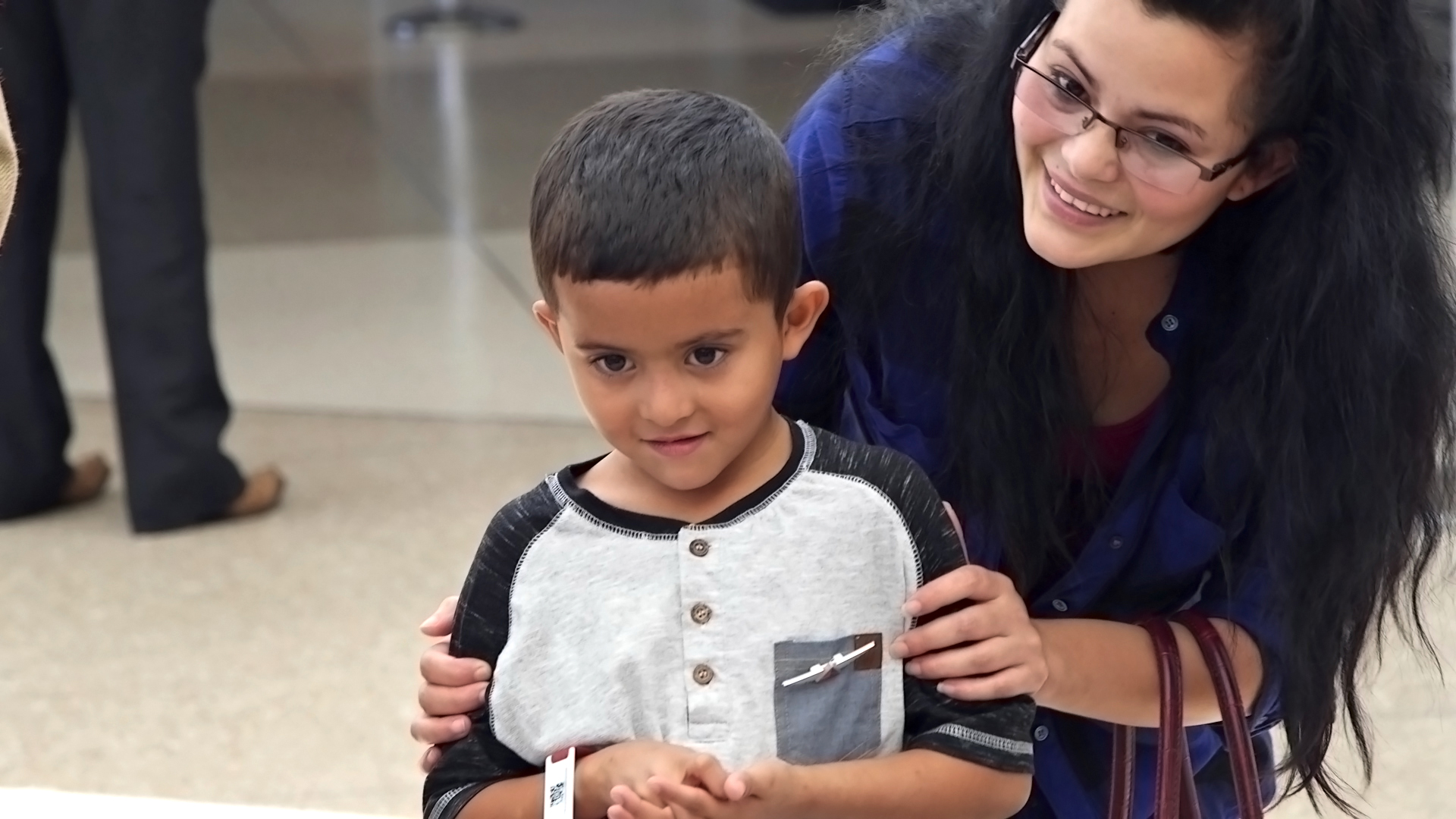 Six-year-old Jelsin is reunited with his mother Yolany Padilla at Seatle-Tacoma International Airport on Saturday, July 14, 2018. (Still image from video by Eric Keto/KCTS 9)

In a year of big, divisive storylines, the federal government’s approach to immigration was among the biggest. And many of the national stories about immigrants, asylum seekers and refugees have played out in our own backyard, with Washington state Attorney General Bob Ferguson playing a key role throughout. He has filed so many lawsuits against those he believes are infringing on immigrant rights that it’s hard to keep track.

In January, for example, Ferguson announced a lawsuit against Motel 6 after the national hotel chain admitted that, for at least two years, it voluntarily provided U.S. Immigration and Customs Enforcement agents with private information on some of its guests. In all, Motel 6 disclosed the personal information of more than 9,000 guests in Washington state. The case is proceeding. A trial has been set for May, according to Ferguson spokesperson Brionna Aho.

That same month, Crosscut broke the news that ICE had targeted prominent immigrant-rights activist Maru Mora Villalpando for deportation. She is one of several immigration advocates who received deportation orders this year. Months later, after several immigration hearings, Villalpando announced she would attempt to adjust her citizenship status through her daughter Josefina, a U.S. citizen who turned 21 in August.

The Trump administration also has proposed sweeping changes to immigration policy. Temporary Protected Status, otherwise known as TPS, was signed into law by President George H.W. Bush in 1990. The status allows individuals from countries where ongoing conflict, environmental disaster or other extraordinary circumstances make it too dangerous to return to legally remain in the United States. The Trump administration has attempted to end the program, leaving hundreds of thousands of immigrants in limbo. It argues the program is no longer needed because conditions back home for many immigrants have improved.

In October, a federal judge temporarily halted the administration’s TPS plan, but the Justice Department is appealing the decision. Here, in Washington state, approximately 2,900 people have TPS, the majority from El Salvador. In addition, there are about 3,000 U.S.-born children in Washington state whose parents benefit from the program.

The administration also has moved to detain and deport thousands of members of the Southeast Asian community. Advocates say many immigrants from Cambodia, Vietnam and Laos have either already been deported or are in danger of being forced to return to a country they scarcely recognize.

In March, Crosscut reported on one Cambodian immigrant facing deportation. And just this month, media outlets reported that the U.S. and Vietnamese governments had met to discuss a memorandum of understanding between the countries that barred the deportation of Vietnamese who arrived in the United States prior to July 12, 1995. If the administration pushes forward with the dissolution of the memorandum, thousands of Vietnamese immigrants with final removal orders could soon be deported.

Meanwhile, here in Washington, the American Civil Liberties Union issued a letter in March asking that Greyhound Lines stop allowing U.S. Customs and Border Protection (CBP) agents to routinely board its buses to question passengers about their immigration status, violating, they argue, their Fourth Amendment protections against “unreasonable searches and seizures.”

In October, the Spokane City Council passed an ordinance aimed at resolving the issue. Border patrol and ICE agents would need a warrant from a judge or permission from Spokane Mayor David Condon to conduct their searches. Despite the ordinance, however, there are reports that immigration officials continue to question those boarding buses.

In other Fourth Amendment news, lawyers with the Northwest Immigrant Rights Project continue to argue a specific type of cooperation between ICE and local jails violates the Constitution. They’ve taken up a case involving undocumented immigrant Antonio Sanchez Ochoa, who was arrested on an assault charge and booked into Yakima County jail. Ochoa was kept in custody even after his local charges were resolved. ICE had filled out a document, called an administrative warrant, noting that he was suspected of violating immigration laws.

In April, Seattle joined five other cities and 18 attorneys general in suing the Trump administration over a question on the upcoming 2020 Census asking residents about their citizenship status. Washington state also sued the administration over the question. The federal government argues that asking participants about their citizenship status will help enforce Section 2 of the Voting Rights Act, which aims to prevent voting-rights violations.

Others, however, fear that the question will deter much of the public from participating in the census, causing states with a large immigration population, including Washington, to lose billions in federal funding. After a trial last month, the mayor's office is currently awaiting U.S. District Judge Jesse Furman's ruling, said deputy communications director Kamaria Hightower.

This summer a Seattle church offered refuge to an undocumented immigrant at risk of deportation. Jose A. Robles, a 44-year-old husband and the father of three girls, still sleeps at Gethsemane Lutheran Church downtown.

And earlier this year, in perhaps what made the biggest immigration news, approximately 3,000 immigrant children were separated from their parents under President Trump’s “zero-tolerance” policy, which sought to criminally prosecute anyone who crosses the border without documentation. On June 20, after considerable public outcry, Trump issued an executive order meant to end the practice of family separation.

Still, approximately 55 parents separated from their children at the border were held at the Federal Detention Center in SeaTac and the Northwest Detention Center in Tacoma. In July, Yolany Padilla, an asylum seeker and mother from Honduras, became the first Washington parent to be released and reunited with her son. According to the Northwest Immigrant Rights Project, four parents at different stages of their immigration cases remain detained.

In November, Crosscut wrote about pushback from advocates regarding a proposal by the Department of Homeland Security to change the definition of an immigrant considered a “public charge” — someone who is primarily dependent on government programs for subsistence. The draft proposal encourages the government to weigh a wide range of factors in determining whether someone should be deemed a public charge and therefore be denied a green card or not allowed to extend or change their temporary status in the U.S.

According to the proposal, the definition of a public charge would include anyone who uses government assistance programs, such as federal public housing, Medicaid, the Supplemental Nutrition Assistance Program, or food stamps. So would factors such as being a child or a senior and having certain health conditions, limited English ability, less than a high school education and a poor credit history.

The year ended with the death of a detainee at the Northwest Immigration Detention Center in Tacoma. Mergensana Amar, a Russian asylum seeker who had staged a hunger strike in protest of his impending deportation, died after committing suicide in November. The Office of Inspector General for the Department of Homeland Security has opened an investigation.